For the first time in recent memory; I can't complain about Daylight saving Time. I know, I'm shocked, too. But, really, this year the change didn't kick me in the ass like it has in past years. In fact, when I woke up yesterday, I was happy to greet the sunshine, and, having an extra hour of sunlight went a long way in pulling me out of the godawful funk that the winter had sucked me down into.

I took advantage of the sunlight by cleaning out my flowerbeds (Tulips! Daffodils! Peony shoots!) and, by checking my compost to see how it fared over the winter (Not well. Adjustments were made). I also mentally tilled, fertilized and planted my vegetable garden. Actual tilling, fertilizing and planting won't take place for another month or so, but; a girl can dream.

I came thisclose to power-washing the porch but realized that it would be difficult to do without a power-washer, so; that will have to wait as well, but, not for long since I want the porch in top-notch shape before prom happens at the end of April.

The weather has also gotten the memo that spring has arrived and we are expecting temperatures in the high 60's for the duration of the week. That means I will be back to walking in the park. I've missed my walks and my ass will thank me for the exercise.

Speaking of exercise, the Man-Cub got in quite a workout this weekend, at his wrestling tournament in Pixler. He won four-out of six of his matches, placing 5th out of 16 teams. That's not too shabby. And, he looked good doing it. 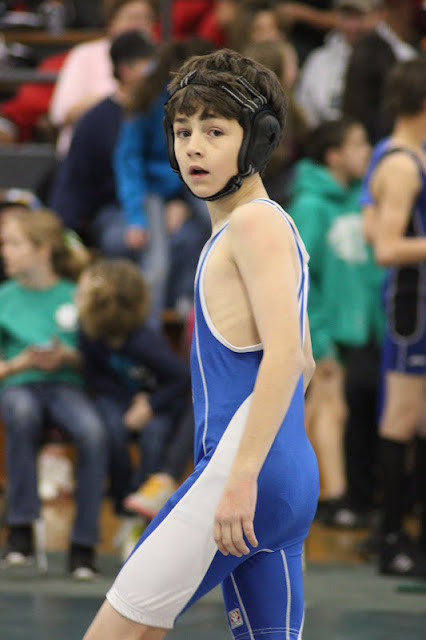 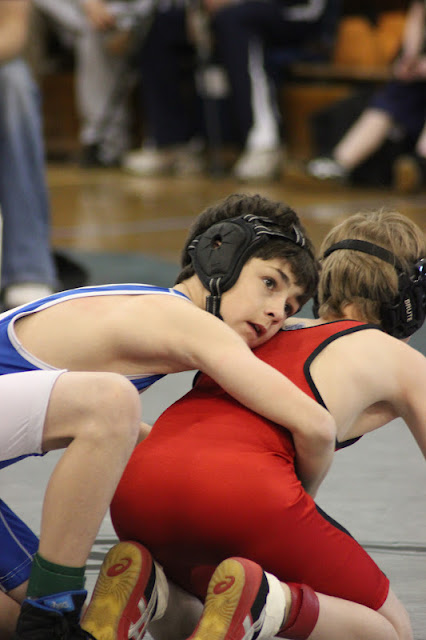 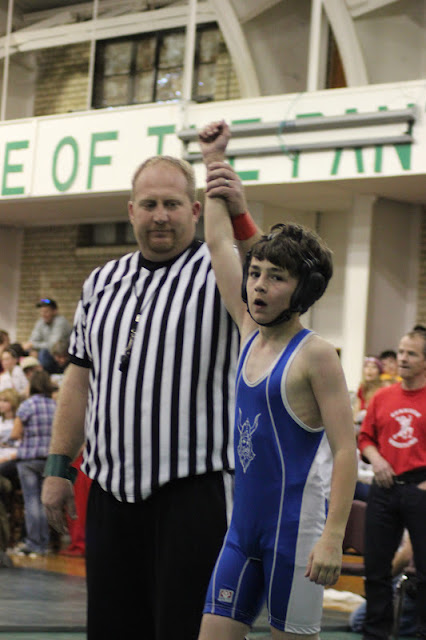 We are quite proud of him.

When I wasn't watching the Cub wrestle or soaking in the sunshine, I was cleaning the house; vacuuming up the equivalent of a small dog. Happily, with the nicer weather also comes the opportunity to leave the real dog outside at night. My allergies will delight in the change.

Also delightful; Finnigan is back to his old self. The hellcat reigns supreme.

And, The Teenager's recent acquisition of her driver's license has freed me from driving her to and from volleyball practices. I'm really starting to appreciate this "growing up" nonsense.