A Picture says a Thousand Words...

...but you're getting both, today.

Yesterday I attended my women's club's 24th annual Spring Luncheon. Wrestling and volleyball duties have kept me away from the luncheon for the past couple of years, so; it was really nice to be able to participate once again. It was also nice to have so many people comment on how much they had missed having me at the luncheons as well as hearing from numerous older ladies how much they missed Hugh and his handsome wine serving ways.

Hugh was occupied at...wait for it...a wrestling tournament, so, he was unable to join us but, apparently, his legend lives on.

Also, people still seem to think that I could still pull off bridal attire which I found very flattering. In a never-gonna-happen-again sort of way. The clothing I did model for the fashion show portion of the luncheon was far more casual than the get-ups they used to put me in (hello ginormous wedding dresses), with the minor exception of a skin-tight black cocktail dress that required an aggressive application of Spanx merely to get in to. I was most grateful for the change.

Also, I am now a Spanx advocate. And, had I really needed a skintight cocktail dress; the one I modeled yesterday would have been the one to own, according to several gentlemen in attendance who made a point of telling me just that following the show.

Although it had been a couple of years, I was pleased to find that my runway skills had not rusted, completely. That, and a liberal application of wine during the meal, allowed me to get through the show, despite four-inch hooker heels that were determined to kill me. As an aside, if you ever find yourself roped into modeling for charity, remember the following things:

One, the shoes make the outfit. The first thing I modeled was a very casual pair of white walking shorts with a black cami and a lipstick red cardigan. It was cute, but, when I added black and white polka-dotted lace-up espadrilles, it was SUPER-Cute. In that same vein, the correct hooker heel can detract attention from a plunging neckline, if one is uncomfortable with the Girls getting all the attention.

Two, if you are going to walk the runway, WALK the runway. Strut that stuff. Make an impression. People will look at the clothes but they will remember the attitude. Also, wine is your friend.

While the fashion show is fun, the real star of the luncheon is the decor. Hostesses decorate tables in keeping with the general theme of the luncheon which, this year, was Just For the Fun of It! The hostesses did an amazing job of translating what they consider "fun" into table themes, including several travel-themed tables... 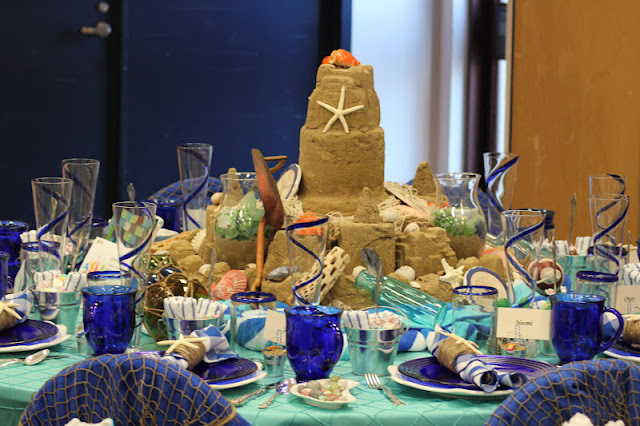 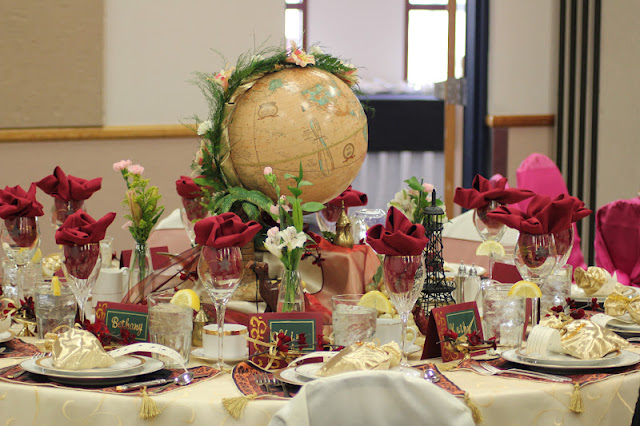 ....and tables that celebrated the hostesses' hobbies; things like art, gardening, and, the search for fairies.... 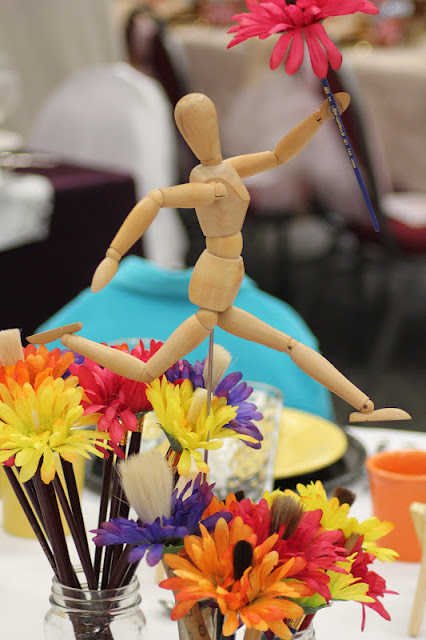 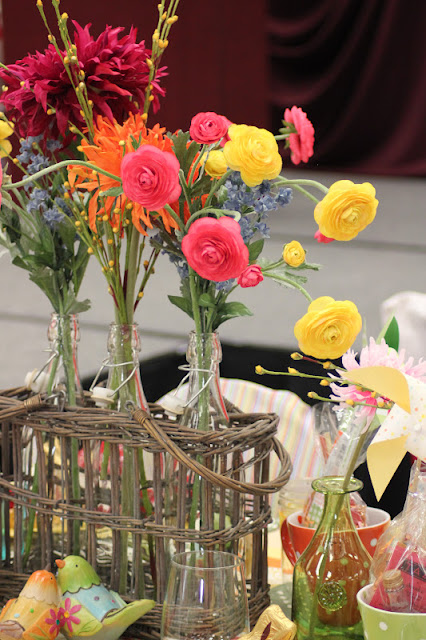 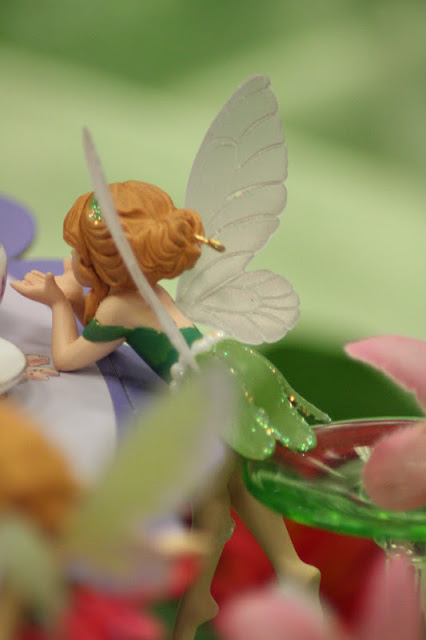 ...seriously, two tables were done in a fairy motif. They were lovely.

Of course, my personal favorite was a table that celebrated something that is sadly missing in my life right now... It was a festival of drool every time I walked by that table.

In addition to the eye-candy (pun intended), I enjoyed the luncheon because I got to see a lot of people that I don't run into very often since I left the corporate world for independent entrepreneurship, including one of the women who originally sponsored me in to the club ten years ago... 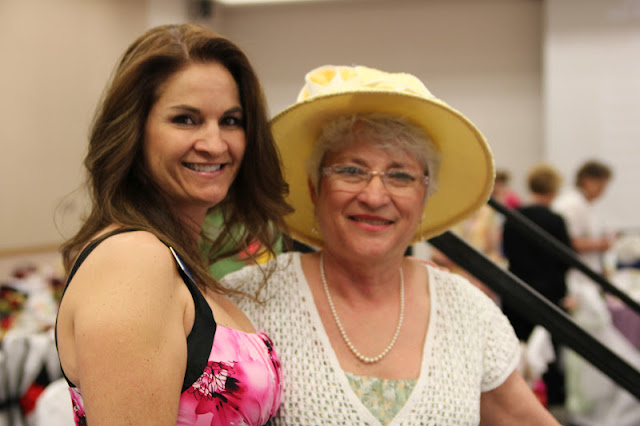 ...she has since resigned from the club, due to changes in her personal life, and, I've sure missed her face.

Plus, there is always a fierce vibe to a room full of women who are just out for a good time, and, I like a fierce vibe. 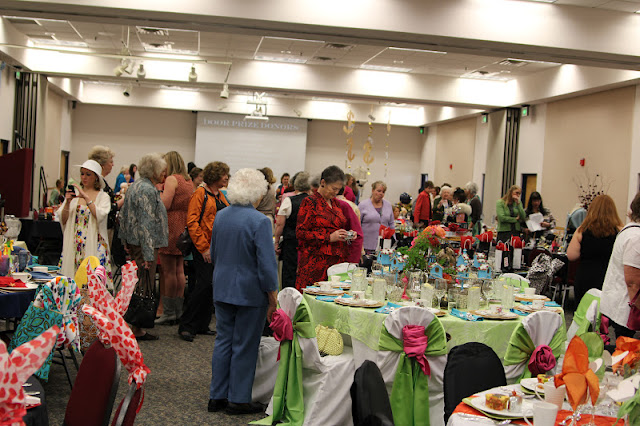 Even when I have to suffer four-inch hooker heels to feel it.

Oh, and P.S., next year's luncheon will be SUPER-Fierce, not just because I will be wearing cute shoes (although I'm sure I will), but, because I will be chairing the event. Awesome theme to follow, in three, two, one....

Once Upon a Springtime.

How freakin' fierce is THAT?!

I'm thinking a Mad Hatter table, a table to honor the villains of fairy tales and, you just KNOW the women who celebrated the search for fairies will be ALL OVER a fairytale theme.

Fierce times infinity. You heard it here, first.
Posted by Chelle at 11:32 AM