I Can't Believe We Pulled it Off

Today is Oscar's birthday. About a month ago, Hugh and his younger brother (who is back in the States on leave,  prior to departing on a one-year stint in Dubai)  started making plans to surprise Oscar with a visit.

The plan was for Hugh to pick up Younger Brother and his eight-year-old son at the airport after their flight from Maine. Then, he was to take them to Oscar's favorite restaurant where we would surprise both Oscar and Emily with their presence at a special birthday dinner.

The plan was rolling along quite well until Oscar and Emily decided to leave for a visit in Arizona last week.

Now, the men in my life tend to freak out over the slightest complication and, this seemed like a pretty big complication when one considers that Younger Brother was flying in from Maine with a rather tight window of opportunity for the visit. Factor in the fact that he hasn't seen his parents in almost two years as well as the whole leaving for the Middle East thing and you can see where there might have been some justification in the panic.

I kept my cool, of course, and, after conversing with Emily and determining that they would return from Arizona well in advance of Younger Brother's arrival; I encouraged the menfolk to stick with the plan.

The look on Oscar and Emily's faces this evening when they entered the restaurant and saw Younger Brother and his son was all the proof we needed that we had succeeded in our mission to provide Oscar with the best birthday surprise, ever.

As Hannibal Smith would say, "I love it when a plan comes together". 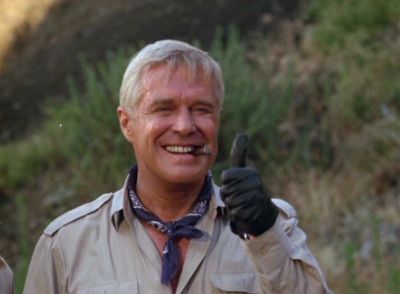