It Was a Good, Good Day

One of Hugh's friends officiated at yesterday's wrestling tournament, and, it is a testament to small town life when I say that we heckled that poor man like he was family. For instance, after the Cub won his first match, we gave the ref a very hard time for facing away from where we were sitting when raising the Cub's arm in victory. This, despite the fact that we were sitting opposite the score table which is the direction that the referee is supposed to face when declaring a victor. 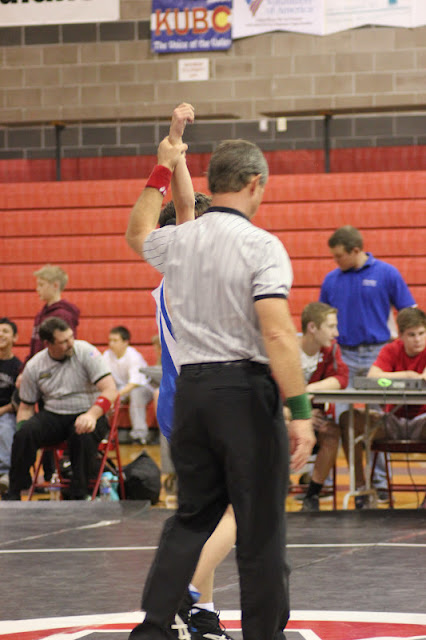 He made up for it when the Cub won his second match, however. 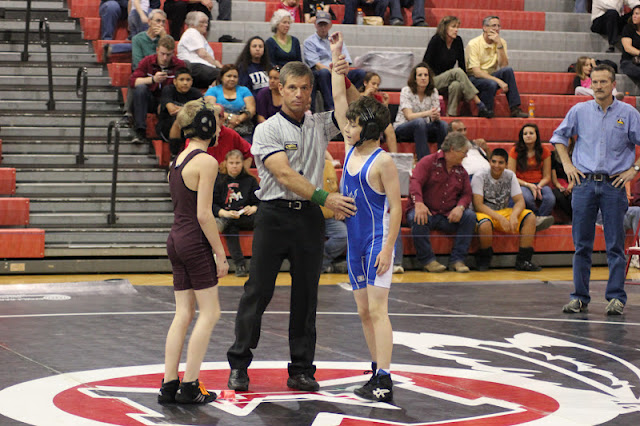 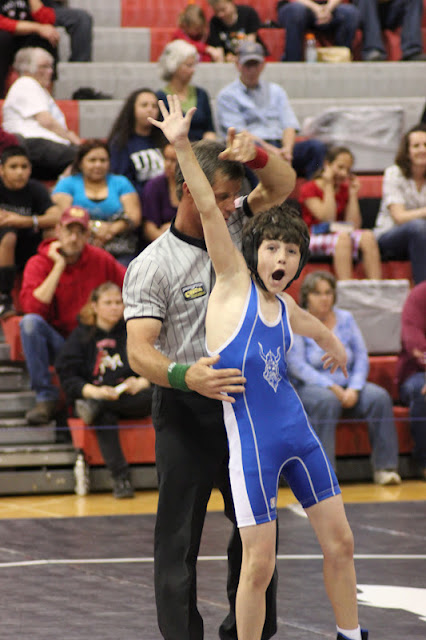 Of course, he did encourage the above-shown behavior from the Cub so; heckling clearly comes naturally to him, as well. The Cub took first place in his bracket, however, so we forgave the showboating. From both of them.

After the tournament, The Teenager and I headed to the High School to participate in our ASTRA club's most recent community service project; a literacy fair for the community's elementary students. We spent the next three hours reading, crafting, playing games and entertaining 20 First to Fourth grade students before inhaling a few slices of pizza and heading home.