Dante Had Nothing On Us

Friday evening, I jokingly posted the following statement on Facebook:

-I have discovered the eighth circle of hell. It involves having a yard sale.

By Sunday afternoon, I realized that it wasn't really a laughing matter. Also, the ninth and tenth circles of hell also involve yard sales. In short: Hell is a yard sale. Repent now! Before it is too late! On the off-chance that it is too late for you (SINNER!), let me offer the following advice about surviving your travels through The Inferno:

Friday afternoon and evening, I spent seven hours, sorting, folding, and displaying the fifty million articles of clothing that The Teenager had outgrown. Then, I experienced a rude awakening on Saturday, when, five minutes into the opening of the sale, every stitch of clothing had been picked up, pawed over, and discarded haphazardly across every table, with no regard to size, season, or condition. It was....depressing. The lesson here? Don't waste time with the folding.

Remember the story I told once about the old man at the hardware store who wanted me to hook him up with "some young gal", so she could "fulfill his needs"? Yeah, Saturday, I spent half an hour in an uncomfortable conversation with that same gentleman. The conversation once again included a plea for recommendations of a new friend for him as well as a twenty minute soliloquy about how we don't execute enough prisoners in this country. The discomfort created by that conversation paled in comparison to the discussion I had with a one-legged man who pedaled up on a bicycle and proceeded to tell me all about how he had come from Oklahoma to be with his soul mate who is, unfortunately, still married to her abusive husband despite the fact that he "loves her so much" (said through a sob as actual tears rolled down his cheeks) and is willing to do anything for her. Of course, that conversation was, according to The Teenager, nothing compared to the ten minutes that she spent cornered by an elderly lady who quizzed her relentlessly about whether or not she had accepted our Lord and Savior, Jesus Christ into her bosom (she has). The lesson? People who are willing to spend five dollars on a box of empty baby food jars or ten dollars on a tote full of random wiring will probably want to indulge in some cheap talk-therapy; humor them, but, keep your cell phone handy-and your husband on speed dial-in case you need to call for back-up. 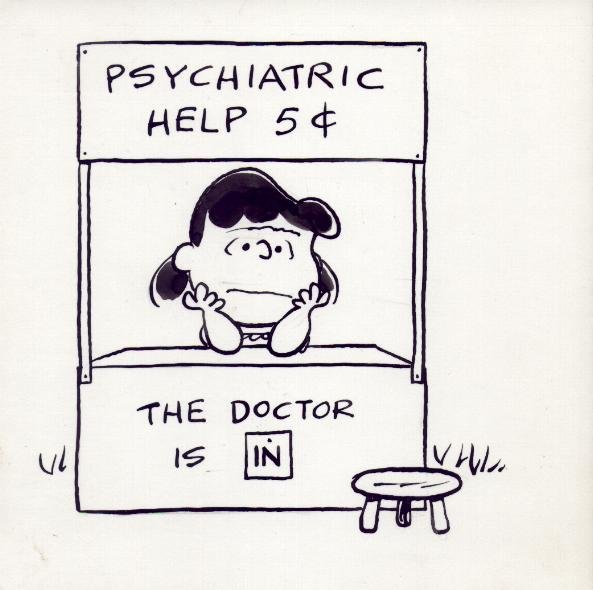 When you are planning your yard sale, be sure to check the local community calendar to ascertain that you are not competing with some big event. In the event that your sale does happen to coincide with the biggest community event of the season, don't be terribly surprised if the local news crew shows up at your house to ask if you chose the weekend of the event because you assumed that it would create more traffic for your sale. Also, don't be terribly surprised at the look of shock on the reporter's face when you refuse to appear on camera due to the fact that you are sporting "yard sale hair". The reporter doesn't believe that is a real malady but you and I know differently. 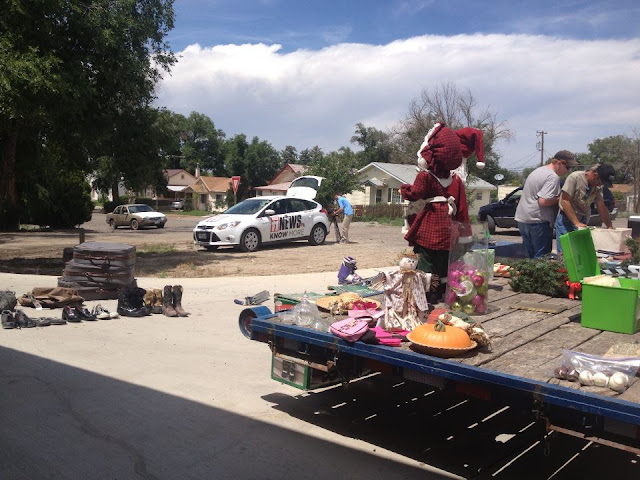 Once you have exhausted your patience with the unwashed masses pawing through your cast-offs and wish to simply pack up and take a nap, remember to place several boxes of unsold items into boxes labeled "free". Place said boxes on the road in front of your house, in a spot that allows for you to observe without being seen. Grab a snack, sit back, and watch as people who balked at paying twenty-five cents for a stuffed banana that your son won at the county fair raid the boxes in search of said banana. Lesson learned here? You might not make a lot of money on your yard sale, but, some forms of entertainment are cheap, so, take advantage.

Later, when the last empty box is broken down for recycling and the last quarter has been counted, give yourself a pat on the back. You survived the descent and made it out, alive. I mean, more than likely.

If not, I hope your eternity doesn't truly consist of back-to-back yard sales, 'cuz that would just suck.
Posted by Chelle at 8:01 PM