Earlier this week, the kids and I went to the High School to complete their registration forms for the new year. They are a Senior and a Freshman and both seem excited about the prospect of going back to school.

The Man-Cub's first day is Monday, the 19th, while The Teenager starts a day later, on the 20th. I'm a little bummed about the split start, mainly because I always take a picture of the kids together on their first day of school and now, when I take the picture, it will kind of be like cheating. Also, with The Teenager starting college next year, it will be my last opportunity for that picture of them together (insert sad face HERE). 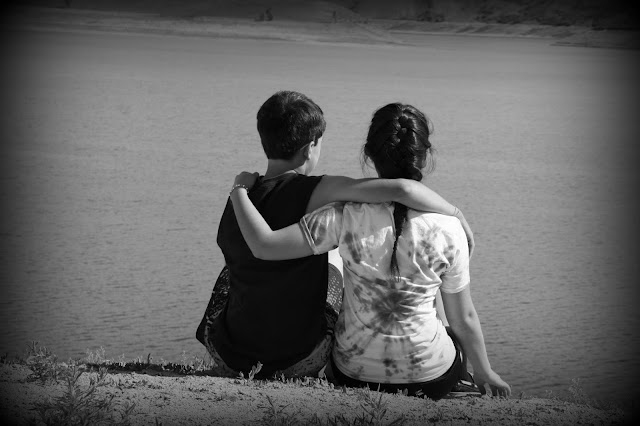 Speaking of The Teenager starting college, later today, she, a friend of hers, and I are leaving for the city of my Alma Mater, so the kids can tour the college in the morning. I'm looking forward to having my chance to campaign for my old school, like Hugh had last month. I'm also looking forward to seeing Jules and her family, since we will be crashing with them, tonight.

In other news of The Teenager, volleyball is still on the table. The Teenager decided that she wasn't willing to throw in the towel at this point in the game (Senior year), and, has attended every practice, camp, scrimmage, and team meeting. The "Coach" has continued to favor her "chosen six" and The Teenager has come to accept that she won't be getting much play time; she is somewhat peaceful with that fact, now. What she isn't comfortable with is the "coach's" motivational technique, wherein she harangues the girls for every mistake made by any player not included in the favored six. Conditioning is important, but, when the girls are constantly running as punishment, it gets old, fast. Oh, and the "coach's" continuing threat of cutting girls from every grade level- including Seniors-from the team for every perceived infraction is also getting old.

It might be a long season, but, The Teenager seems determined to enjoy it to the best of her ability.

While we are on the topic of sports, I should report that the Man-Cub is in full-on football mode. He practices every evening and two-a-day practices start next week. So far, he is sore but excited. I'm feeling pretty Zen about the football thing, mainly because I know he will be playing on the Freshman team and won't be in as much danger of being run over by a Senior.

On a topic related to the beginning of school, but, in no way related to sports: we are going school clothes shopping this weekend. I'm not planning on buying an entire wardrobe for each kid (the Cub is due for another growth spurt any day now and The Teenager likes to spread her clothing allowance over the school year to keep her looking fashion-forward), but, it will be an investment, for sure. I also paid all those registration fees earlier this week ($285 for our free public education), so, the money that we made at last weekend's yard sale (just under $1000 with the sale of the Man-Cub's bedroom set) has been a welcome bonus to the household budget.

And, that about covers it for news of the children (because you were just sitting on the edge of your seat, awaiting word, I'm sure).

Oh, one more thing: the Man-Cub is now taller than his sister. He has shown true restraint when it comes to teasing his sister about this fact. 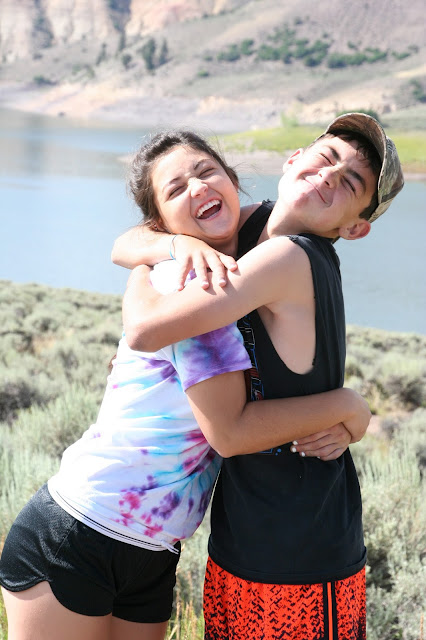 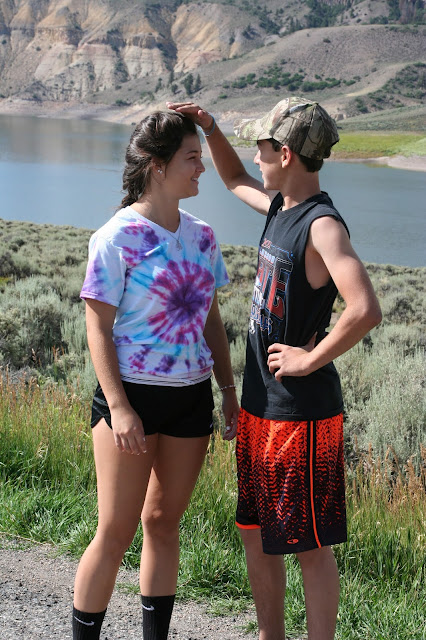 Oh, and he finished his Drivers Ed class last week, which means that, less than two months from now, he will be behind the wheel of a car. Be afraid, folks, be very afraid.
Posted by Chelle at 7:45 AM