I Guess It Could Be an ICED Chocolate Bar

Despite almost record-warm days,the nights and early mornings here in Petticoat Junction have gotten quite chilly. So, of course I busted out this year's hot cocoa bar. 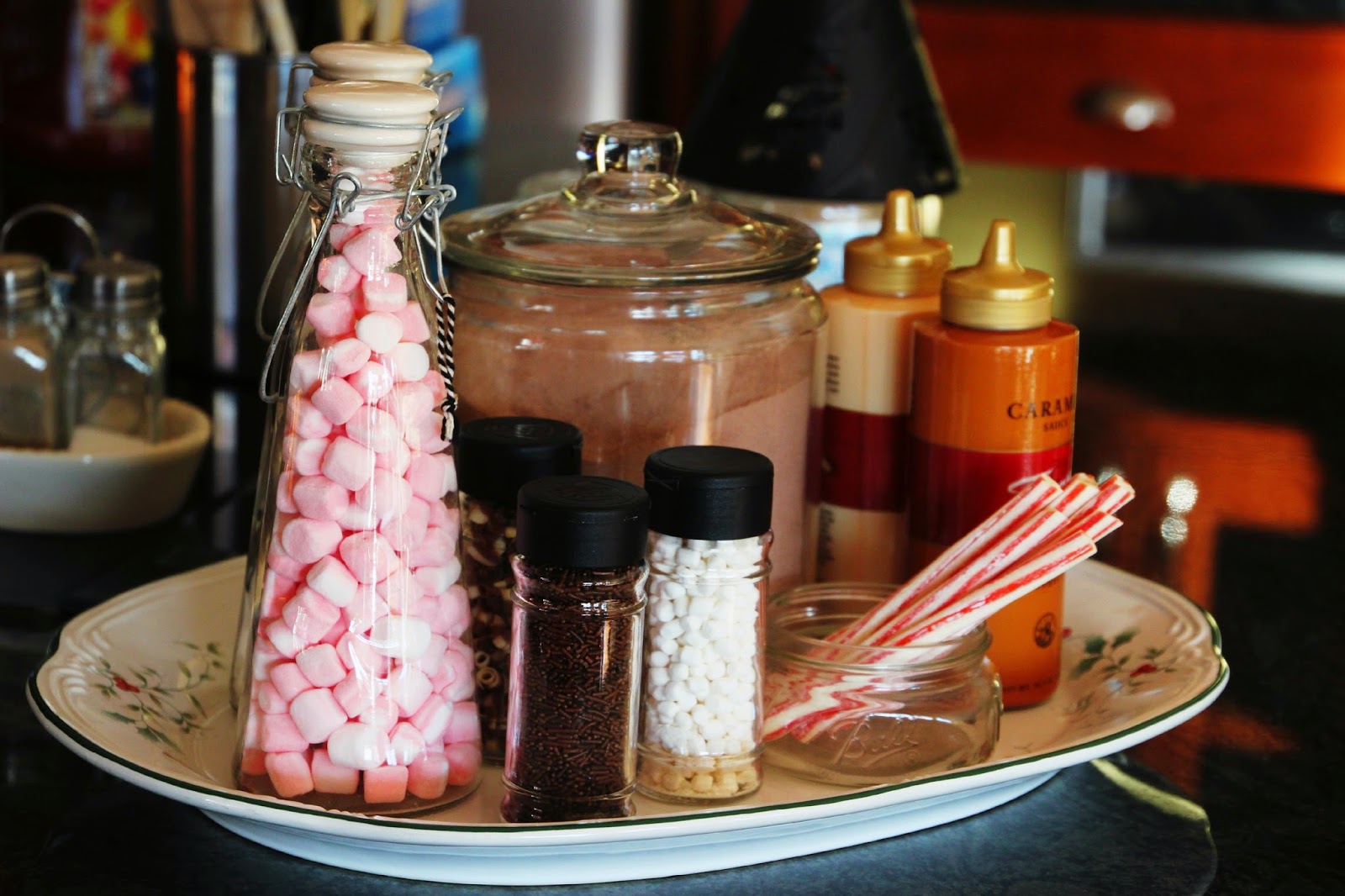 The Man-Cub has been taking full advantage of it, so much so that I had to invest in a package of disposable hot beverage cups with lids; I had grown weary of the Cub running off with my travel mugs, never to be seen again (or, at least not until he cleans out his locker at the end of the year, at which point there will be no getting the nasty washed out).

The forecast for the next week or so promises more sunshine and warm temperatures so I am debating the merits of reclaiming counter space by temporarily retiring the bar to the pantry. Of course, the second I do that, a blizzard will roll in, so, instead, I think I will encourage the Cub to throw some ice on his cocoa and call it a Frappuccino.

We'll be the only family on the block with a Frappuccino bar. I could live with that.
Posted by Chelle at 9:43 AM