My house has been fully decorated since before Thanksgiving and I haven't yet gotten around to taking pictures of the decorations. I blame that partly on the fact that the lights on the front porch are still not right (The Never Ending Saga of the Lights. Coming soon to a blog near you!), and partly on the fact that I am lazy (Or, because I'm feeling a bit bah-humbug this year; could go either way).

I will eventually get around to the photos (And to baking cookies, shopping for presents, wrapping presents, mailing holiday cards, and/or generally feeling the holiday spirit. Grief is fun!), but, in the meantime, I have photos from past Christmases to share, and, that's really more fun, anyway; retro is in, y'all!

Where to begin...how about Christmas 1968? My first Christmas. I can't tell you what I got that year, other than utter humiliation at the hands of my parents, who dressed me like a certain jolly old elf. Thanks, Mom and Dad! 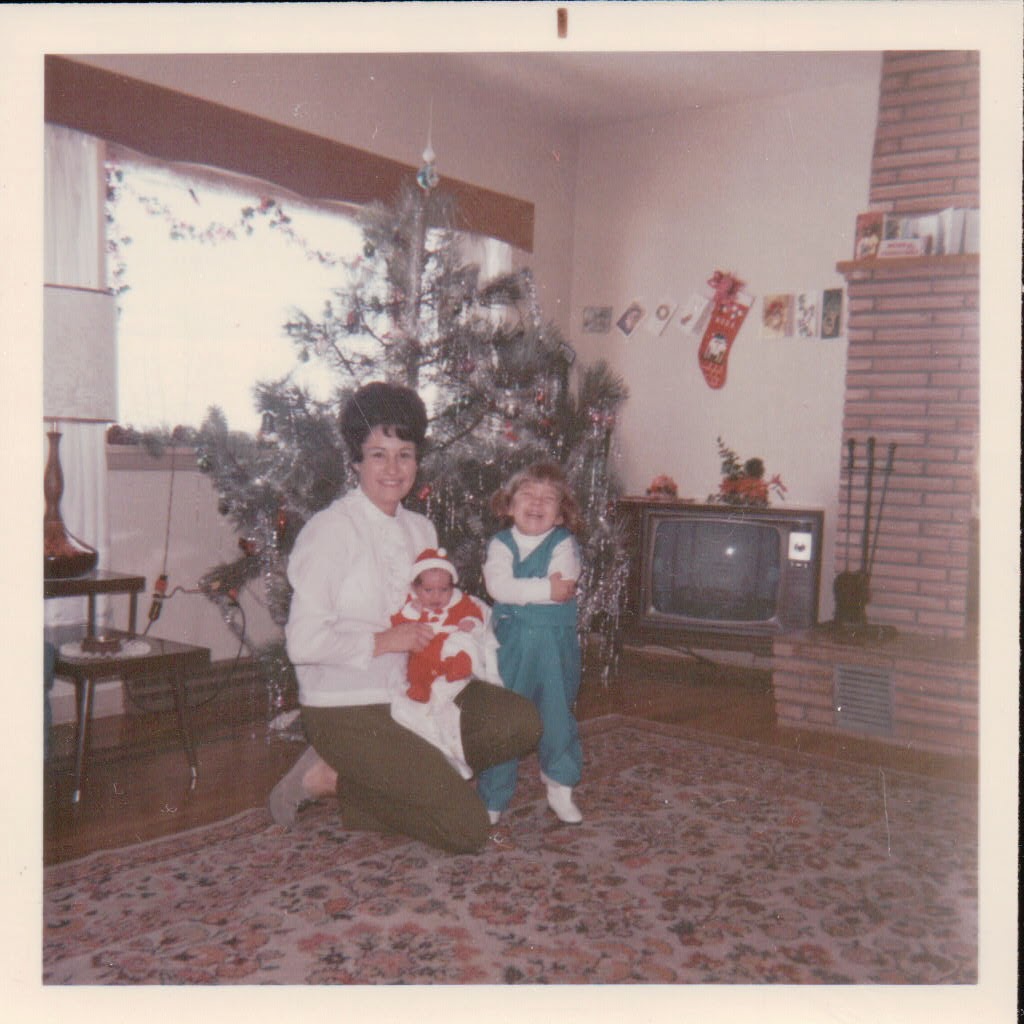 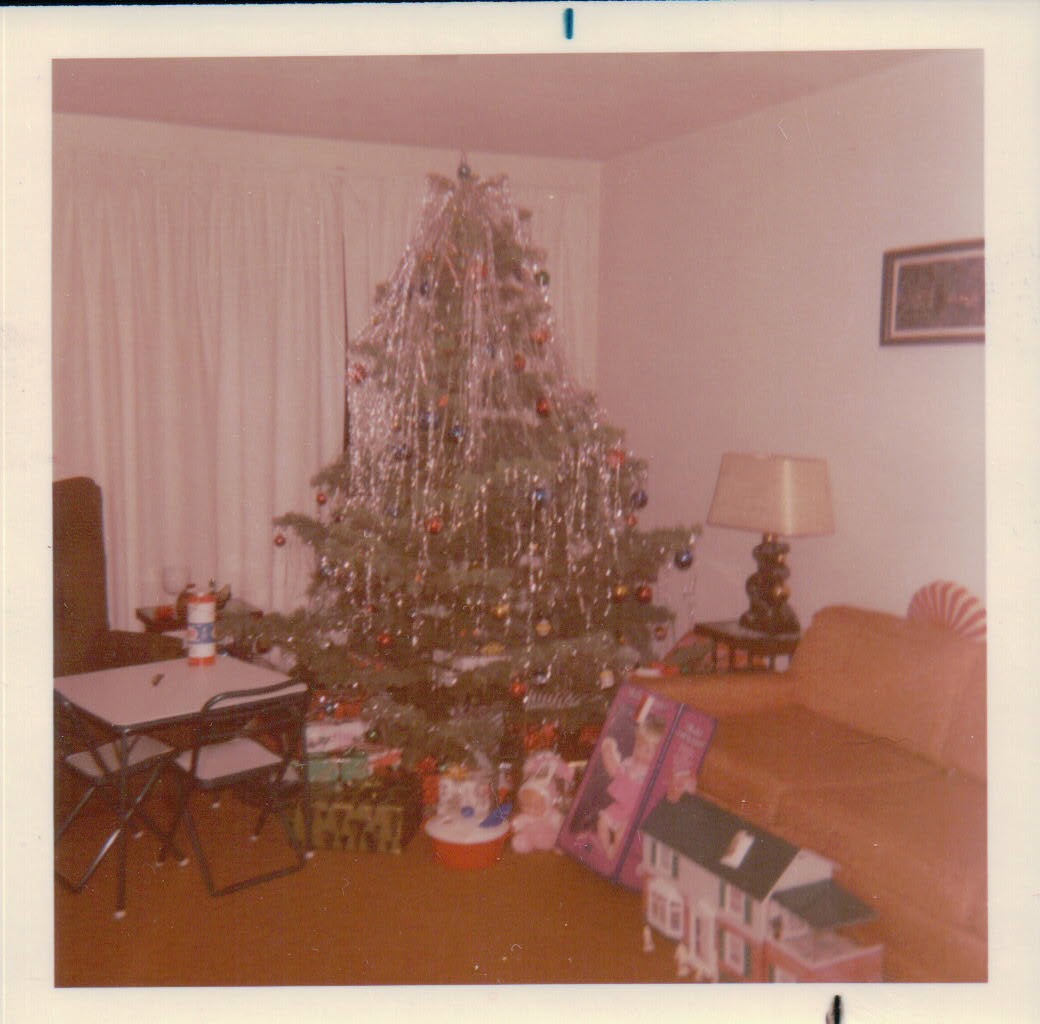 I must have been a little over a year old and, judging from the photo below, totally thrilled to have received an...um..not sure what that is. But, clearly, it rocked.** 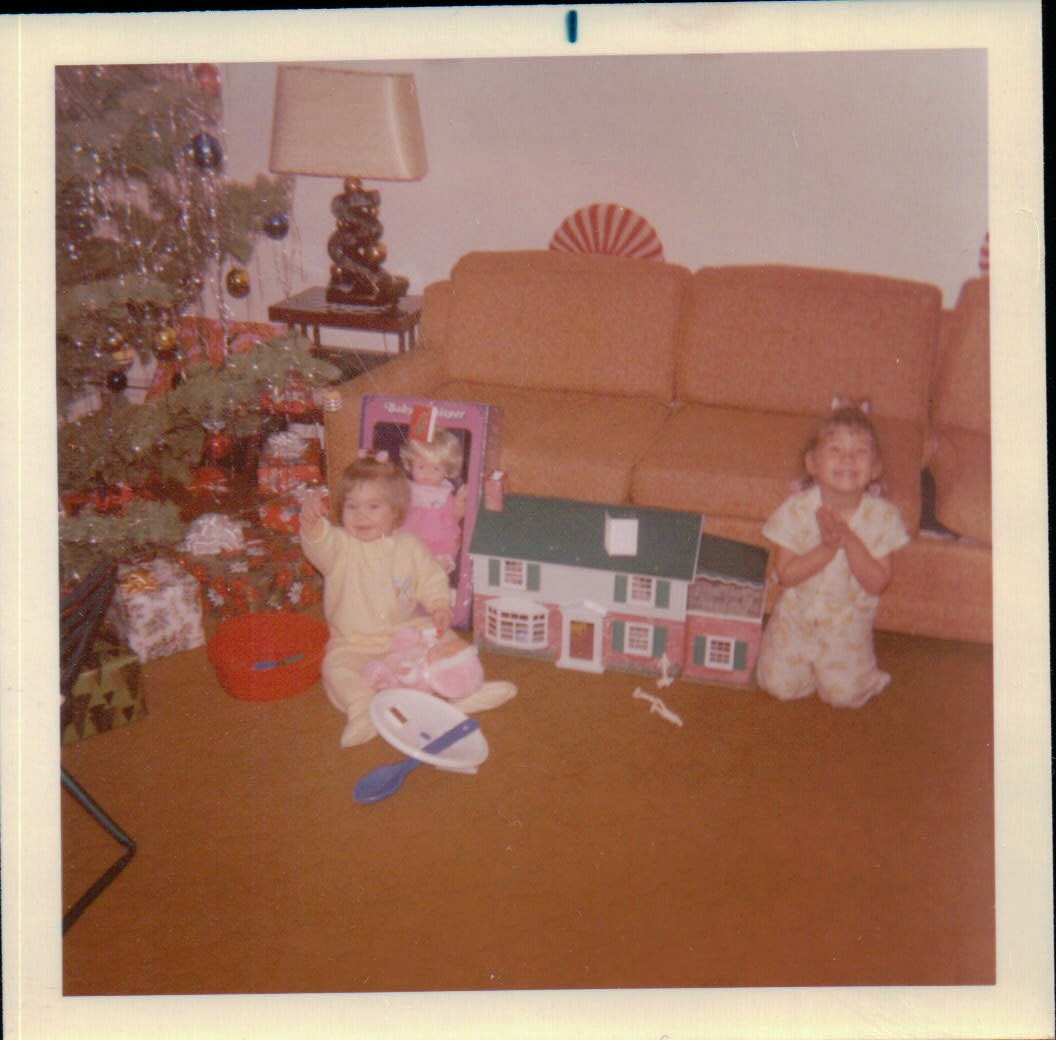 It should also be noted that my older sister was super-grateful for the awesome dollhouse. That, or her hands were clasped to her chest as she pled with Santa to return me to the North Pole (I think she was over me by that point). 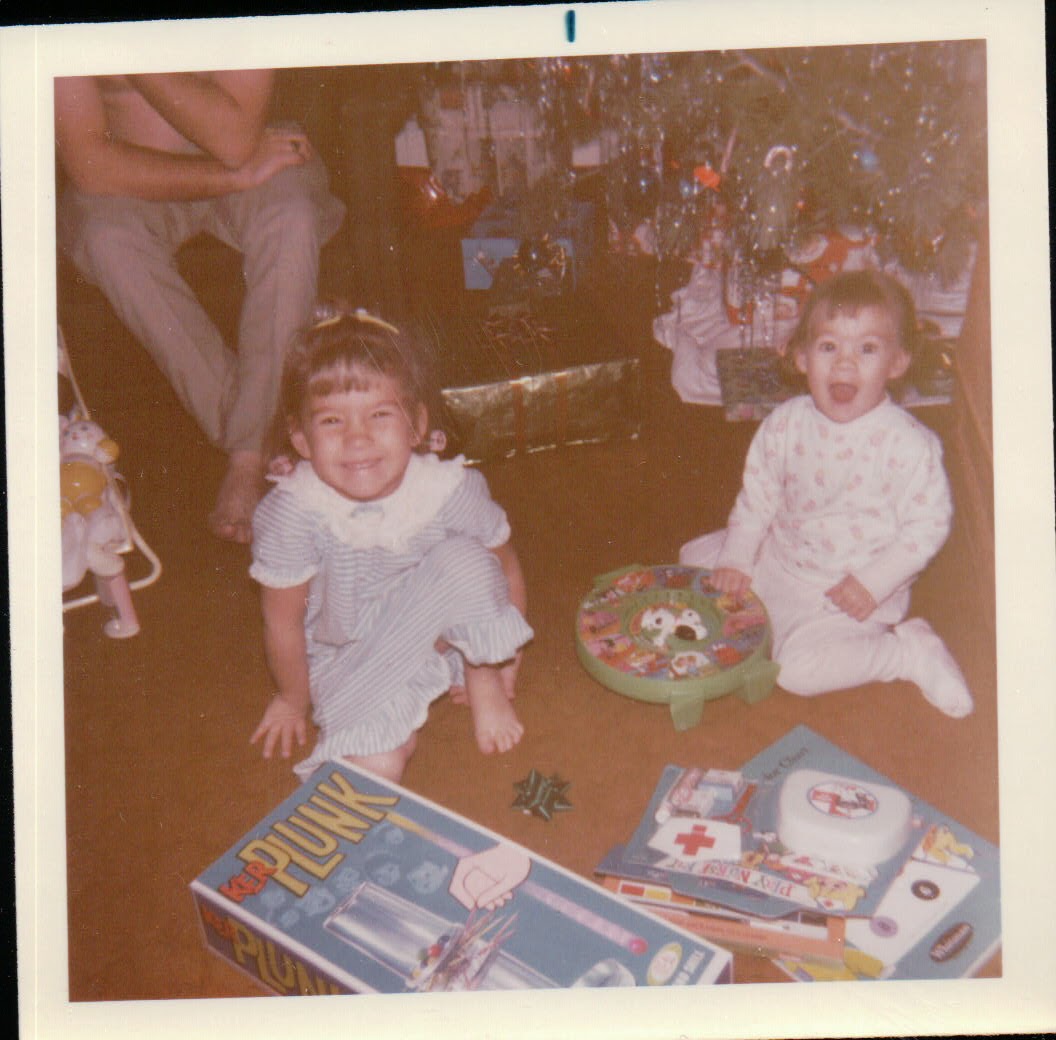 I was two years old and clearly stoked about the Snoopy Says See and Say that Santa brought me. Honestly, can you blame me? My older sister scored a Kerplunk game and we must have had that thing for ages because I actually remember it. Also, while she seemed happy enough about her gifts, her expression definitely lacked my enthusiasm. 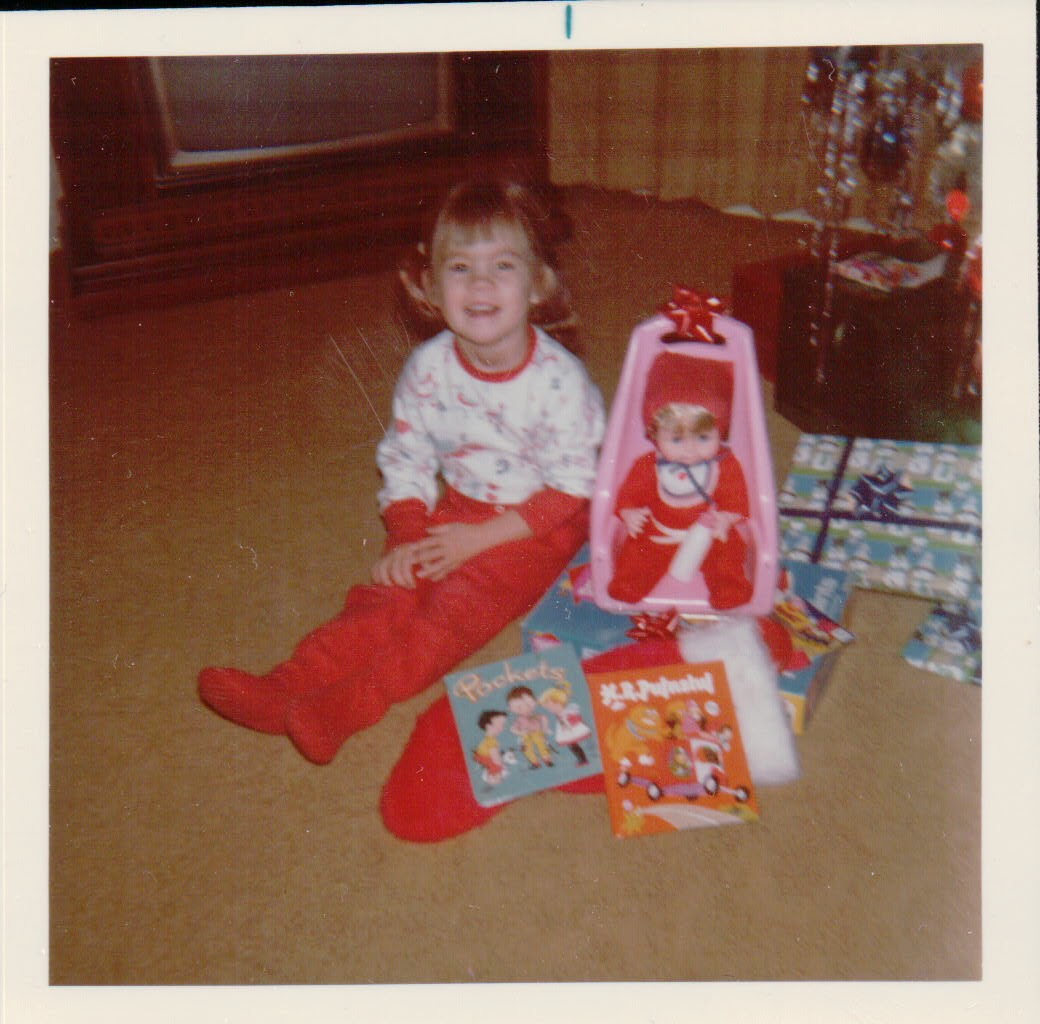 One of those books was the adventures of H.R. Pufnstuff. Remember him? Witchipoo? The Magic Flute? 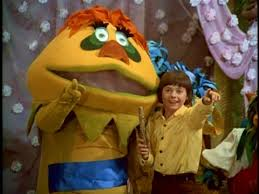 Yeah, what the hell were people smoking back then? 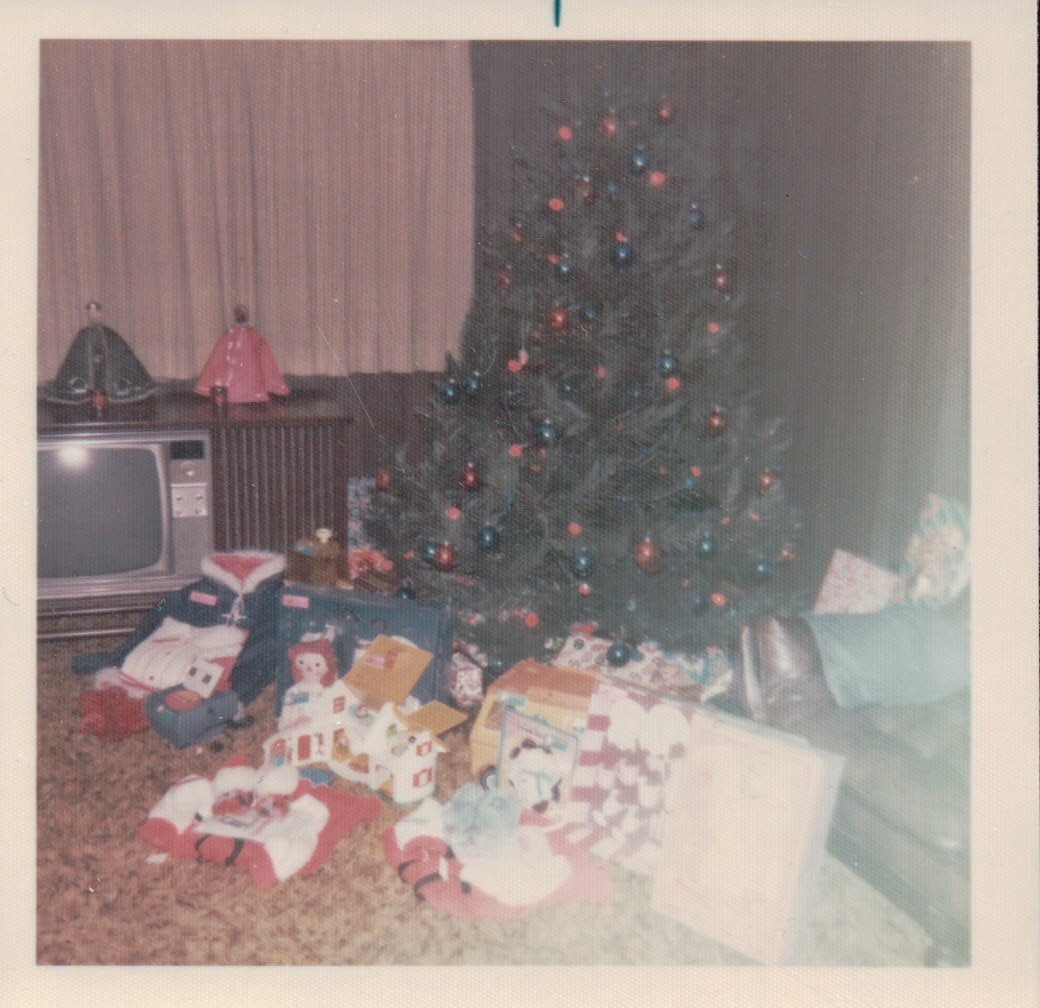 That year, I got the Barbie camper, it was awesome. However, if photos are any indication, my mom considered another gift to be of far more importance... 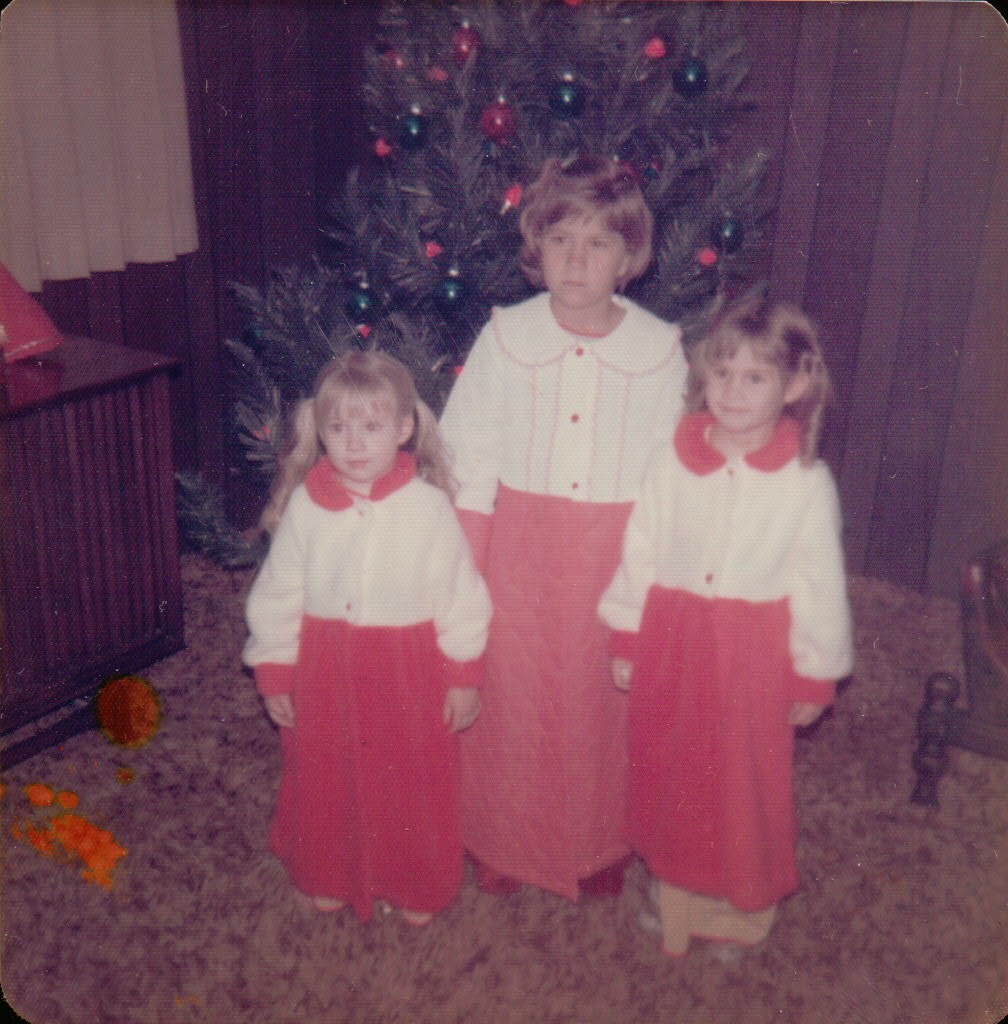 Matching robes. Does it get any more adorable than that? Clearly, she thought not. 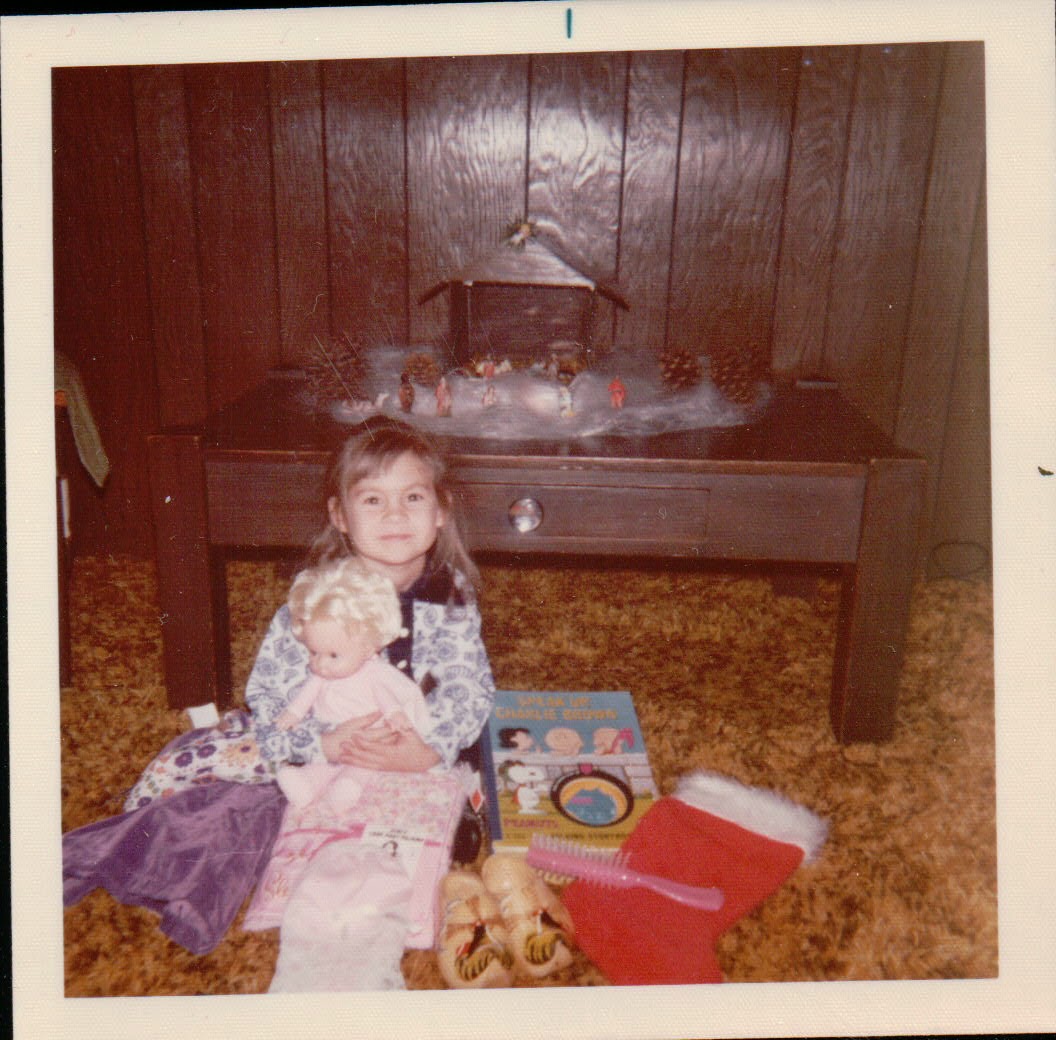 The wooden shoes were a gift from my Aunt Connie, who was living in Germany at the time. I still have them and they have seen many an elementary school classroom Show and Tell hour.

I think that's enough for today; I don't want to use up all my throwback material before the end of the month. Stay tuned for Childhood Christmas: The Adolescent Edition in all it's awkward glory.

**Closer inspection indicates that it was, in fact, a doll. Thanks, Santa!
Posted by Chelle at 9:00 PM