This year's holiday cards were a labor of love that, for once, I was not required to labor over alone. Instead, the whole family got involved and I have the pictures to prove it. 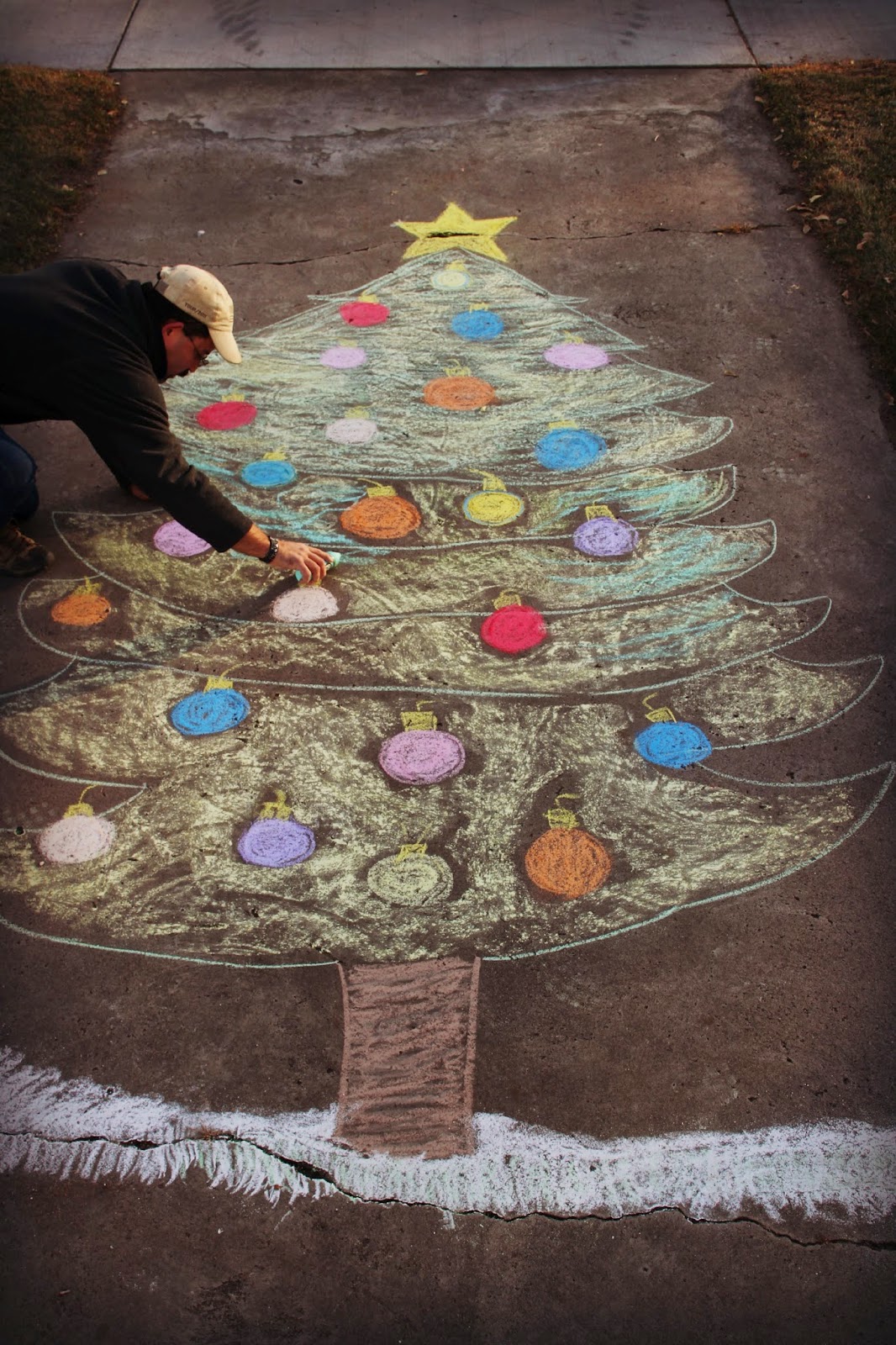 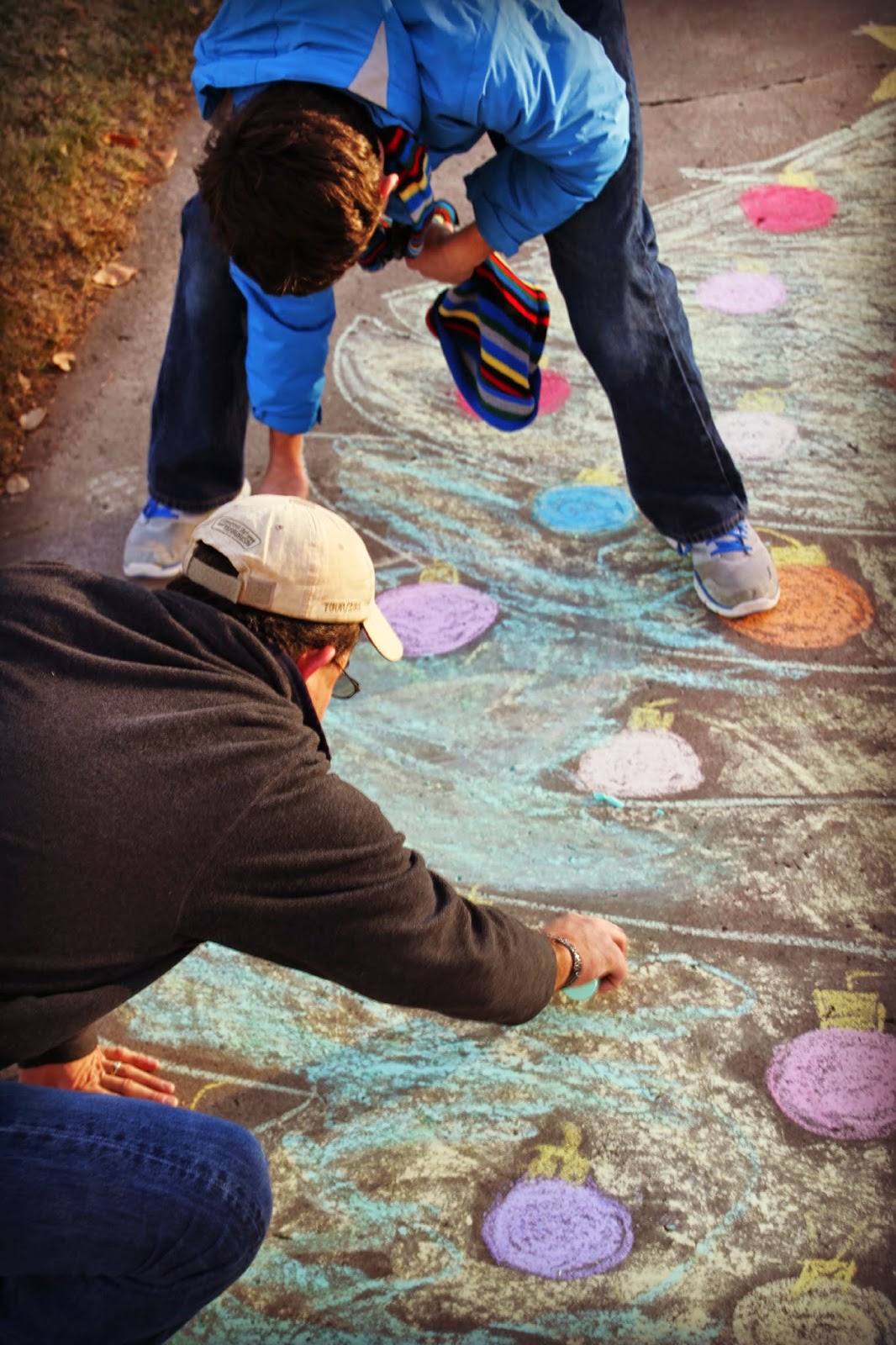 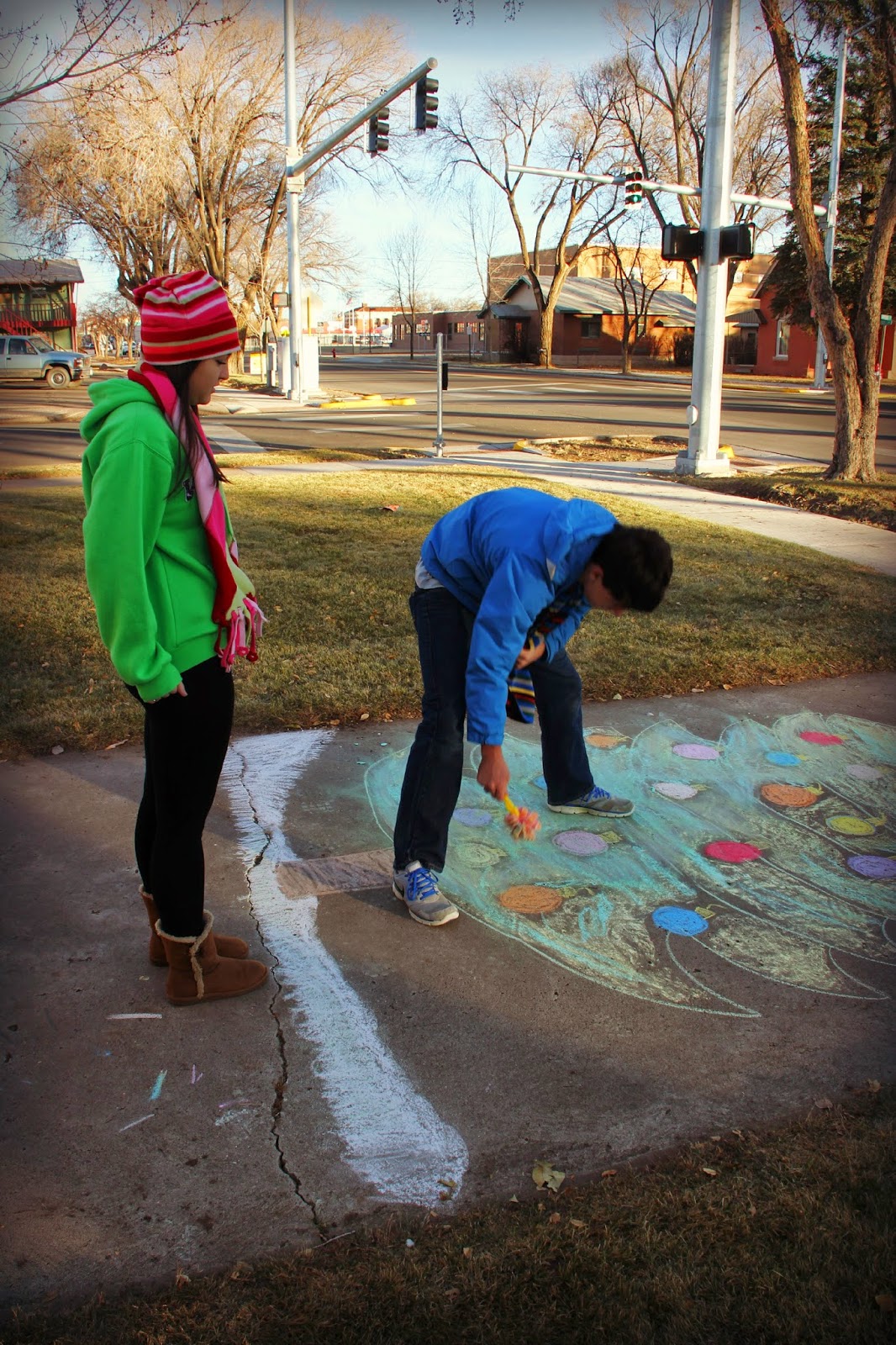 We borrowed the driveway at Mom's neighbor's house during Thanksgiving break, grabbed as much green sidewalk chalk as I could find (not an easy task in November, in case you ever attempt something similar), and encouraged the teenagers to tap into their inner child when creating a scene for the pictures and, I think they did a great job.

I managed not to fall off a ladder when taking the pictures, which is a victory all on its own, and, another Christmas card photo went into the record books. 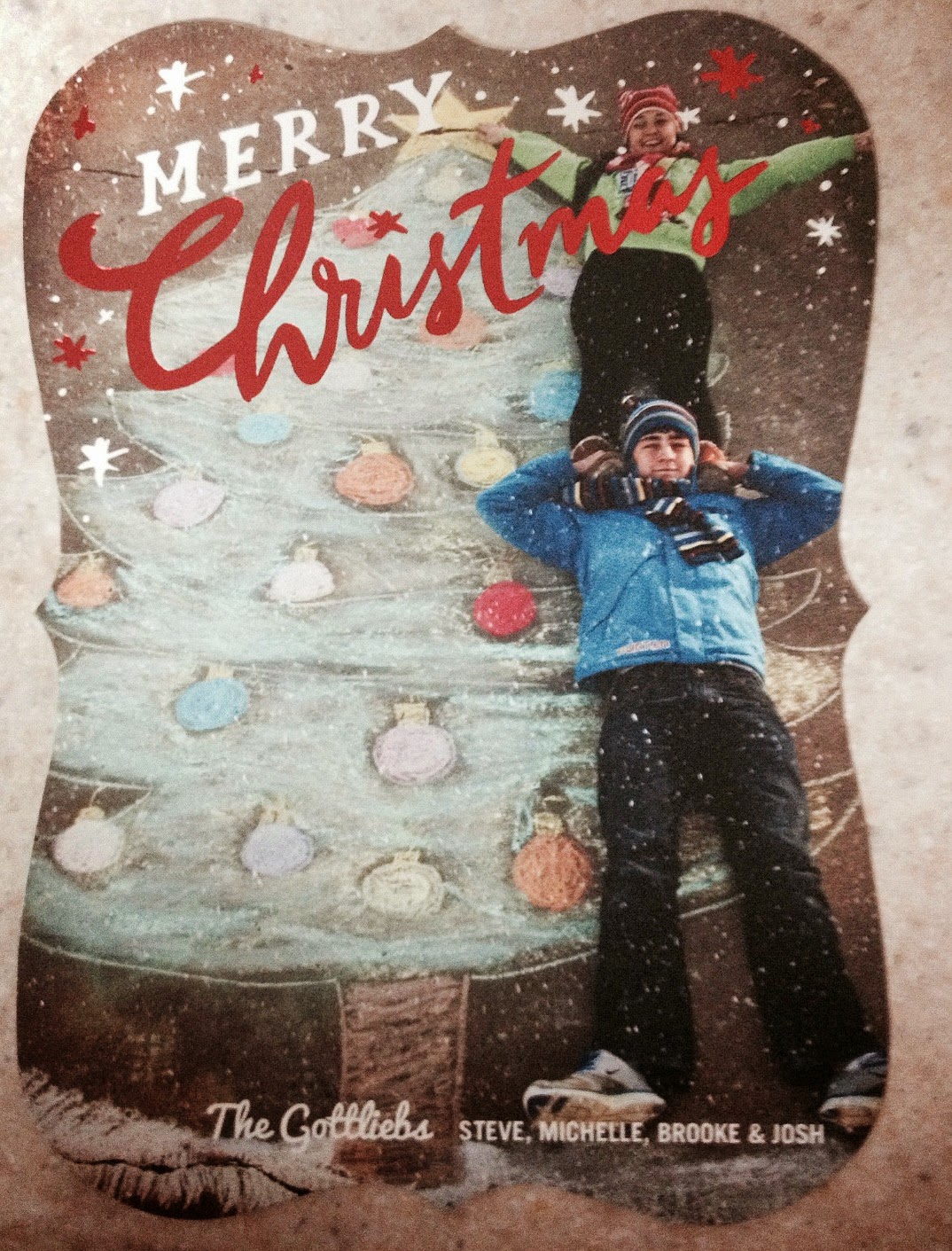 It goes without saying that I am grateful for the opportunity to photograph my kids together again, and, I think it's also pretty obvious that these two have missed living together. 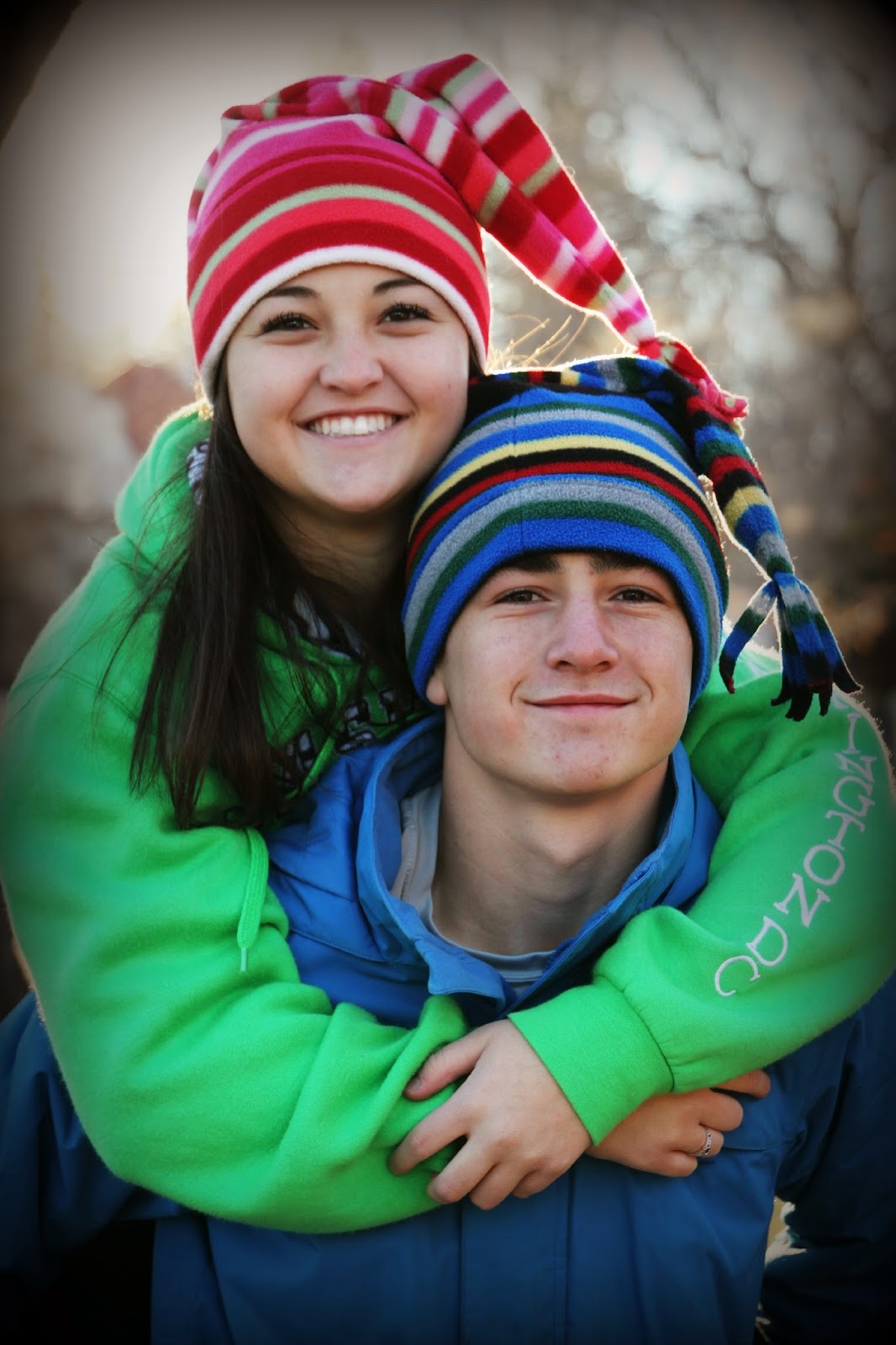 Of course, now that The Teenager is home for an extended holiday break, I give them a week before they are at each other's throats.