A Day in the Life: Basketball Season Edition

Yesterday, we traveled to our last regular season game. The season has been fun, exciting, crazy, and exhausting, with home games almost every Friday night and away games each Saturday. That's two months of rising early, packing coolers, driving through inclement weather, and sitting in cold, drafty gyms on uncomfortable bleacher seats.

I wouldn't have missed it for the world. 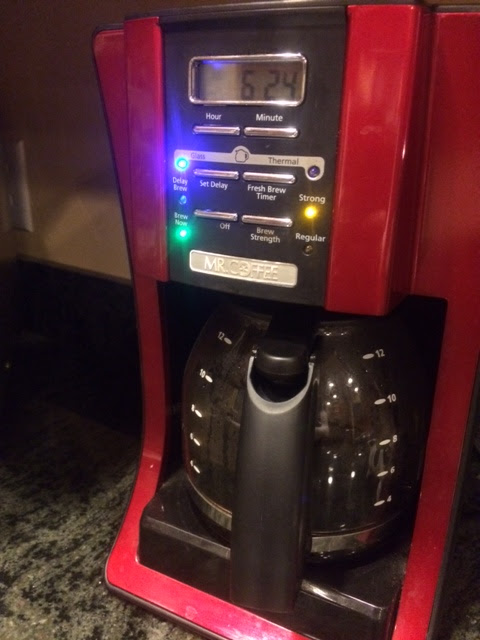 Up before dawn, generally around five o'clock or so, followed several cups of the strongest coffee I could brew. 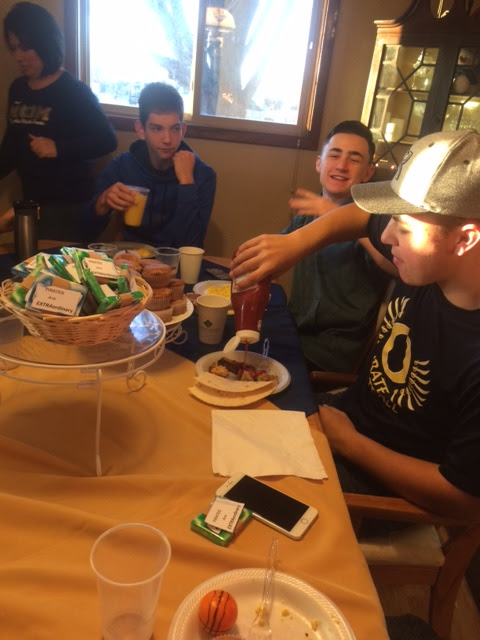 Team breakfast. This weekend, it was hosted by the Booster Club President Extraordinaire. Several of the rest of us parents arrived a little before seven to help with the breakfast, but, as with everything else she does, she had it well under control. So, we sat around the table with the boys and did our level best to embarrass our sons. Mission accomplished! 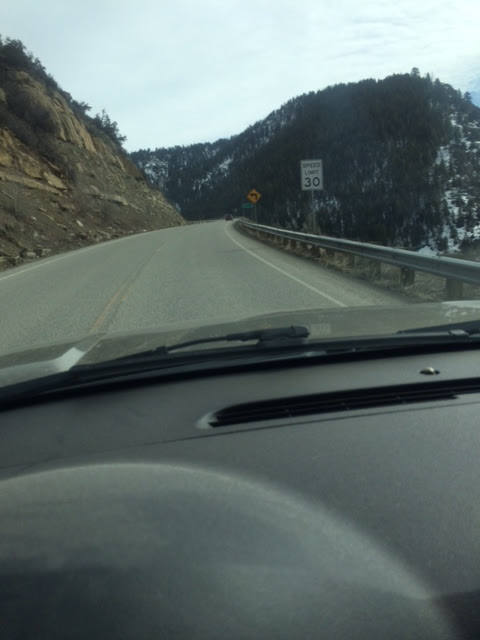 On the road...again. A lot of our away games take place in a cluster of communities located two and a half to three and a half hours away. The drive requires taking the interstate through a winding canyon or a high mountain pass that is prone to falling rocks, so, either way; it can be a harrowing journey. It can also be quite beautiful and, in the right company, a lot of fun. Thankfully, this year, the weather was mostly cooperative and I had the pleasure of carpooling with my fellow Booster Moms, so, the trip was always enjoyable. 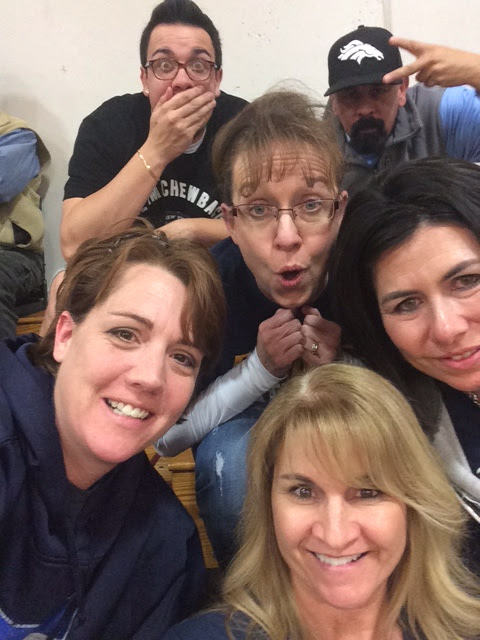 Of course, it's all about the kids.

We watch three basketball games-JV boys, Varsity girls, and Varsity boys-this takes about six hours, and, while enjoyable, sometimes requires that we distract ourselves from the numbness creeping into our asses; we generally accomplish that by making inappropriate jokes and taking selfies, as one does. 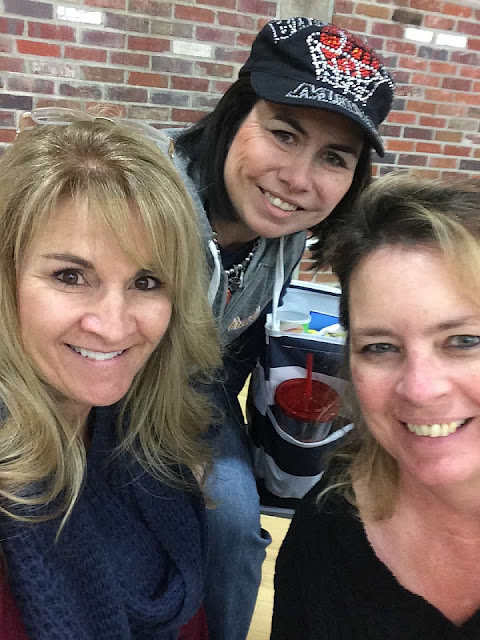 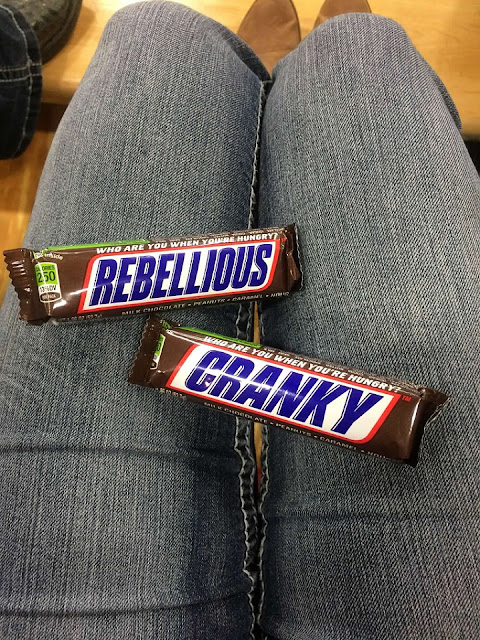 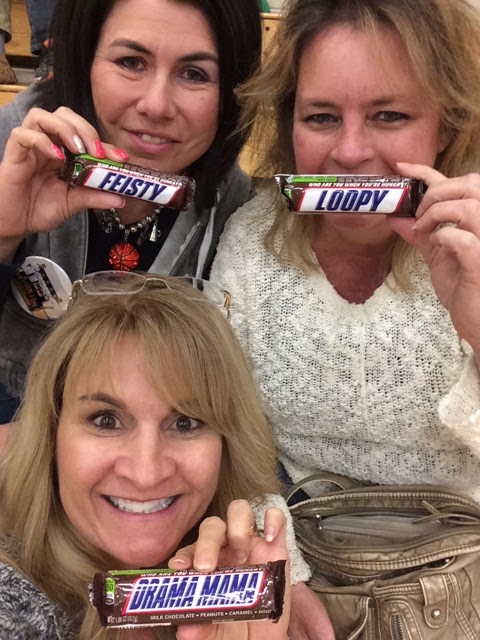 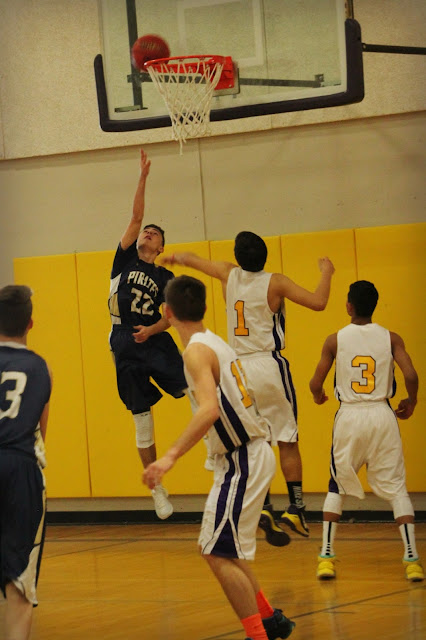 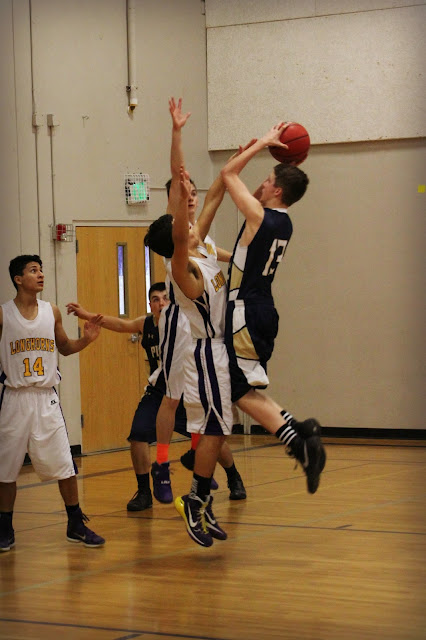 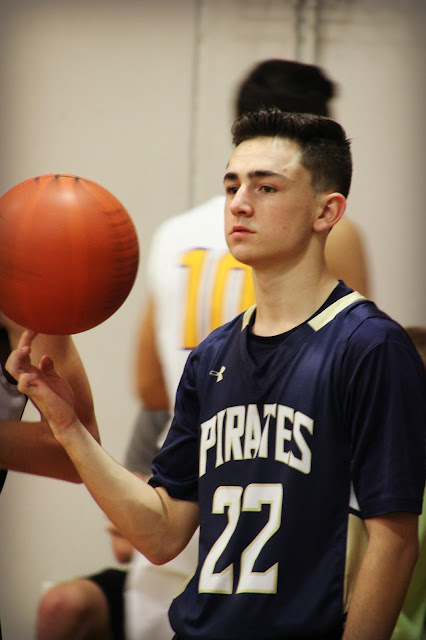 After the games, we have started a tradition of joining together for a meal. The largest number of people we have had so far is fifteen, but we are usually closer to eight or nine. Then, we caravan back to Petticoat Junction (I especially appreciate the convoy line on the rare occasion that I am driving alone; the group usually makes sure to tuck me in the middle so that I am not left alone if something goes wrong. That's friendship right there). We usually arrive home around eleven or so and we are exhausted and ready to hit the hay.

It makes for a long day, but, I had so much fun this season, I won't complain.

We have a post-season game on Tuesday. In light of our not-so-great Varsity record, it will probably be the last game for our Seniors, so I am hoping to be able to take off early from work to make the trip.

If I can't, I'll console myself with memories of the season. Then, it's on to baseball..

Another sport. Another dozen road trips.