I may have mentioned, a time or two, how very awesome I think my son and his teammates are, yes? Well, I'm about to do it, again, so, if hearing a mother brag about how awesome her child is gives you the envy hives, please feel free to click the little X located in the upper right-hand corner of the screen.

I'll give you a sec.

Still with me? Bless your heart.

So, last night, the boys played in a town a little over an hour away. The game was not a close one; we were ahead 71-53 going into the final minutes of the game. The boys had played well and were clearly enjoying themselves, despite two of them managing to bang their heads together during an aggressive play, which resulted in a possible concussion for one and a bloody nose for the other.

Anyway, in that final few minutes, the coach of the opposing team sent a new kid into the fray; the kid had been on the bench the entire game and it eventually became clear to us that he was, in some way, either delayed or handicapped, but, not right away.

As we watched the clock tick down, one of the new kid's teammates put up a shot that was rebounded by the Man-Cub, who casually bounce-passed the ball to...the new kid. Who, took a shot, and, missed.

The shot was then rebounded by another one of our kids, who immediately "accidentally" bounced it back to the new kid, who, took a shot, and... missed.

By now, we had clued into what was happening on the court; so had the spectators from the home team, who, were cheering each time the new kid put up a shot, only to groan with each miss.

On the third rebound by one of our kids, which was again "accidentally" passed to the new kid, my fellow moms and I grasped hands, in solidarity for the new kid, in gratitude for the compassion showed by our boys, and in silent prayer for that fourth shot to finally, finally hit the mark.

The new kid threw his hands up in victory. The crowd came to their feet; their cheers were deafening.

Our boys patted the kid on the back and casually strolled down the court, winding down the last seconds on the clock while their opponents celebrated not their victory, but the victory of a kid who had just made his first basket in a high school basketball game.

Afterwards, when we asked the boys how the whole thing had come about, they merely shrugged and said that they had noticed the kid during warm-ups before the game; when he finally came in to play, they thought he deserved a chance to score.

I love these boys.

I love their parents and their coaches.

I love having had the privilege of watching a selfless act, conducted with such joy and enthusiasm, and I love that it was, according to our boys, no big deal; it was just the right thing to do.

And, for that, I love that I don't feel at all braggy when I say; our boys are awesome. 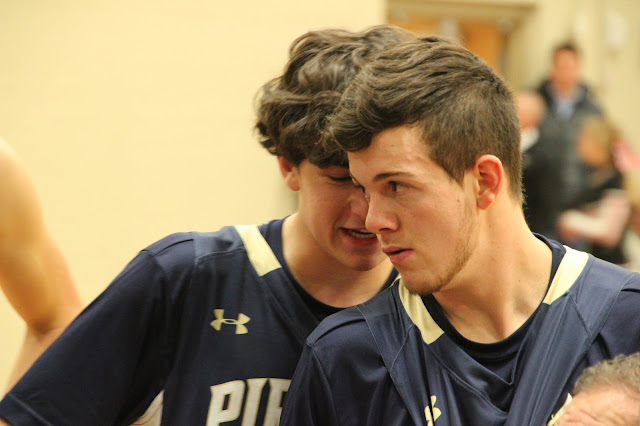 We are pretty awesome... 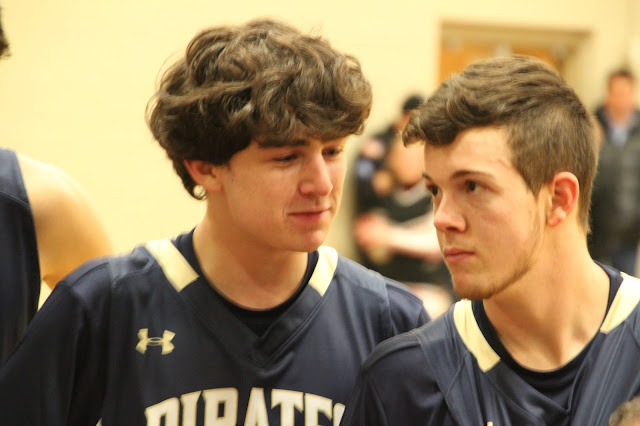