We just got back from the Man-Cub's basketball awards banquet. As always, "banquet" is a misnomer; we dined on a random assortment of dishes contributed by the parents. Well, some of the parents, because, also as usual, the memo about the banquet wasn't as well distributed as it should have been, and, a number of clueless parents wandered into the cafeteria at 6:35, no doubt having been alerted to the banquet mere minutes earlier.

Luckily, now that I have an in with the Boosters, I was aware and prepared this year. Well, for the food, anyway; I still teared up when the Man-Cub received his Basketball letter and his second Academic All Team Honorable Mention certificate.

That's two Academic All Team recognitions for the kid; if he manages the feat again for baseball, he will have achieved the Trifecta.

And, it goes without saying, proud. 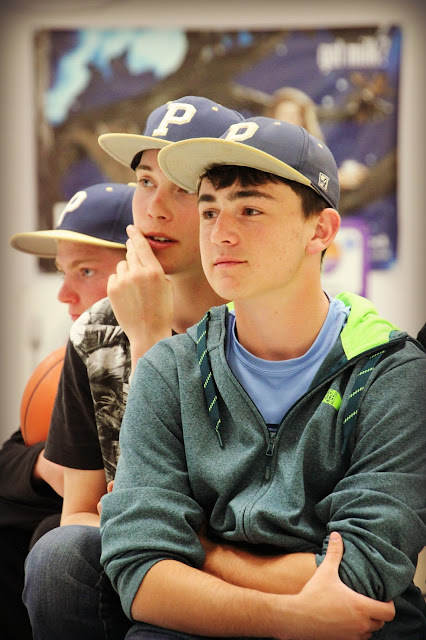 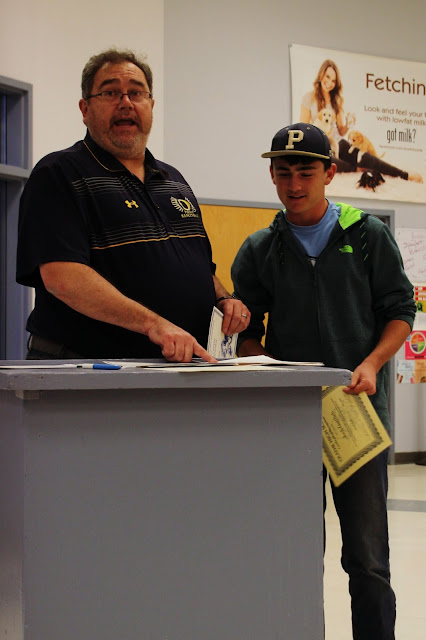 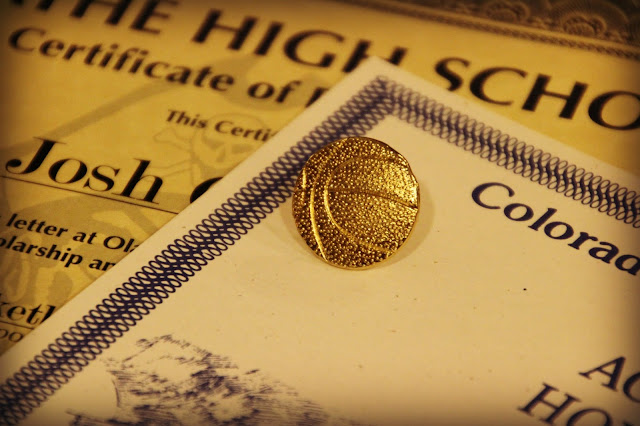 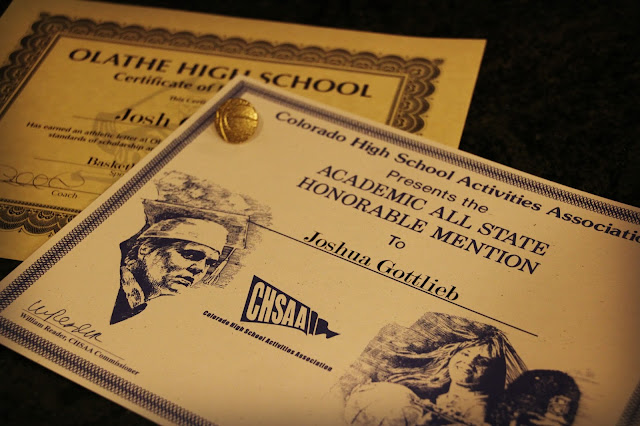