The Man-Cub's first baseball game of the season takes place this Saturday. It's being played in Mayberry, which gives me an awesome excuse to visit my mom. The Man-Cub is going to ask his coach if he can ride down with me tomorrow instead of on the bus with the team on Saturday morning; if that happens, it also gives me an opportunity to converse with my son (captive audience!).

If the coach doesn't approve that plan, I'll just have to crank up my music, open the sunroof, and entertain myself on the drive (Hugh has a middle school wrestling match to officiate), then, Mom and I will meet the Cub at the ball field on Saturday.

Either way, I am looking forward to the trip.

A couple of days ago, one of the senior moms texted me to see if I would help put together lunch for the boys, so, I am planning to make hoagies when I get to Mom's. I am also going to contribute a couple of batches of Gatorblox*, which, prior to last night, I hadn't made in ages; back when The Teenager was playing volleyball, to be exact.

The good news is, it came back to me like riding a bike. Which, isn't that shocking considering how easy the recipe is. 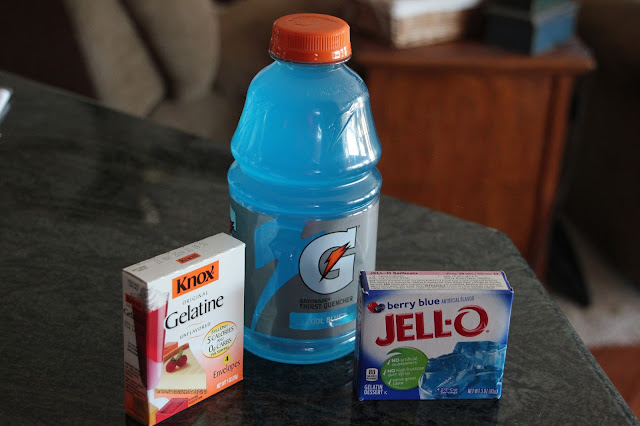 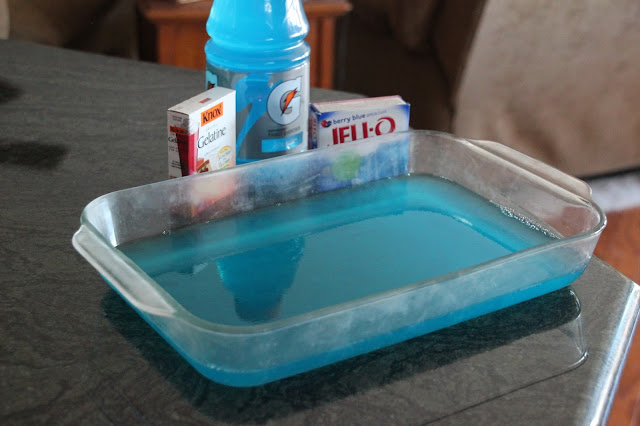 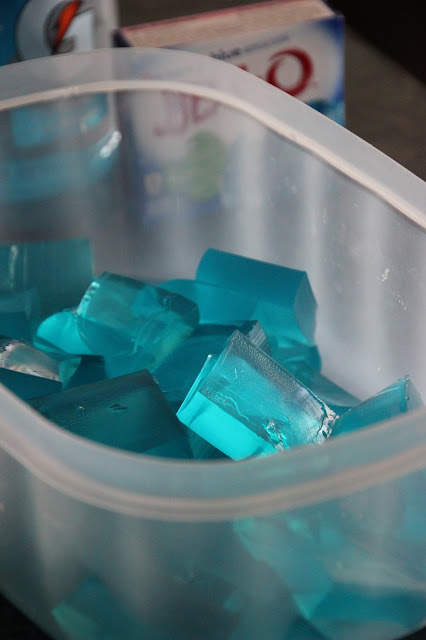 Gatorade, unflavored gelatin, and a touch of regular Jello are all that you need. Boil three cups of Gatorade. Sprinkle four packages of unflavored gelatin over an additional cup of Gatorade, let set for a minute. Pour in boiling Gatorade and about a quarter of a small package of flavored Jello. Stir until dissolved. Let mixture cool for a bit before pouring into a 9X13 glass pan and chill in the fridge until firm. Cut into squares (or, circles, or hearts, or whatthefuckever you like) and store in fridge in an airtight container.

Easy, peasy, and the kids love them.

Now, I am off to pack for tomorrow's trip. I finally get to break out the baseball bling!

*When we were kids, these treats were called Knox Blox, because they were apparently invented by the good people at Knox. Mom used to make them for us to take to weekend swim meets. When my kids were small, they were overtaken by Jello Jigglers; Jello having taken over the market, I guess. But, they will always be Knox Blox to me. Except for when they are made with Gatorade, obviously.
Posted by Chelle at 7:38 PM