A Day in the Life: Baseball Edition

Yesterday was our second-to-last home double-header, so, it seems like an appropriate occasion on which to document just what our baseball season has looked like this year.

On weekends when we have away games, we are usually up before the sun, packing the car for the trip, eyeing the weather report to determine just how many extra blankets to pack (the weather this spring has not been exactly baseball-friendly), and conferring with the other parents about travel time and the best restaurants to eat in after the games.

On the rare weekends that we have gotten to stay at home, the days have been a lot more relaxed; we rise after the sun and move at a more leisurely pace. Some things, however, stay the same: there are still lunches to be packed, for instance. 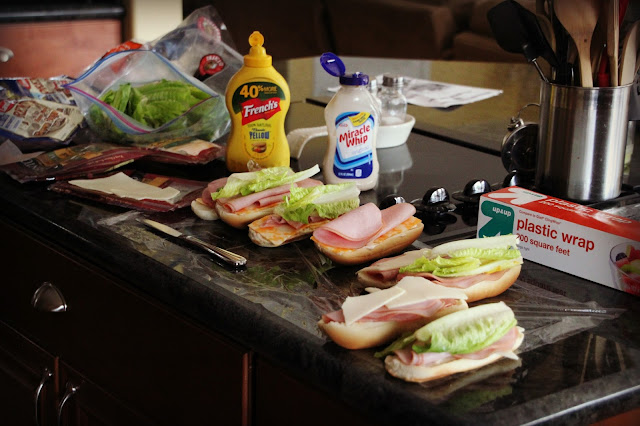 And, I always make sure to have a large container of Gatorblox ready for the cooler, as well as packing Gatorades, water bottles, sunflower seeds (Dill pickle flavor, the Man-Cub's favorite), and squeezable applesauce pouches, because, they may all stand damn near six feet tall, but the boys still love their applesauce pouches.

Once we get to the ball field, we stake out the best location for viewing purposes. This spring, that has meant securing a parking space on the hill overlooking the field, where we can watch the action without suffering the elements. Granted, this puts us in a prime location to catch an errant pop fly, which means that our windshield is at constant risk of damage, but, we have gladly taken our chances. 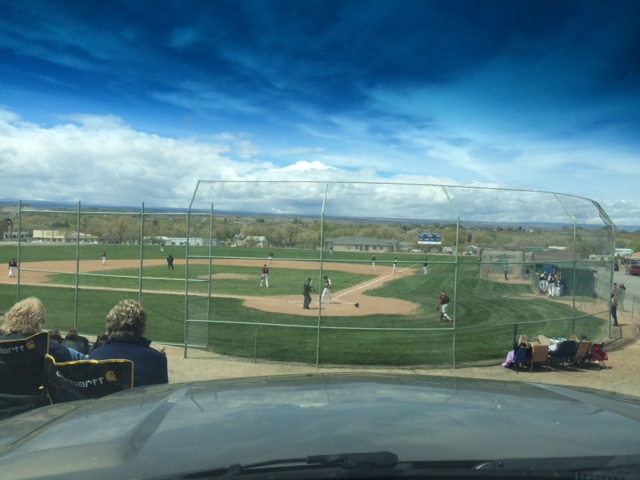 Happily, this week, the weather was basically mild; the wind blew relentlessly, but, it was sunny and almost warm. Almost.

In between games, we feed the boys the lunch that we have packed and then retreat back to the warmth of the car. Yesterday, however, I ventured onto the field and into the dugout to take some pictures of the boys. They had won the first game, quite handily (13-1), and were in a great mood, collectively, so; they were more than willing to ham it up for the camera. 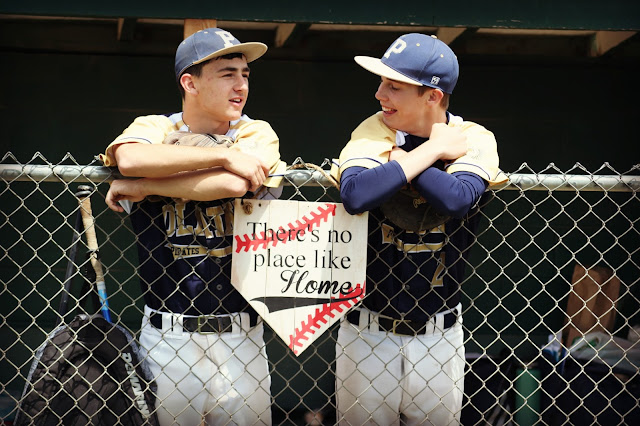 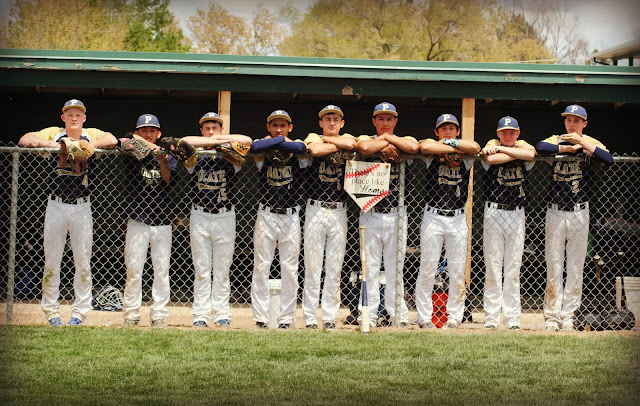 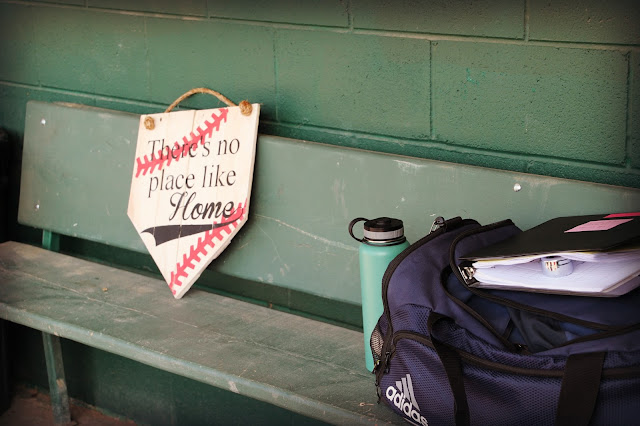 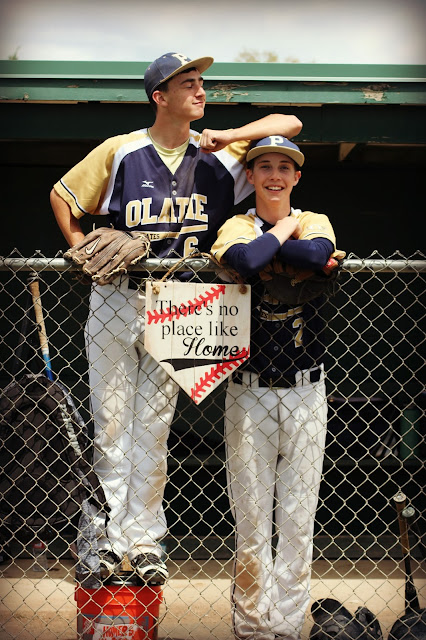 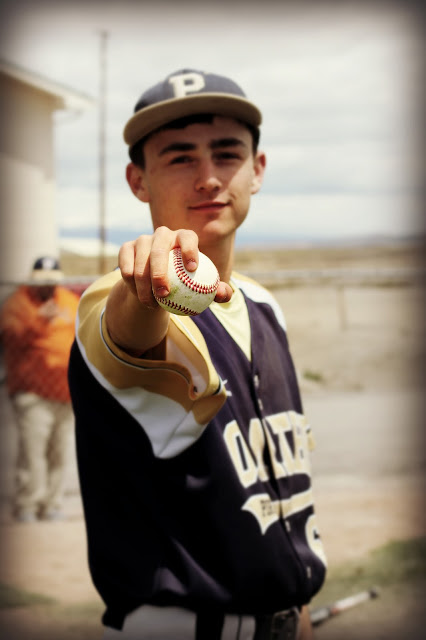 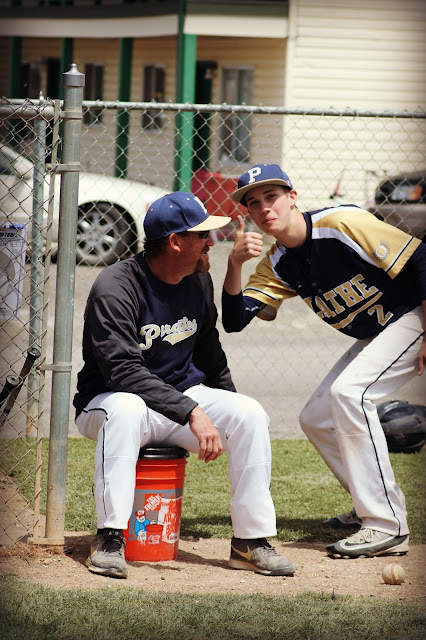 Then, it's time for the boys to head back out onto the field for game two. This week, the Man-Cub was pressed into service as pitcher, thanks to the regular second-game pitcher being out of commission due to a suspension for plagiarizing a paper (Note to kids: Cite your sources! Paraphrase, don't blatantly copy! End of lecture).

The Cub doesn't really love pitching-the pressure to be more perfect than he perceives himself to be is crushing-but, even he had to admit that, yesterday, he threw one hell of a game. He pitched all but one of seven innings, and the team managed another big win (11-3). 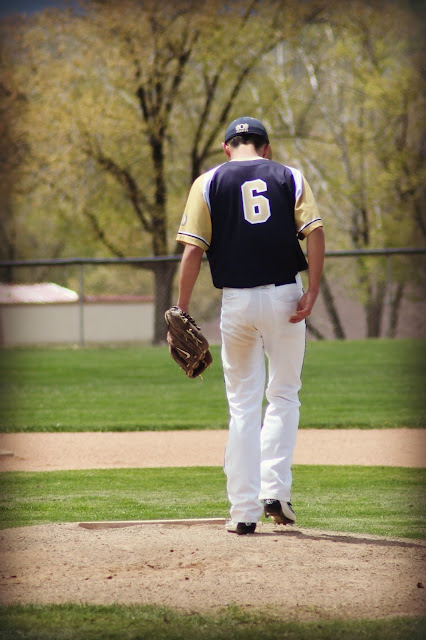 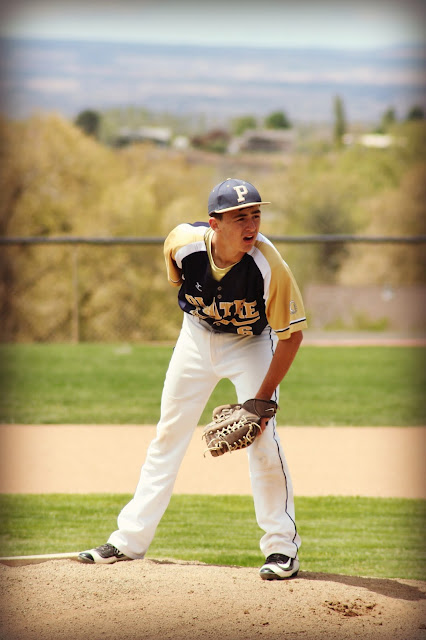 The team had some great offensive plays, as well, everybody hit well, including a bunt that actually resulted in Mikey ending up on first, rather than simply taking the sacrifice and advancing the runner. The runner, at the time, was the Man-Cub, and, before he made it to second, he had a couple of near misses at being tagged out at first, when the pitches to Mikey weren't close enough to bunt. As an aside, I give mad props to the makers of OxiClean, because soaking the Cub's uniform in that stuff has managed to keep his pants sparkling white, despite the massive amounts of dirt that he manages to grind into them every game. 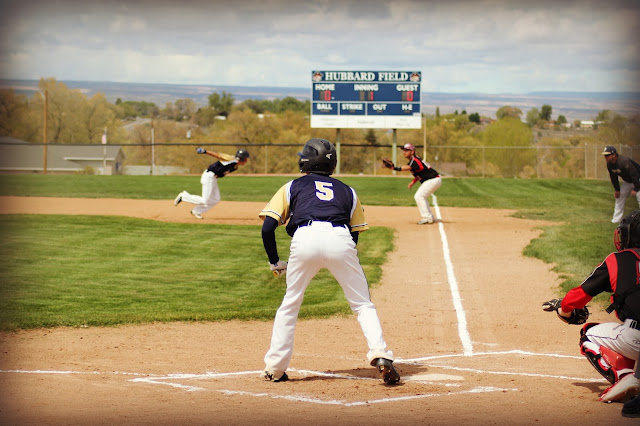 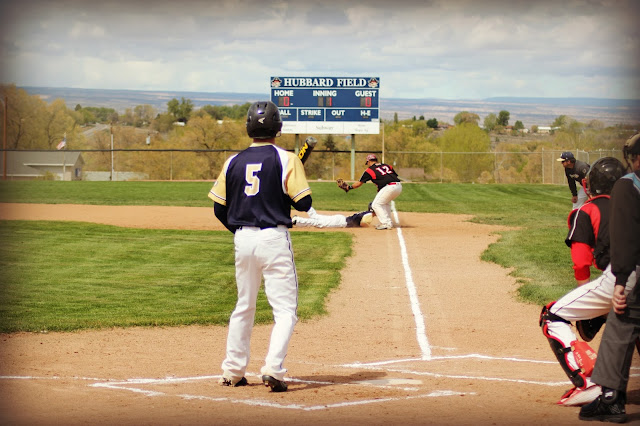 While this was happening, I was working in the concession stand. Thankfully, my co-concession stand worker is always more than willing to handle the hot-dog seeking masses while I venture down to the field to photograph our sons. She trusts me to come back in time to slop neon-orange "cheese" onto the nacho chips, which, I do. And, not just because the concession stand offers the second-best seats in the house. 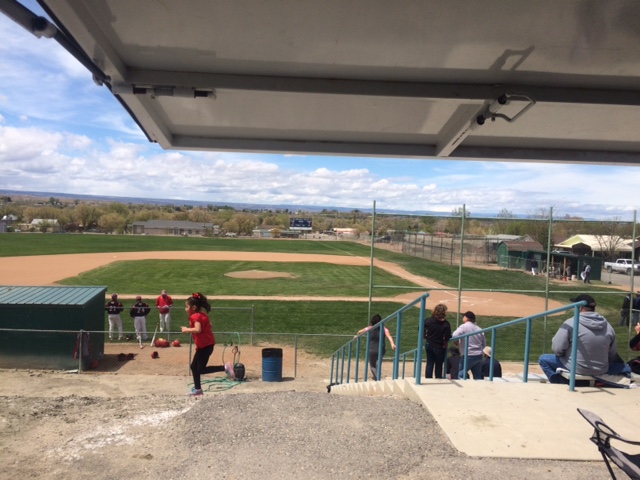 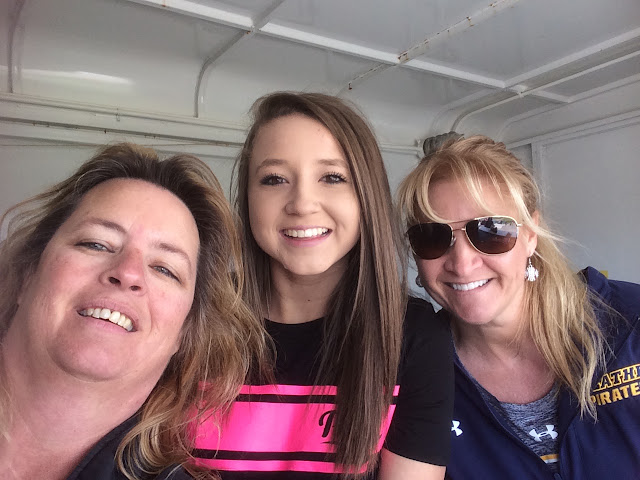 After the second game was done, I caught the boys' celebration in the outfield before closing up the concessions stand and packing up the coolers. 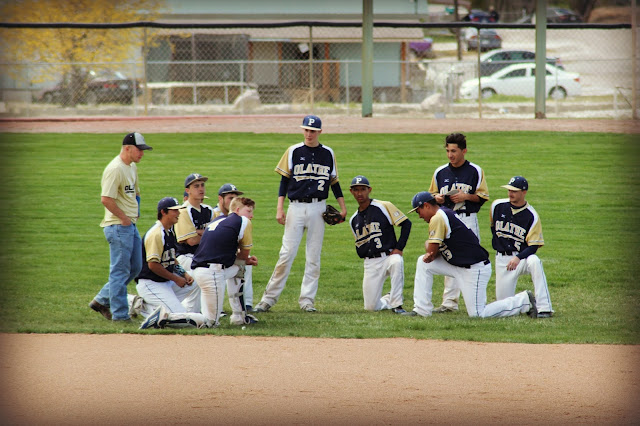 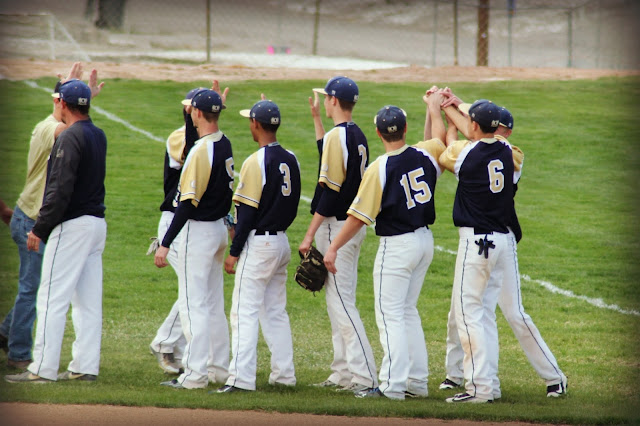 Ordinarily, we would have headed home at that point, to get a start on weekend chores, but, yesterday we broke with routine and traveled to Neighboring City, where Hugh and the Man-Cub built a firepit for QB. Then we took the kids out for dinner before heading home.
The Man-Cub fell asleep in the truck before we were a block from QB's house, and, once we got home, I followed suit. It might not have been an early-rising day, but it was a full one.
Next weekend, we host our final home games, and I suspect it will look similar to this weekend's itinerary, hopefully, including the wins. Because that was awesome!
Posted by Chelle at 9:36 AM