I'm Just Going to Throw More Pictures at You

Because I just spent five hours on the road, following two days of meetings and speaking on panels and other such businessy nonsense.

Yes, I know businessy isn't a word; now do you see why I have to throw pictures at you?

The pictures are of the senior sports banquet, from which my feet are still recovering. I was in charge of the decorations, which included my first ever attempt at constructing a balloon arch. It went well, I think. 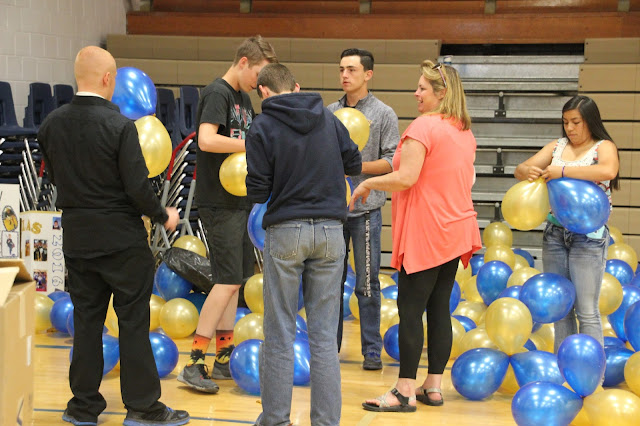 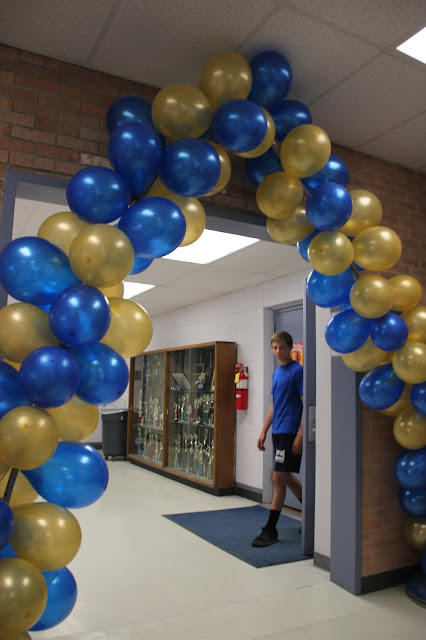 I may have slightly over-estimated the number of balloons that I would need, however. Which, ended up working out in my favor because I was able to use them to camouflage the ugliness of the stage that is part of the old gymnasium.

Also, I just spent three whole minutes of my life arguing with SpellCheck about the correct spelling of the word camouflage.

SpellCheck was correct. Again, you see the need for the pictures.

So, the banquet was a huge success. The seniors and their parents were duly recognized, the Booster Club scholarships were awarded to deserving recipients, and I got to see the Man-Cub all dressed up like a waiter. Or, a Mormon missionary; the two uniforms are really quite similar. 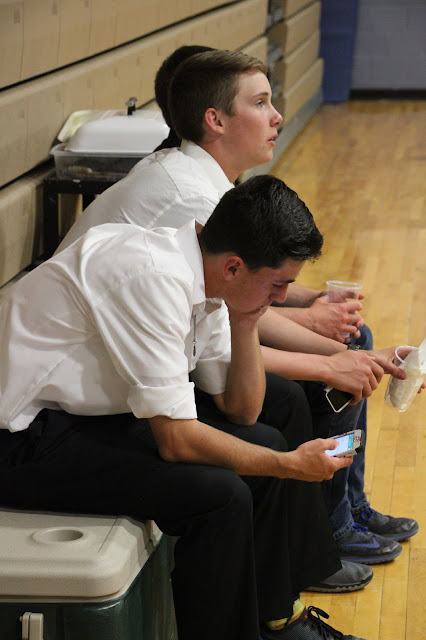 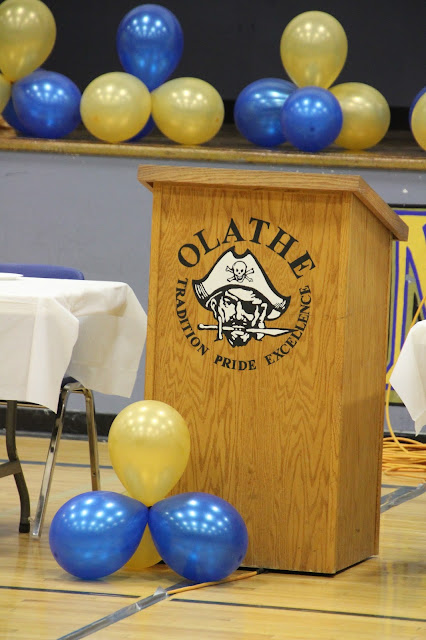 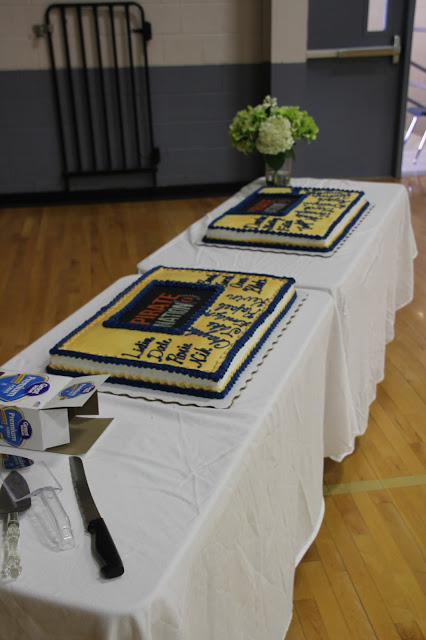 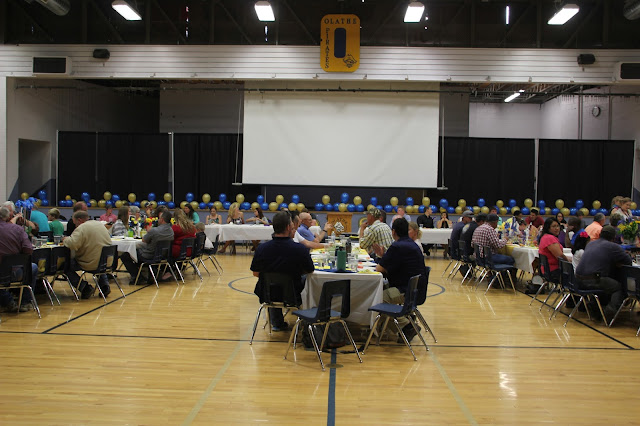 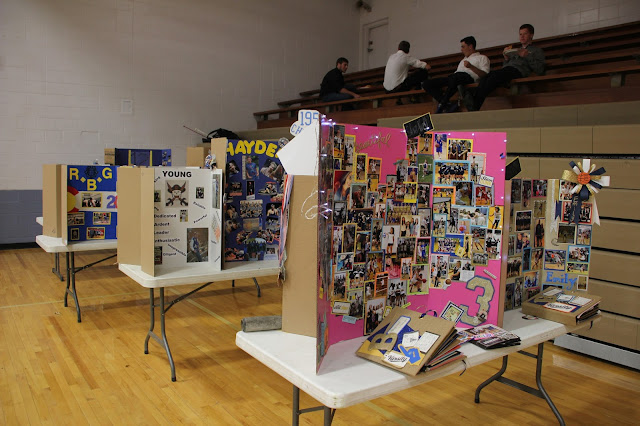 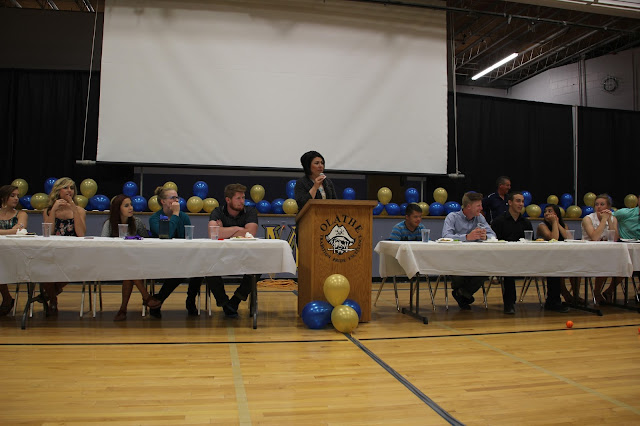 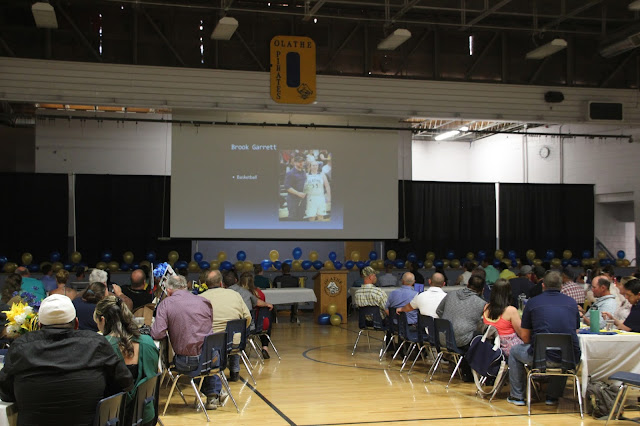 It was a lot of hard work to pull the banquet together, and, I can only take the credit for, like, three things. The rest of the evening was the cumulative effort of all of my fellow Booster moms and a few diligent student volunteers (including the Man-Cub, as previously mentioned). It seemed only right that we allow the kids to have some fun, so, I gifted them with all of the surviving balloons, which, they immediately snuck into the Principal's office. 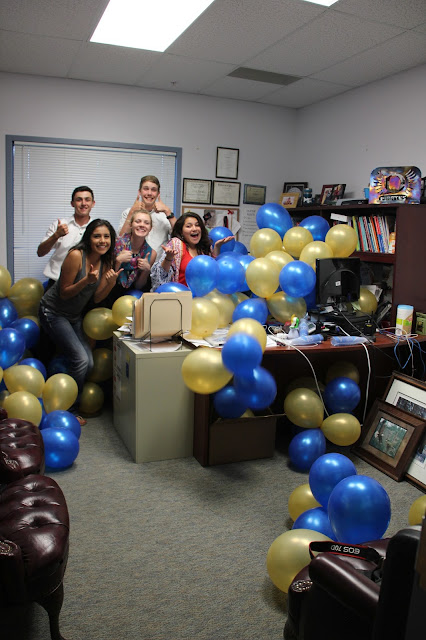