And Then There Were None

I forgot to mention that I got to watch the first of the Porch Birds leave the nest yesterday. I just happened to be on the porch at the right moment, camera in hand. 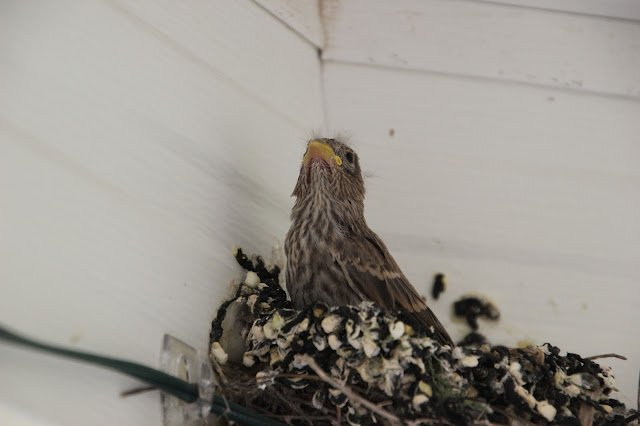 The bird-I've decided it was Scout-was perched on the edge of the nest. She was stretching and flexing her wings before suddenly leaping onto the wire of the light strand that runs along the porch. 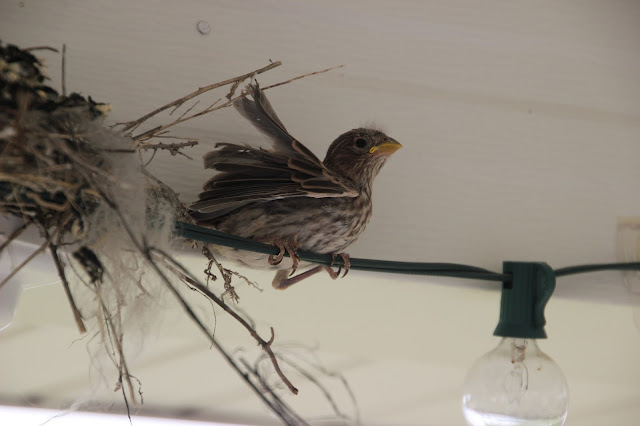 It took her a second to regain her balance, but, once she did, it didn't take long before she started leaning farther and farther forward. 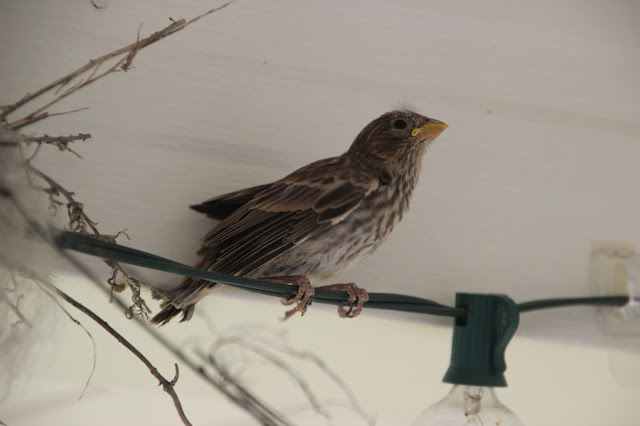 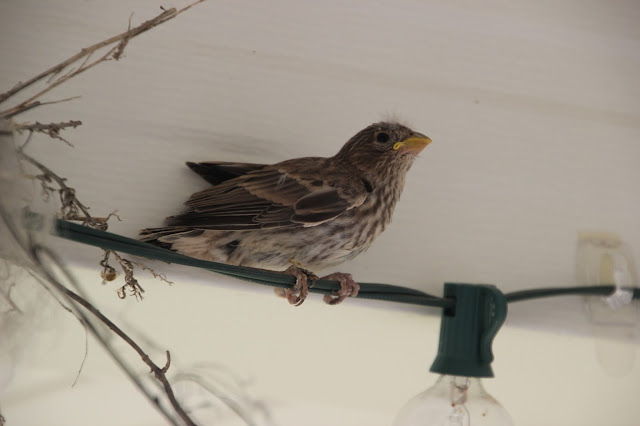 At one point, she seemed to rethink her rash decision to leave the nest, glancing back at her sisters before focusing on the open sky ahead of her. 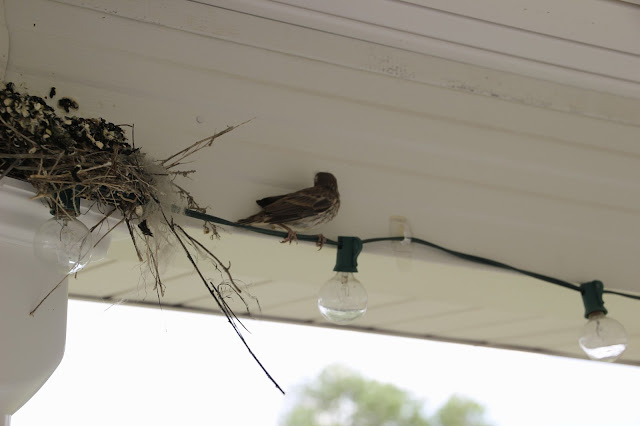 And, then, before I had a chance to react, she was gone. 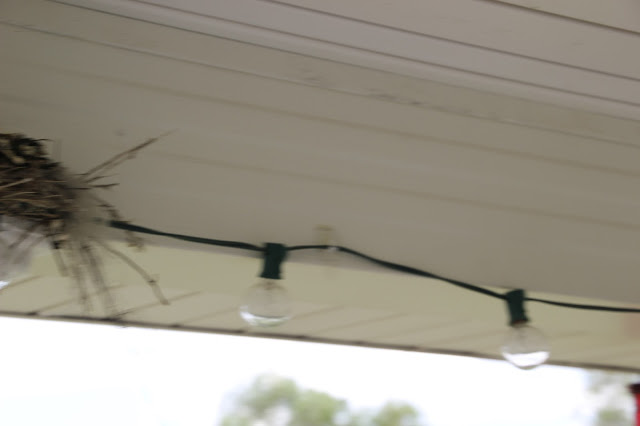 It was such a neat thing to witness.

This evening, Hugh and I both got to watch as the third-and last-bird* left the nest. We missed the departure of the second bird, but, you know how independent those middle kids can be; she didn't need an audience to feel good about her accomplishment.

So, I officially have an empty nest. I'm sure there is a metaphor for my life in there, somewhere, but I'm not really interested in exploring that right now, thankyouverymuch.

*Although there were originally four babies, the smallest one failed to thrive and we lost her. RIP, Dill.
Posted by Chelle at 8:46 PM