This may have been my favorite day of the entire weekend, and, I say that even though the other three days included good friends, good food, baseball, and good wine. So, what was so great about Monday?

I slept in past six! Then, later in the day, I napped on the couch for three hours! Perhaps it was not the most productive way to spend the holiday, but, apparently my body may beg to differ.

When I wasn't sleeping, I was binge-watching Stranger Things on Netflix or puttering around the house. Hugh worked on the pergola in the backyard for the majority of the day, but he did take some time out to cook the Man-Cub a right proper holiday breakfast/brunch (the Cub also slept in, apparently his body also needed some extra rest). 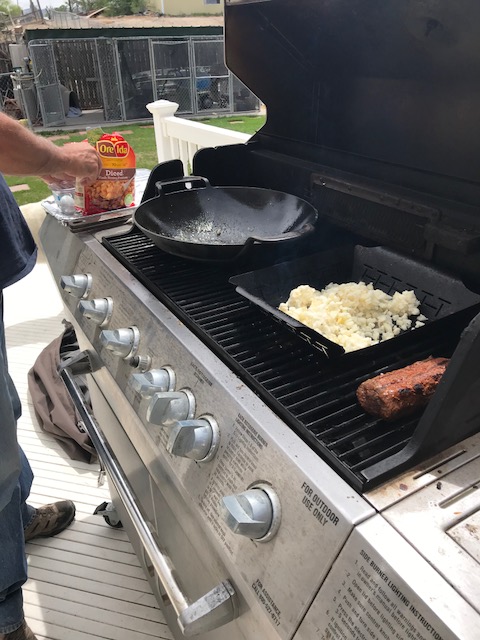 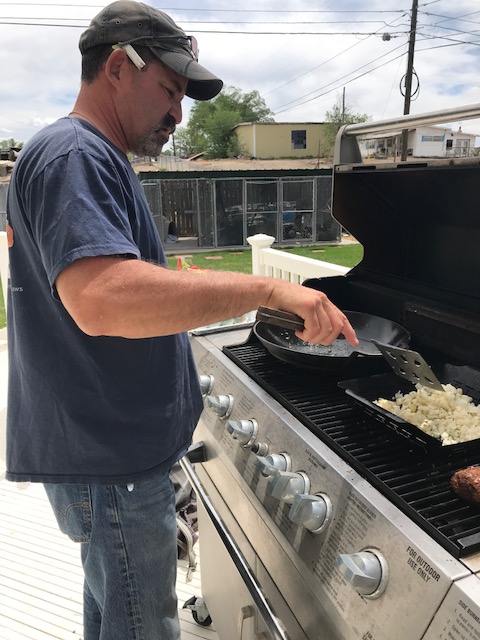 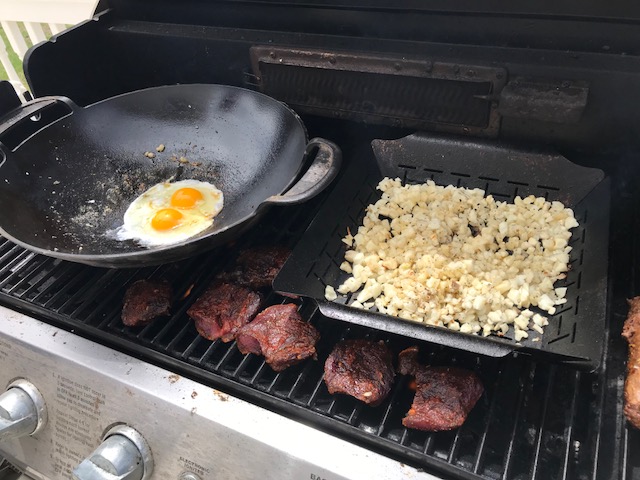 As an aside, is there nothing this man can't do with a grill and a spatula? I think not.

It was a very relaxing day and a great way to end the loooong holiday weekend.  I now feel 100% more energized for my return to day Job, where I will put in a grueling three-day workweek before enjoying another weekend.

I could totally live with that schedule on the regular, if that were an option.