I had a relaxing weekend, just to be hit with a wicked migraine this morning. I don't neccessarily believe the two to be related, but, one did preceded the other, chronologically speaking.

Saturday morning, I got up early to hit the nursery in Hooterville for the flowers for my front porch; the nursery I prefer to get them from just recently re-opened for the season and I wanted to make sure I got first pick. I was not disappointed. 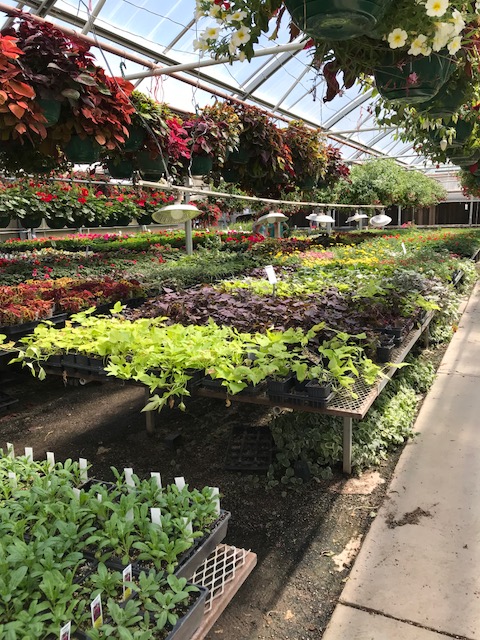 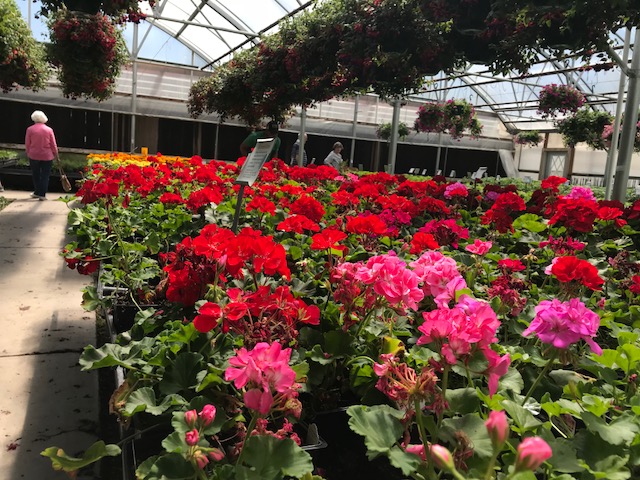 When I got home, I quickly got to transplanting the flowers into my window boxes before spending the rest of the morning helping Hugh with some yard chores that have needed attended to for some time (we really, really neglected the yard after Rowdie passed away last year; it was just too hard to be outside without his goofy self following us around).

Later, I got myself cleaned up and ready for the first Porch Night of the season. It was a Cinco de Mayo themed get-together, which meant Mexican flavored appetizers, including a classic 7 Layer Dip, tortilla chips, and a variety of salsas and queso dips. I had also purchased several new wines as recommended by Google (sommelier to the stars!), which is how I discovered a new favorite: Oyster Bay Sauvignon Blanc. 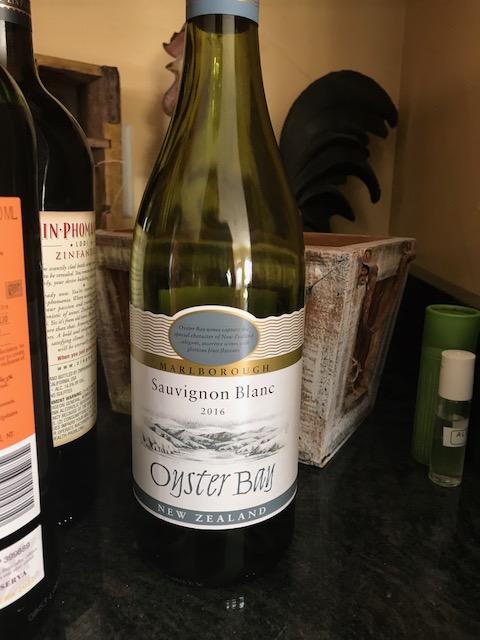 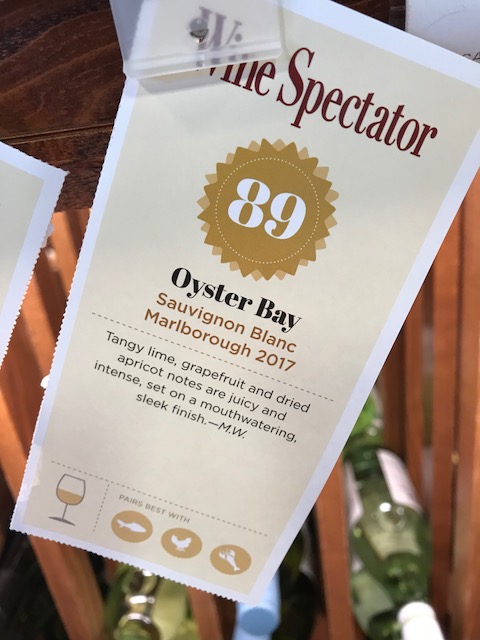 It paired especially well with the chips and tomatilla salsa, which I really liked. I also tried rioja for the first time and liked it fairly well; it paired nicely with the black bean dip.

Of course, the best part of Porch Night is getting to spend time with friends, and, this particular night, we were helping Mama Jill put the finishing touches on Kenzie's graduation party, so that was definitely worth a good toast. 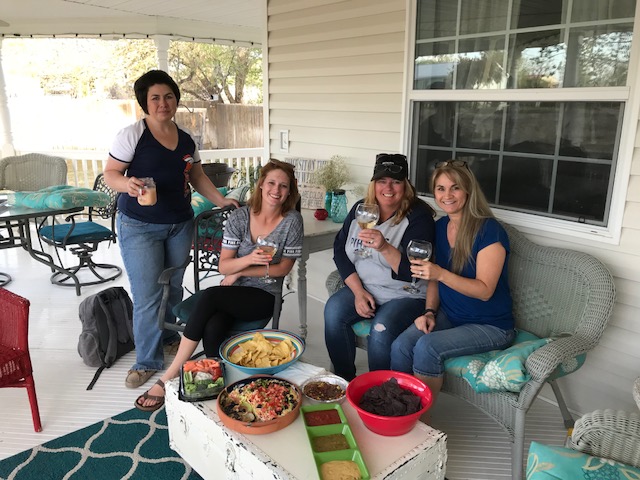 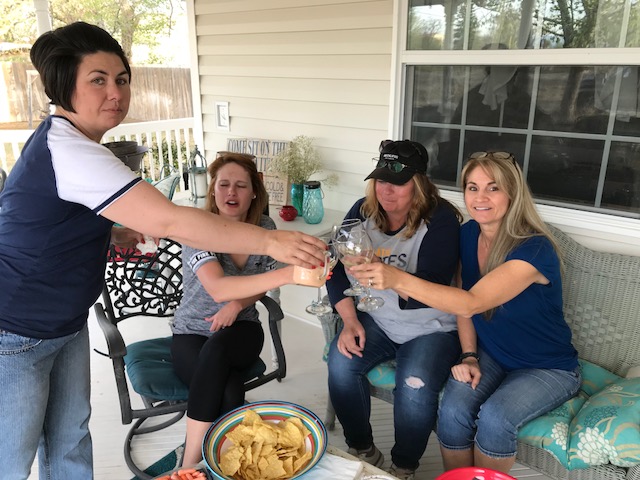 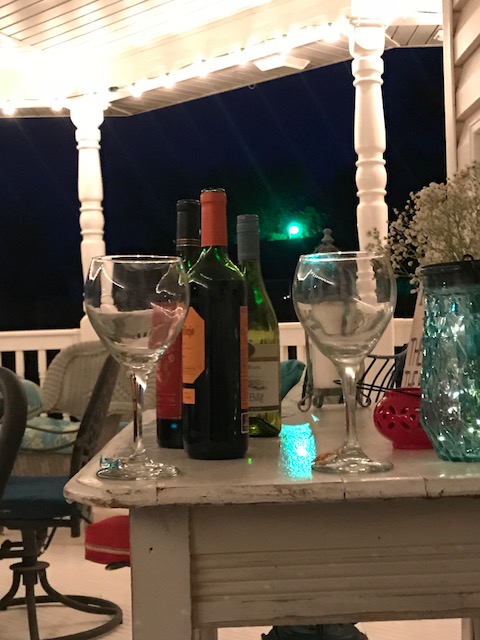 Sunday, I relaxed for the better part of the morning before taking Boomer to the hardware store so that Hugh could get the kennels power washed. We have discovered that Boomer has an affinity for water; he runs through the sprinklers and insists on being sprayed whenever a hose is turned on in his presence, and, Hugh really wanted to accomplish the chore quickly, without drenching the dog.

The rest of the day was spent transplanting herbs into the herb box that I like to keep by the grill on the back porch, running on the treadmill at the gym, watching Hugh grill chicken for dinner, and watching trashy television (Royals, oh how I love thee!) before turning in for what ended up being the best night of sleep that I have gotten in ages (according to my Fitbit tracker).

So, it was a total bummer when my vision went all wonky as I was getting ready for work this morning. I'm relatively confident that the headache was another in the long list of complaints that I have against perimenopause, so, I won't bore you by saying it again (except, I just did). I will say, however, that I could seriously kiss the scientist who came up with sumatriptan, because, without it, my world would be a dark, dark place. 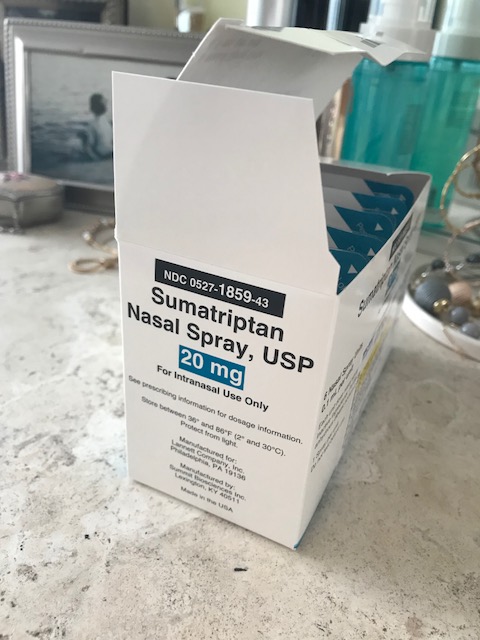 So, to the makers of Imitrex and all it's generic counterparts, I salute you!