Much like every other summer weekend, this one went by in the blink of an eye; one minute, I was mentally checking out of work and the next, I was preparing my brain to rush back into the fray.

In the middle, there was a lot of time spent in the garden, a night spent with my children, and a kick-ass BBQ to celebrate Hugh and Oscar on Fathers Day, which, isn't a bad way to spend the time in between 5:00 on Thursday evening and 8:00 am on Monday. 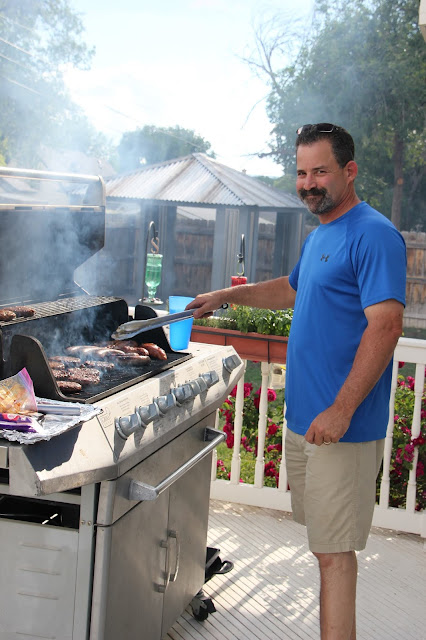 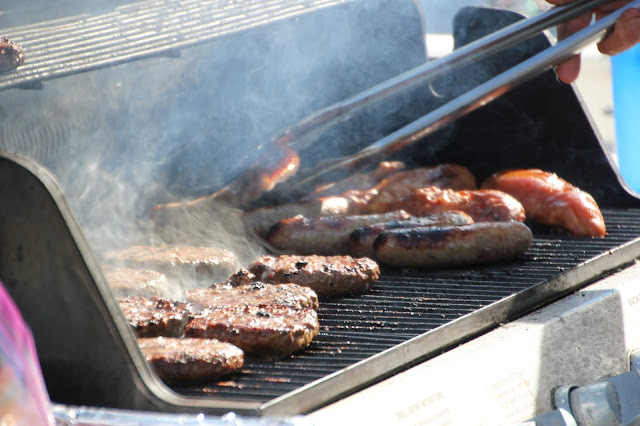 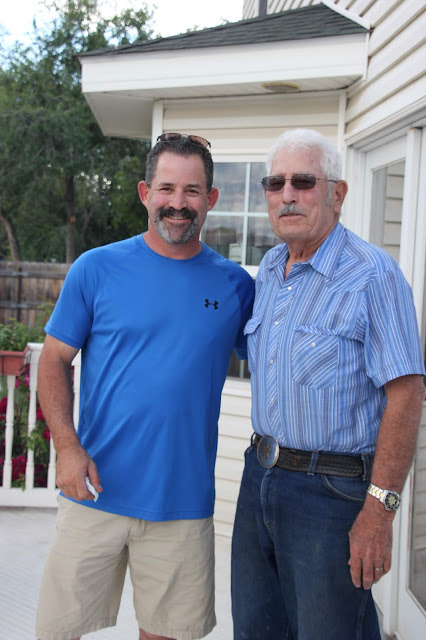 Not bad at all.

The BBQ was a total homage to gluttony; Hugh grilled three different kinds of burgers (regular, bacon and cheddar, and black and blue), brats, and terriyaki chicken breasts. Queen B tried her hand at her grandma's potato salad recipe for the first time (it turned out great!), Emily contributed her German potato salad (vinegar base, rather than mayo/mustard base like my mom's), I made my mock Caprese salad, and slow-cooked baked beans, and we sliced up a watermelon, using a new slicer that Queen B and I saw at the grocery store and were intrigued enough to purchase- it worked amazingly well, but it makes some ginormous slices... 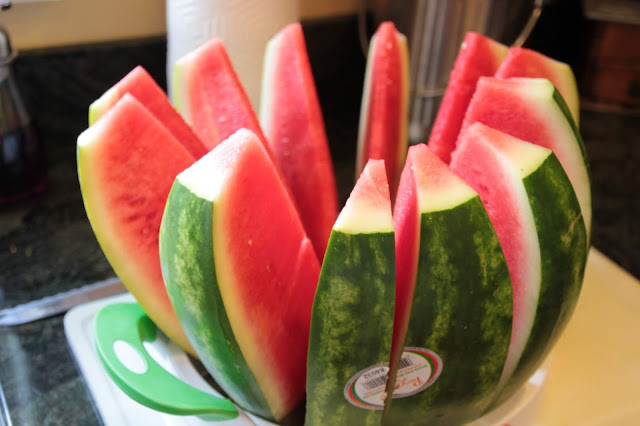 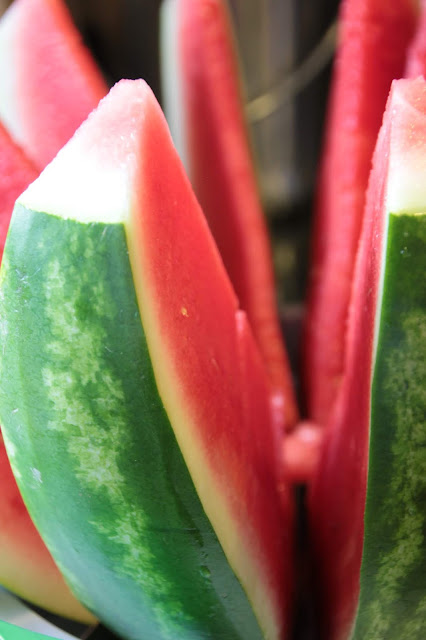 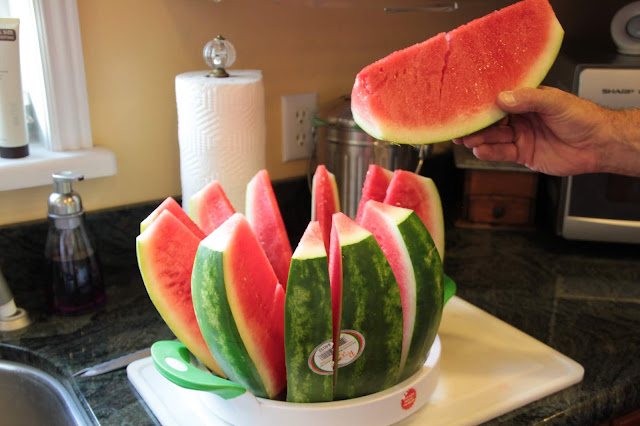 It was a lot of food, but none of it will go to waste-leftovers were sent with the children, and we all know how much a houseful of teenagers and twenty-somethings can eat.

It was a gorgeous day, despite the rainfall that had happened overnight, or, maybe because of it. We ate dinner on the porch, where Emily and I admired my roses, which are blooming like crazy right now... 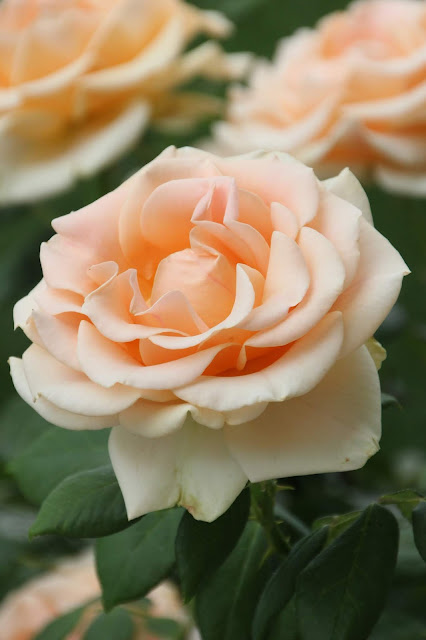 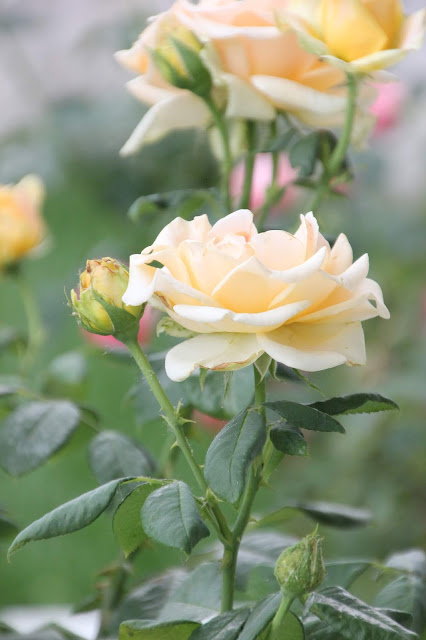 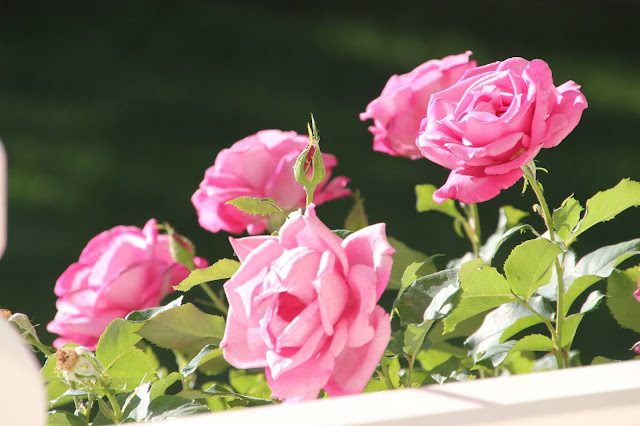 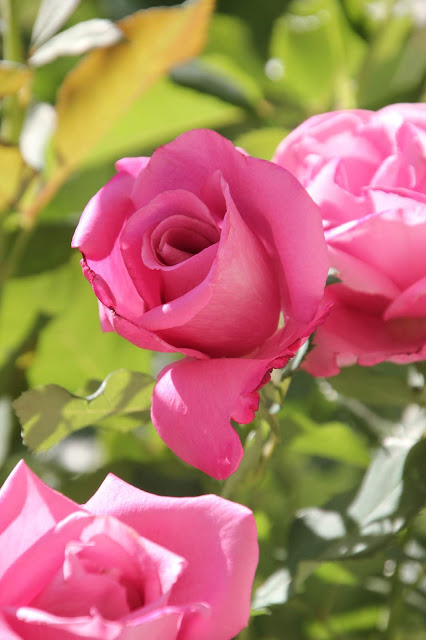 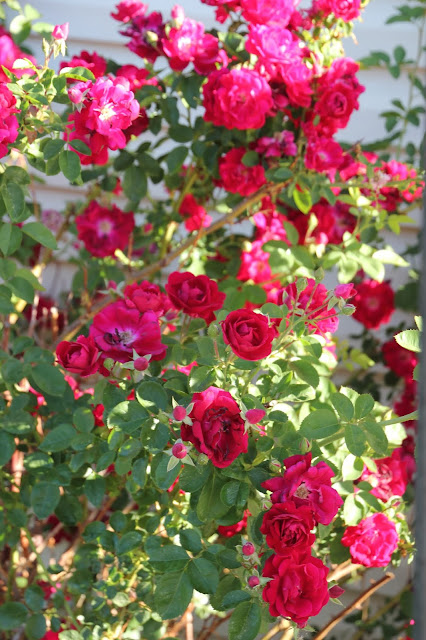 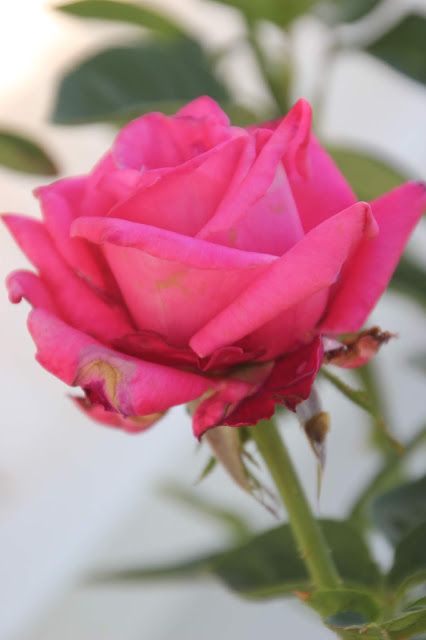 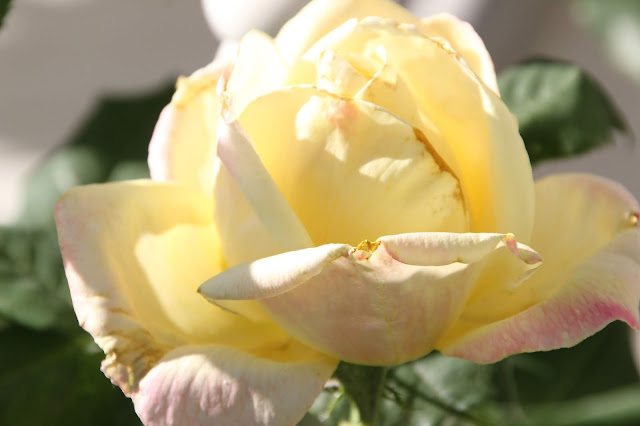 ... and we sipped on wine that I purchased from the winery where Queen B is doing her internship. It was a great way to celebrate the menfolk, and, lest you think that slaving over a hot grill is not really a fun way to spend a day that is supposed to be about celebrating Fathers, Hugh would beg to differ; he is the self-proclaimed Grill Master and wouldn't have spent it any other way. 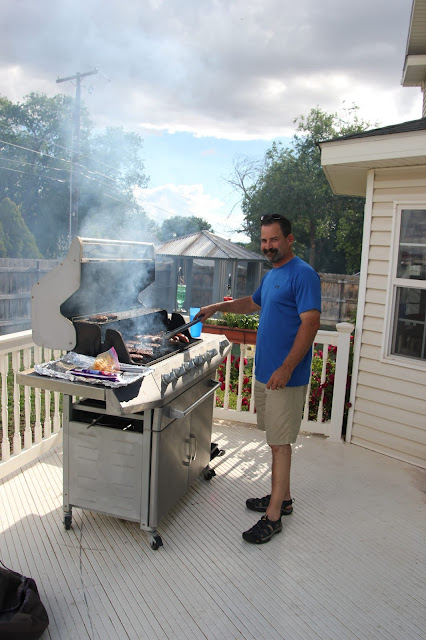 Hugh: Master of All He Surveys
Posted by Chelle at 7:17 AM