Friday Favorites, Because It's Been a Coon's Age Since I Did One

It's been a coon's age...what the hell does that even mean? Where did it come from?* Why are some sayings so damn weird?

But! It has been a hot minute since the last time I posted a Friday Favorites, so, here we go.

Last Thursday, I hosted Porch Night for some of my co-workers from Day Job. Two of my co-workers had never been to the porch before, and they were so sweetly complimentary about it, I can't wait to invite them back again; as we all know, I am a huge sucker for compliments about the porch.

The porch did look particularly adorable, if I do say so, myself. I had cleaned and re-arranged the furniture earlier in the week, mostly because I wanted to make room for the new antique trunk that Hugh had purchased for me at a neighborhood yard sale, but, also to create more space for seating while entertaining. 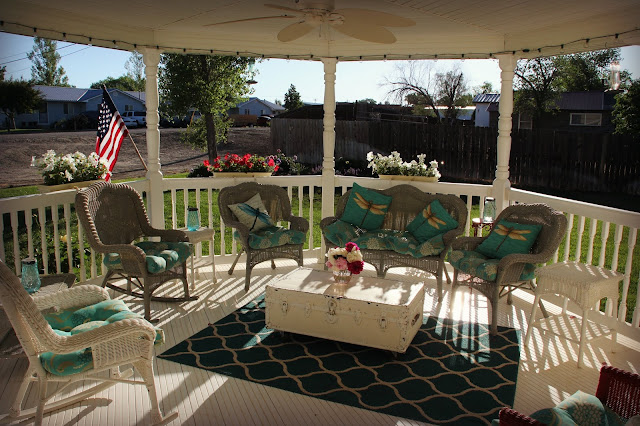 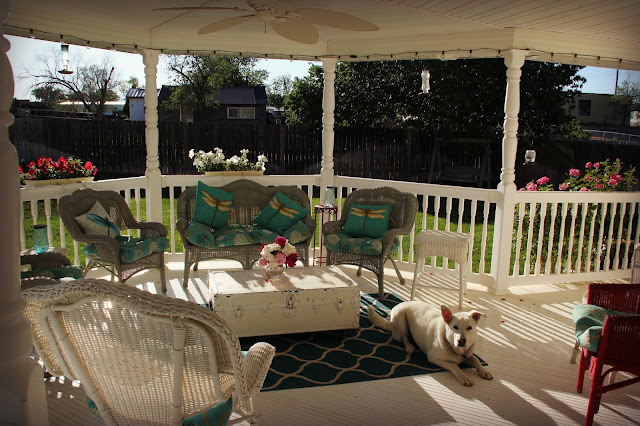 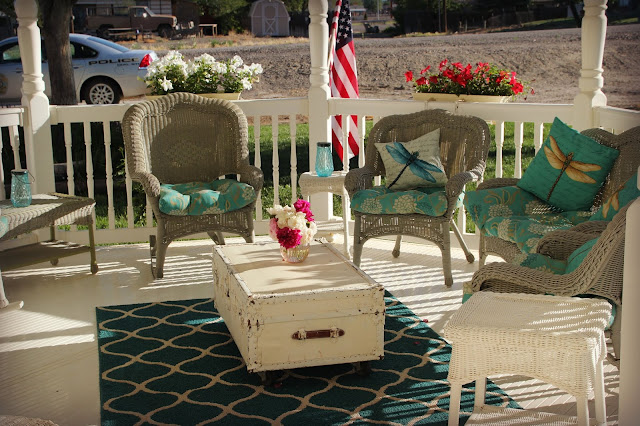 About that trunk, Hugh happened upon the yard sale when he was in Hooterville to install a water heater and, when he spotted the trunk, he thought I might like it, which, I most certainly do. 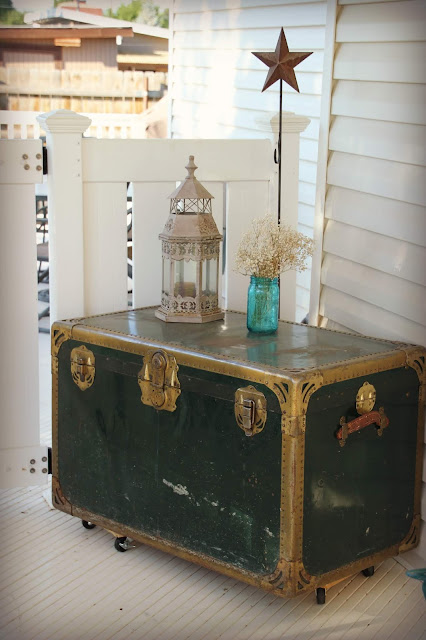 Since we were in the presence of Porch Night Virgins, I busted out the summer berry sangria, which is always a crowd pleaser, guaranteed to ensure repeat visitors. We also noshed on some really great snacks, including a roasted red pepper goat cheese spread that I picked up at the local market; it was scrumptious (Co-worker Kristi's word). 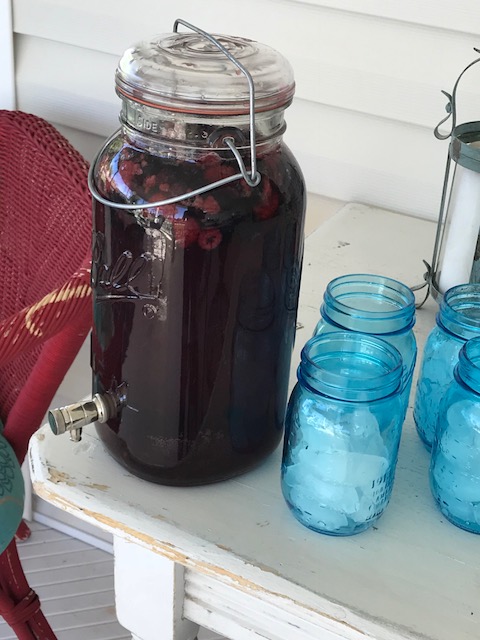 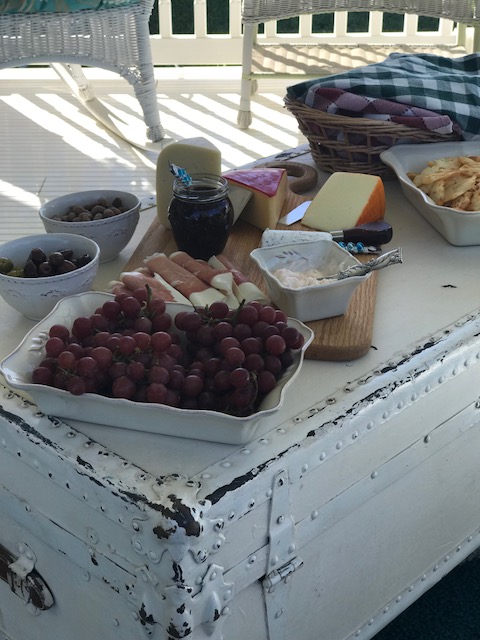 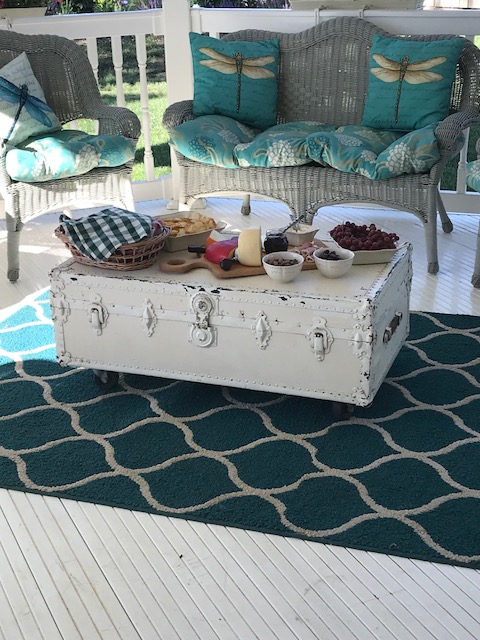 We also had a selection of olives to choose from, courtesy of my sister, Barbie, who works in the marketing department of a large food chain. She brought me a ton of samples from various vendors when she and my nephew were in Neighboring City for baseball the weekend before last, and the olives were among them, along with various olive oils, vinegars, pastas, and other goodies. 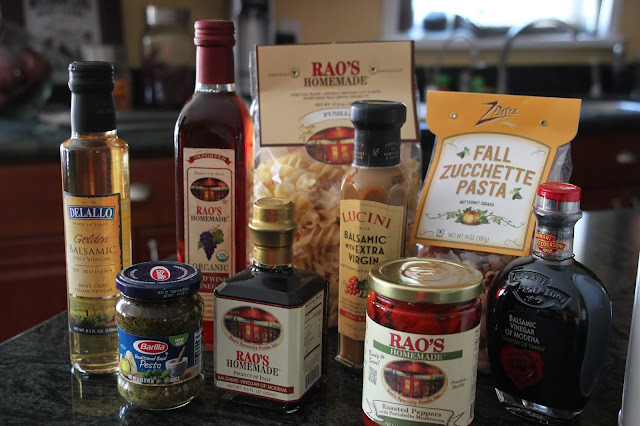 I'm already experimenting with a new Mediteranean-inspired pasta salad using the golden balsamic vinegar, but that's a favorite for another post.

Coon’s age means a very long time. It is an Americanism that has fallen out of favor, and is considered offensive by many people. Coon is slang for raccoon, coined in the mid 1700’s. The term coon’s age was first used in the early 1800’s and in fact, owes its origin to the folk belief that raccoons are long-lived. Raccoons are not truly long-lived, but their fur is quite hardy, which may have given rise to the belief that raccoons live for a long time. Because of the raccoon’s bandit-like appearance with its black mask, striped tail and stealthy nighttime habits, to coon has come to mean to steal or pilfer, though this verb form of the word coon is rarely used. Coon has also been used as a derogatory term for country bumpkins, as well as a racial slur.