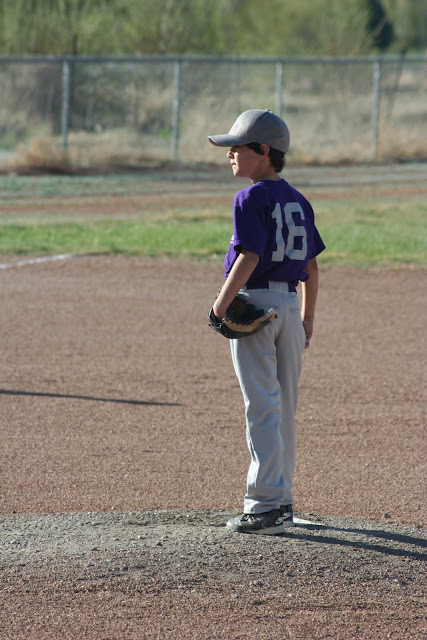 This should come as no surprise; we lost another baseball game last night. We didn’t get smoked, exactly and, there were a few really good plays during the game, including a double play courtesy of the Man-Cub but, you know, it would be nice to see the boys win one once in a while.

And, while I made Hugh agree not to criticize or complain (since it was his decision to sit out on the coaching this year); I don’t hold myself to quite the same standards.

For starters, the team has not practiced since the first game. You cannot improve on your skills without practice and, game-time is not practice-time. When you make the commitment to coach a team, you should take into consideration the fact that you will have to spend a certain amount of time on the endeavor. Practices, team-building activities and post-game pep-talks are a must if you want to have a team that plays well together.

Not surprisingly, the kids have no respect for their “coaches” (a term I am using quite loosely, here). While they are not disrespectful by any means, they simply have no real regard for the opinion of the men who show up at the games to occasionally throw out a word of encouragement while sitting in the dugout discussing last weekend’s rodeo.

Despite the lack of effort at team-building, the boys like each other. They are nice to each other, encourage each other and, to their credit; not one unkind word has passed between them all season. This is obviously not a tribute to the coaching they have been given, it is a reflection of the parenting they have received.

And, on the bright side, they haven’t been terribly upset with all the losses. They have the classic “we’ll get ‘em next time” attitude, an attitude I hope proves prophetic.

Also on the bright side, the head coach has not once yelled an abusive remark at one of the boys; something he was well-known for during his time as an assistant coach in years past and, the major reason that he hadn’t been allowed a head coaching position until this year. I suppose that shows personal growth, that or; he is terrified of Hugh and at least one of the other boy’s fathers.

So, where does this leave us? Well, with a losing season, inexplicably happy boys and, my husband, who now thinks it might just be a good idea to get back into the coaching thing next season.

So other parents can criticize him.