Color Blindness Has its Advantages

For one thing, this is the closest he will ever get to aerial combat. 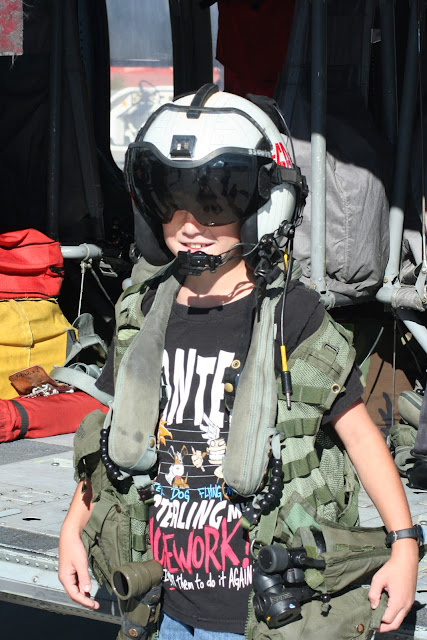 It's true, the cute pilot-guy at today's Air Show told me so; color blindness is a fighter-pilot deal breaker. That comment made him my favorite person for about five minutes, right up until he told me that it would in no way preclude the Cub from hand-to-hand combat. 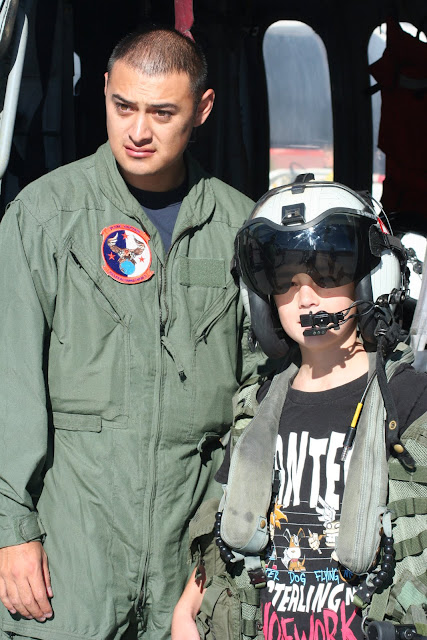 It's a shame, I really liked him up until then.

Anyway, we had the opportunity to meet this nice man whom- despite my teasing, I respect and appreciate greatly for defending my freedom- at our community's annual Airport Appreciation Day. A number of military planes were on hand, along with the men and women who pilot them and, we really enjoyed meeting them and learning more about them and their planes. 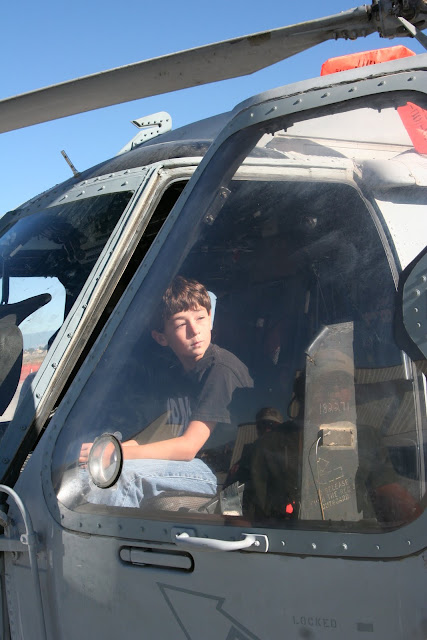 The Cub had a chance to sit in the cockpit of an Apache Helicopter, to explore a large bomber and to stand on the wing of a few other planes. It was quite exciting for him and I had to work really hard at acting like it was the first time that I had ever seen such cool planes when, in actuality, yeah, saw them yesterday when we were setting up for the event. Met the pilots! Touched the planes first, nanananana! 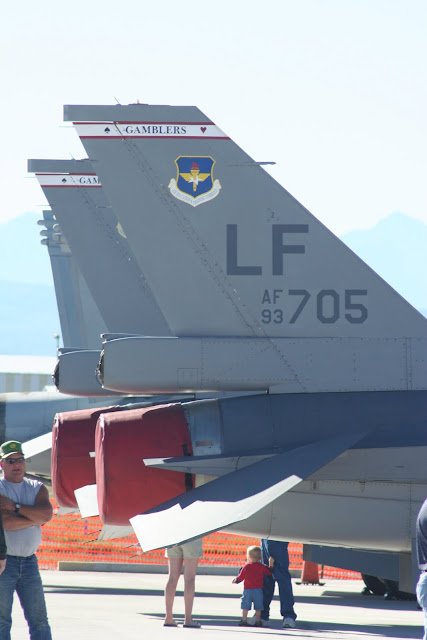 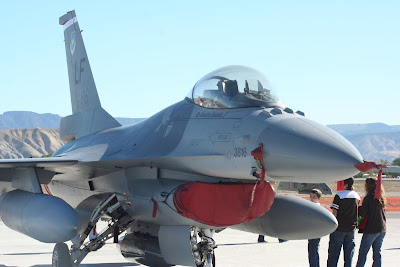