Football Isn’t For Wussies and Teenaged Girls Like Hamburgers 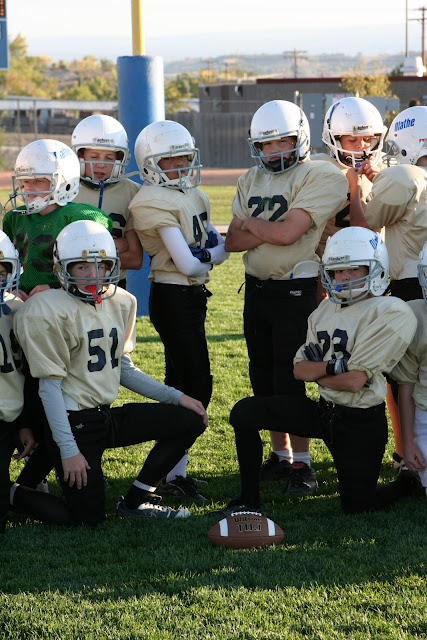 Apparently, our football team is extremely breakable as evidenced by the second instance of a player being taken off the field in an ambulance at one of our games. Tonight, it was a compound fracture of the arm which is even less pleasant than a snapped wrist what with the blood and bone protruding from the skin and all.

Meanwhile, back at the ranch (and, speaking of pretty), Hugh was entertaining thirty-four teenaged volleyball players at our team dinner. He tells me they were all very well behaved and that, while very delicate and ladylike; they ate like hungry lumberjacks, or, a swarm of locusts, or, Kirstie Alley on a binge. I think what he was trying to say was, they eat, a lot, probably even more than our football players which could go a long way in explaining why our team is so damn breakable.
Posted by Chelle at 8:59 PM