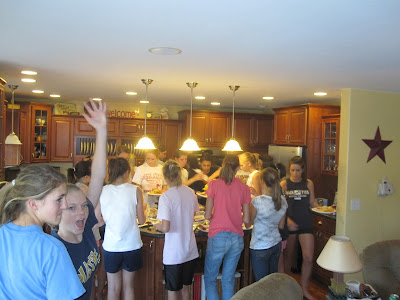 This morning, The Teenager filled me in on last night’s team dinner because, last night; she was too shell-shocked to adequately describe the experience. I knew the dinner had been successful because, there was virtually no food left when I returned from the football game and, having done the shopping for the event; I knew how much food there had been. Also, unlike the football game, were no reports of broken bones and, any party that ends without maiming your guests is a success as far as I’m concerned.

But, The Teenager’s definition of a successful party varies slightly from my own and, hers weighs heavily on attendance and by that, I mean that she was thrilled beyond measure because, and I quote, “The SENIORS came!” 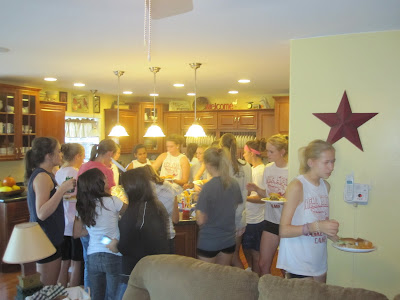 Seniors are pretty high up on the school popularity scale, as is only right and natural and, having them attend a dinner hosted by a lowly Freshman was the pinnacle of success as far as The Teenager was concerned. Their presence at the dinner made The Teenager feel like a valuable part of the team which, is really what leadership is all about and, who are the leaders of a team if not the Seniors? 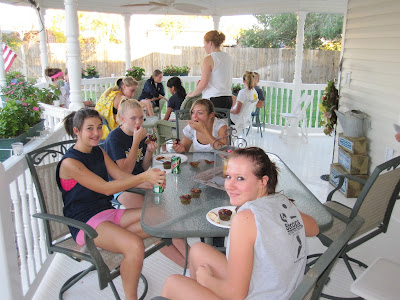 Still, I heart every one of those girls for being there. I don’t think they even realized just how special they made The Teenager, and all the other freshmen, feel last night and I hope the good karma they threw out there comes back around to grace each and every one of them. 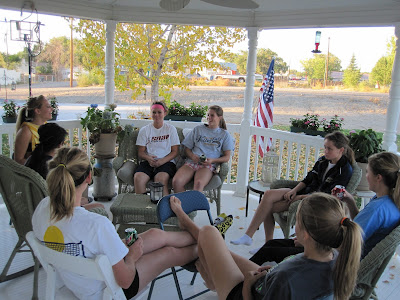 Oh, and the fact that they all made Hugh feel like the best Grill Master in the Universe probably didn’t hurt, either.
Posted by Chelle at 6:18 PM