I’ll Fall For You

There was a fly buzzing around in my car earlier today and, when I rolled the window down to allow him a dignified escape, the smell of green chilies tumbling in a roaster rushed in to take his place. I was at a stop light next to a farmer’s stand and the sight of the green chili roasters, melons, squashes, tomatoes and peppers served as a vivid reminder that autumn is upon us; before we know it, piles of plump orange pumpkins will join the other produce and Halloween decorations will take their place on the hay bales lining the produce stand.

The tree in our front yard, always the first to change into its autumn finery as well as the first to shed it, is starting to show the slightest bit of gold in its leaves and the days are starting to feel mellow and soft around the edges; all good indicators that it is time to prepare for the new season yet, I’m hesitant to throw in the summer towel quite yet. Maybe next week. 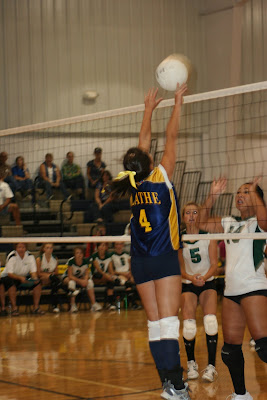 For now, I am enjoying the in-between by attending The Teenager’s volleyball games (another win today) and the Man-Cub’s football practices. Sometimes, during the practices, I walk around the park where they are held and, every once in a while I run. I’m nowhere near where I was a few months ago in terms of speed or endurance and this disappoints me, immensely. I’m also disappointed in my inability to stick to a decent diet, failing time and again to crush my sugar addiction but, I’ll keep trying and, who knows, the next time might be the one that sticks (fingers crossed). Anyway, the slightly cooler weather has been welcome on the days that I do run and, if the temperatures continue to drop after sunset, it won’t be long before I break out the feather duvet and the flannel sheets which means that I will have to listen to Hugh complain that there are feathers poking him in the ass no matter how well- fluffed the duvet.

On the other hand, the addition of the flannel and feathers heralds the season of baking, with pumpkin bread, cider donuts and spicy molasses cookies headlining the menu so, maybe I’m not so hesitant to move into the next season after all.

Also, the sugar cravings are rearing their ugly heads, again. Damnit.
Posted by Chelle at 6:22 PM