25 Days of Christmas: Day 1, Merry Christmas to All and To All a Good Night 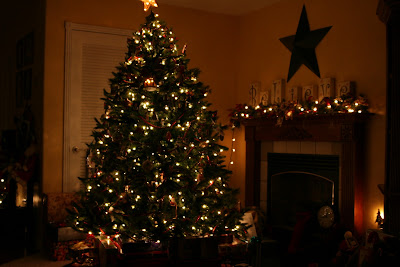 What a fabulous day! It started at 6:00 this morning, a full hour later than expected; thanks, kids! Thanks for the extra hour of sleep!

Present unwrapping commenced at 6:02 and was finished by 7:00 with every member of the family receiving pretty much everything on their gift list, including myself, who received the new Tamron 18-270 mm lens for my camera. The lens that allows me to focus from this 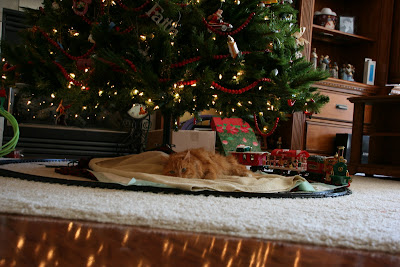 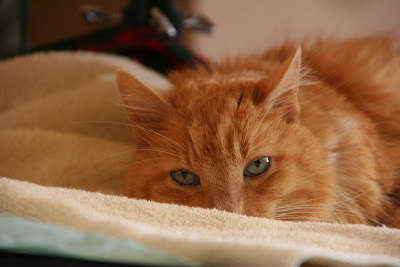 without changing the lens.

Also awesome? The fact that Gilligan is still around to pose for these pictures and, by pose for, I mean; to lay on the tree skirt while glaring at me as I take his picture.

After the week we have had with him; I’ll take it. Thanks, Santa!

As I said, Santa was generous with each member of my household. The Teenager got the phone that she had been hoping for as well as a laptop computer for which she dared not hope.

The Man-Cub got a phone of his own as well as a PSP and a Tony Hawk skateboard game for the Wii. He was pretty stoked which, in teenager-speak means he was quite pleased.

For his part, Hugh received a fish finder for the boat, the super-fancy kind that will enable him to reel in entire schools of fish (I’m guessing. You know, based on how much it cost. Also, has anyone seen my right kidney? I sold it on the black market in order to pay for Hugh’s fish finder and I would kind of like to buy it back) as well as a European shoulder bag that most men would kill for (ha! I totally hid a bottle of 12 year old scotch in a new purse and made him open it just to see the look on his face! For the record? While Hugh loves 12 year old Balvenie Scotch, he is not a fan of the man-purse, bah,ha,ha,ha,ha! BUT, I got a new purse out of the deal. Win-win!).

I appologize for the crappy quality of the video but, you know, 6:00 in the morning. Only so much one can do ,yo.

Following the hour of rabid unwrapping of gifts, we toiled about in the kitchen, preparing a turkey feast with all the trimmings. Currently, we are all in the process of recovering from a collective cheesecake coma and are watching one of the fifteen DVDs gifted to the various members of my family who arrived yesterday to help us celebrate the holiday.

Later, we might eat one of the popcorn balls that we made last night during our traditional popcorn ball-making extravaganza. So tasty and, so much fun! 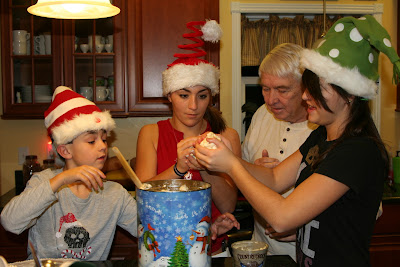 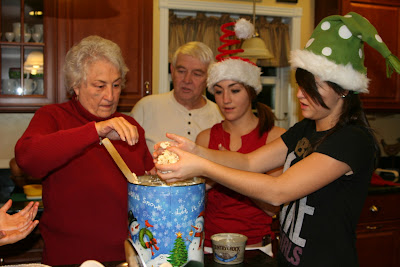 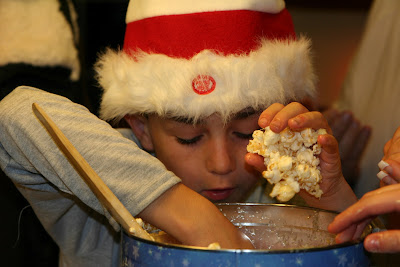 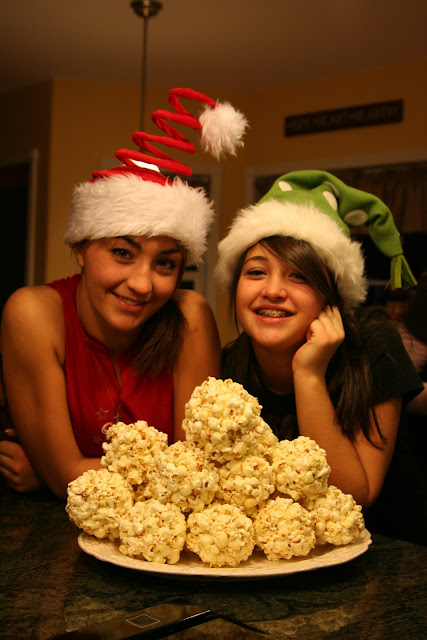 But, in the meanwhile, I am nursing a (really large) glass of Santa Margherita Pinot Grigio while thanking God for the blessing bestowed upon me, including my family, the roof over my head, the food on our plates, the friends I hold most dear and, most importantly this year; the whisper-thin marmalade kitty still sleeping underneath my Christmas tree. 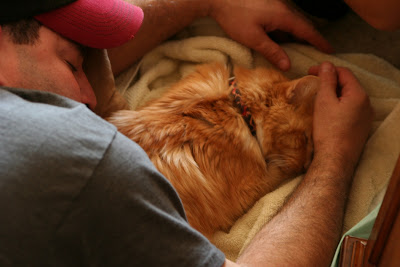 I have been blessed. So very blessed.
Posted by Chelle at 7:33 PM