25 Days of Christmas: Day 2, Settling in For a Long Winter’s Night 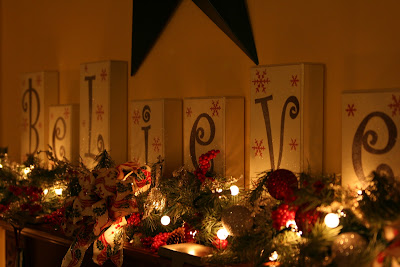 It’s Christmas Eve and we all know what that means; a visit from the Big Guy! My household is awash in anticipation of his arrival and preparations for welcoming him are underway; the debate over which cookies Santa might prefer on his plate tonight chief among them.

For the record, I vote chocolate chip while the children are split between frosted sugar cookies and gingerbread.

And, yes, this debate is serious because, one of my children still believes in Santa (hint; it’s not The Teenager). Yes, at the somewhat advanced age of twelve, the Man-Cub still believes in the Big Guy. And, while I’m relatively certain that he has his share of doubts, he has done a remarkable job of setting them aside in favor of clinging to the notion of magic flying reindeer, industrious toy-making elves and Santa’s ability to squeeze his rather large girth down really narrow chimneys.

I am so grateful for his continuing belief in the special magic of this season for a number of reasons, the very least of which is; it makes my own belief in Santa seem somewhat less absurd.

Why, yes, Virginia; I do believe in Santa. It is a belief that I will take with me to my grave, a belief that I think makes me a kinder person, one far less likely to become a bitter old woman somewhere down the road. It is a belief that fuels my desire to create as many warm and wonderful memories as I possibly can for my children who will, ideally, go on to create warm and wonderful holiday memories for their own children, ensuring that future generations also believe in the generous and kind nature of a being who asks nothing from children save for the promise that they be nice.

I believe in Santa. Not the man in the red suit, exactly but, in the principals that Santa best exemplifies; that kindness begets kindness. Generosity begets generosity. And that one person can make a world of difference in the life of another person.

I also really like chocolate chip cookies but, that is neither here nor there.
Posted by Chelle at 9:16 AM