25 Days of Christmas: Day 23, The Traditions Live On

I came by my love of all things Christmas quite naturally, at the feet of my mother who also did the holidays in a big way. Every year, she baked too many treats to count, some more popular (Popcorn balls, how we love thee!) than others (does the world really need another fruitcake, mother?) but the important thing was; she made them every year. Without fail. Every year.

I’m a big fan of tradition thanks to my mother.

And, as I said, a big fan of Christmas. How could I not be? This was the outfit my mother dressed me in for my first ever holiday… 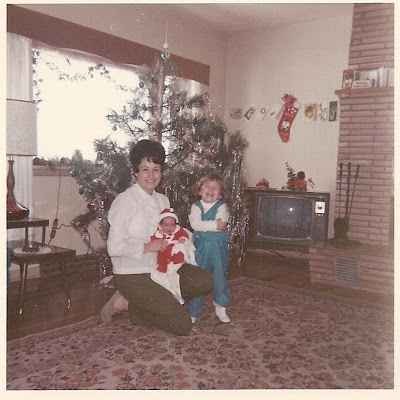 As an aside, doesn’t my mom rock the beehive? And, doesn’t my older sister look happy to have a baby sister to dote upon? Yeah, she got over that fairly quickly; in fact, I think the reason she looked so happy in this photograph… 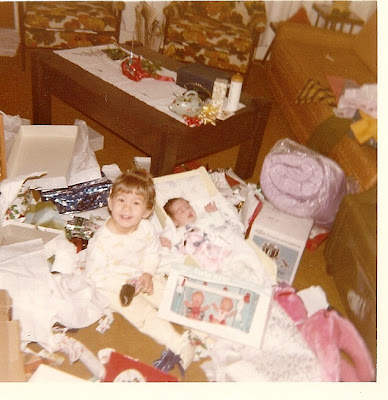 …was that she was under the mistaken impression that I could be returned to the store from whence I came if only mother had saved the receipt. She did, right? She saved that receipt? Tell me you saved that receipt!

Its ok, eventually she warmed up.

Aside from baking delicious treats, my mother also made it a tradition to take us all to see Santa, Christmas wish-lists clutched in our chubby little hands. 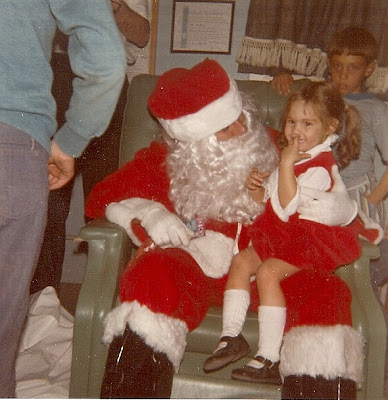 Apparently, I should have asked for a tissue that year.

Of course, we had a Christmas tree every year; ours was fake due to my younger sister’s allergy to the real thing. Each year, my dad wrestled the tree down from the attic and engaged in a battle of the wills, Man vs. Tree; spouting his own bastardized version of curse words so as to protect our delicate ears from the real thing (sappo-mother was a huge favorite and, one I use myself these days. Try it! It’s fun!) until my mother gently requested that he run to the store to pick up some item she was in sudden dire need of at which point she would successfully assemble the tree, herself. 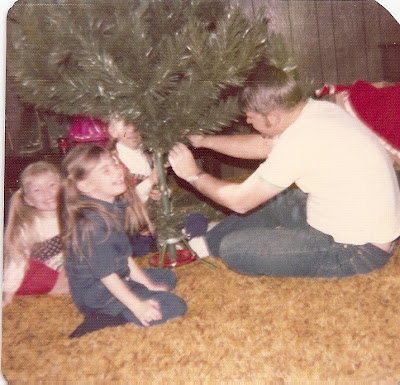 He said sappo-mother! Ha, ha, ha, ha!
And, on Christmas morning, she would pose my sisters and me with our holiday loot for a photograph to commemorate the day. I did that with my own kids up until just a few years ago. 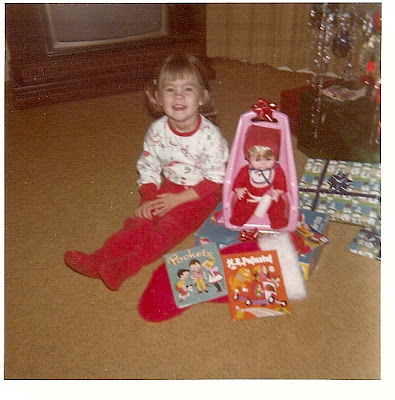 In fact, I do a lot of the same things with my kids that my parents did with us because, as I’ve said, I am a sucker for tradition.

Indeed, last week, when Hugh was putting up our Christmas tree and Part A slipped out of Part B, and Hugh dropped an F bomb (and, Part B); I got a little misty because; he totally meant to say “You sappo-mother!” I just know it.
Posted by Chelle at 8:56 AM