25 Days of Christmas: Day 18, All Otis Wants for Christmas Are His Two…I’m not Even Going to Finish That Sentence

Otis the Hardware Store Cat went to the vet today for his neutering; he is now officially two nuts short of a Sundae and, to say that he is unimpressed with this recent state of events would be a vast understatement.

He may forgive us, eventually but; the jury is still out.

Speaking of juries, guess who got a summons to appear for jury duty? I’m not worried about having to actually serve; announcing that I am married to a cop and that all defendants are guilty, guilty, guilty, guilty! generally guarantees me exclusion. Not that I’ve actually tried it but, I‘m confident that it will work out that way.

Hey, you know what is pissing me off, today?

Segue train just jumped the tracks on that transition, no? Yes.

Anyway, I’m very irritated because I cannot find my pizzelle iron. I only use it once a year and, the rest of the year it lives under the counter with the rest of the appliances that don’t see daily use yet, now it is gone. I have no idea what could have happened to it and I have looked everywhere for it on the off-chance that Hugh took his life in his hands at some point and moved it. No luck.

I am almost as displeased as Otis. Because everyone knows that having one’s reproductive organs unwillingly removed from their body is exactly the same kind of horrible as not being able to bake delicate waffle-like cookies. 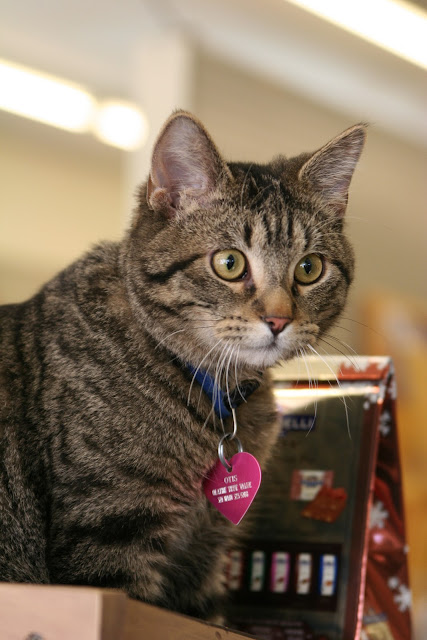 Otis would beg to disagree.
Posted by Chelle at 5:38 PM