25 Days of Christmas: Day 20, Four Down and Four Meeeelion to Go

I’m talking cookies, of course. This weekend, despite being ridiculously busy with a host of activities (more to come on that), I managed to bake four different varieties of holiday treats. I baked chocolate chippers, drop sugar cookies, my mother’s oatmeal raisin cookies (known affectionately in these parts as Son-in-Law cookies due to Hugh and my brother-in-law’s love for them) and, chewy gingerbread cookies. I baked those particular varieties because they are the least time-consuming of my cookie inventory because, as I said, cah-razee biz-ay over here.

Saturday the Man-Cub and I rang bells for The Salvation Army for two hours in front of one of the local super markets. This is an activity we participate in almost every year and, like every other year; my heart warmed at the generosity shown by the people we encountered. Of course, it didn’t hurt that the Man-Cub wore his “dancing hat”, the one that plays Jingle Bells and waves around to the beat while perched on his adorable little head. Old ladies appear to love little boys in dancing hats; little boys who aren’t afraid to shake their booty in front of a grocery store for the entire world to see. I enjoyed it, too. 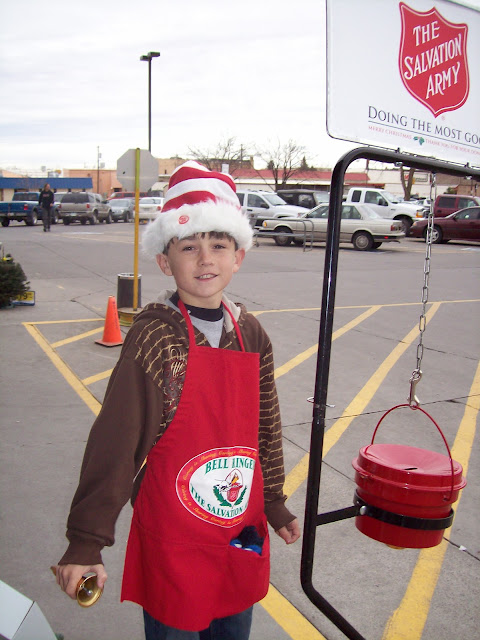 While we were ringing bells, The Teenager was at home, glued to her cell phone, waiting for word from Denver, where our Pirate football team was playing in the state championship. When she texted us to say that the team had won, we gave a little cheer and shook the bells harder. For the record, this is the team’s second state title in three years, not too shabby for a small school.

After bell ringing, I took the kids to see our community theater’s production of The Best Christmas Pageant, Ever. It was performed by the children’s theater group, comprised of local kids and they did a fabulous job. They may have actually salvaged any hope of The Teenager enjoying theater since she declared the play “Waaayy better than that thing you took me to see the last time”. So, yes, there is hope.

After the play we went out for dinner and then home where we baked the first two varieties of cookies of the holiday season. We also managed to successfully defend them from a raid by Hugh when he got home from officiating at a wrestling tournament in another town although, a new hiding place will have to be located if we are to have any cookies left for Santa come December 24th.

Sunday was spent preparing for the charter banquet for our new ASTRA club, which is the junior arm of the woman’s service club to which I belong and the club that I have spent so much time working with the last few months.

The banquet was held at our community center and we catered it ourselves, we being the women from my service club. With half of our membership, including three of our officers, in Denver at the state football championships, we weren’t sure how many people to expect but, happily, the team made it home early in the day and we ended up with all but three of our 23 members and were missing only one officer.

The banquet went really well and, despite stressing over how many parents to expect (Mini rant: Why in the name of good manners do people not RSVP to formal invitations that clearly ask for RSVPs? Why? Why, Dear Abby, why???? End mini rant), we had plenty of food, lots of support from the kid’s families and a really lovely event.

After which I came home, baked two more varieties of cookies, chased Hugh out of the kitchen approximately fourteen times and fell into bed, exhausted and with aching feet.

Tonight, round three of cookies baking, with plans for two more varieties; pizzelles and spritz cookies because, as The Teenager says, you can never have too many Christmas cookies. 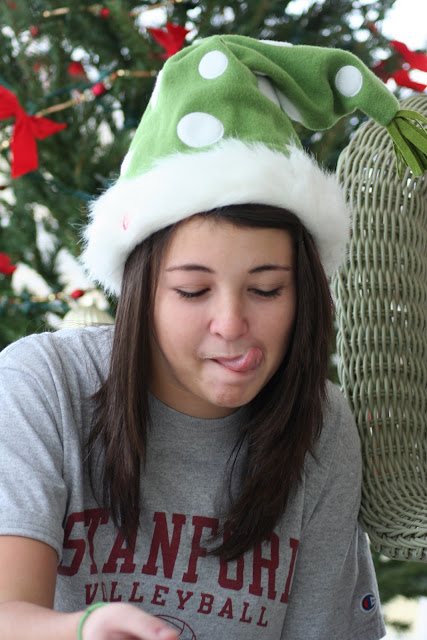 Also, cookies are yummm-ay!
Posted by Chelle at 8:45 AM