...Guinness is really coming into his own, and, by that, I mean; he is fighting back when Finnigan gives him shit. Finnigan, it should be noted, is not impressed. However, Finnigan is also becoming less aggressive as Guinness becomes more confident and, as a result, they are spending more "quality" time together. Unfortunately, this will probably lead to them plotting to take over the entire household, but, you can't have everything. And, now that I think about it; if they would handle the dust bunnies during their occupation, that would be stellar, you know, considering that they are 99% responsible for the dust bunnies to begin with. 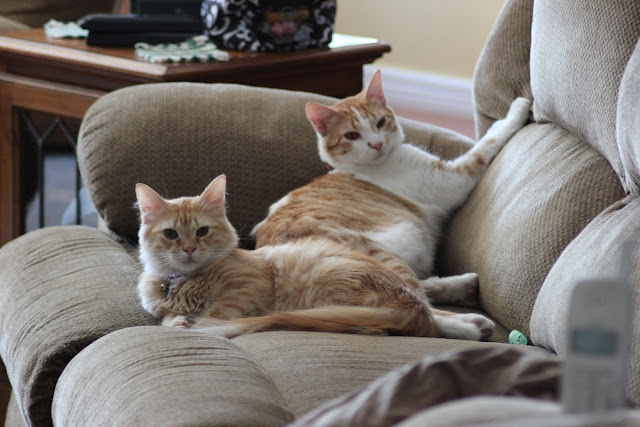 ...In gardening news, I recently picked a number of cucumbers that seemingly grew overnight. Or, within the span of several days; I can't really remember the last time I looked all that hard at the cucumber plants. Hugh will love this little turn of events since he is a huge fan of cucumber salad. Cucumber makes me belch in a decidedly unladylike way, so; I abstain from them. Unless they are in the form of pickles, that is, in which case, stand back because; I loves me some pickles. Especially pickles made from my grandmother's bread and butter pickle recipe, which I haven't had in quite some time. Huh. I guess Hugh will just have to wait for the next batch of cucumbers to grow, because, I am all over the bread and butter pickle making, me thinks. 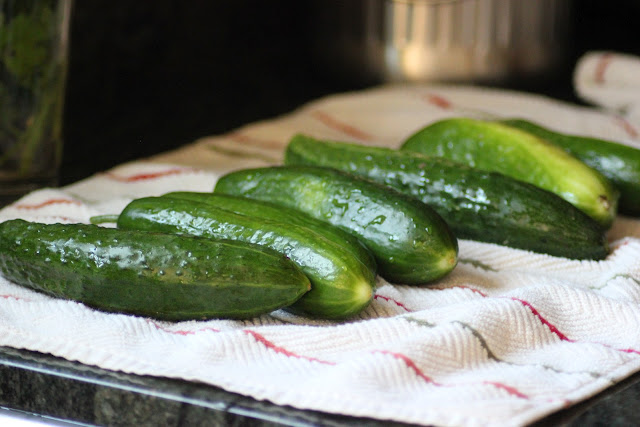 ...Despite a reputation for being my early rising child; the Man-Cub has repeatedly slept in this summer. We make have broken him, I'm not sure. It could be that he is exhausted from a sudden growth spurt that left him three or four inches taller, recently, or; it could just be that he is lazy. God, I'm hoping for the former. 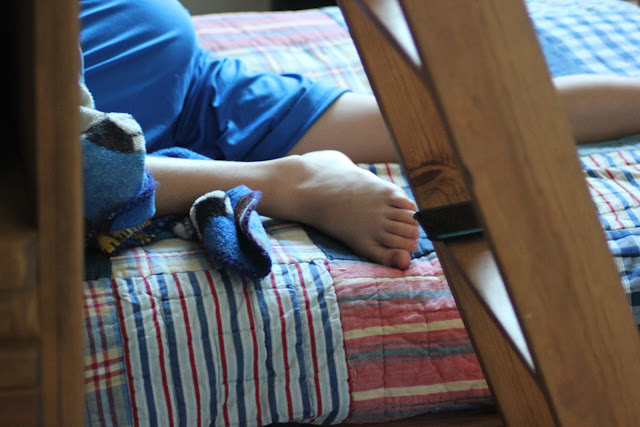 ....Day six of no Diet Pepsi and I'm doing remarkably well; I even dodged the headache this morning. I am drinking quite a bit of iced tea and water lately, an unfortunate side effect of which is an increase in my trips to the loo. This becomes quite annoying when the trips occur after bedtime, because; only infants and the elderly should pee more than three times a night, and, the last time I checked, I was neither geriatric nor infantile.

...The Gerber daisies that I planted on the front porch are blooming quite nicely, recently. This almost makes me glad that I chose them over the petunias and pansies that I usually plant. Next year, however, I think I will try something else as the daises don't really drape over the flower boxes and, in between blooming periods, are just, well, green. 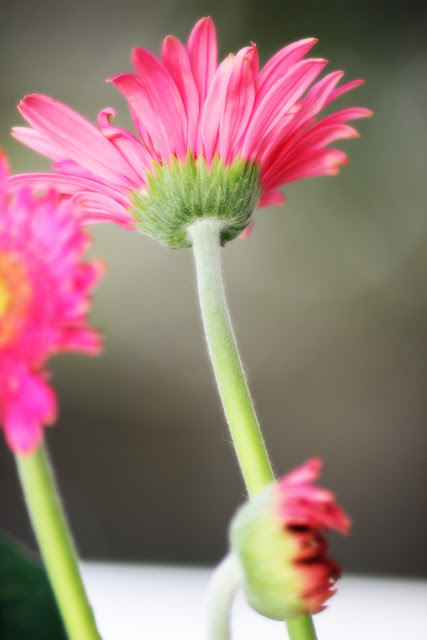 ...It's really hot out, lately. I don't mind, really; I like heat as opposed to cold. Rowdie, on the other hand? He would very much like a snowstorm right now, thank you very much. See also: Not Living Up to His Name. 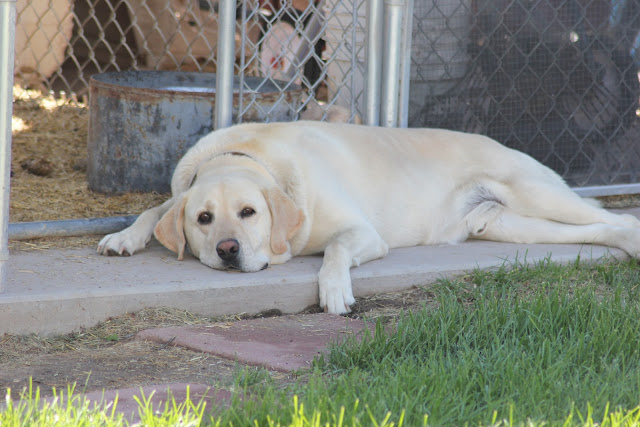