It's Not the Destination, It's the Journey

This morning, the kids and I loaded up the car with three suitcases, two overnight bags, two camera bags, a tripod, a small snack cooler, two laptops, approximately five dozen pairs of shoes, and two large coolers containing eighty-four ears of sweet corn; all we were missing was a large Mayberry or Bust! sign. Despite that omission, our annual trek to Mayberry was well under way.

An hour into the trip, I decided to shake things up a bit by taking a cut-off route that would lead us into Mayberry from a new direction. The cut-off included thirty miles of dirt road that was, as The Teenager put it; a bit sketchy.

And, if, by sketchy, she meant unpopulated, remote, and eerily quiet (in a The Hills Have Eyes kind of way), then, yes; it was a little sketchy. Not so sketchy that I hesitated to pull over and make the kids get out of the car to pose for pictures, though, I mean, of course. 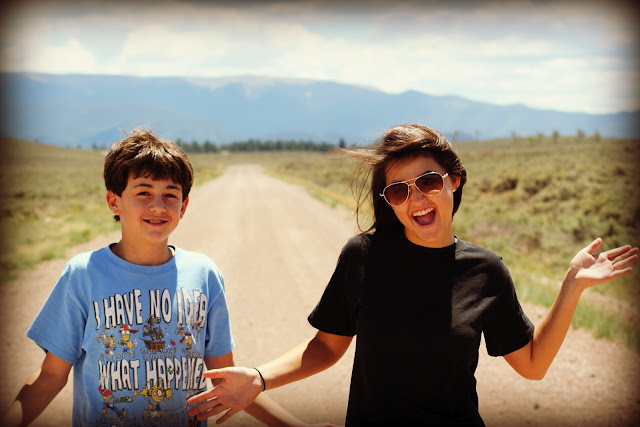 If some mutated axe-murdering inbred rapist comes bounding down those hills and drags us off to our untimely death, you'll have no one to blame but yourself, Mother. Good luck explaining that to Dad.

Besides, the road, while reminiscent of a horror movie, was also breathtakingly beautiful. 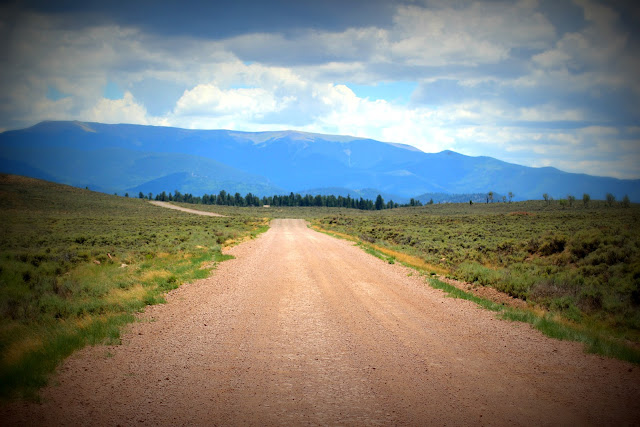 And, once we embraced both the beauty and the eeriness; we actually really enjoyed the stretch of road. In fact, The Teenager scrolled through her tunes on her iPod until she found Dirt Road Anthem by Jason Aldean and we rocked that song hard before, in a serendipitous turn of events, it ended just as we rejoined the pavement of the highway, leaving our dirt road behind us. 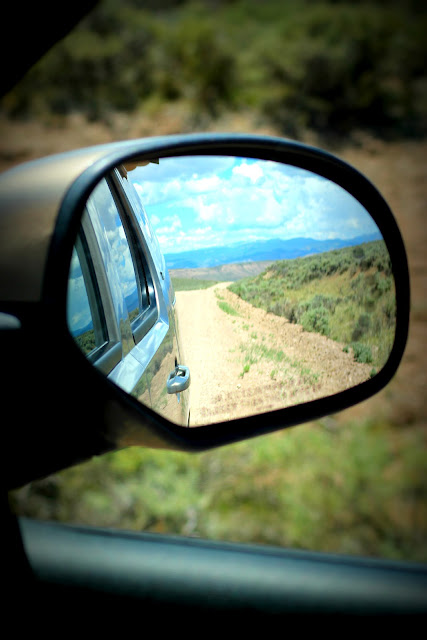 Then, since we were on no time table and wanted to stretch out the adventure; we stopped at a scenic overlook to view a waterfall. The waterfall was lovely and in no way reminded us of any horror movie that we could readily recall. 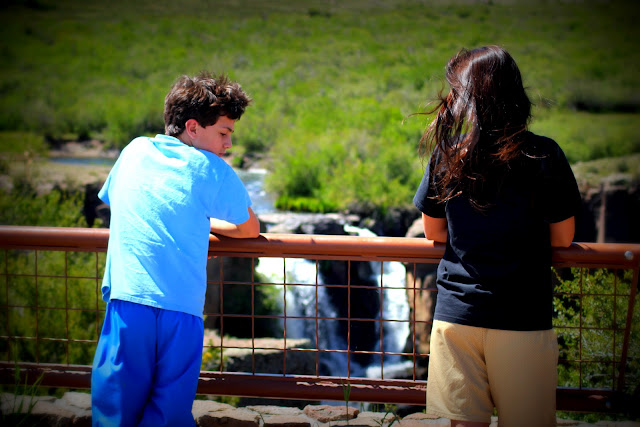 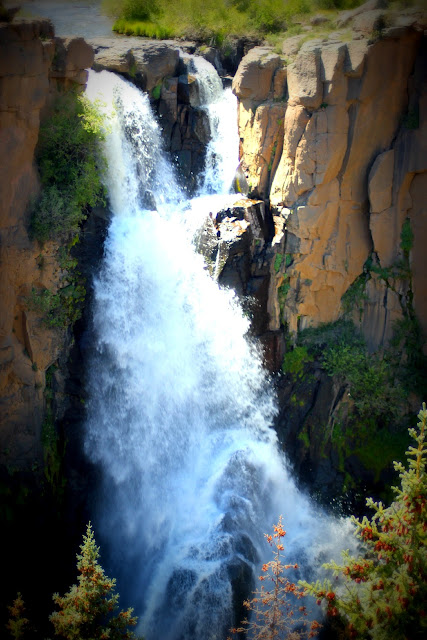 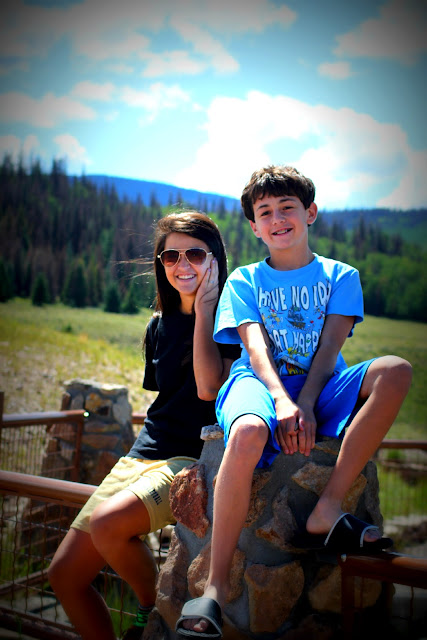 The remainder of the drive passed too quickly, and, while we may not take that route again, I can honestly say that we all enjoyed the change. Also, it's really nice to be back in Mayberry, where people welcome you with open arms.

Probably because you come bearing eighty-four ears of sweet corn, but, whatever.
Posted by Chelle at 7:16 PM