Our 4th of July celebration went pretty much as planned; we got an early start at the lake, where the girls (and one boy, I'm not naming names) adorned themselves with temporary tattoos in honor of our country's independence. 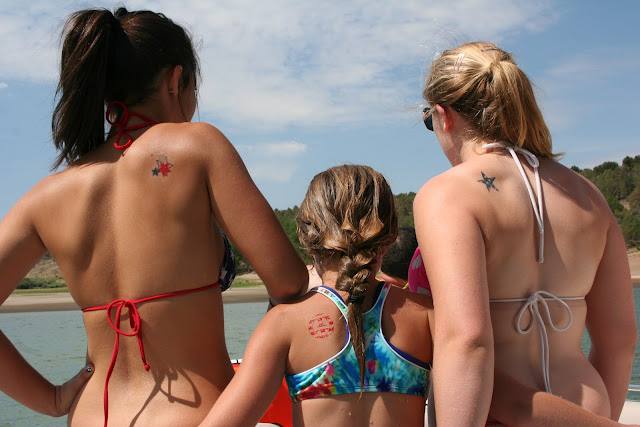 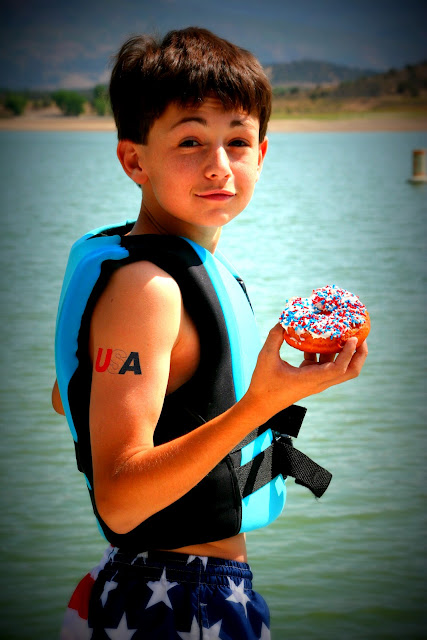 Not naming names, but showing pictures, mwah,ha,ha,ha,ha. Also, nice patriotic donut you have there, son.

Once the tattoos were firmly in place, or, as firmly in place as a temporary tattoo can be (hint, not very); we hit the water for a morning and afternoon of tubing, wake boarding, knee boarding and swimming. Jana and I "tubed" in that we reclined upon the tubes with drinks in hand and sunscreen generously and liberally applied (no burn today! We rock!).

Later in the afternoon, a storm rolled across the lake and we were forced to seek shelter in a small cove, where; we tied up the boats, threw up the covers and spent an hour and a half playing cards, chatting, and napping. It was seriously relaxing and not a bad way to spend an hour and a half.

Once the storm cleared out, we explored the spillway of the dam that creates the lake before hitting the lake for more tubing before calling it a day and pulling the boats off the water. 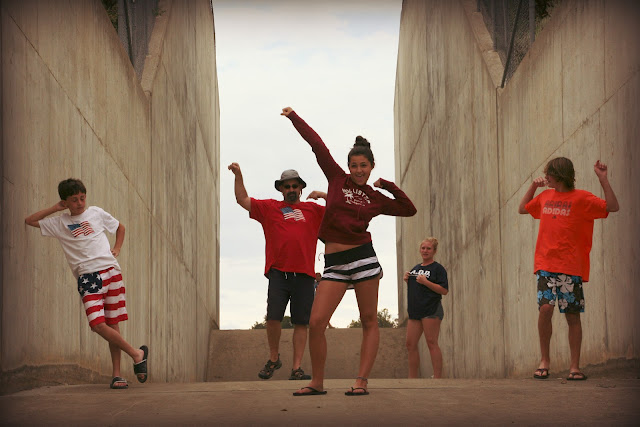 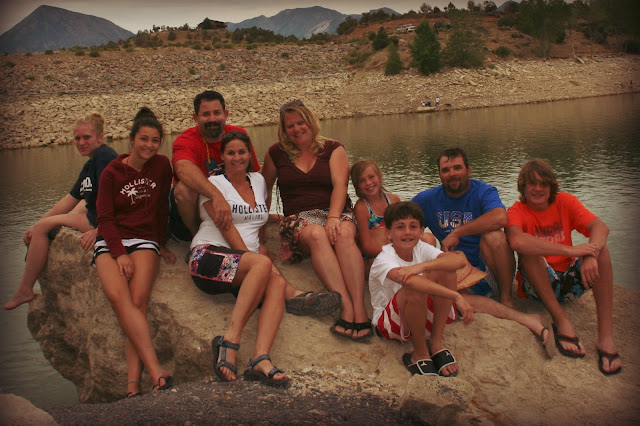 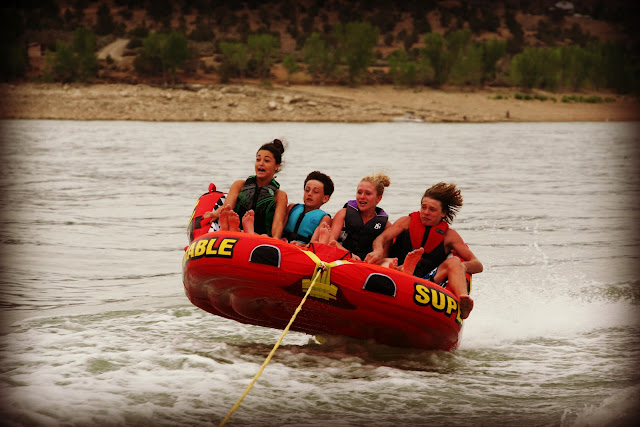 It was getting dark by the time we got home so we fired up the grill for some late-night BBQ and fired up the candles on the porch for craft time, otherwise known as: attempting a neat trick we saw on Pinterest. 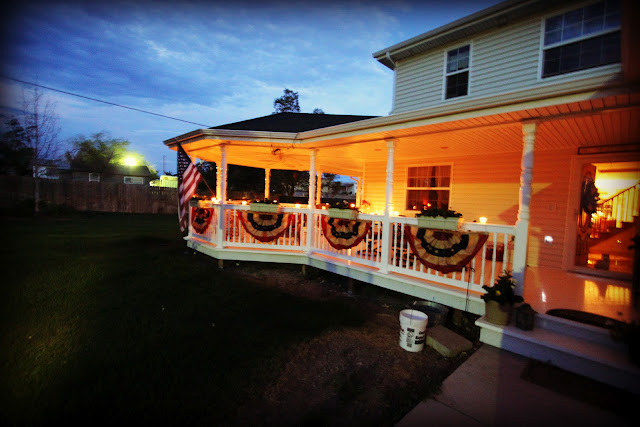 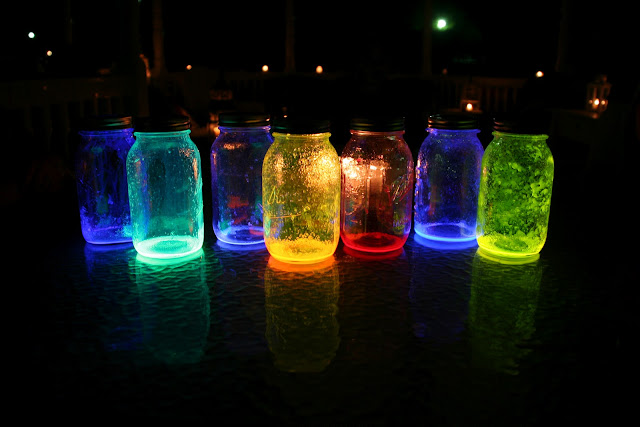 This was as close as we got to fireworks this year and, while the effect was cool; we really, really missed the fireworks.

Oh, well, each kid got to take home their very own nightlight, and, with any luck, they will last longer than those temporary tattoos.
Posted by Chelle at 2:46 PM