While driving down that dirt road yesterday, The Teenager and I had a discussion about country music; she likes it, I don't. Oh, I don't hate it and, there are a few cross-over artists whose songs I like very much, but, as a general rule, I don't listen to country music.

Since we were on that dirt road, however, and, since we were headed home for Stampede-the most "country" thing I do all year; The Teenager decreed that we had to listen to country artists. One artist in particular is a favorite of hers, a young kid by the name of Hunter Hayes.

Hunter Hayes is apparently the Justin Beiber of country music and both The Teenager and her BFF, Smiley McSmilerson (not her real name, like obviously) have huge crushes on the kid. So, you can imagine the child's delight when, her grandfather casually mentioned that the opening act for the Craig Morgan concert at this year's Stampede was none other than...Hunter Hayes.

The child didn't even have to ask; I drove straight to the ticket office and purchased two general admission tickets for the concert. Then, because I am just that cool; I finagled a backstage pass and a personal meet and greet session for her. My dad's old contacts on the Stampede committee were happy to help me out, which; I chalked up to their appreciation of Dad's twenty years of service to the committee or to the fact that I was wearing a ridiculously low-cut shirt.

Either way, I've never seen my kid more excited. Or, happier. Or, more willing to worship at my feet than ever before. And, speaking of feet; Hunter Hayes totally autographed my daughter's cowboy  boot. For realz. 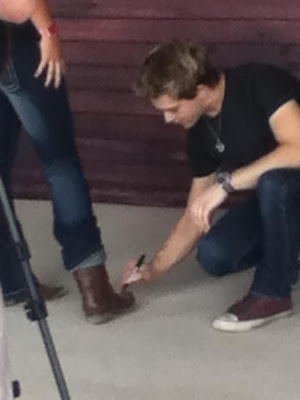 It was a great night. 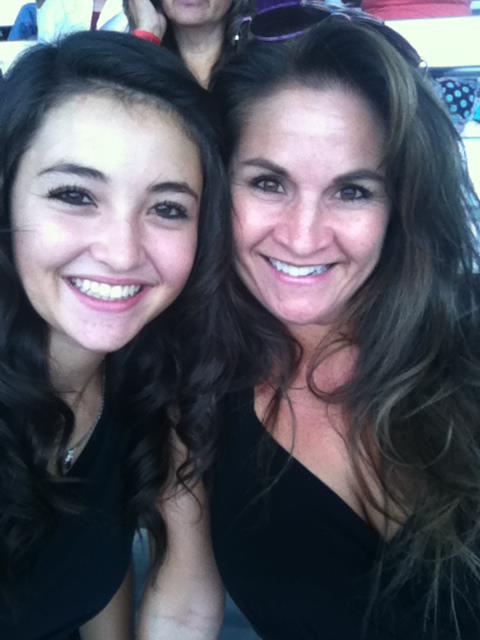 Wasn't even kidding about the low-cut shirt, obviously.
Posted by Chelle at 10:40 PM