Heading into the Sunset

The Man-Cub's last football game of his freshman year happened earlier this evening. The JV trounced the competition by a solid 30 points and all of the kids played really well. Most importantly, I emerged victorious when I was able to snap not one, not two, but THREE great pictures of The Fearsome Foursome. 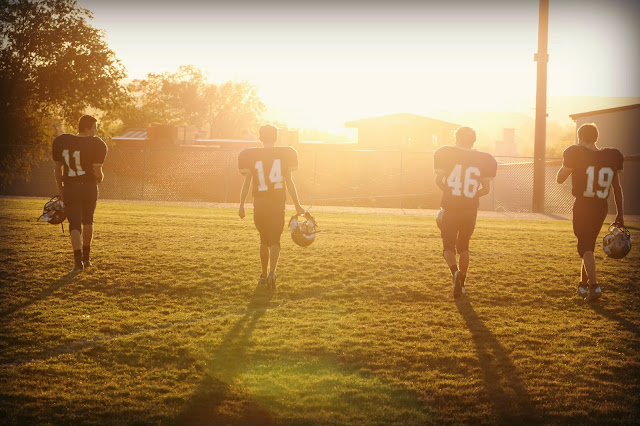 It was my own personal touchdown, and, I didn't even have to break a sweat, unlike the FF, who were drenched in the stuff. Like drenched. Seriously. Thank goodness there is no such thing as smell-o-pictures, because; those boys would have turned even the strongest stomach.

I totally forgive them for it, of course, because they are awesome and because they humor the crazy lady with the camera.

Can't ask for much more than that. 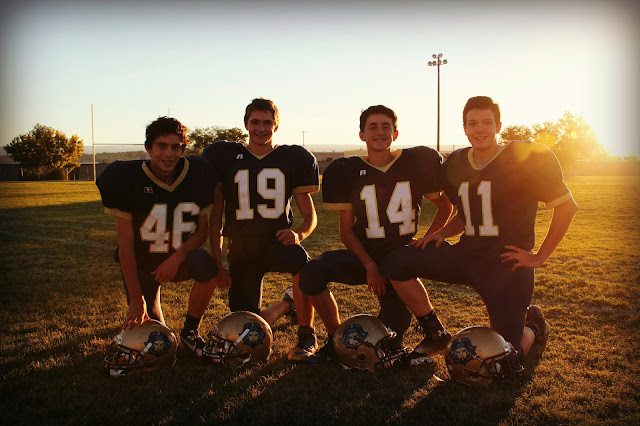 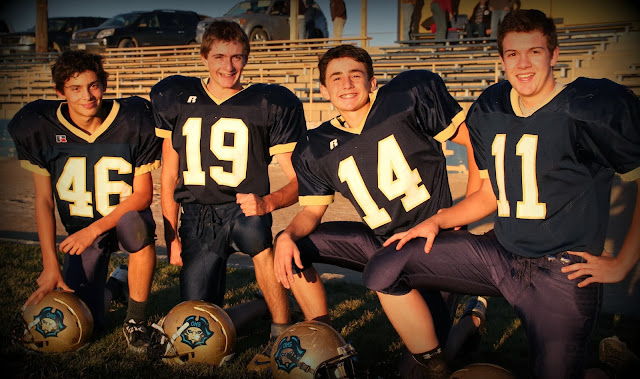