Despite getting a late start on setting up the decorations this year, Hugh managed to pull off yet another phenomenal Haunted Porch. And, by late start, I mean; he started the process at 4:15 this afternoon. We had our first Trick-or-Treaters at approximately 4:45 which meant that the first group missed out on the porch, but, by 6:30, we were in business, just in time to welcome the second group.

As an aside, who takes their kids Trick-or-Treating at 4:45 in the afternoon? Do they not realize that people procrastinate on putting up their haunted porch decorations until the last possible minute work for a living and don't even get home until after 5:00?

...decorations, animatronics, pyrotechnics, and audio were good to go. Two and a half hours later, we had run through almost 650 pieces of candy, elicited screams from somewhere around 300 kids, teenagers, and adults (often, adults scream the loudest), and completely exhausted eight teen aged volunteers and four adults (Chris and Jana graced us with their presence again this year, and you've got to love a couple so willing to spend an evening frightening people at your side; that right there is friendship at it's finest).

Once the scaring was done and the Trick-or-Treater tide had trickled to a standstill, the teenagers gathered around the fire pit to toast marshmallows and to bask in the glow of another successful Haunted Porch. 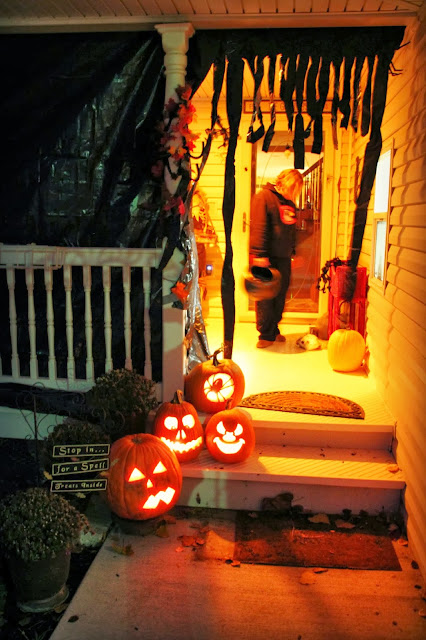 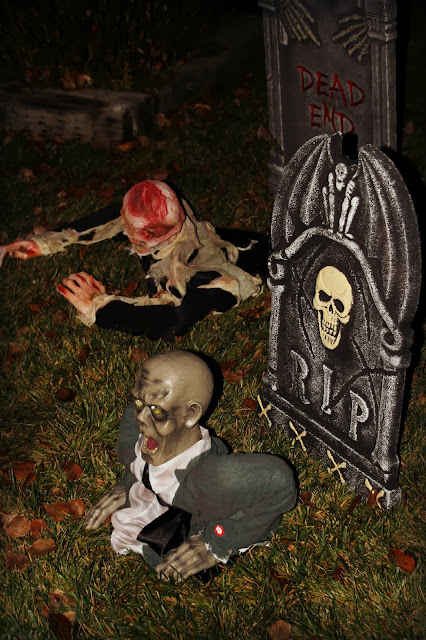 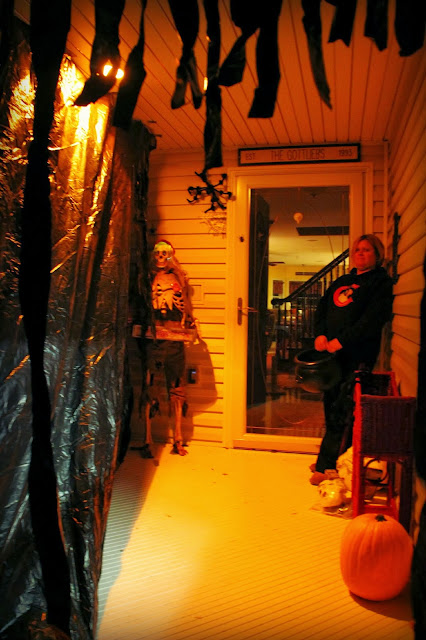 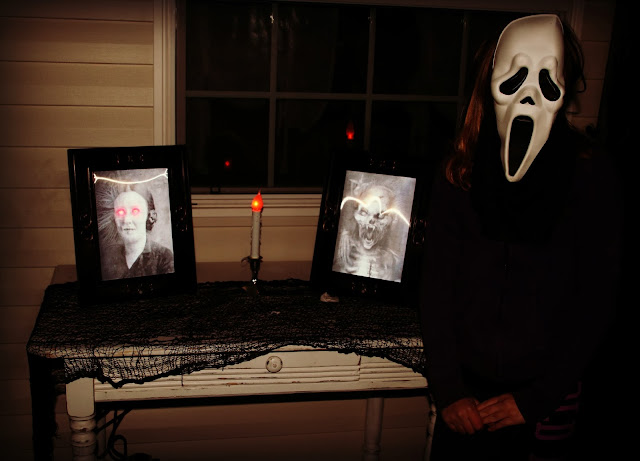 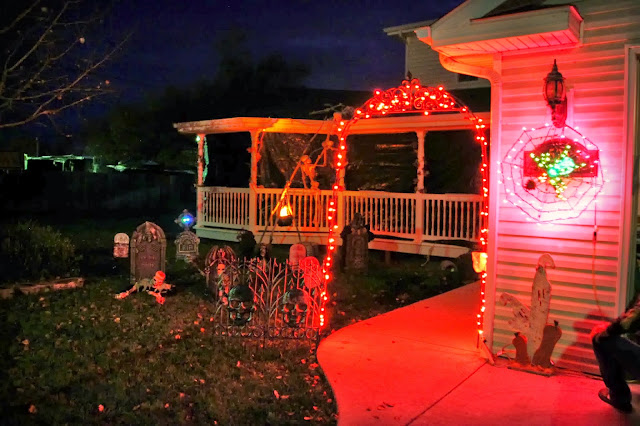 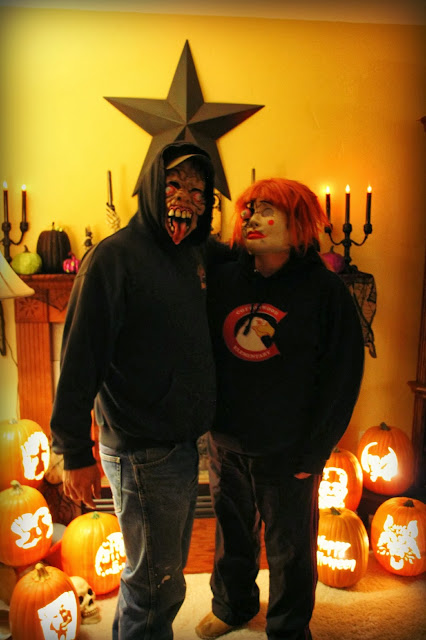 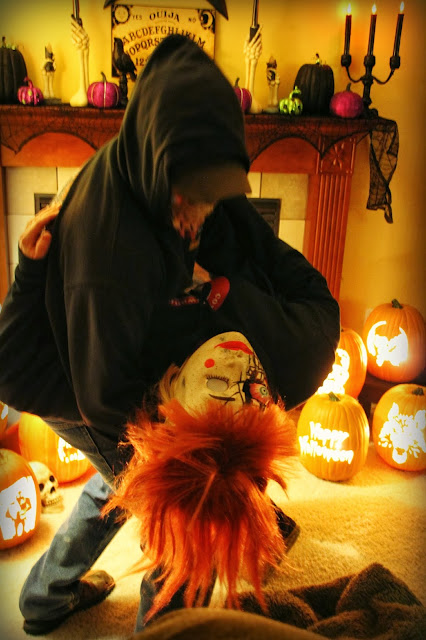 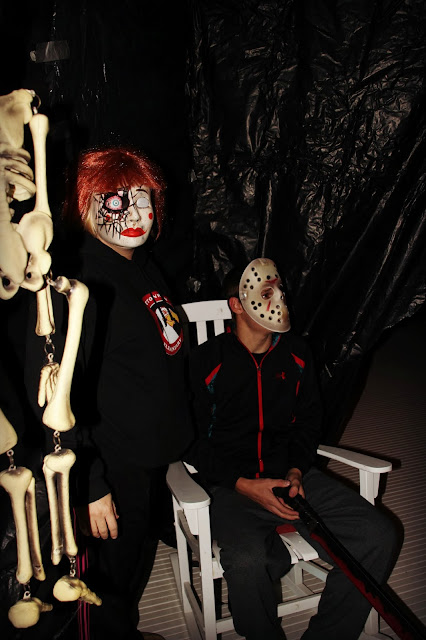 And, while the kids did that, Hugh started the chore of taking down and boxing up all five million decorations for their return to the attic, where they will live for another year. .
All told, the Haunted Porch goes up and down within a space of six hours, which hardly seems like it would be worth the effort, until one remembers the delighted squeals of the kids who anxiously and excitedly line up to brave the treachery of the plastic maze, at which point; it seems like a pretty damn awesome idea at that.﻿
Posted by Chelle at 10:13 PM