One thing that we all agreed was on our Paris Bucket List was a trip to Versailles. We had heard such wonderful things about the royal palaces, about the gardens, and about Marie Antoinette's country residence; we were dying to take it all in.

Unfortunately, the weather was anything but cooperative.

The morning that we took the twenty minute taxi ride to Versailles was windy, cold and rainy, and, although we felt prepared (Jackets, umberellas, sunny dispositions), we were still a bit disappointed when our first glimpse of the palace was the long line snaking in a random pattern throughout the massive courtyard.

Thankfully, Midge took the initiative to ask one of the guards for instructions, and, he kindly pointed his AK-47 (not even kidding), toward the ticket office, which was located across the courtyard. We separate into two's; Midge and I to procure tickets, and Barbie and Mom to save a space in the line, which, saved us a lot of sadness at the front of the line, where tourists who had just assumed that they were actually in line for tickets were then sent to the ticket office, and, ultimately, back to the end of the line.

It was still quite a wait, however; our view for the majority of the time looked like this... 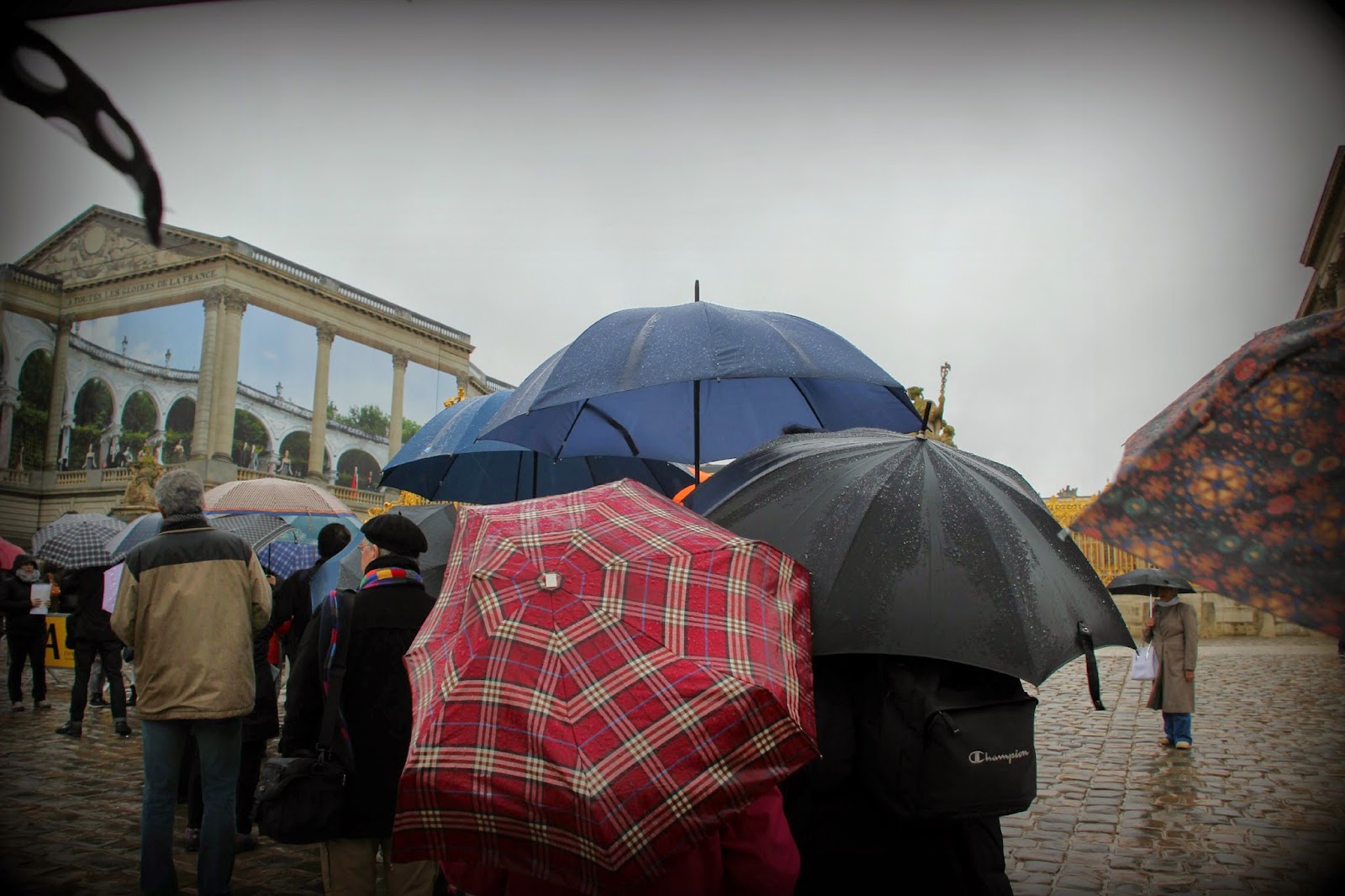 We were huddled underneath our own umbrellas as well, or, at least most of us were; the umbrella that Midge purchased from a street vendor upon arriving at Versailles was completely destroyed by a rogue wind gust mere moments after she opened it for the first time. I guess 5 euro doesn't exactly buy quality.

Anyway, once we were inside the gates of the palace, the view improved, immensely. 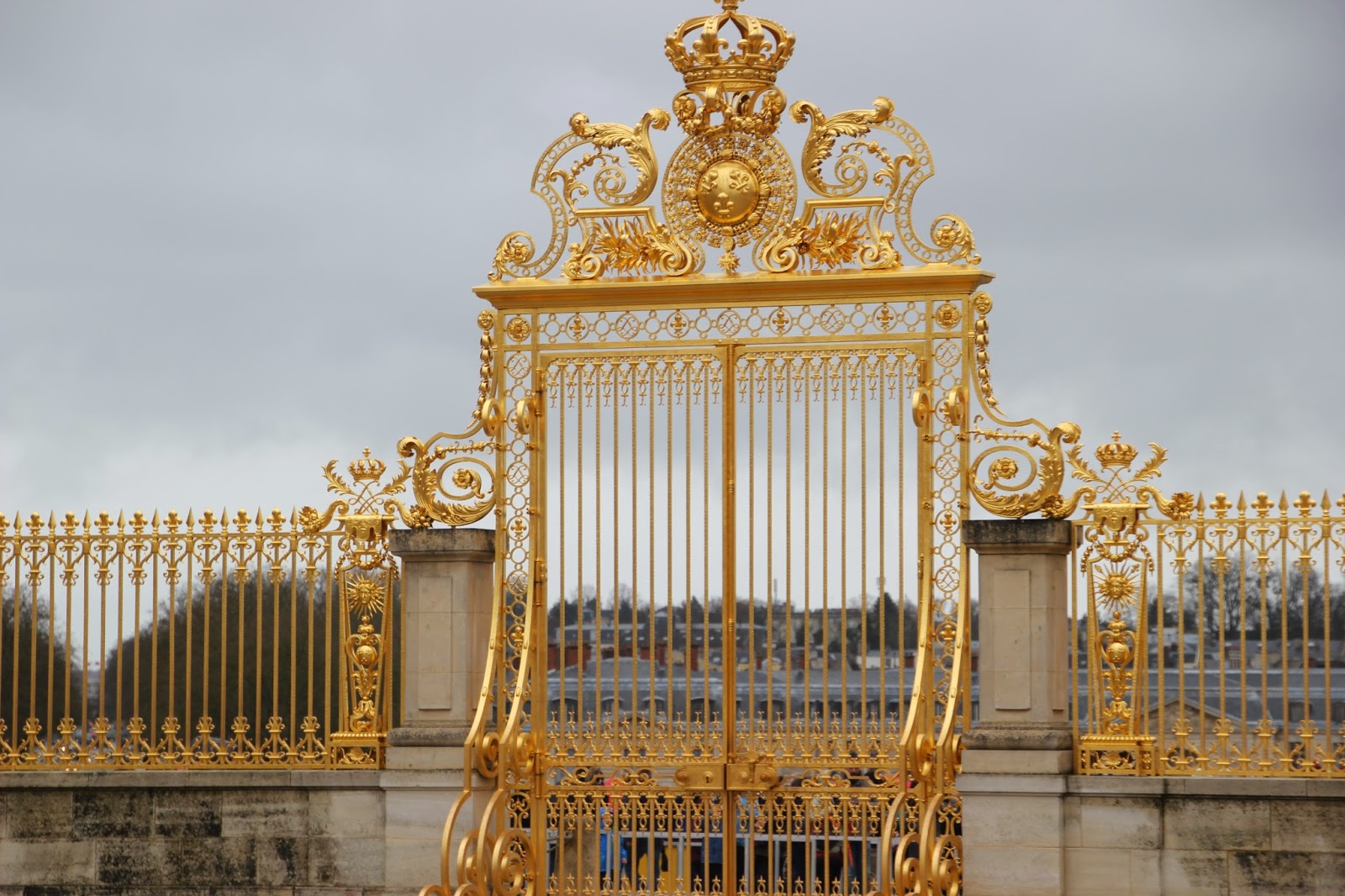 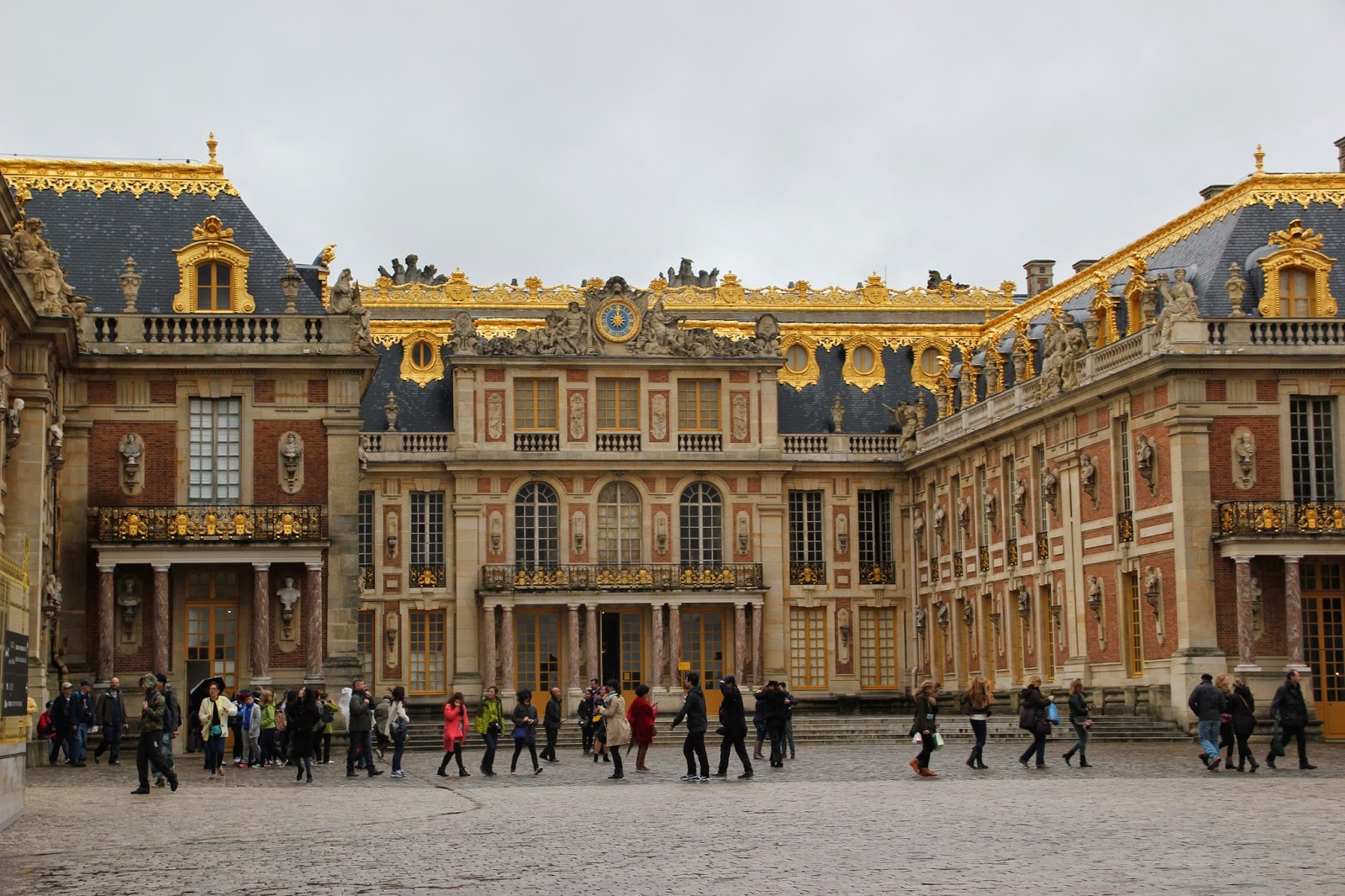 The first thing we saw when we entered the palace, itself, was an interactive display that depicted the changes that the palace went through as it housed the different Kings of France. It was a dizzying experience to watch the growth; the palace is seriously huge.

Interestingly, a huge building does not equate into huge rooms, and, most of the chambers are really relatively small. This made touring them a bit of a challenge because, small rooms + a zillion tourists = crowded conditions. Plus, with the poor weather, the gardens were closed, which, meant that the crowds were less able to spread out over the grounds and were more concentrated in the palace.

That didn't ruin our enjoyment of the palace, exactly, but, the behavior of a certain few tourists (think, waving Selfie Sticks around with no regard for the people around them, pushing, shoving, crowding the lines, etc.), made it a definite challenge to "be in the moment".

We did our best, though. I also did my best to photograph the palace in a way that made it seem like we had the place to ourselves, and, with a few exceptions, I think I succeeded. 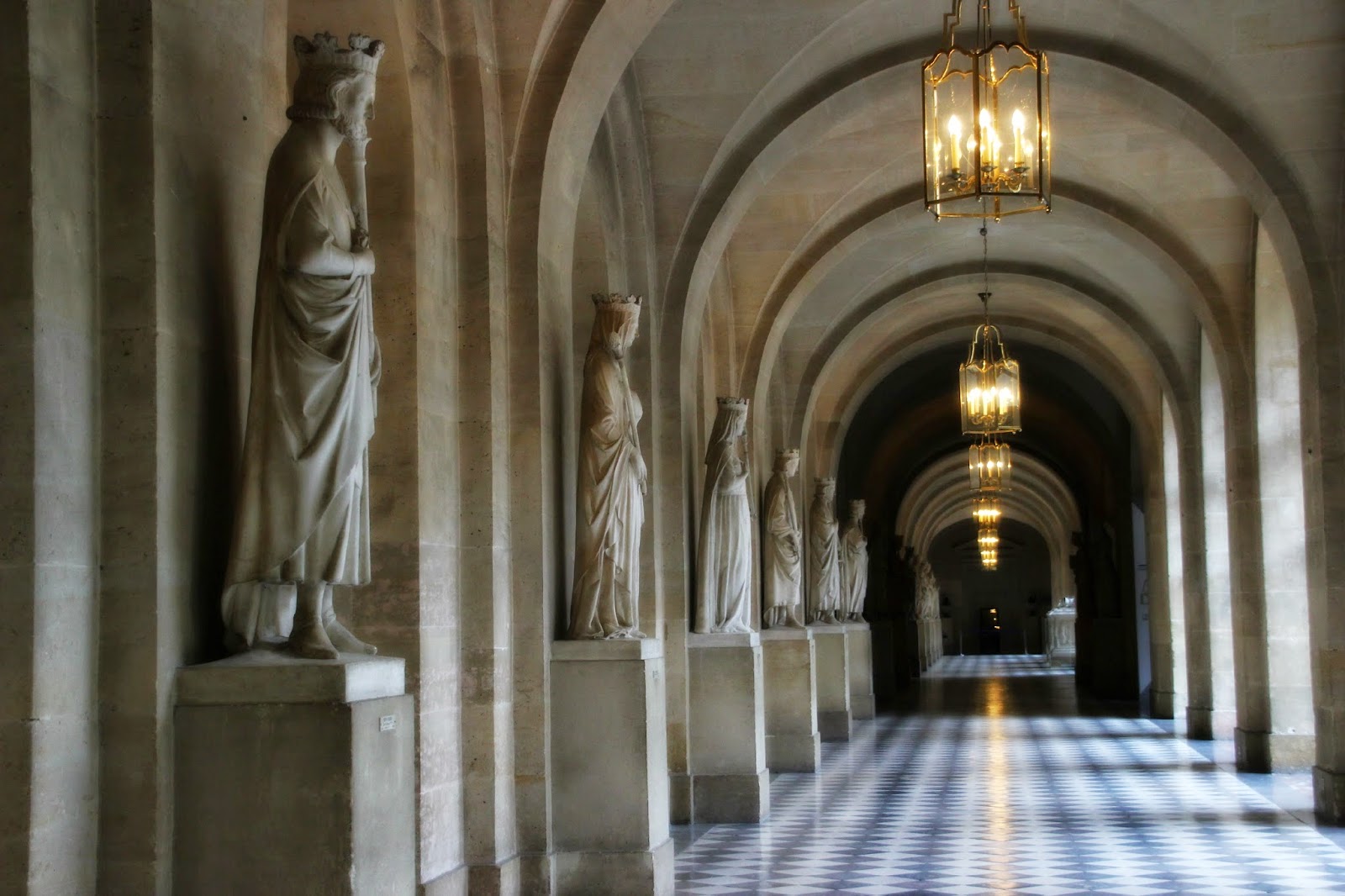 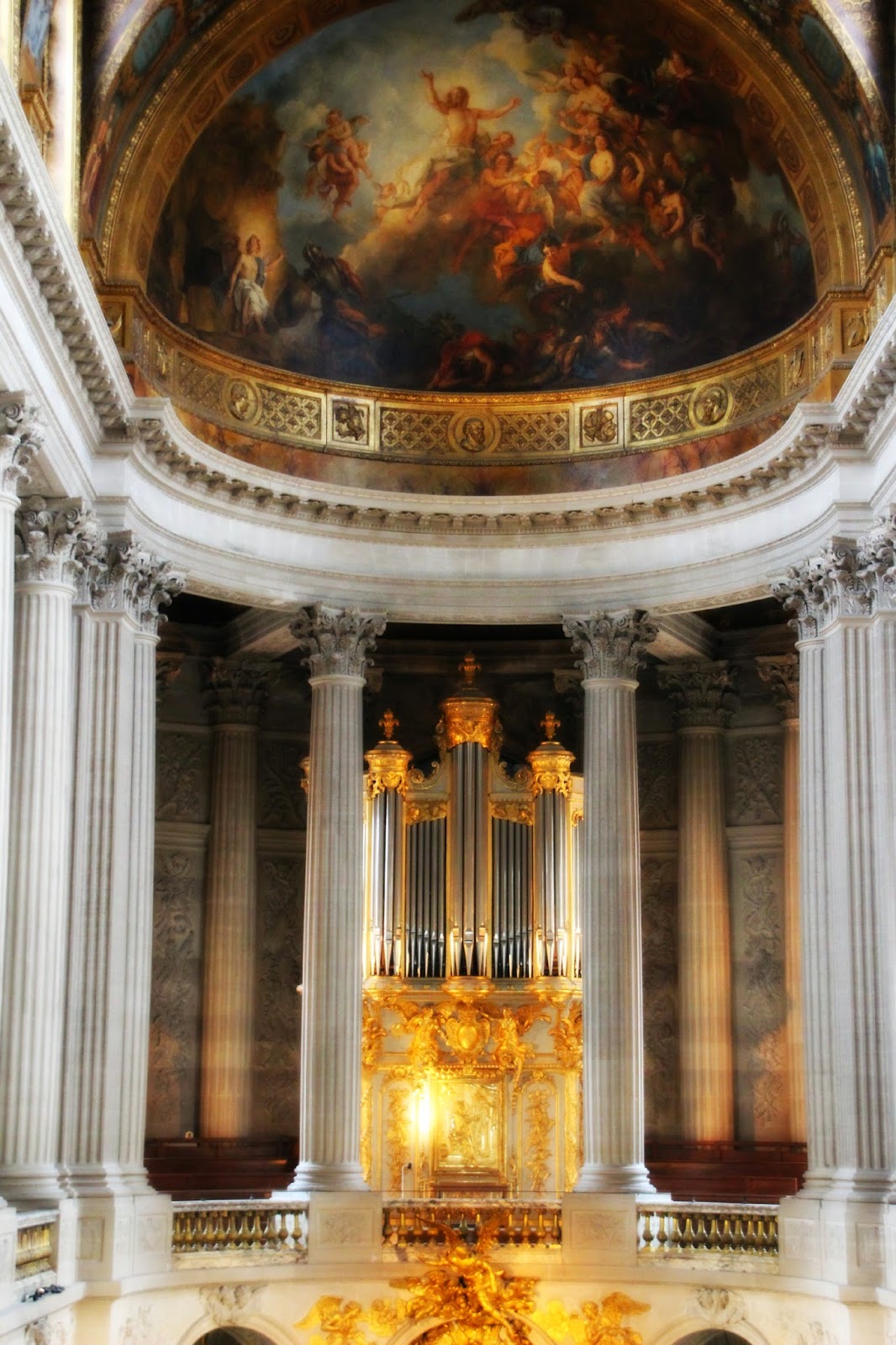 The famed Hall of Mirrors was very hard to photograph without a gaggle of tourists mucking up the pictures (darn tourist, ha!), but, it was so breathtakingly beautiful, you hardly notice all the people while you are ogling all the gold, crystal, and gilding. Ok, you notice them, but, Versailles! It's all good. 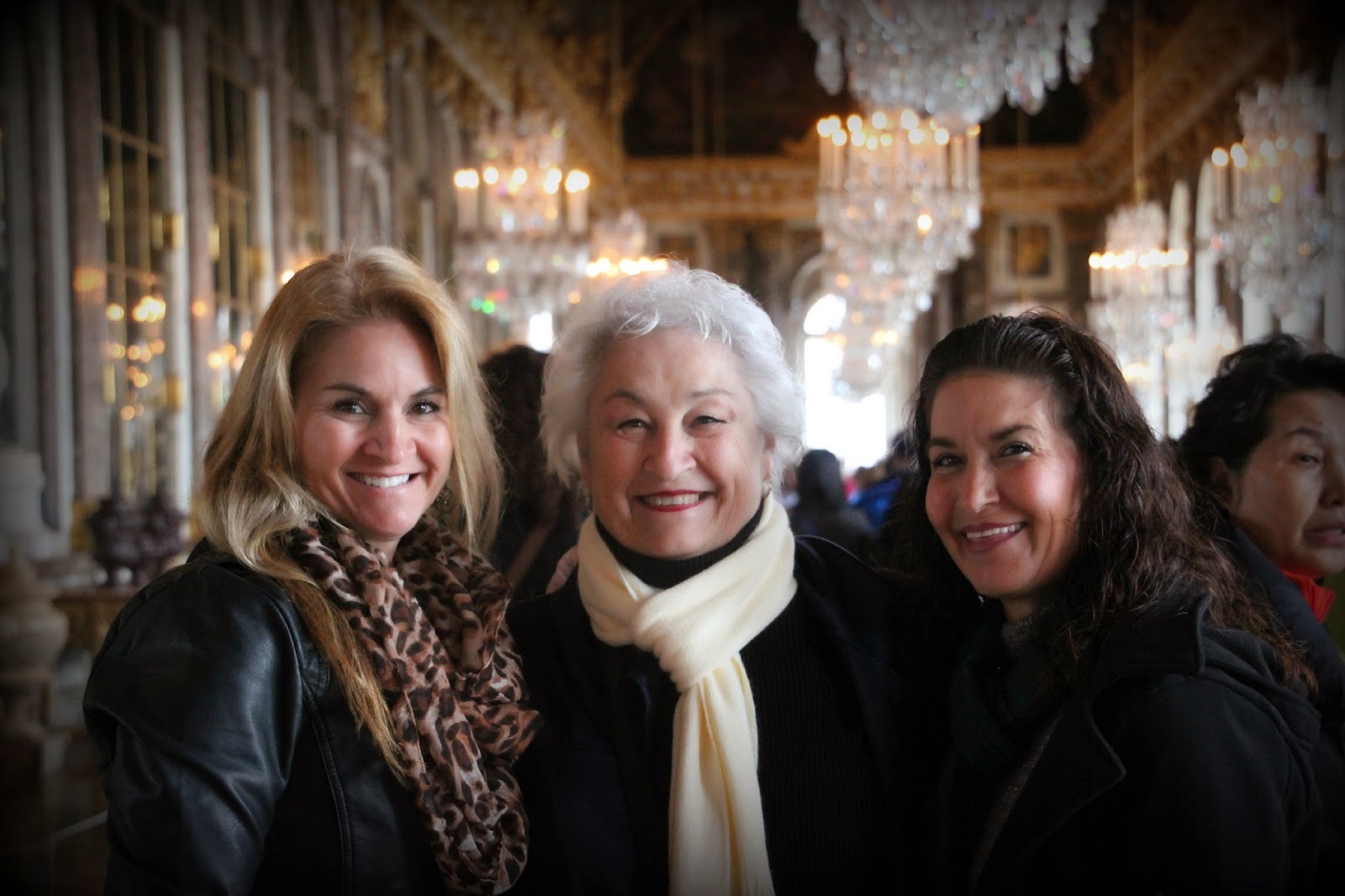 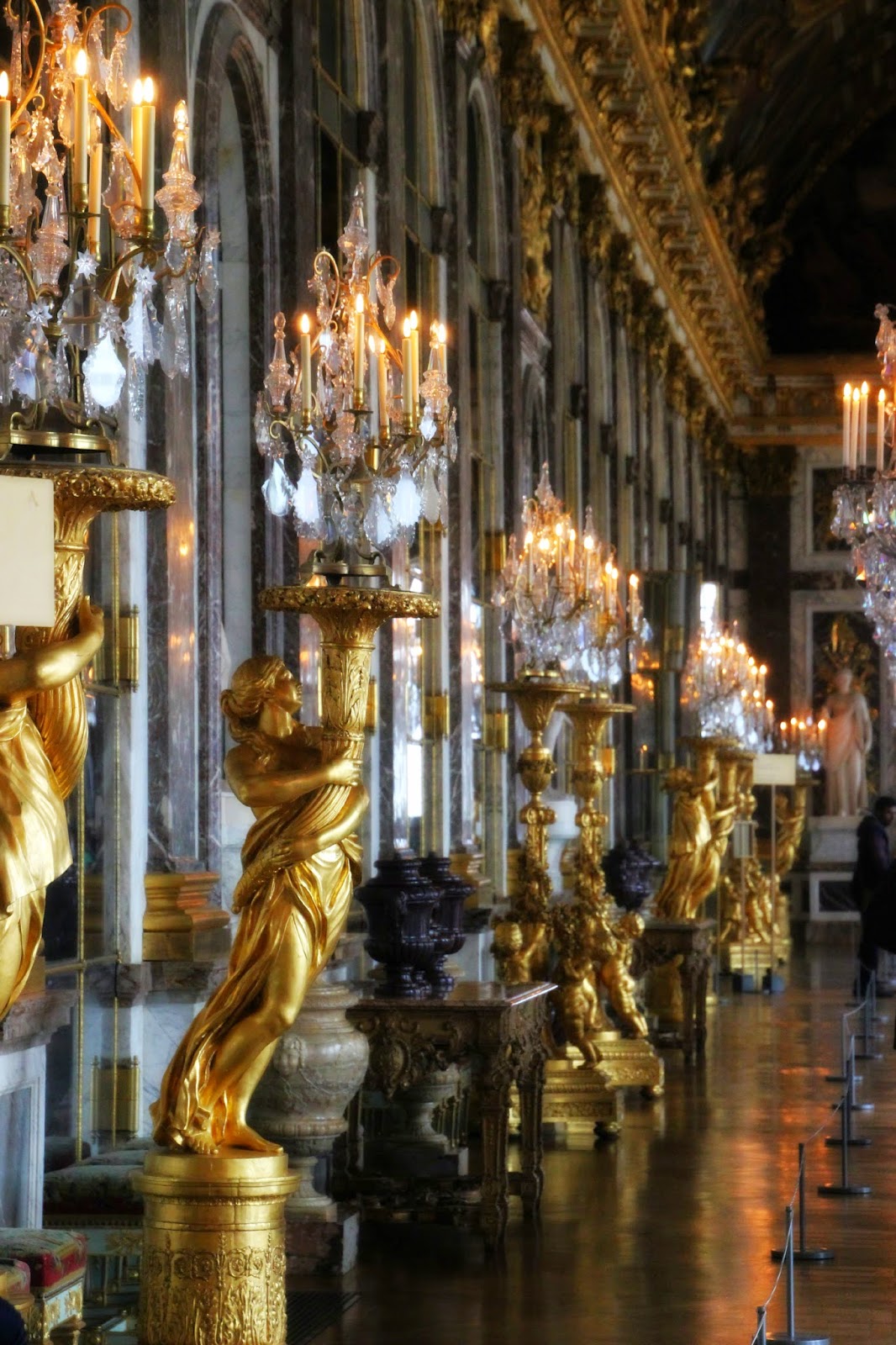 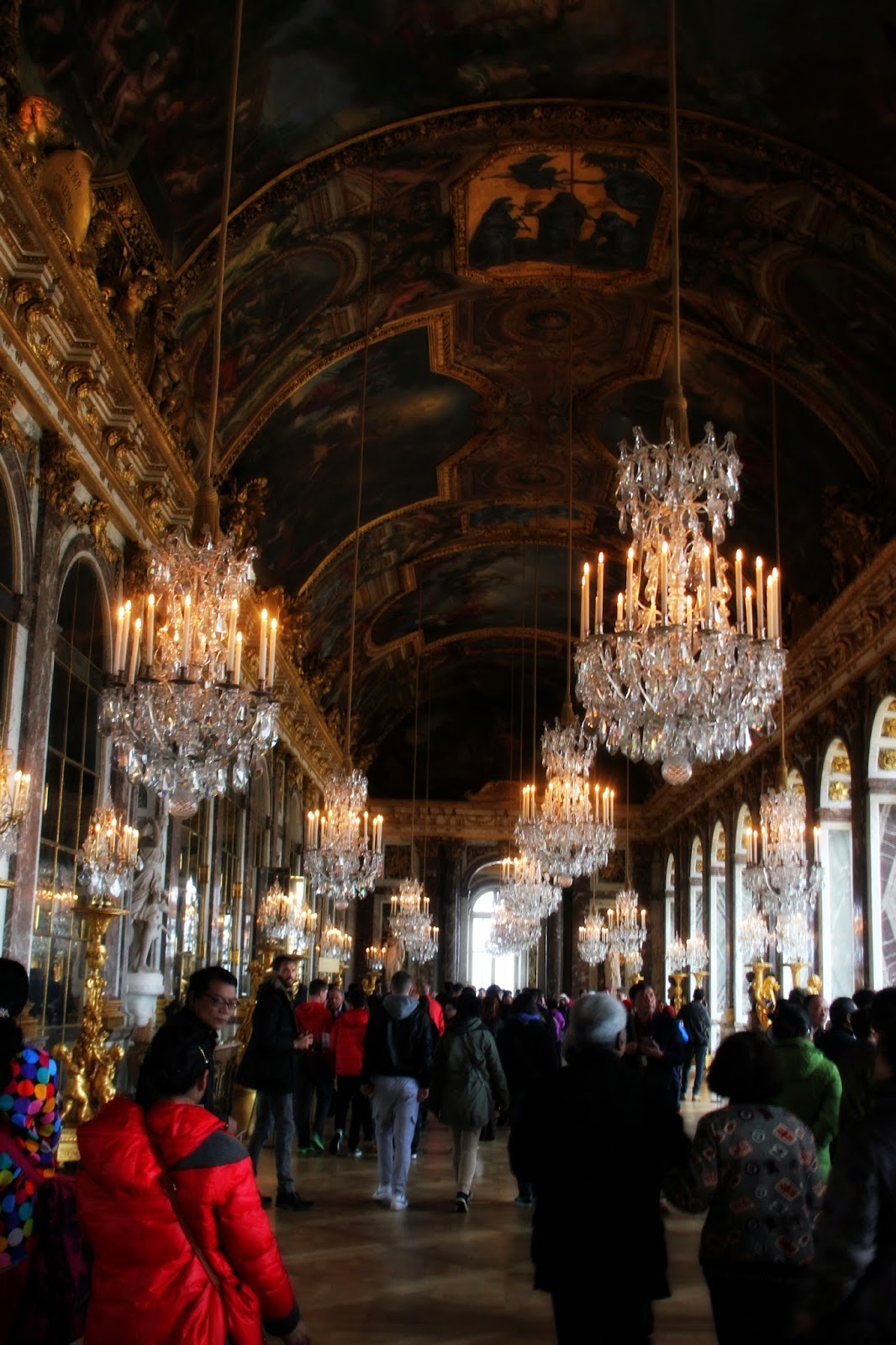 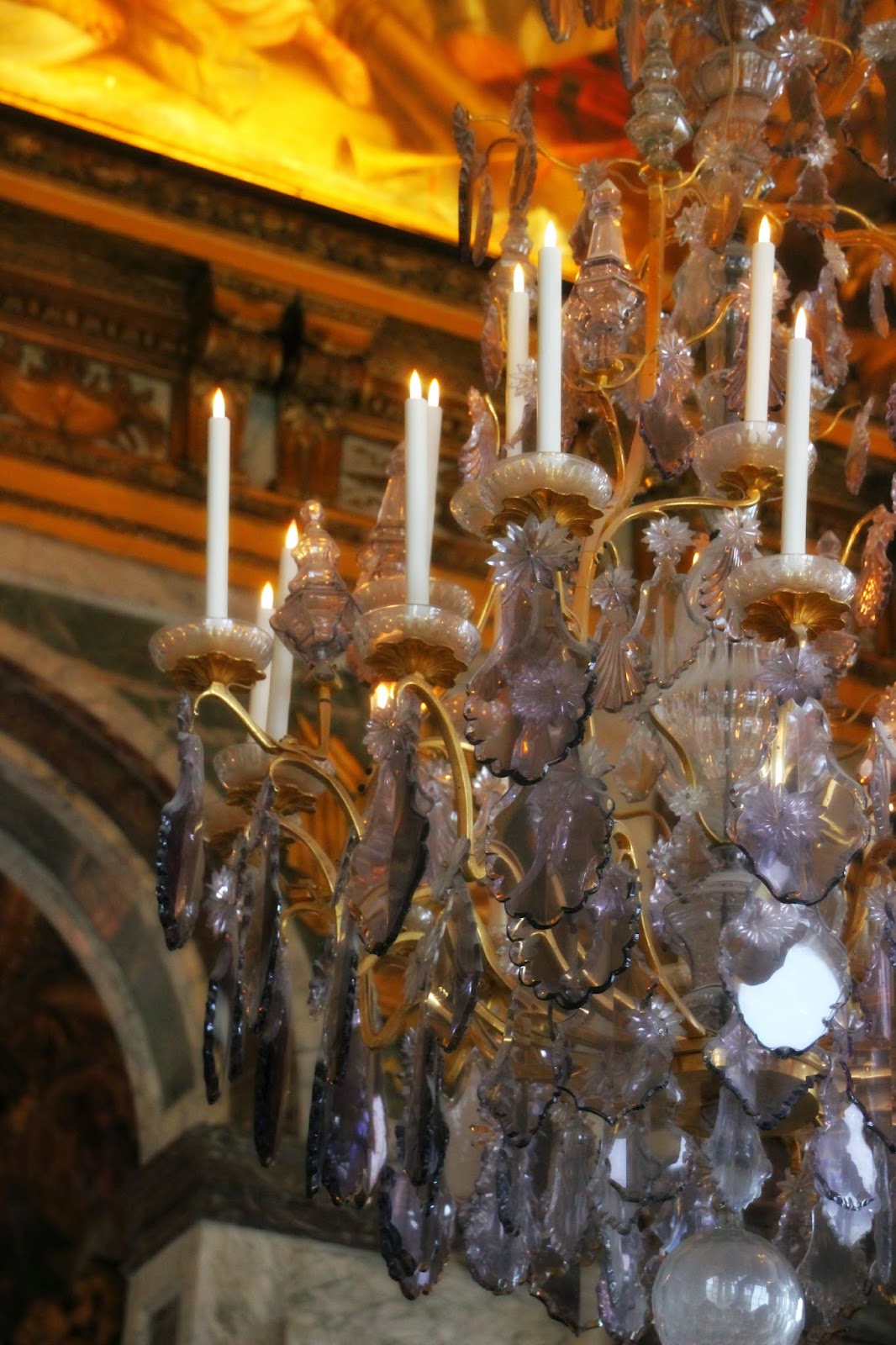 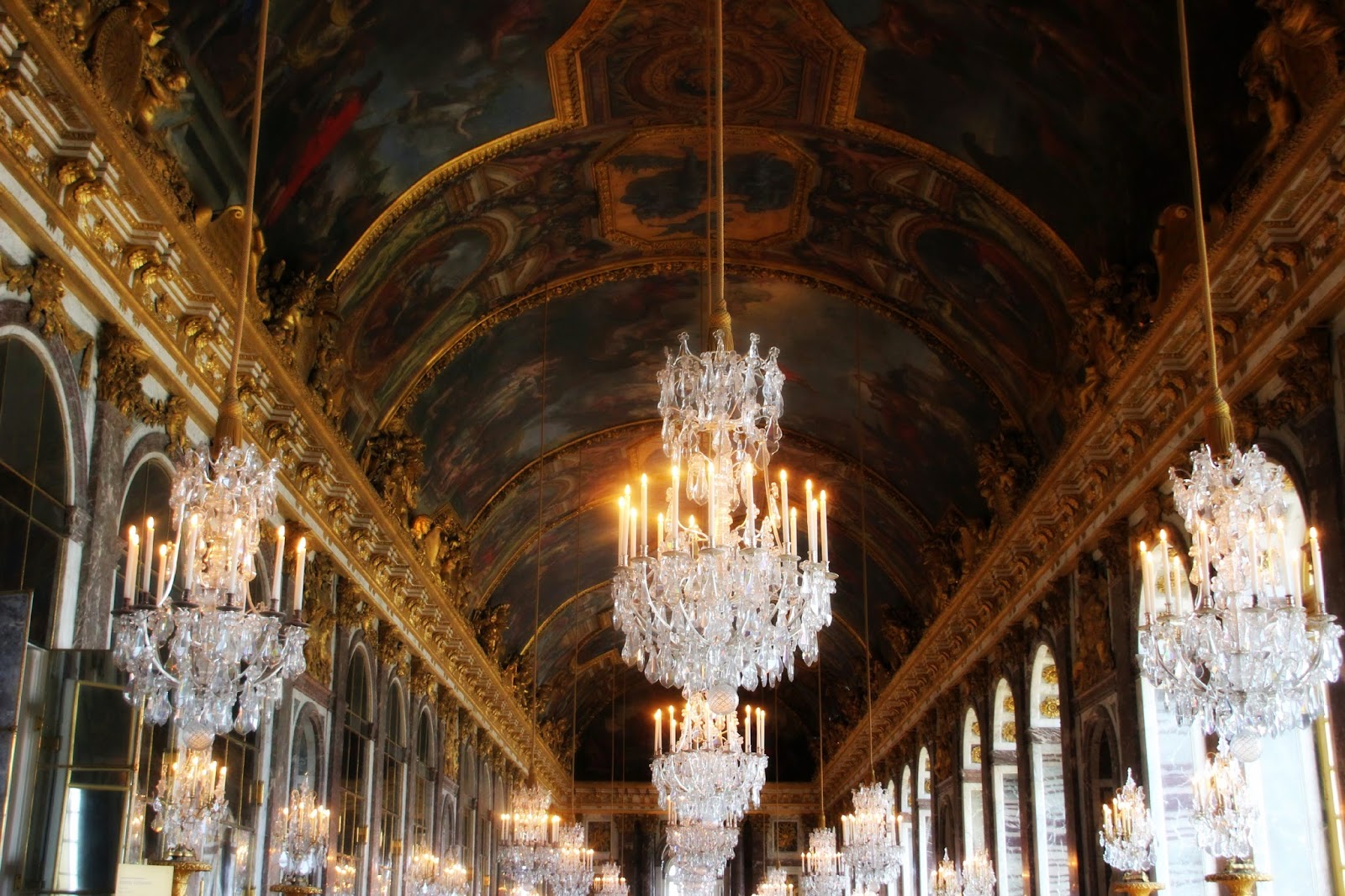 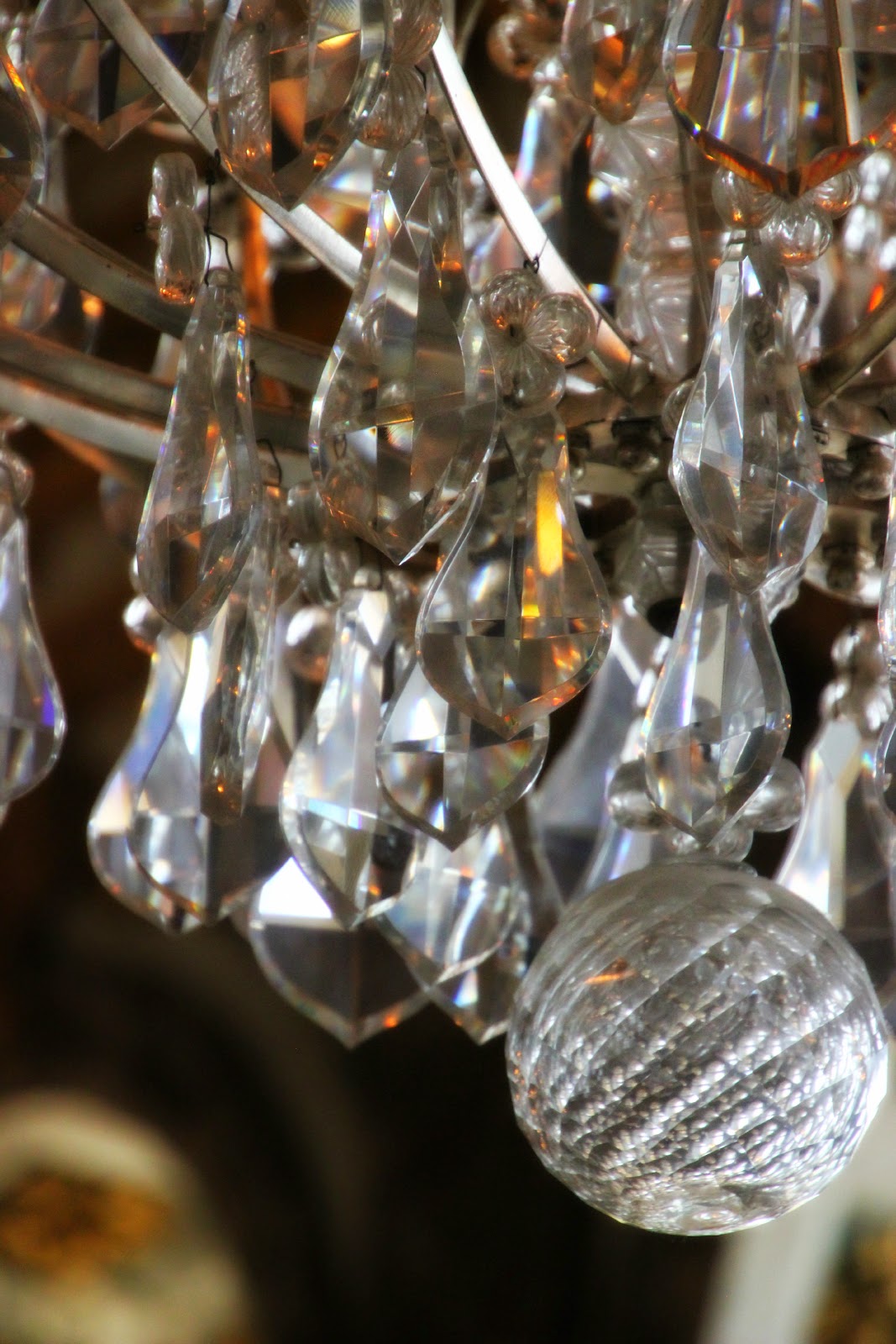 Although the royal bedchambers were smaller than I had expected, they were certainly sumptuous in their décor. 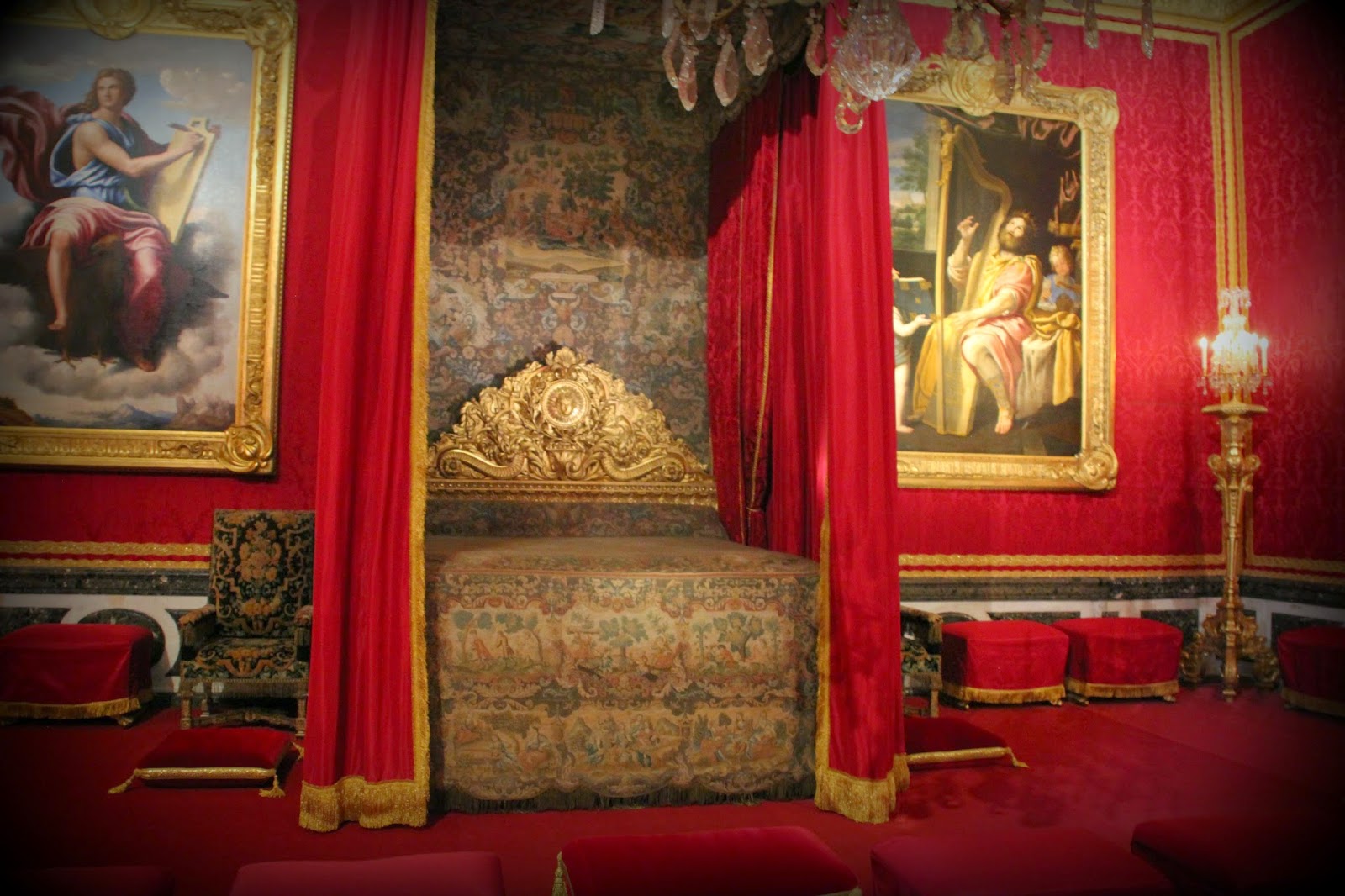 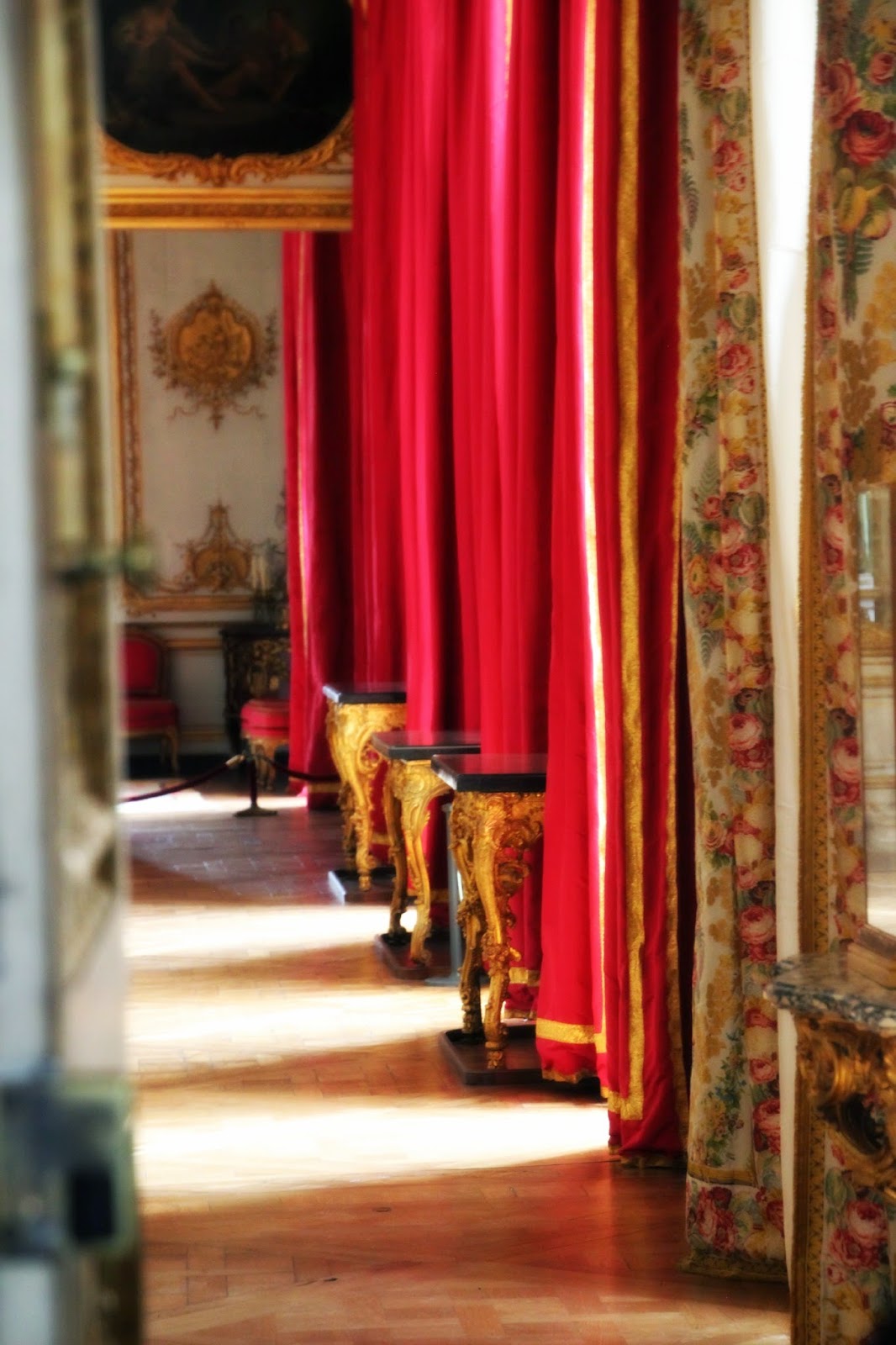 The bedchamber of Marie Antoinette was especially luxurious, and, it's not hard to see why the French peasants, who were starving in the streets, wanted her head on a platter. 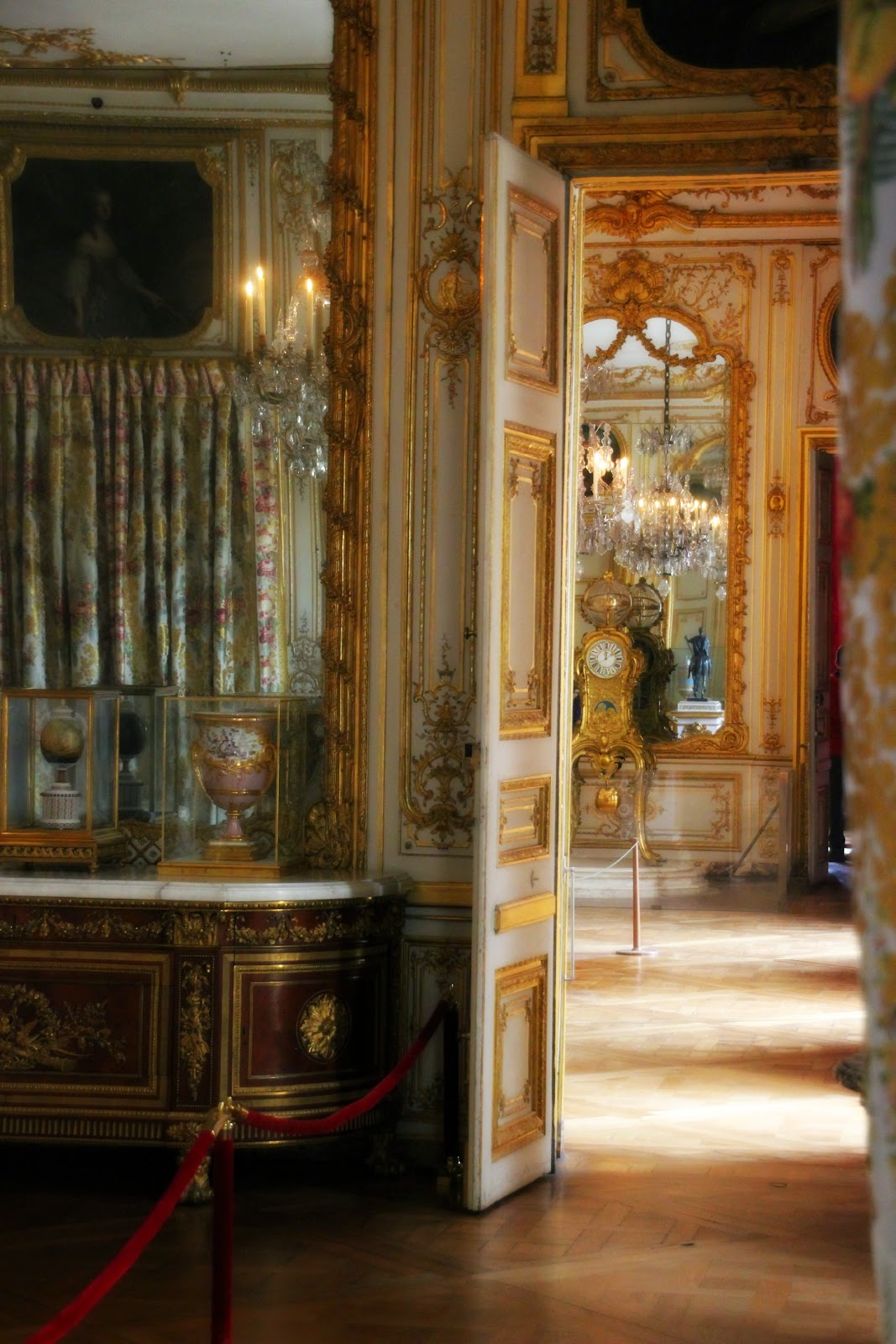 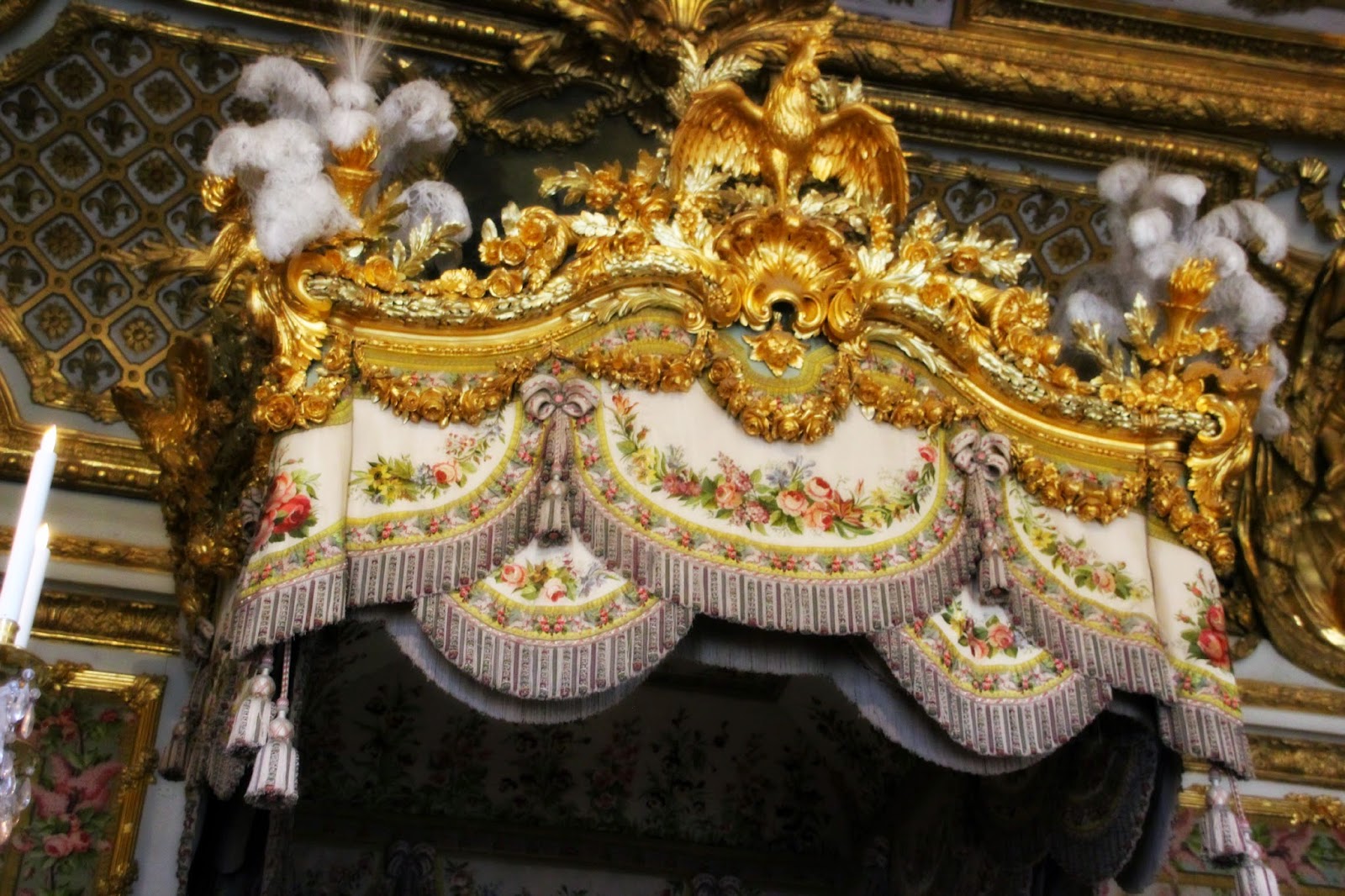 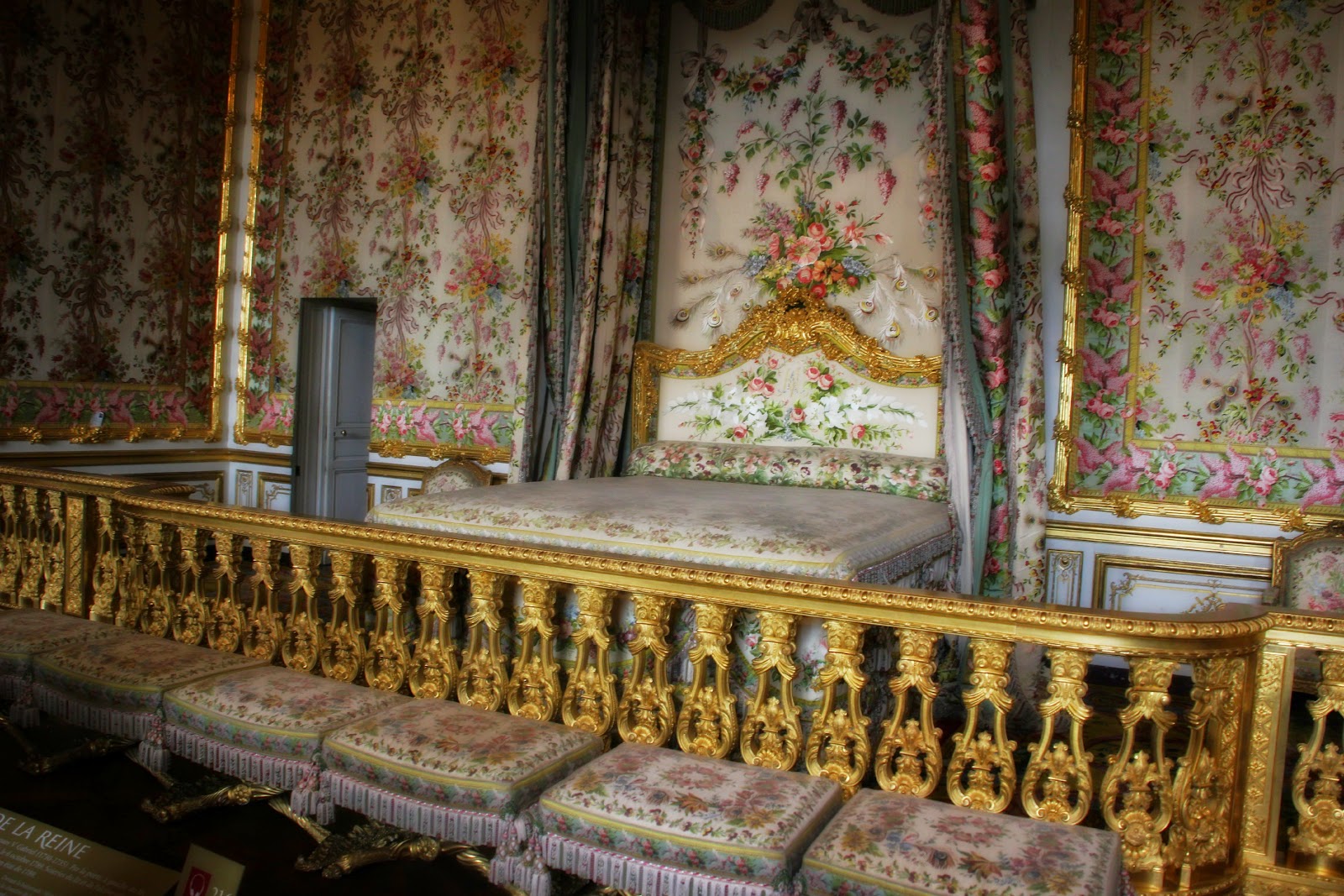 The door, on the far left of the photo above, blended seamlessly into the wall when closed, and, when open, provided Marie Antoinette with a secret escape route, which, she utilized to flee to Paris when the French people stormed the palace on October 6, 1789.

This has been your history trivia tidbit for the day. You're welcome.

Upon leaving the Chateau, we ventured into the city of Versailles, where we found a quaint local restaurant in which to warm up with cappuccinos and, for some of us, to sample the French delicacy known as escargot, but, that is a story for another day.

So, it was a great day. The only real disappointment was, of course, the fact that we couldn't tour the gardens, about which we had heard such great things. Due to the weather, we also elected not to pay the additional admission charge for Marie Antoinette's country residence, which added to our unhappiness, But, it was still an exceptional way to spend a day in France, and, we had to leave something to come back for, I mean, right?