A couple of days prior to our trip, Mom called to inquire as to whether or not I was up for an evening at The Moulin Rouge. My understanding of the burlesque show was based solely on the cheesy Nicole Kidman flick and a smattering of reviews that I had read in online tourist forums about Paris, so, I was somewhat less than enthusiastic about the opportunity.

But, you know, when in Rome.

Or, in Paris. Either way.

So, on Thursday evening, after our first full day of activities in Paris, we got gussied up and prepared to enjoy the show.

On our way out of the hotel, Barbie had a minor tumble on the circular stairwell, resulting in her landing, sprawled out, on the floor in front of the elevator, and, I would be lying if I said that I immediately sprung into action to help her up. I wanted to help her, I really did. But, I was too busy trying not to let the contents of my bladder run down my leg; laughter has a tendency to weaken my control.

So, yes, I just admitted that I was heartlessly laughing at my poor sister for tumbling down a staircase. In my defense, she did it in a most comical way, and, she was laughing, too. You know, as she writhed in pain on the floor.

It was an inauspicious start to our evening. 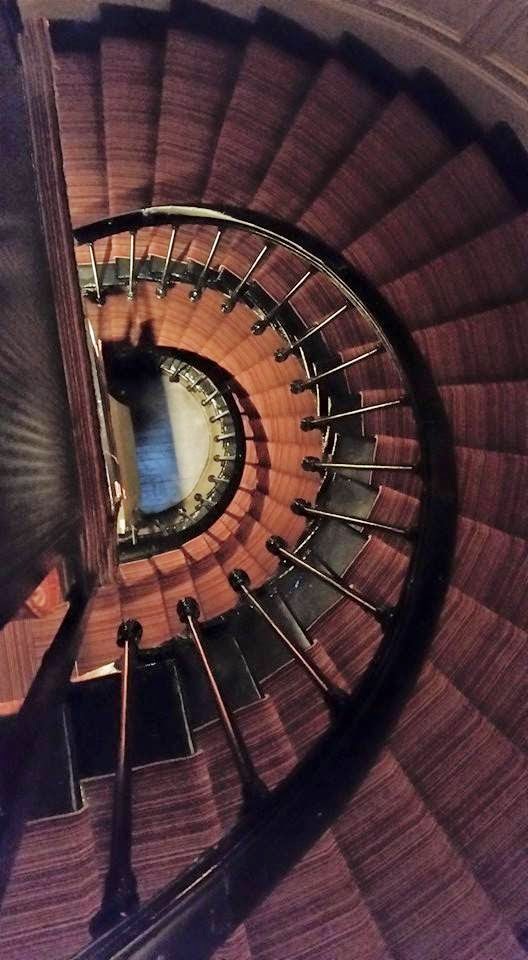 It should be noted that Barbie never used the stairs again. Also, she totally blamed the accident on ghosts. That's right, ghosts.
The Moulin Rouge is known for its' iconic windmill and the effect is similar to a Las Vegas casino in that the building looks super tacky in the daylight but magical and inviting after the sun goes down; the effect of the windmill and the lighting is just that impressive; my dad would have loved it. 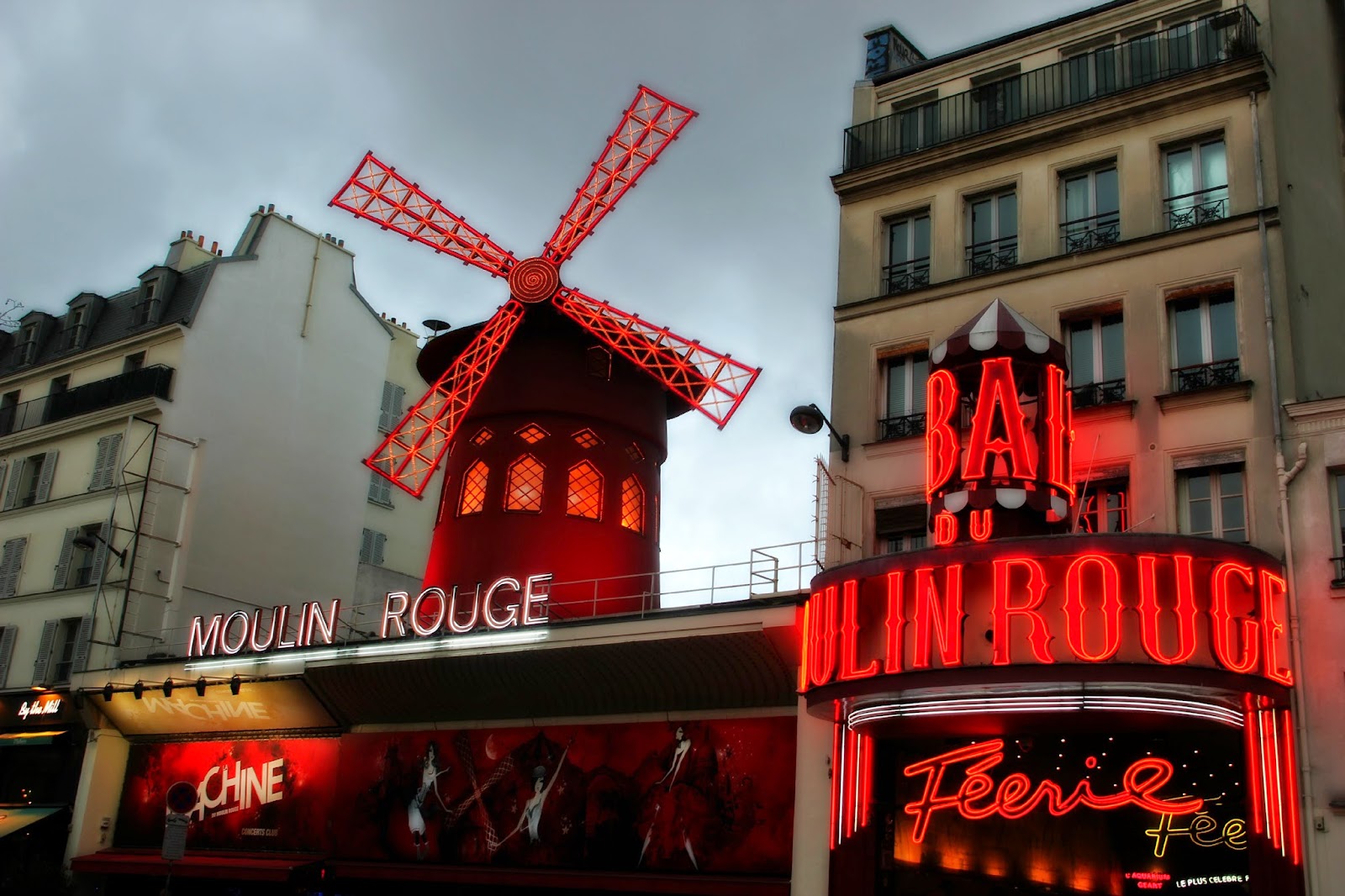 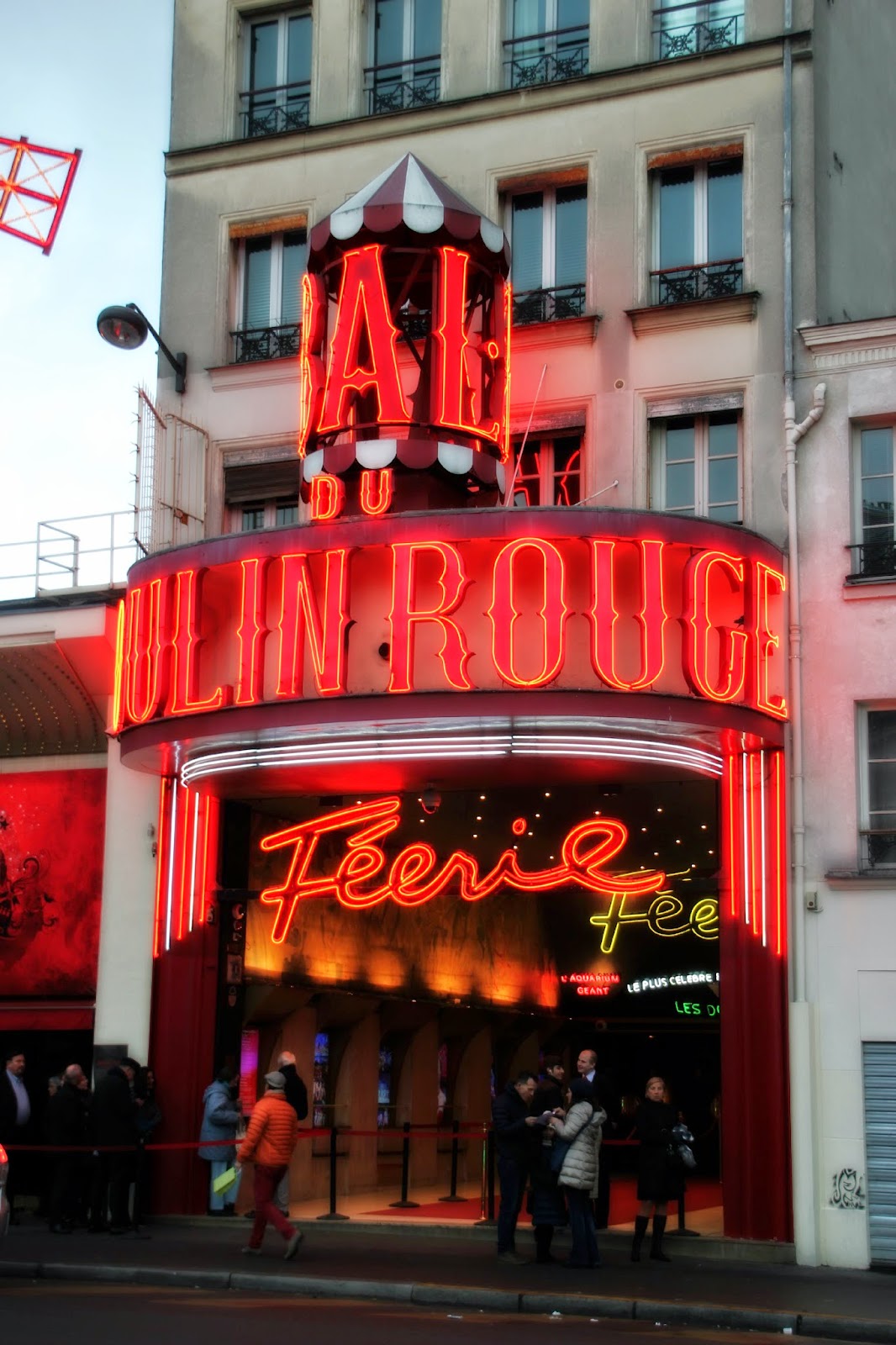 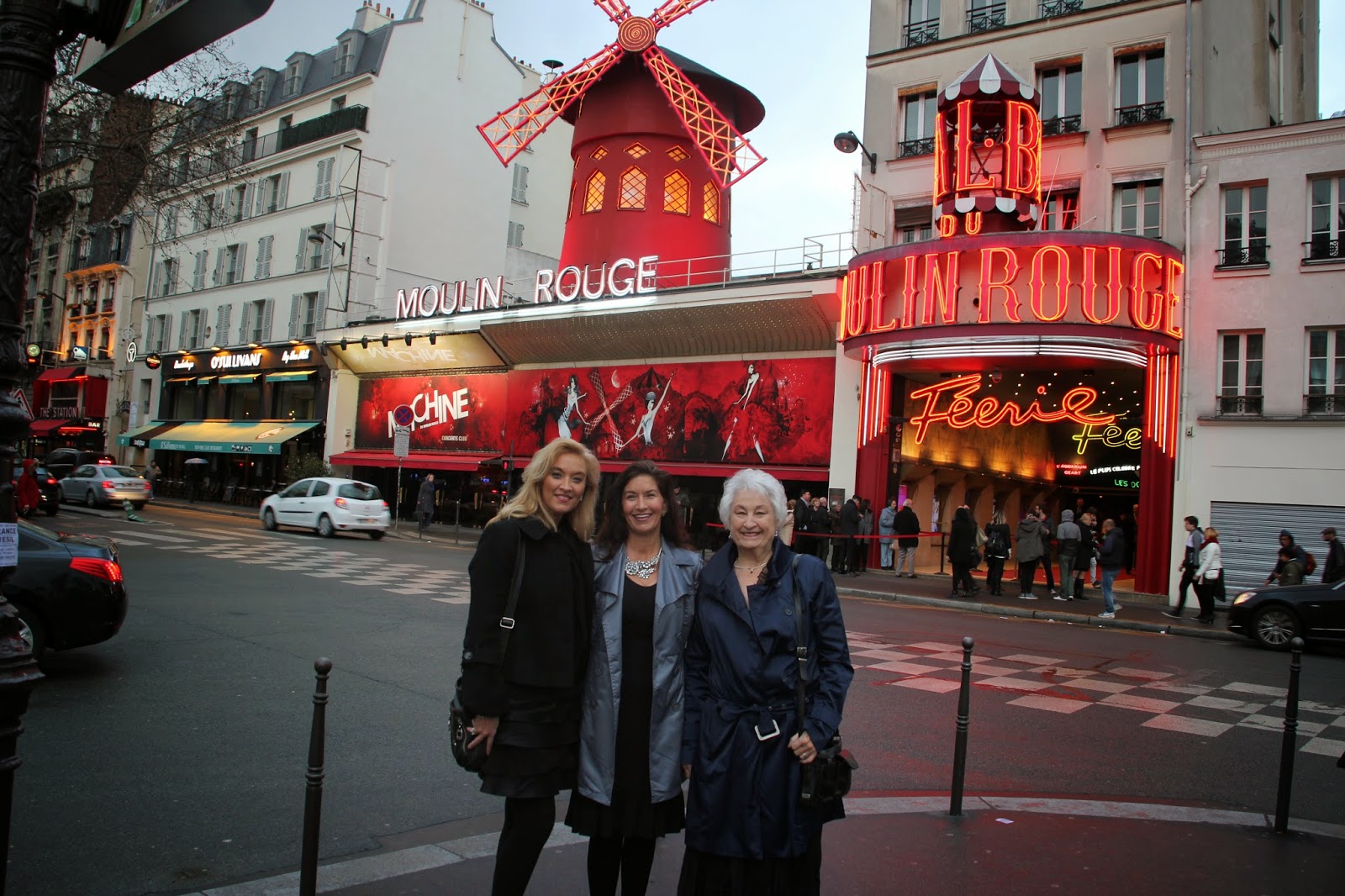 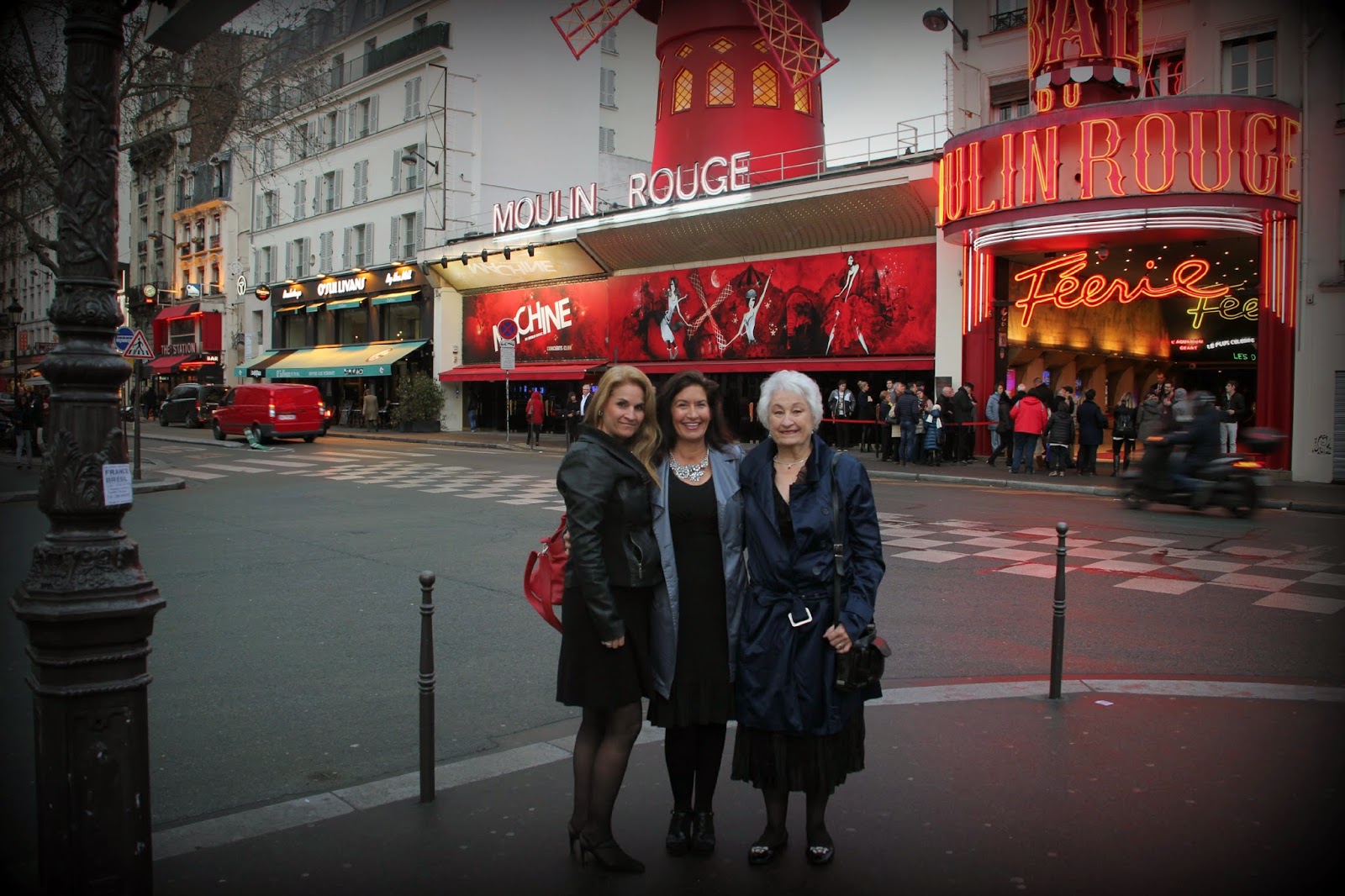 Our tickets included dinner and the show, as well as several bottles of wine. We each had a different menu item and none of us was disappointed, but, it is safe to say that we were blown away by the desserts. I had a raspberry mousse with white chocolate layer that was absolutely to die for; I seriously savored every bite. 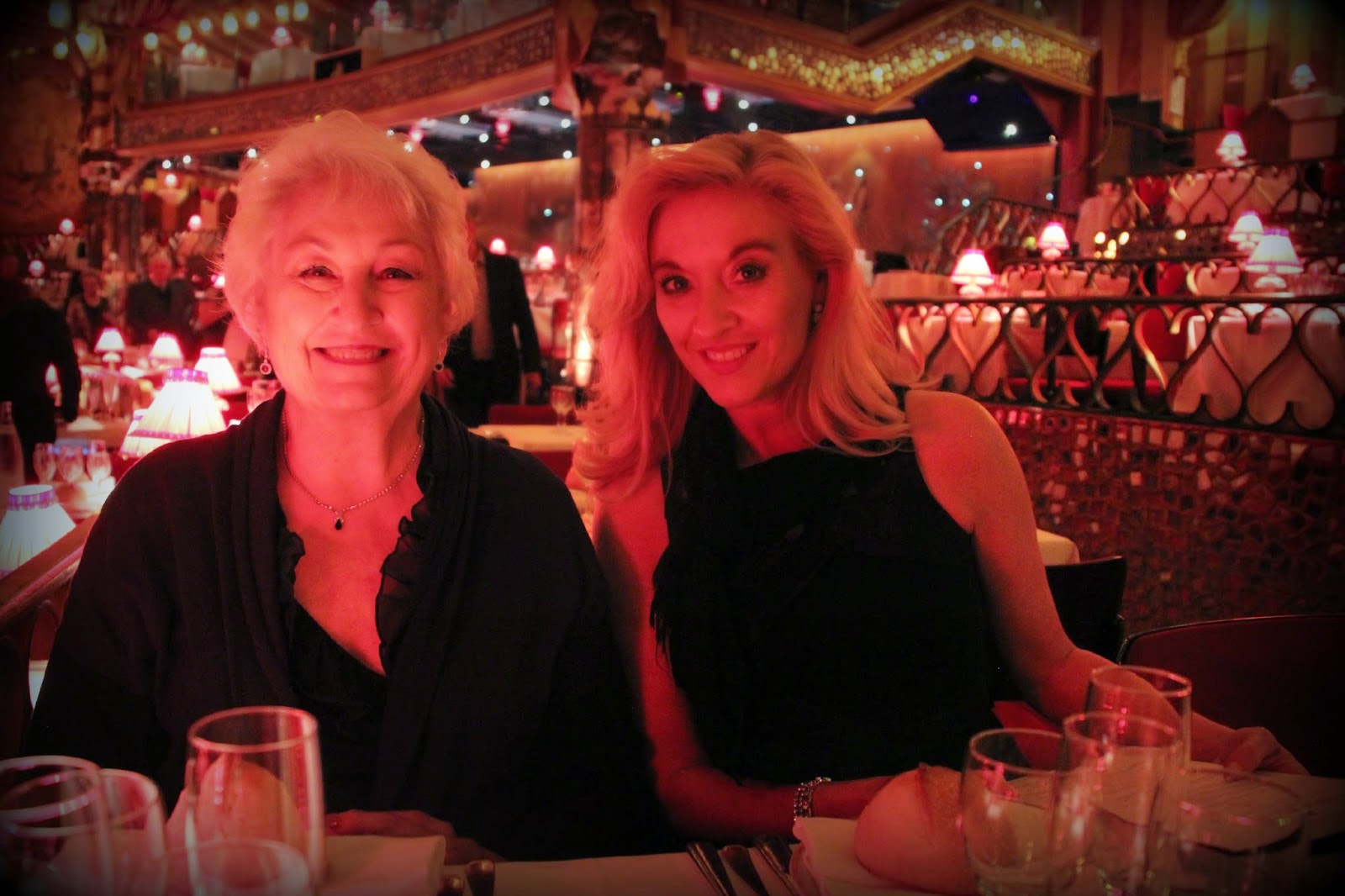 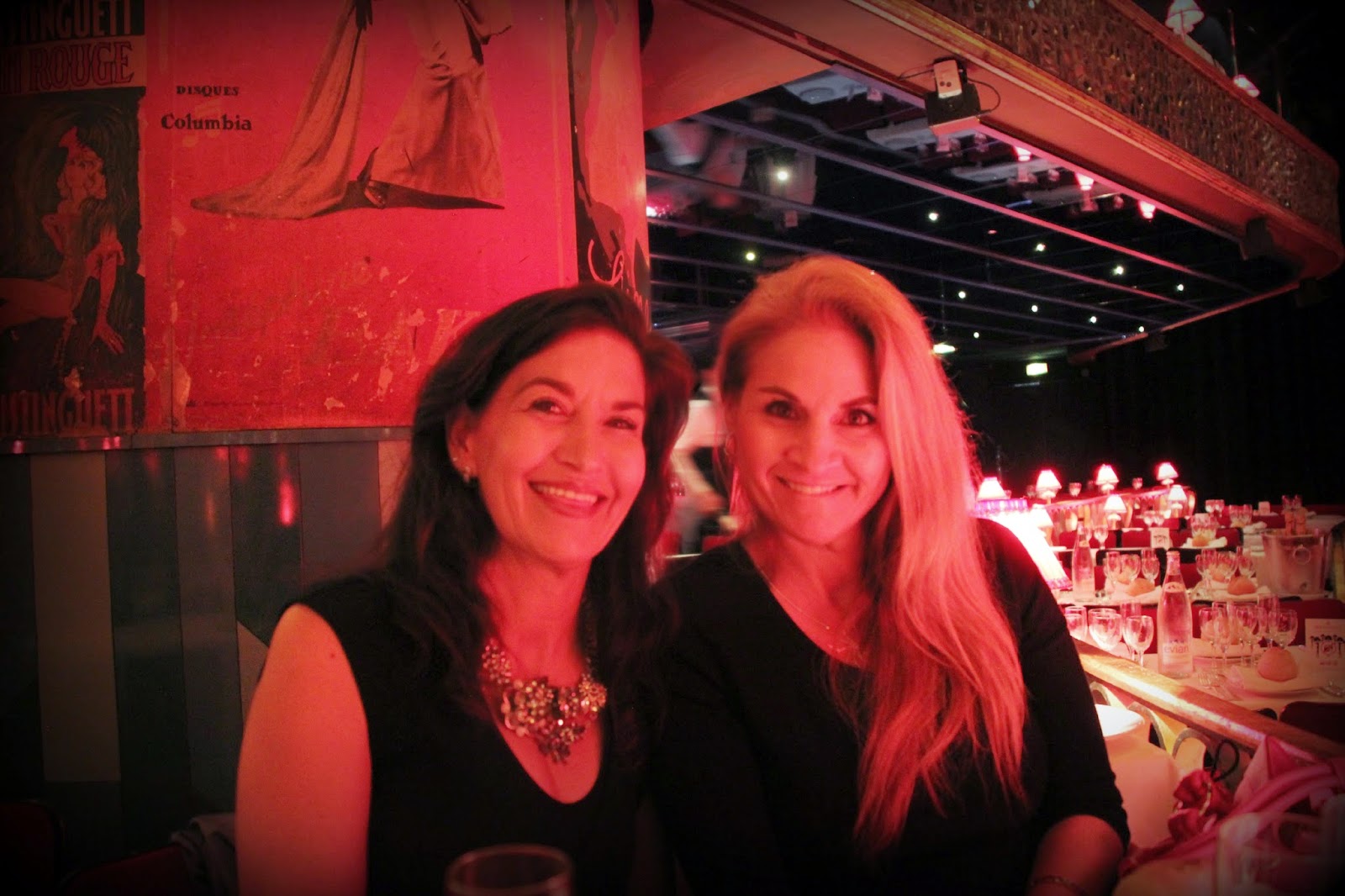 The inside of the theater is over-the-top lovely, in a borderline gaudy way. Which, is exactly what one would hope to find in a burlesque theater, I think. 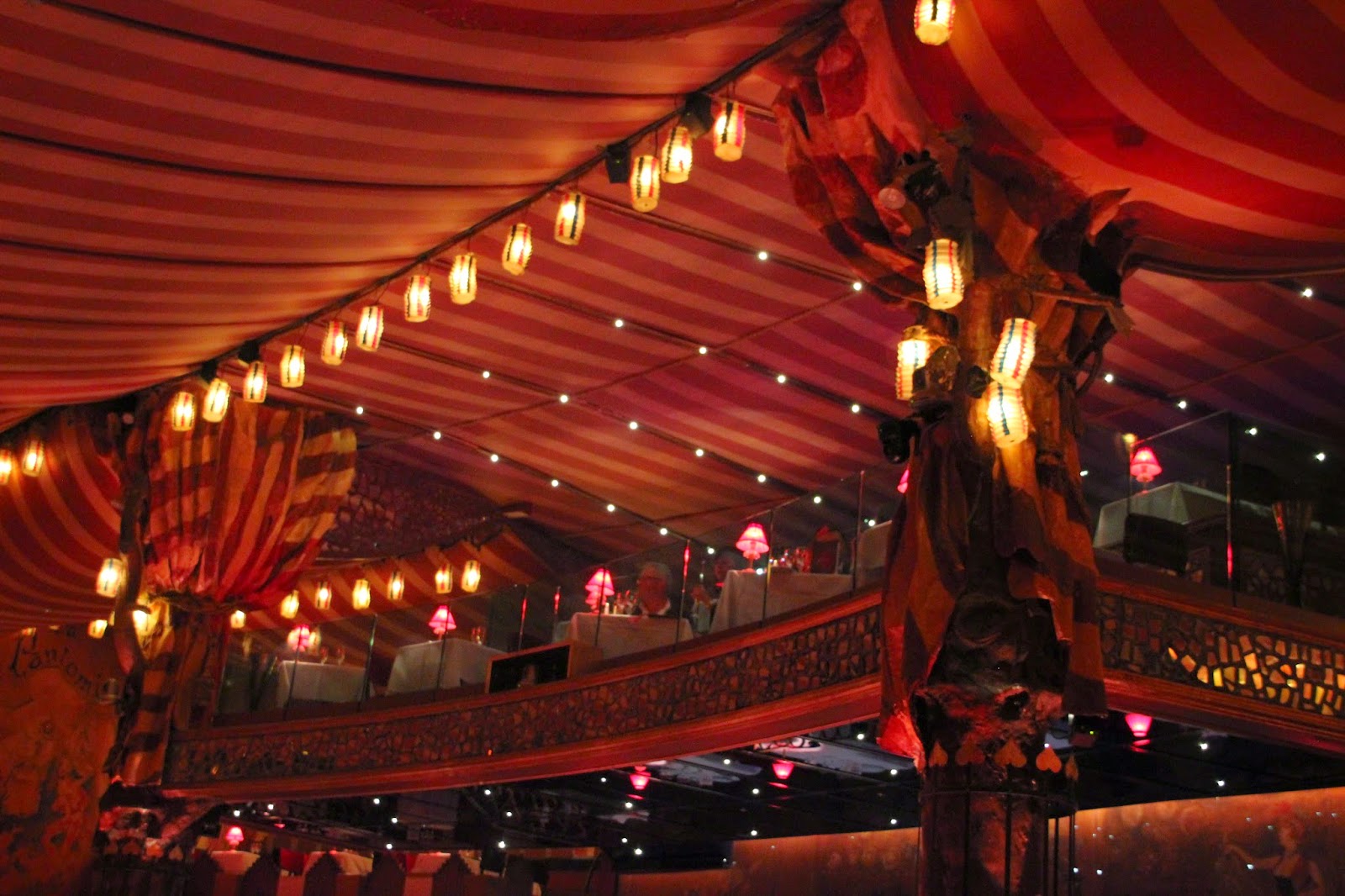 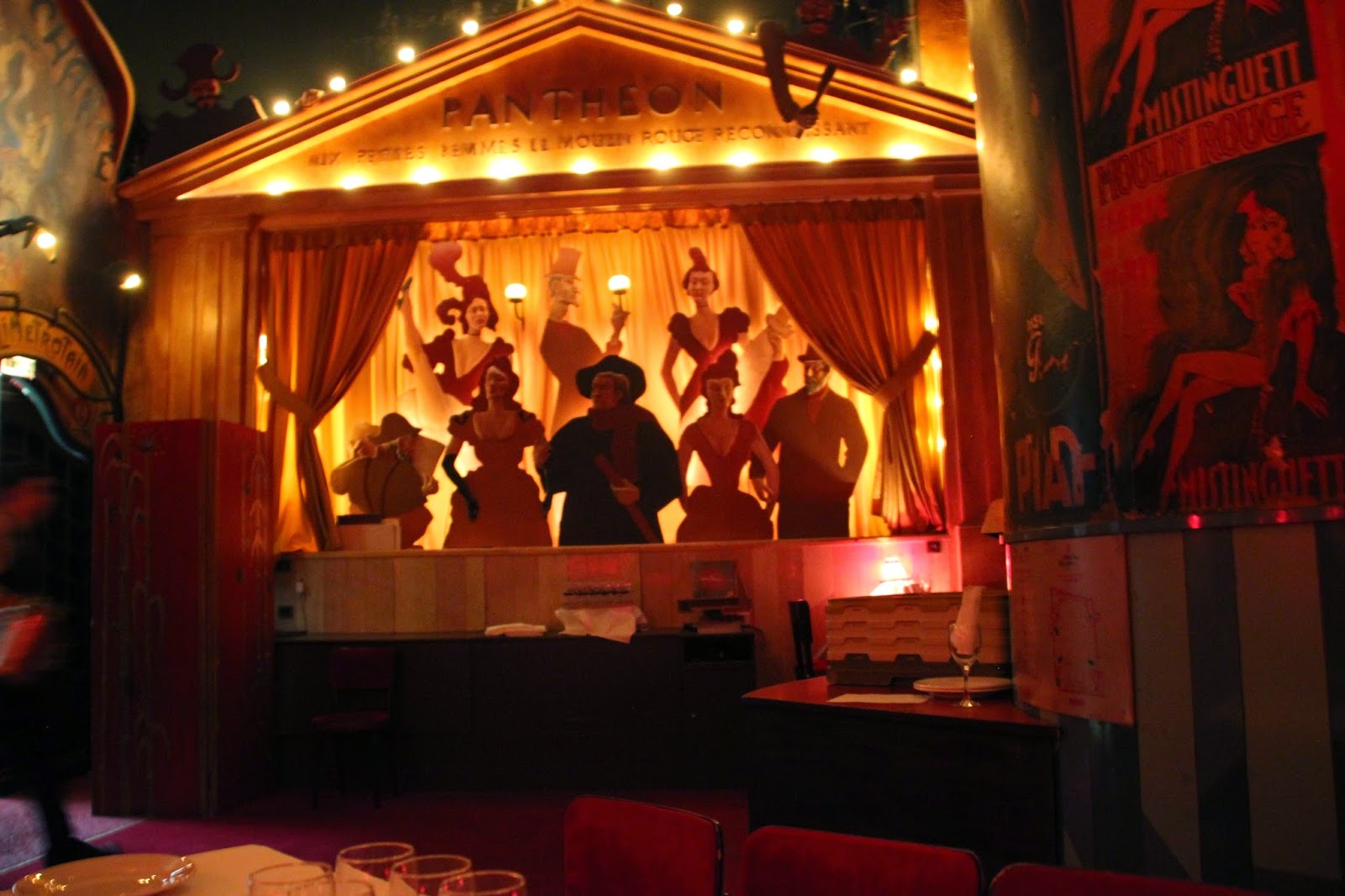 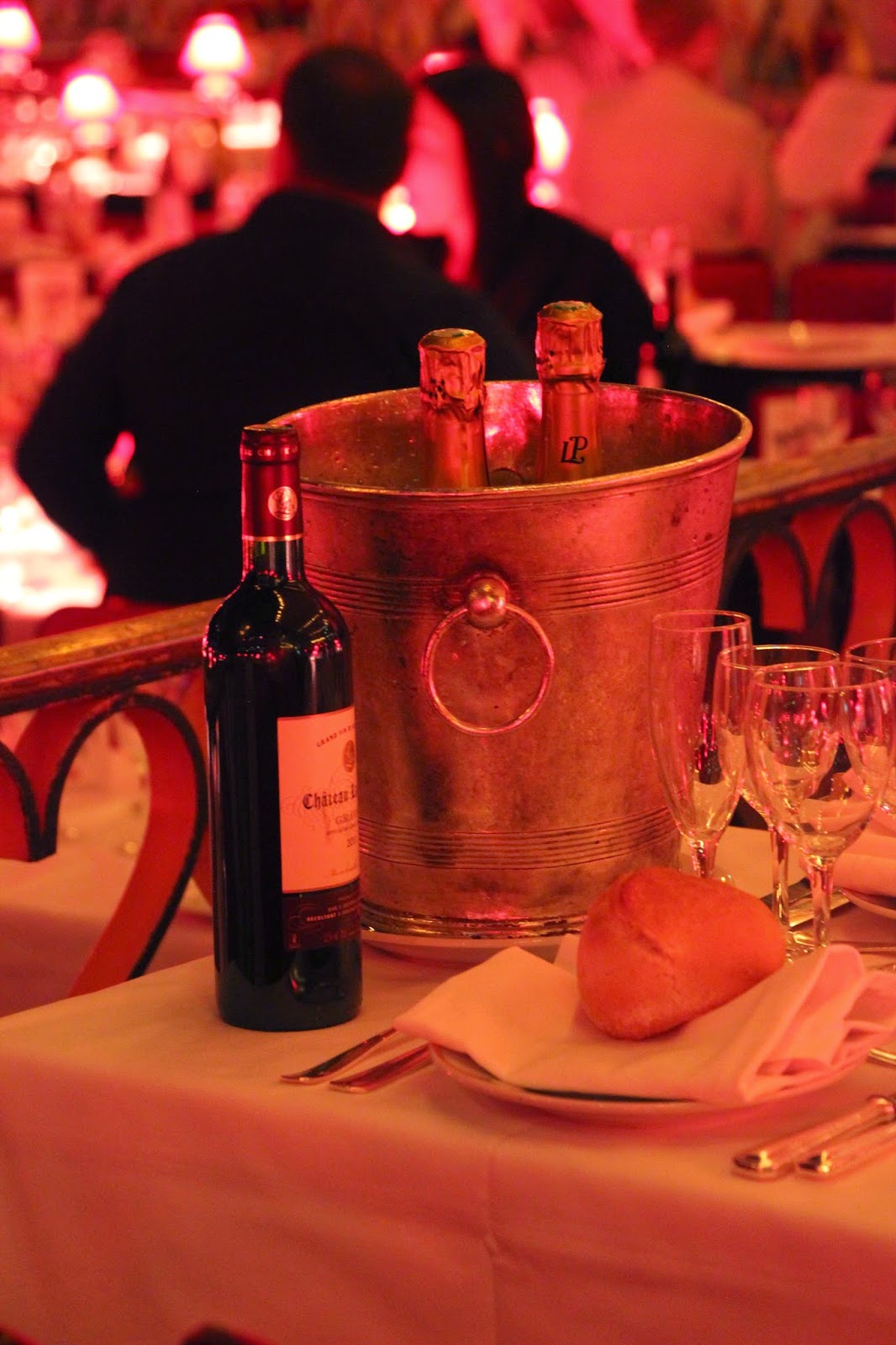 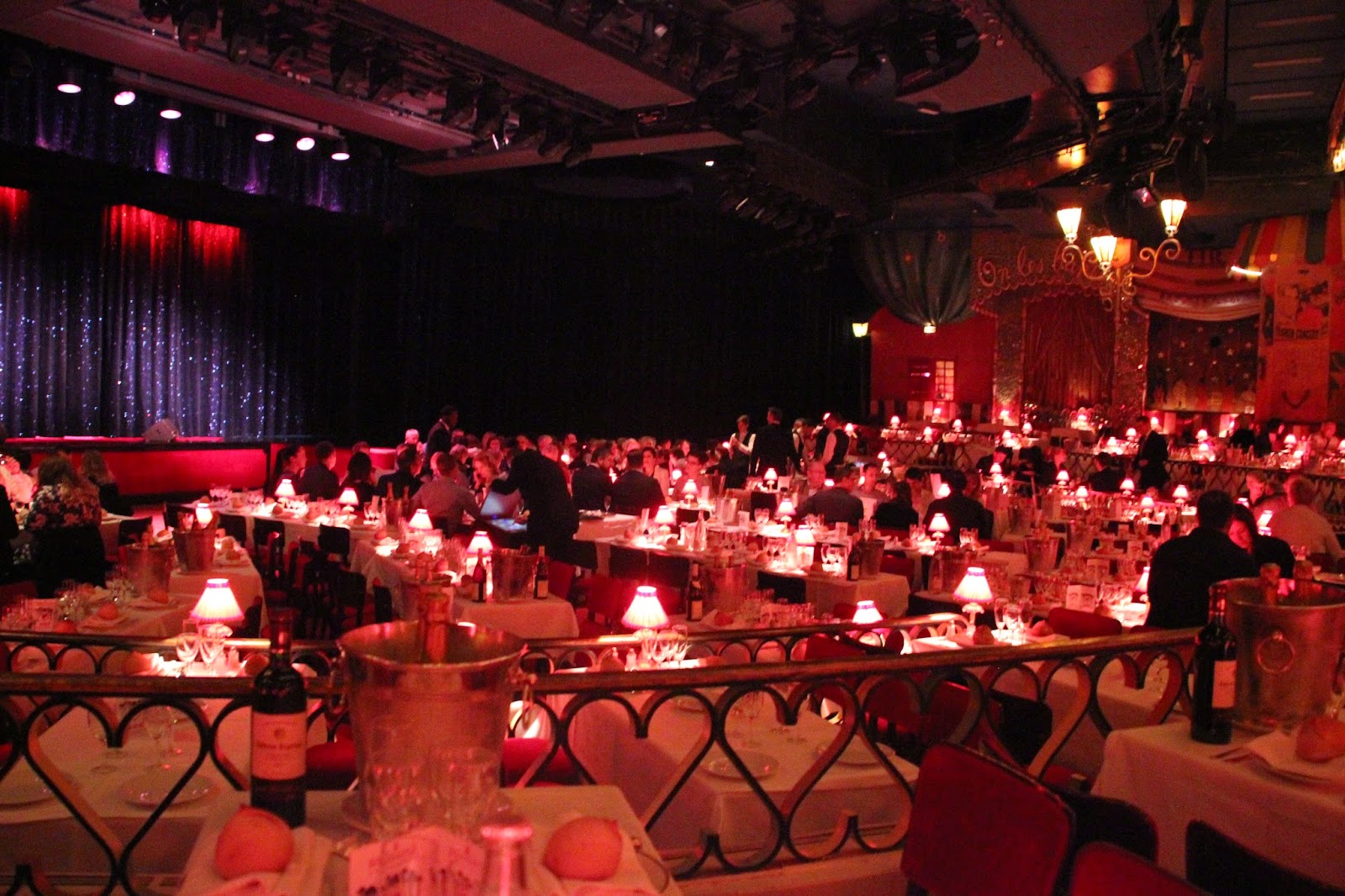 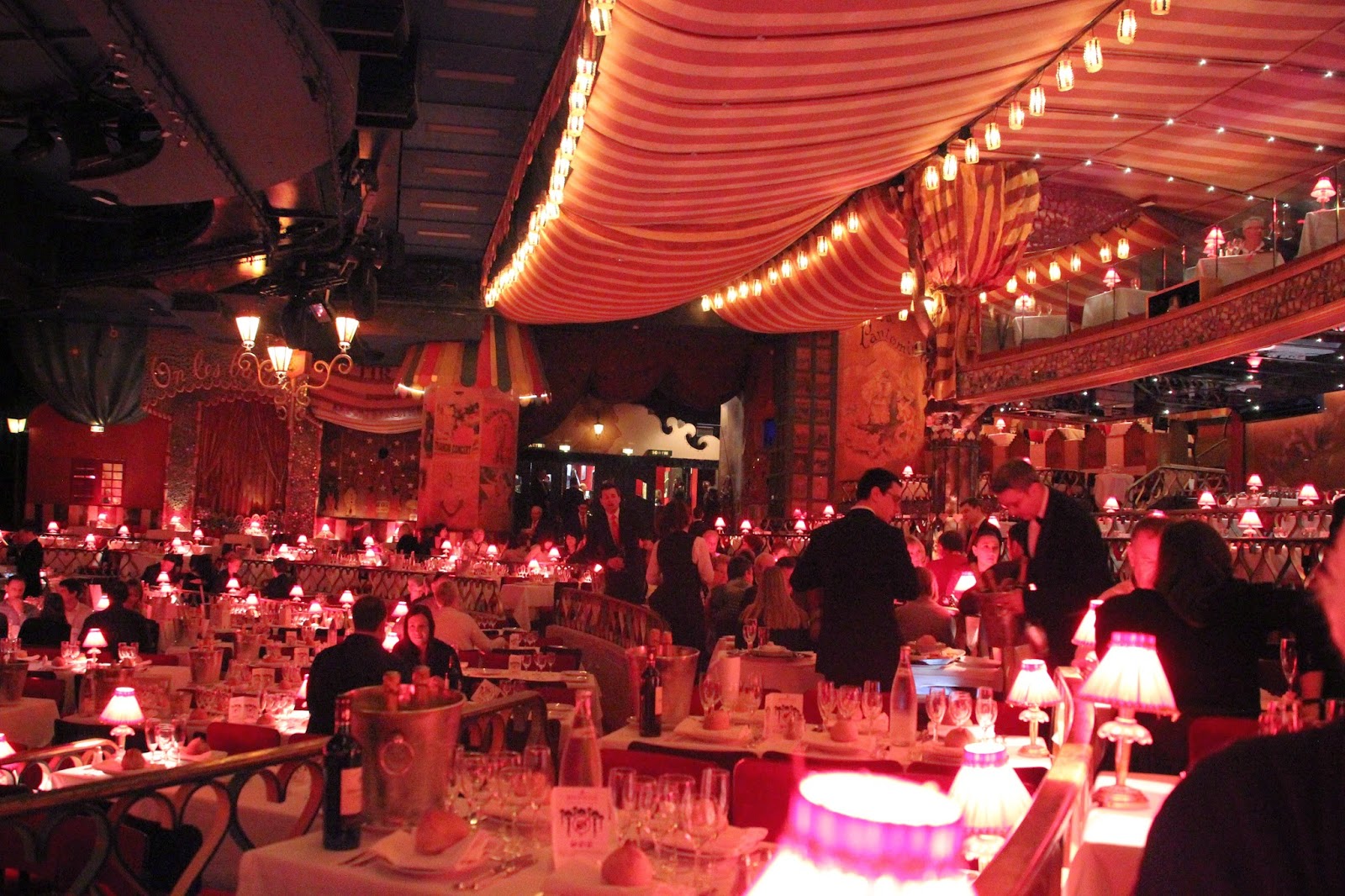 The show was a typical burlesque showcase, which, meant that boobs were on display front and center. Once again, my dad would have loved it. We enjoyed it despite the boobs; the comedy act was hilarious, the acrobats were amazing, the costumes were changed with speed that made me dizzy, and, the energy of the dancers was contagious. Despite my initial reservations, I really, really enjoyed the show.

We ended our evening with a stop at the Eiffel Tower, where we were able to grab some Eiffel Tower figurines at rock bottom prices from the vendors who were closing up shop for the night. We also got our first glimpse of the tower in all its' lighted glory. It was a pretty fantastic way to end a pretty awesome first full day in the city.

Although, Barbie would probably have preferred to skip the stairwell. 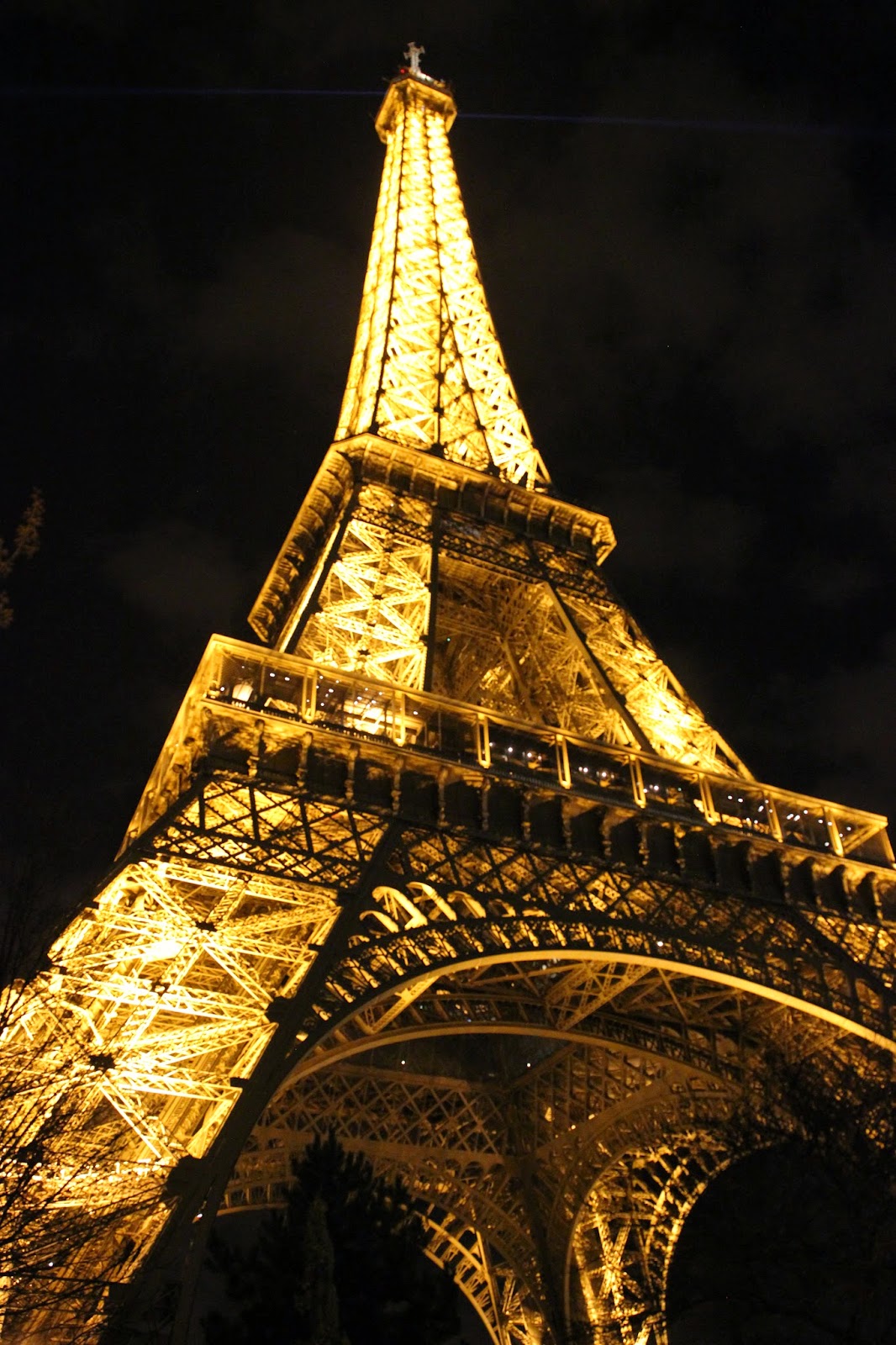 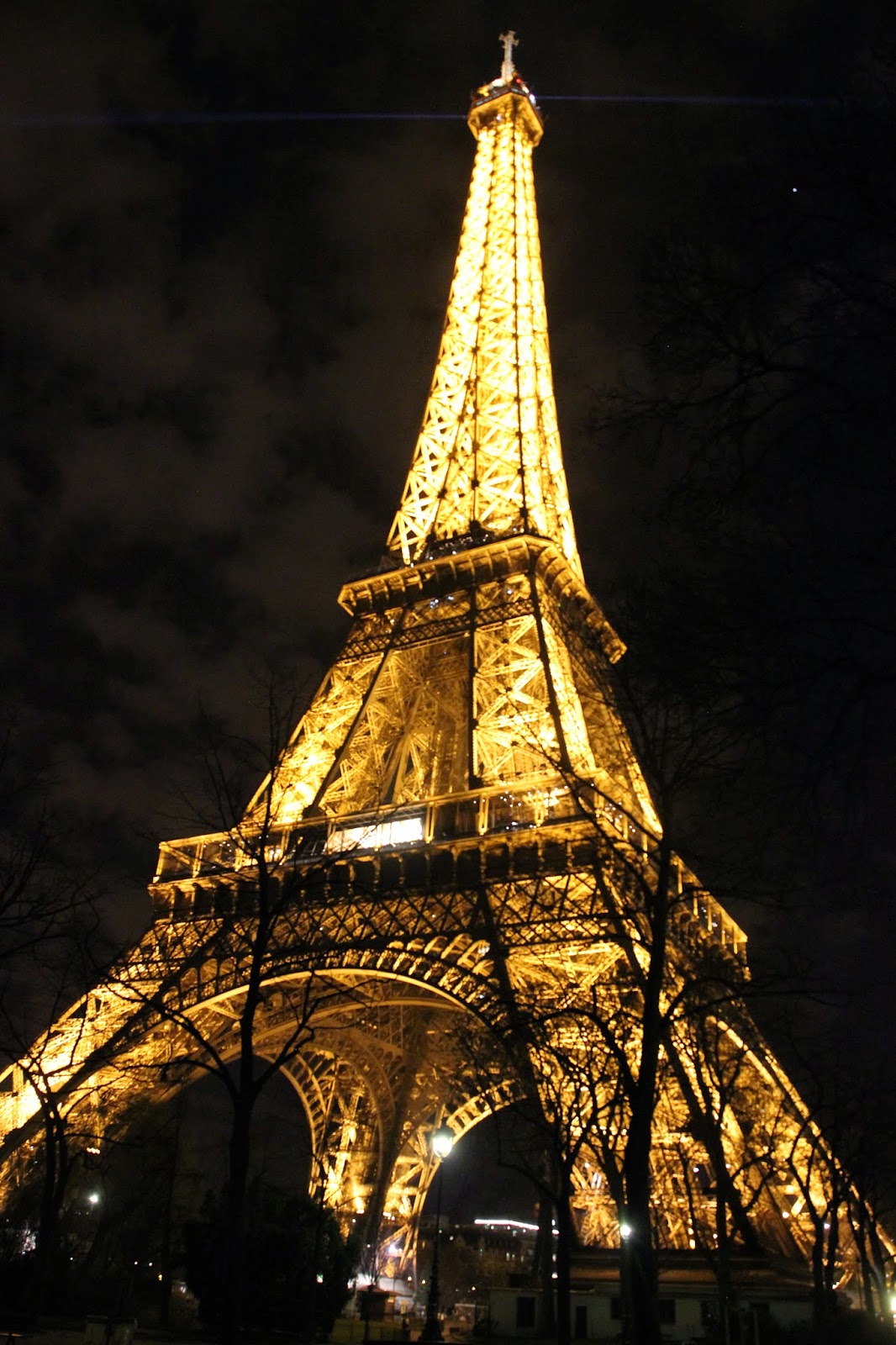 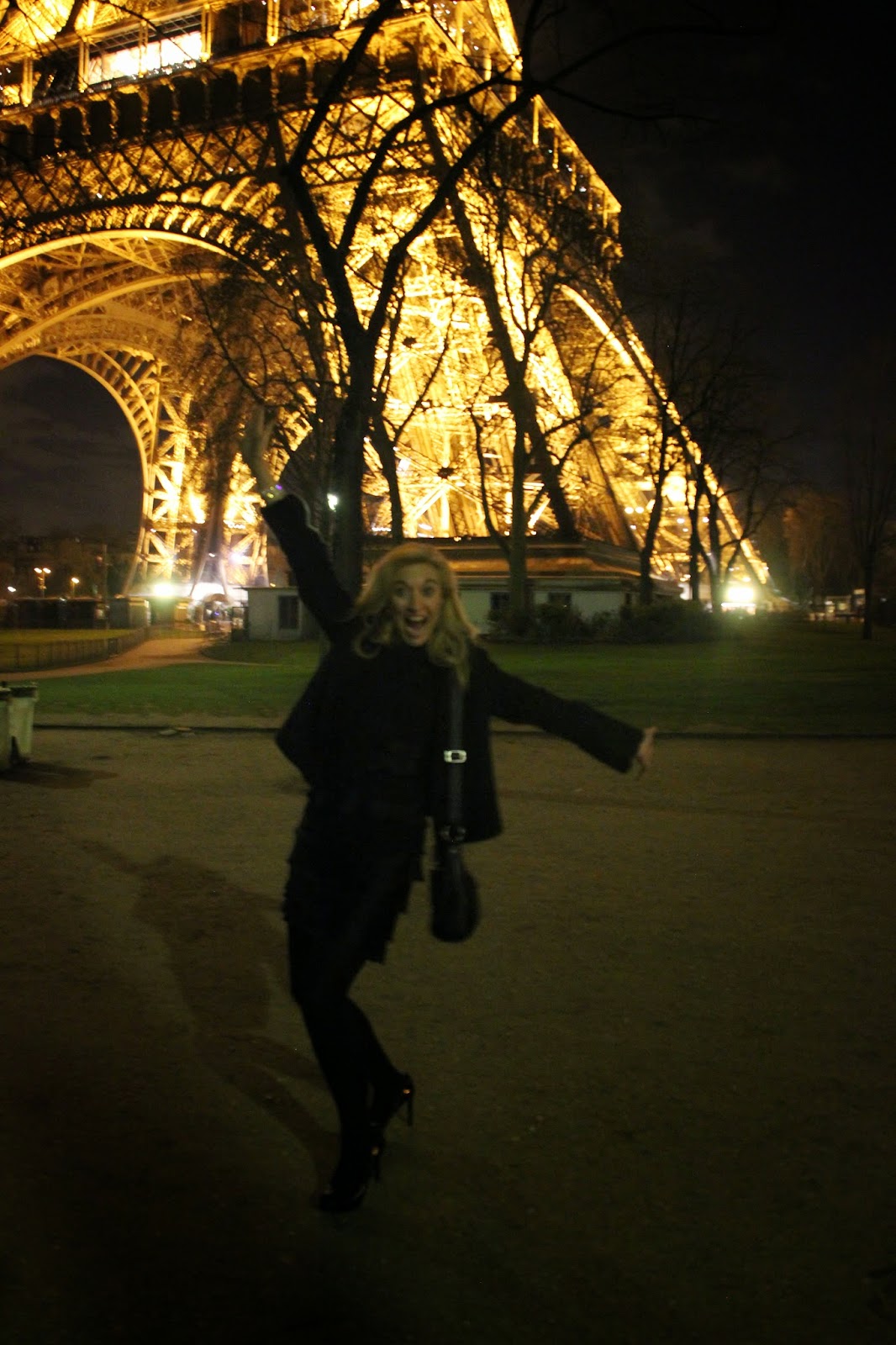 She's fine! She's barely even limping.
Posted by Chelle at 7:30 AM