I was up early this morning, in order to wake the Cub in time to catch the bus for his baseball game in a town about two hours away. Once he was on his way, I sipped a cup of coffee and tried to relax for a while before Hugh and I left to follow the team; it wasn't a bad way to start the day, but I still would have preferred to sleep in.

Once we were on the road to the game, it became apparent that there was going to be an issue with the weather, and, the closer we got to the town where the game was supposed to be played, the worse it got.

About an hour and a half into the drive, the Cub called to say that the game was being moved...to Petticoat Junction.

We flipped a U-turn at the first possible opportunity and headed back home, where I managed to sneak in a brief nap before heading to the school to claim my spot in the grandstands. I found a couple of great seats and we settled in to watch...the clouds roll across the field.. 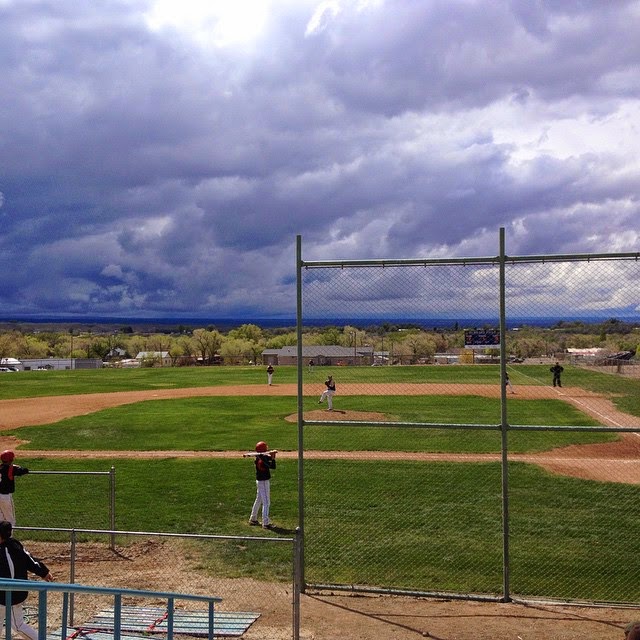 ...and we moved into Hugh's truck to watch the games, free from the occasional sprinkles and cold breeze.

The boys, it should be noted, were completely unaffected by the weather, and, they won both games, quite handily.

Now, I am home and happily ensconced on my couch, with a cozy blanket and the promise of a good night's sleep to come.