Seriously though, life has gone on since we returned from our trip. My mom, sisters, and I have all been busy with family, work, and play; in short, life is back to normal, so, might as well blog about it.

In work news: Day Job is kicking my ass. In the weeks since returning, I have been working feverishly to complete a quarterly report, I have drafted an MOU (Memorandum of Understanding) for my Board of Directors, created By-Laws, staffed three new families into my programs, and I continue to work one-on-one with a family with a higher need for services.

In addition, the store is keeping me busy with the usual tasks, as well as some not-so-ordinary stuff, like, on Friday, when a couple purchased a chainsaw using a stolen check. That's $800 that we were about to be out.

Fortunately, Hugh was made aware of the theft just an hour later, when the couple attempted to return the saw at a store in Pixler. The staff there smelled something fishy and called the police, and, the couple, sensing trouble, dashed out of the store with the saw.

Hugh made all of the appropriate reports to the police department and we resigned ourselves to eating the loss, that is, until later that afternoon, when the couple attempted to return the saw at a store in Hooterville, where, in a serendipitous turn of events, Hugh was picking up an item that we were out of stock on and needed for the store.

Hilarity, in the form of a citizen's arrest, complete with a full-body tackle and a scuffle on the floor, ensued.

We got the saw back. Arrests were made. Just another day in small business.

In sports news: The Man-Cub continues to play baseball. He was recently recruited to play a Varsity game in right field, when the usual right fielders were on an extended Spring Break trip to Costa Rica. He was a little nervous about playing the position, since it's not his usual position, but, he did great.

Mom will be visiting next week and we have four games scheduled, so, she is certain to get in a lot of spectating. She will also be working in the concession stand with me, but, that's going to be a surprise (hi, Mom!).

Friday night, we hosted the team dinner. We grilled hamburgers and hotdogs and, later, the boys toasted marshmallows for s'mores. I enjoy the boys and am always happy to host them at the house.

In home news: Hugh and the Man-Cub spent the majority of last weekend doing yard work, in preparation of the team dinner. They thatched the lawn, set up the pagoda and fire pit, and dug up-and laid new wood chips on-the overgrown flowerbeds around the house. While they were working on that, I was pressure-washing the porch. It is clean and ready for summer. I even bought new cushions for the wicker. My color scheme changed a bit, from red, orange, and yellow to Tiffany blue, turquoise, and red. I think I'm going to like it. Now, I just have to purchase this year's flowers and I'll be set.

In shopping news: Yesterday, I went to Neighboring City to pick up staples at Sam's Club. On the way home, I stopped at a little boutique that was advertising a 60% off moving sale. I found the cutest pieces at rock-bottom prices; two pairs of earrings, two bracelets, and one necklace for less than $25. I love cheap bling. 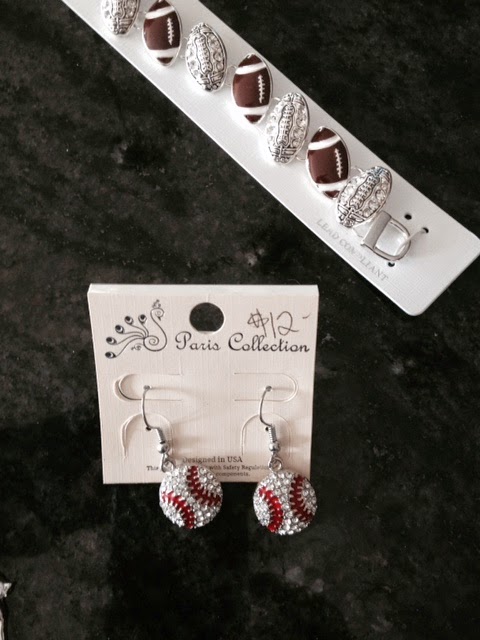 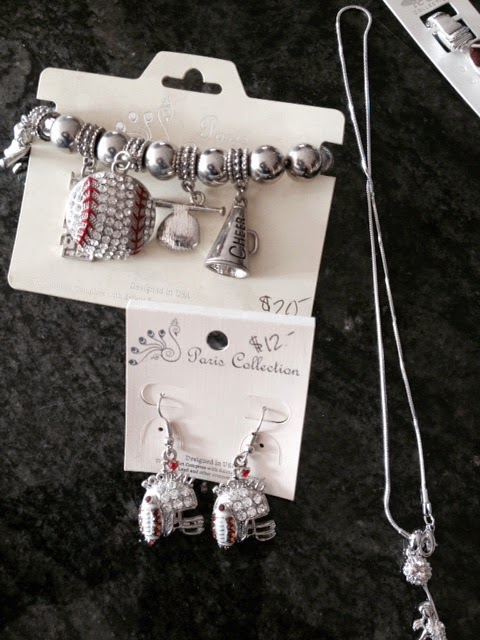 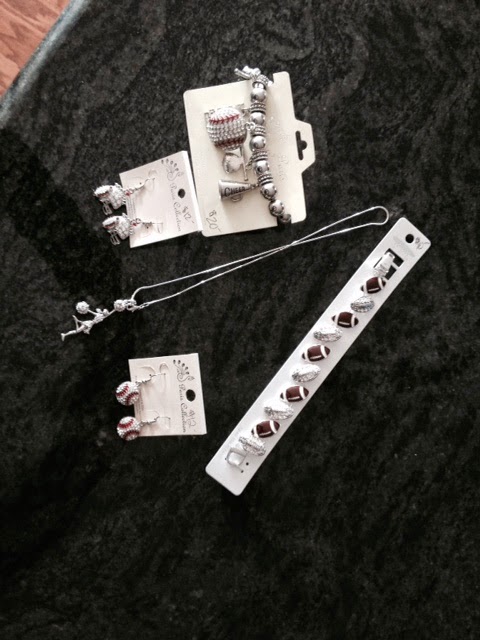 From The Paris Collection, hah! Total coincidence, I swear!


So, life is rolling right along. The upcoming week will be busy, with company, games, work, and, hopefully, play. The Teenager is planning a visit and we are thinking about going to the Prom Grand March, since she loaned one of her dresses to Katie's sister and we want to be supportive. Also, I am totally missing the fun around having a daughter at prom time. I'll get over it...eventually. Like, just in time for The Teenager's wedding.

Kidding. No rush there.