Lake Powell: This is How We Do It

This most recent trip to Lake Powell was our fifth. In the past, we have stayed with friends on their cabin cruiser, rented a houseboat, camped in tents, and bunked in a friend's RV. My personal favorite accomodation was the houseboat, but, staying in our own RV on this trip comes in a close second.

No matter where we have stayed while at the lake, we have enjoyed the same basic recreational pursuits: we boat... 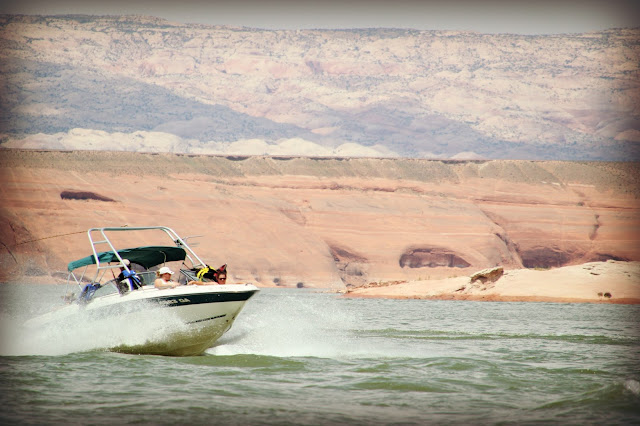 ...we jump off floating objects... 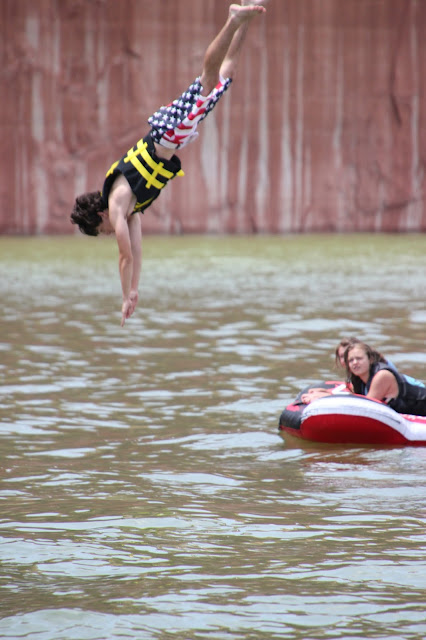 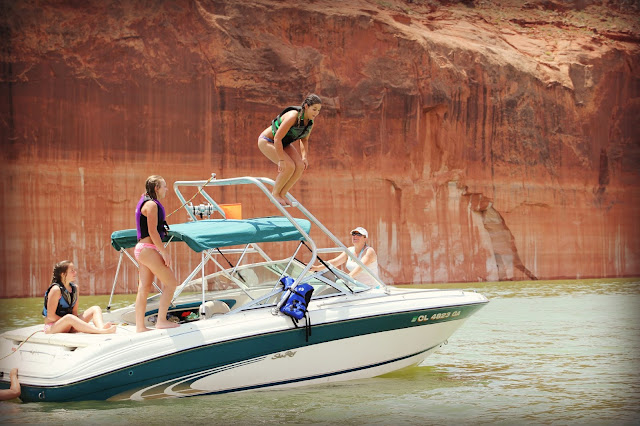 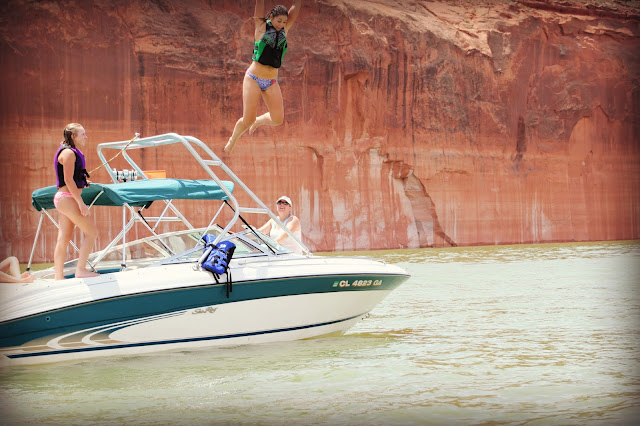 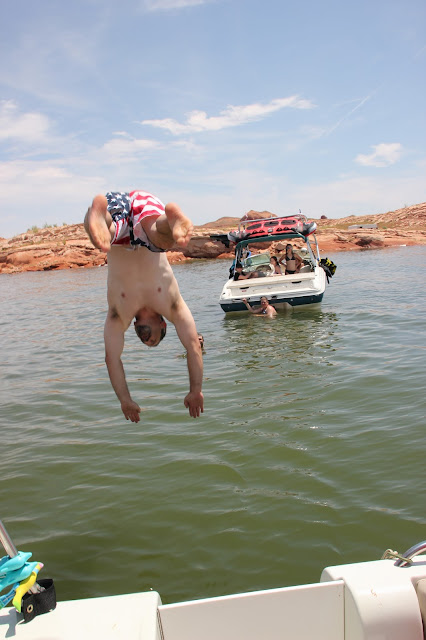 ...we jump off stationary objects (the higher, the better)... 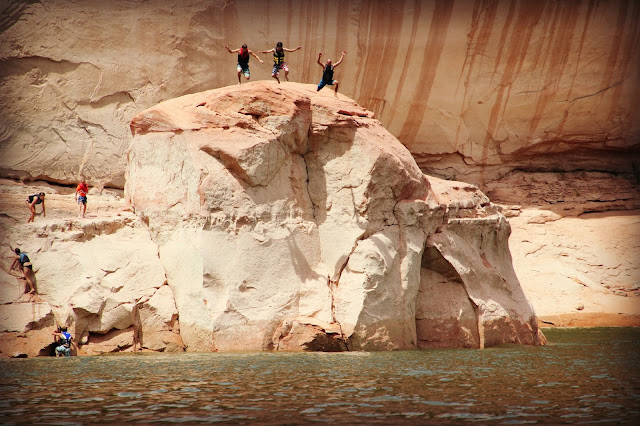 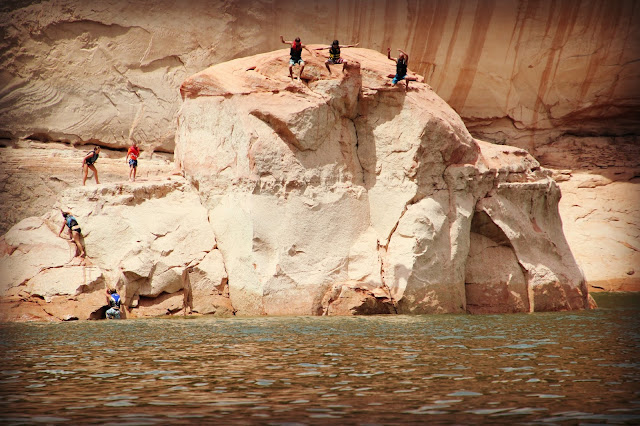 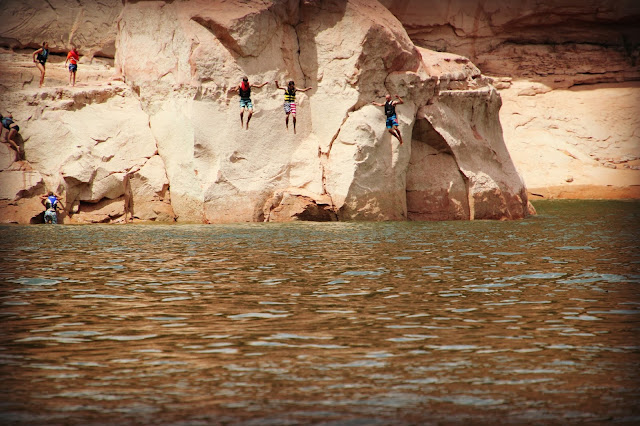 ...we fish, and, sometimes we actually catch something (not this time, though)... 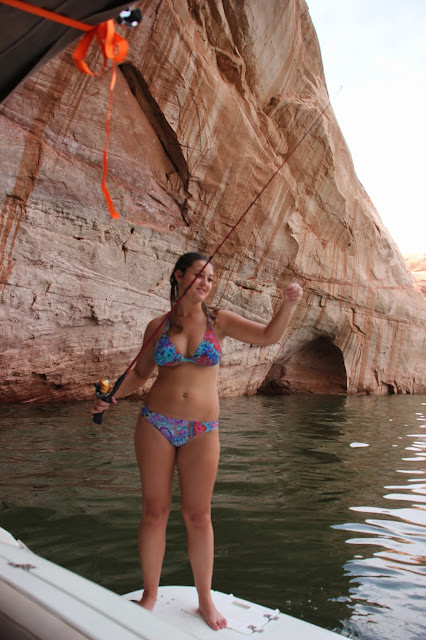 ...and we race around the lake on inflatable tubes, frantically trying to either stay on, or, to throw someone off, depending on whether we are the rider or the driver of the boat. 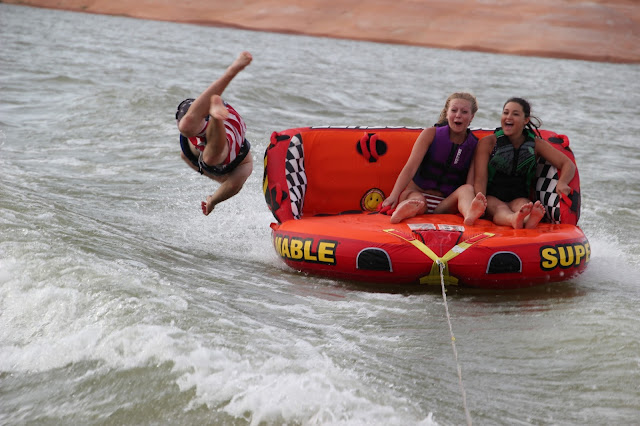 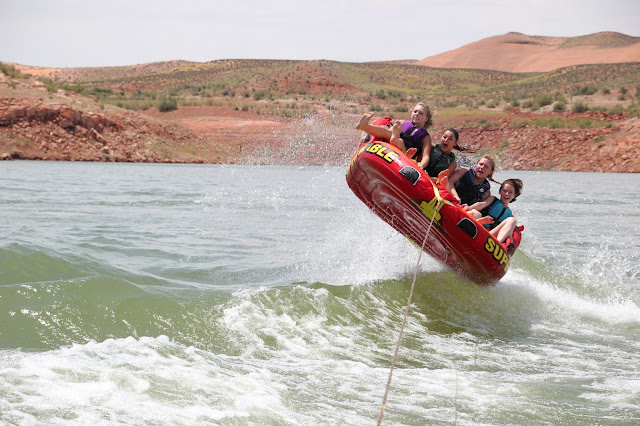 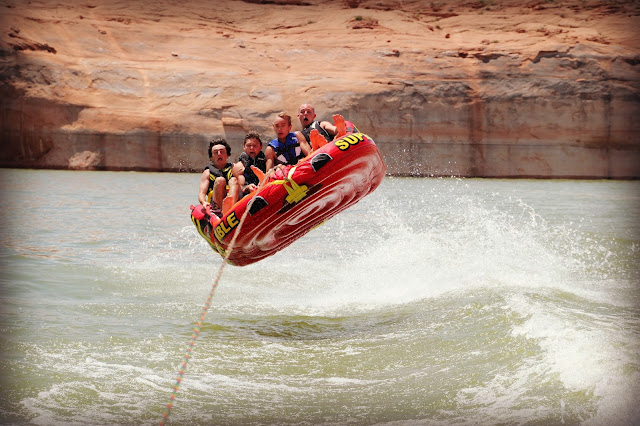 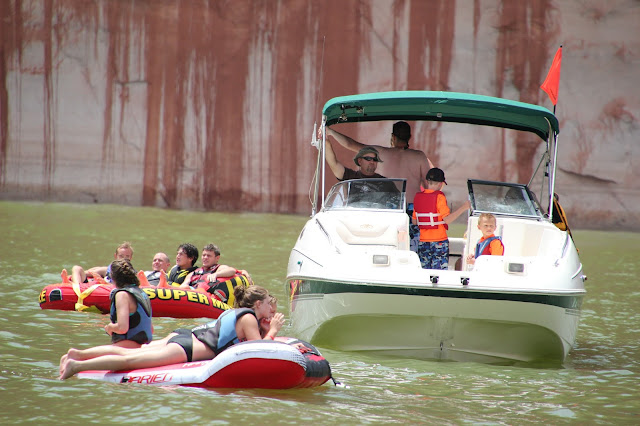 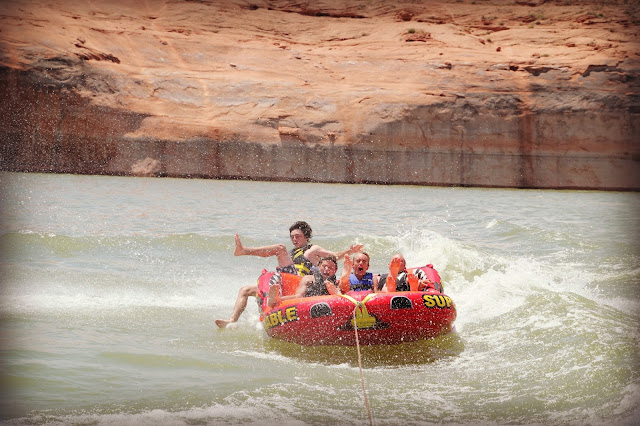 This year, we added a new activity; once it got dark enough, Jana set up a projector screen and we watched The Pirates of the Carribean while floating on the water.

Ok, that's only partly accurate; the kids watched The Pirates of the Carribean while floating on the water. The adults watched the movie from a cliff overlooking the water because it was easier to hold a wineglass that way.

It was a cool new activity, either way. 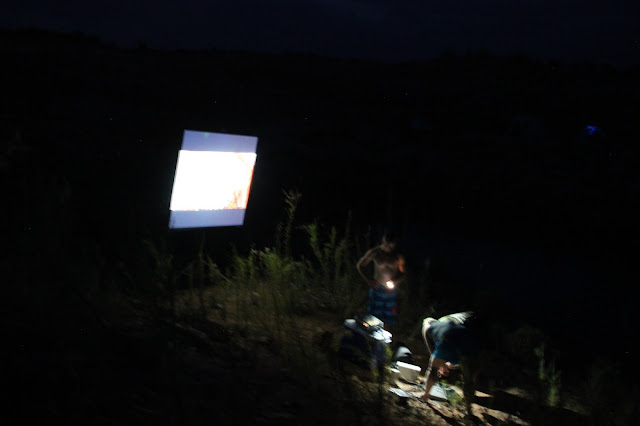 Then, because we had already broken with tradition, we threw caution to the wind and added a hike to the next day's itinerary. A really long hike. Up a really high cliff. The payoff was an archaeological site featuring Native American pictographs and an ancient dwelling. 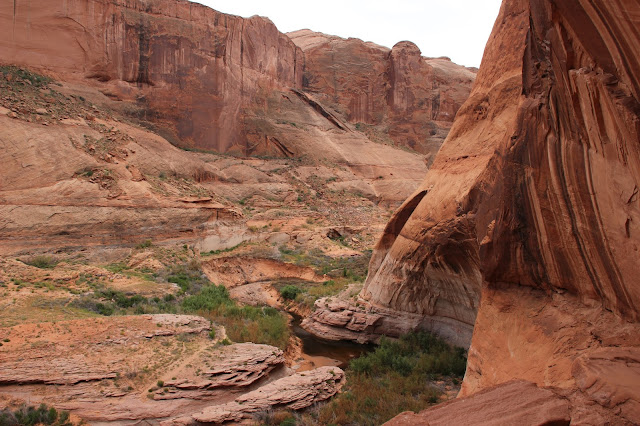 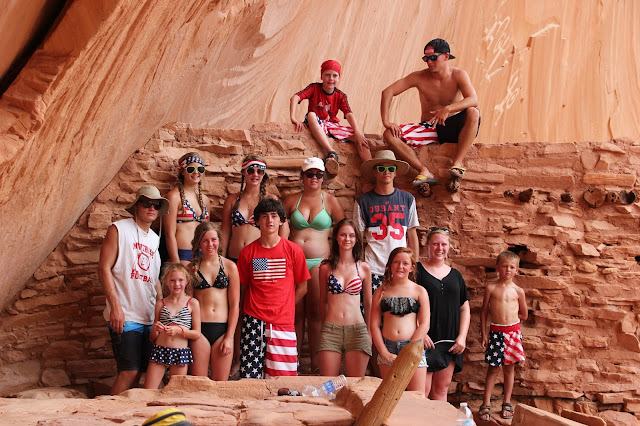 It should be noted that Jana chose the moment that we climbed to the very top of the cliff to experience heatstroke, presenting the very real possibility that she might pass out and either plunge off the cliff to her death, or, require that several of us carry her ass down the very long cliff.

Thankfully, neither of those things happened. She did, however, get a very stern lecture from me and our traveling companions regarding the need for proper hydration when vacationing in a desert. The lecture was duly noted, I'm sure. 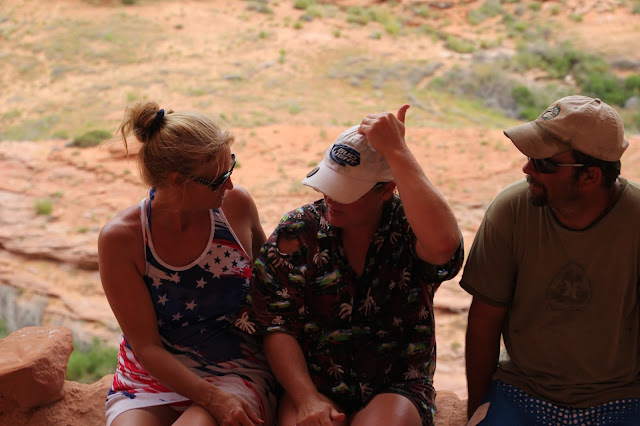 For fuck's sake, Jana, drink some water, would ya?

Of course, one of the most important things that we do at the lake is eat, or, maybe it just seems like it is important because we seem to do it so frequently. This trip was especially interesting, food-wise, because we had such a large group. As I mentioned in a post a while back, Jana, Carmen, and I met to plan our meals prior to the trip and I think we did a really good job of keeping everyone happy while not creating a lot of waste. 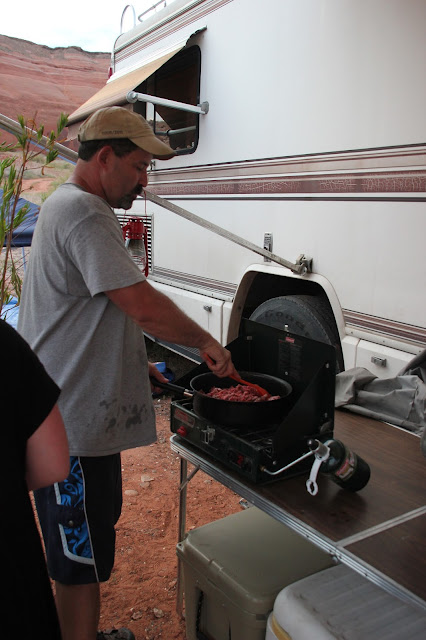 The challenge for me now that we are home is to find a camp cook stove for Hugh; he appears to have fallen in love with Chris's.

And, that's how we do Lake Powell. Tomorrow, I'll clue you in on why we do it.

Cliffhanger!
Posted by Chelle at 7:13 PM