Damned If You Do, Damned If... Well, You Know the Rest

I've been stewing over something for a week, now. I've told myself that it's not as big a deal as my brain is making it out to be, and, in the grand scheme of things, I'm sure it's not. BUT, I'm totally going to bitch about it, anyway. Who knows, maybe bitching about it will get it out of my system and I'll be able to stop stewing over it.

At last week's Booster Club meeting, after we had addressed the items on our agenda, one of the newer members asked if she could add an item. We aren't a formal bunch by any means, so, we told her to go for it. Her "item" was actually a pretty passionate complaint about "certain" athletes getting special treatment when it came to the locker decorating that we organize during Homecoming week and the week immediately following Christmas break.

Yeah, I think she meant these guys... 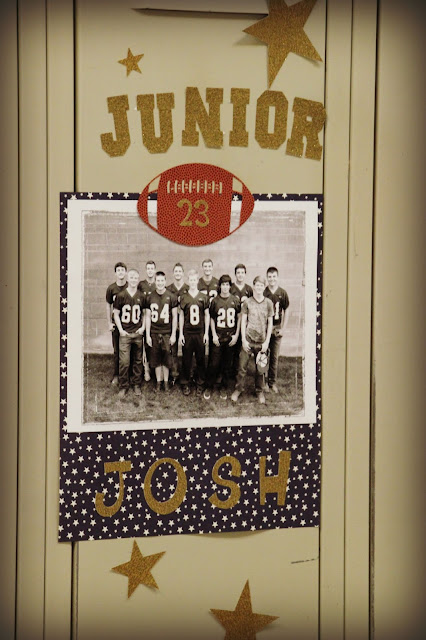 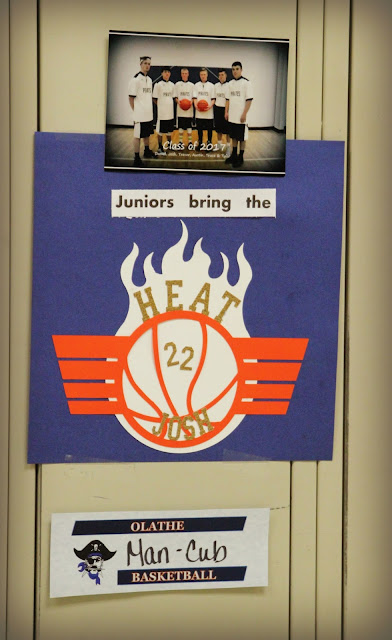 Tonia, our President Extraordinaire, listened patiently while the new member railed against the unfairness of the Boosters making an extra effort for a few while the rest of the athletes made do with a simple banner that indicated their name and which sport they played.

When she eventually wound down, Tonia very sweetly and calmly explained that the Boosters were responsible for those simple banners, one for each and every athlete in the school, plus, a number of athletes who are homeschooled and don't actually have lockers upon which to hang them (we send those home with the athletes); the rest of the decorating is done by parents-all of whom are invited to do so by email, through the school announcements, and by the coaches of each sport. Tonia went on to say that, while she understands that not all parents will be able to take advantage of the opportunity, it was made available, so, she felt that the Boosters had done their due diligence.

Furthermore, the parents of those "certain" athletes (the moms, mostly) had gotten together to make the decorations for their sons' lockers, and, they had decided to also make decorations for the rest of the male athletes in that particular class, not because they are super-speshul snowflakes, but, because they are a pretty tight group of boys and because they (the moms) are aware that some of the boys' families have time and/or financial constraints that prevented them from participating.

The new member said she appreciated the information but that she still felt that it was unfair to the athletes whose parents didn't participate, and, in the interest of fairness, maybe we shouldn't invite parents to participate at all; the simple banners could suffice as the decorations for Spirit Week.

Tonia, again, very sweetly, explained that, as the Booster Club President, she understood the new members position and appreciated her for bringing it to the attention of the group. Then, she explained, also, very sweetly, actually, possibly even more sweetly than was strictly necessary, that, as a parent, she was very sad for the kids whose parents were unable/unwilling/uninvolved, etc. That said, she would also be damned if her kid was going to suffer in the name of fairness.

Then, she smiled, toasted us all with her wine, and adjourned the meeting.

For the record, I am firmly on Team Tonia, and, while my heart also goes out to the kids who are gypped out of cool things because they have parents who, for whatever reason, don't participate; I also know that life is not fair.

So, why am I still stewing about it an entire week later?