One of the best things about this basketball season is watching the way that the JV plays the game; the absolute joy that they exude is such an awesome thing to witness. Not only are they happy on the court, but, their time on the bench, as well. I think that says a lot for their JV coach as well as for their friendship and general love of the sport.

This weekend, while the boys were playing, I focused on the bench, where I was able to catch the Man-Cub and one of his teammates right after the Cub accidentally squirted his friend in the face with his water bottle. I caught the fallout on camera. 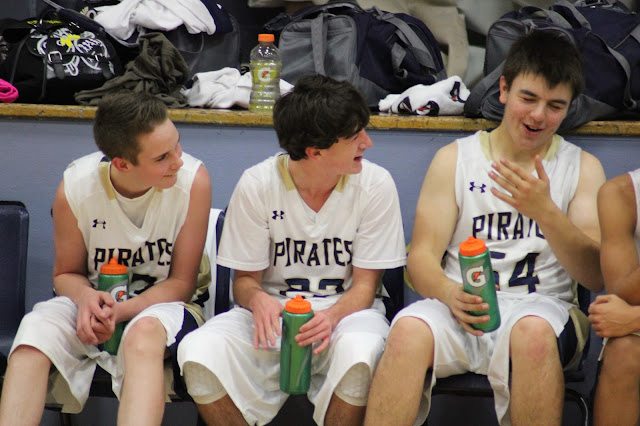 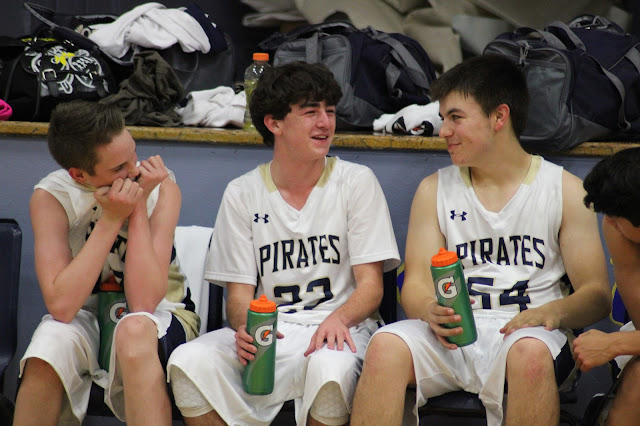 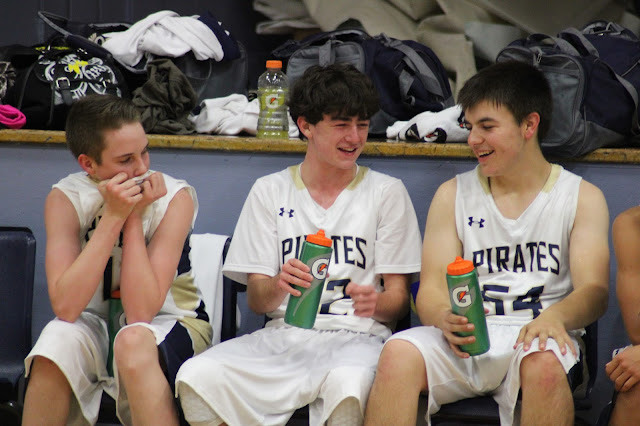 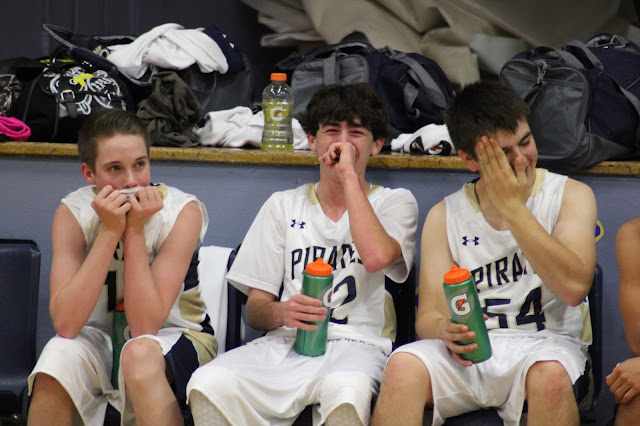 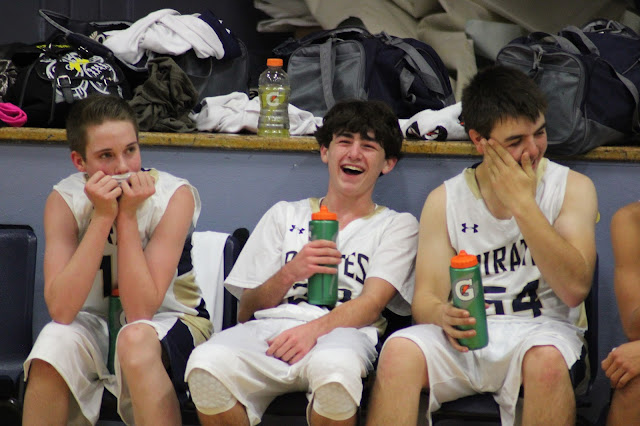 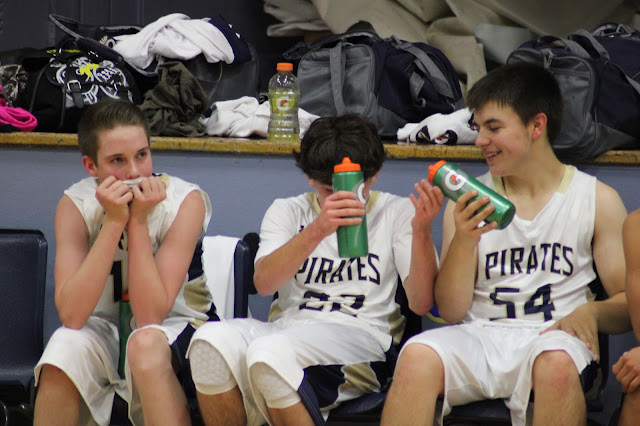 They got called back onto the court right after I got these shots, and, they were still laughing about it as they ran down the court, which, I think unnerved the competition. It also amused the home crowd and the referees, who asked to be let in on the joke. As you can imagine, that made them laugh all the harder.

I hope they are always this joyful. I hope they continue to play the game as a game, and not as a life-and-death competition, and I hope they always take pleasure in small things. A positive attitude is a rare treasure these days. 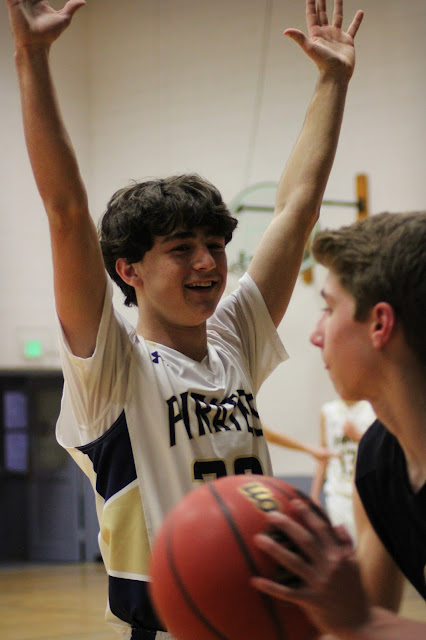