I'm staying home today, utilizing PTO hours in an effort to kick a sinus headache that I woke up with this morning. I've slept for several hours and am just starting to feel well, again. Thank goodness for naps. And, for paid time off.

It's probably no wonder that I am tired; we had a pretty busy weekend here at Casa de Chelle. That said, I'm also pretty sure that this new head cold was a parting gift from the gymnasium that the Cub played ball in on Saturday, but, I'll get to that here in a minute.

Friday, as I mentioned in a previous post, was busy with work at Day Job. What I failed to mention was that the conference call I was on that day was the last call in a certification process that has taken me approximately a billion years to complete. Or, what feels like a billion years, six months, same difference. But! I can now say that I will be receiving the certificate pronouncing my accomplishment sometime in the very near future.

By the time Mom and I got to the day spa, I was wrung out, intellectually, and ready for some pampering, which, as I also mentioned previously, I got in spades. 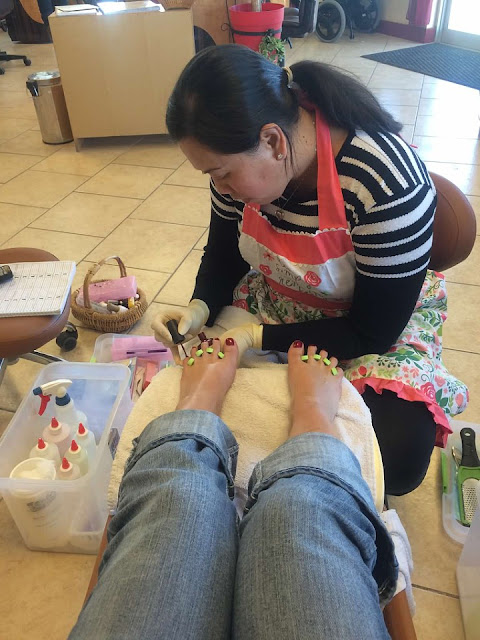 The company was pretty pleasant, too. 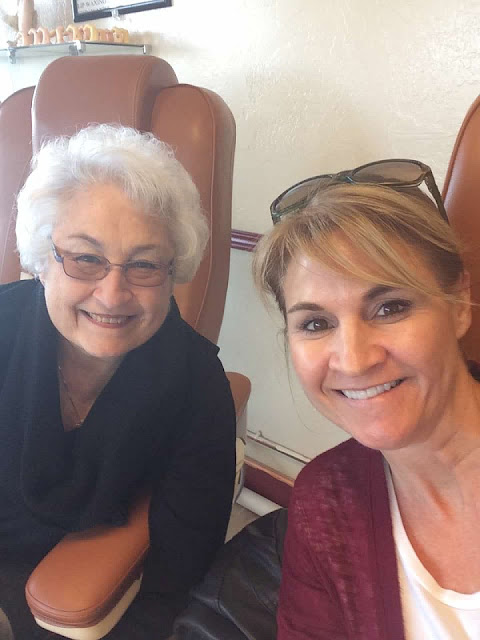 We picked up drinks at Starbucks prior to our pedicures, which was a nice treat, and we went shopping, afterwards, making a mini day out for Mom, who had spent the past week and a half spoiling us with her fabulous cooking skills and developing bleacher butt at the Cub's basketball games; I would have hated to think that she didn't get to do anything fun while she was here.

Later that evening, I crashed the Winter Formal for the few pictures that I was allowed to take of the Cub and his date. I shared the pictures with her mother, who was also denied a photo shoot prior to the dance. We are already plotting ways to get the children to be more cooperative come prom time.

Saturday, Mom and I drove a couple of hours to the basketball game, where, as I mentioned earlier, I am certain that I picked up the germs required to brew up another sinus infection. The small gym that the JV played in was heated to just a few degrees above the Meat Locker setting, it was crowded, and the metal folding chairs that served as seating for the spectators were about as comfortable as spending an hour and a half competing in an ice-block sitting competition. Things did not improve when we moved into the larger gym for the Varsity games, although, we were able to sit on  our stadium seats, which provided a little more warmth in the derriere.

After the games, we joined three other families, including the JV coach and his wife, for dinner at a local steakhouse, which, provided us all an opportunity to thaw out and to commiserate over just how cold the gyms had been. I wonder if any of them ended up with head colds? Hmmm, I'll have to ask around...and I digress.

Sunday morning, Mom treated us all to breakfast at Denny's, which, is a tradition that she and Dad started when the kids were quite small. The only thing that has changed is that the kids order iced coffees now instead of milkshakes. Despite my recent limitation on sugary treats, I ordered my usual- pancake puppies. They were delicious, but, too sweet to finish. I guess that's progress. 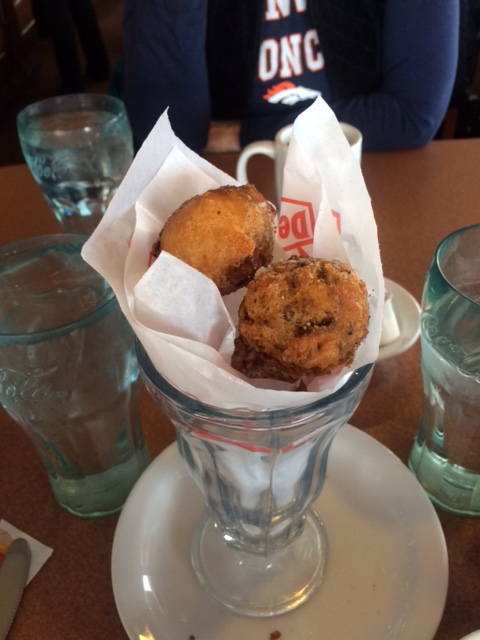 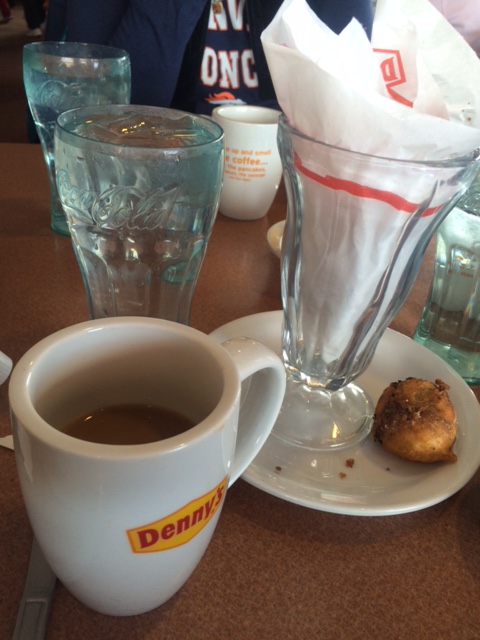 After breakfast, the family headed home while I headed to the hardware store, where I finally managed to get the last of the 2015 financials on to the computer before heading back home to putz around the house while everyone else watched the Broncos secure a trip to the Super Bowl ( tend to feel like I am a jinx when it comes to sitting and actually watching the whole game; my putzing totally contributed to the win!).

Tonight, I am making margherita paninis for dinner; Mom purchased a Panini press when we were shopping on Friday and she wants to see how mine works. Afterwards, I might take a hot bath with some eucalyptus-scented epsom salts to help with the headache; as thankful as I am for PTO, there is only so much to spare and I hate to waste it on my sinuses.

That's about it for life around here, lately. Exciting, I know.

I need some new writing material.