Yesterday, the Man-Cub was out of the house at the ungodly hour of 5:15 in order to catch the bus for this week's away game.

I followed along a couple of hours later, joined by three other parents because carpooling is a way more fun way to kill a three-and-a-half-hour trip than driving alone, any day. 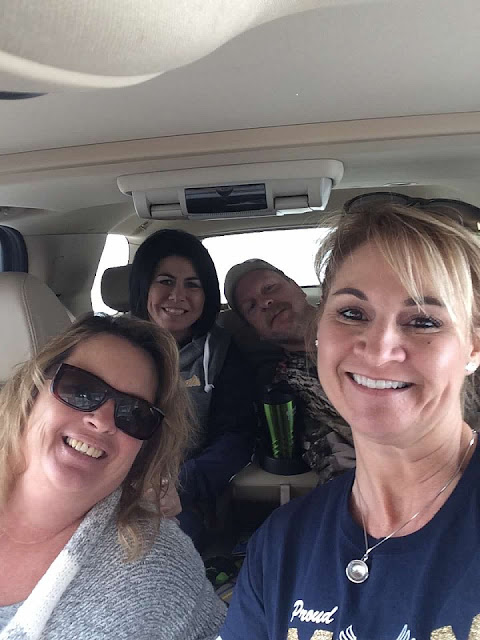 We spent the trip discussing Booster Club business, during which we managed to brainstorm a completely new fundraising event that we can try out at next week's Friday night home game. The idea involves two volunteers who will race brooms on the court at half-time, and, while we are still working out the details, we think it will be entertaining and lucrative.

It was a nice drive-way better than the actual games, themselves. Unfortunately, all four teams, JV through varsity, boys and girls, lost. Badly.

To add insult to injury, the student section of the opposing team displayed some of the nastiest sportsmanship that we have witnessed since The Teenager's volleyball team played in Pixler her Junior year. Not ironically, our Principal pointed out that the Athletic Director at the current school had been the AD in Pixler during that time. It's unfortunate that he brought that negative culture along with him. Or, that he supports that negativity, if it was already present in the student body at his new school.

Anyway, our kids showed a lot of grace under the circumstances and I would much rather spend my breath praising them than shaming the other team; perhaps Karma can handle that at some point in time.

After the games, our sons opted to ride home with us, rather than on the bus. In all honesty, we plied them with the promise of dinner at Texas Roadhouse when we passed through Neighboring City on our way home, but, it was ultimately their choice. Which, is why none of us felt terribly bad about folding their six foot bodies into the wayback of the Tahoe. 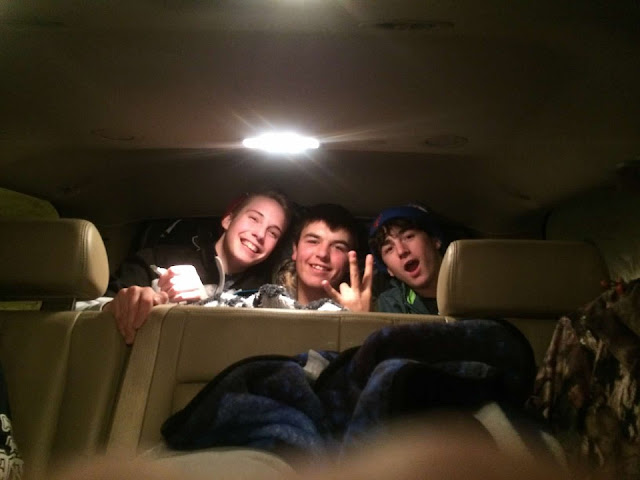 They got payback by singing inappropriate songs and by cracking dirty jokes until we finally caved in and stopped at a convenience store for batteries to power the headphones to the on-board entertainment center, at which point they settled down to watch a movie, leaving us to enjoy the last half of the trip to Neighboring city in peace.

Once we got to the restaurant, we were joined by two more of the boys' teammates, as well as their families, and by Katie and The Teenager, who were in the mood for dessert, after having cooked linguini for their own dinner.

It was a large and lively group and we had a very good time.

Once we were on the road again, the boys immediately crashed from exhaustion and full bellies, and they slept for the remaining hour of the trip.

This morning, the Man-Cub was up with the sun to go snowboarding with Mikey, and I am moving a bit slow. Clearly, I am not up to hanging with the youngsters. I did, however, have a really good time, yesterday, and, we have made plans to carpool as often as possible in the future.
Posted by Chelle at 10:42 AM