Team Breakfast, By the Numbers

Today I hosted my first basketball team breakfast; I was a little nervous, not gonna lie. For one thing, I am not at my very best first thing in the morning. Then, there was the uncertainty of how many of the boys would actually show up, which, made planning for the food a bit nerve-wracking. Finally, the team was scheduled to leave the high school at 9:00, sharp, so, timing was going to be really important.

I really shouldn't have worried.

I dealt with the first concern by ingesting several cups of really strong coffee. Like really strong coffee. The buzz not only got me through the breakfast, but through the two-and-a-half-hour drive to the town where today's games were held. I had to pee like a racehorse by the time we got there, but, that is neither here nor there. And, I digress.

My second fear turned out to be a non-issue as well; the food I purchased was adequate for the boys (twenty-two, in total) without leaving a ton of leftovers or resulting in wasted food.

Next, thankfully, I had two of the best helpers that I could have asked for: my mom and my friend, Jill, who is also on the Booster Club and mother to one of the Man-Cub's good friends. With the two of them manning the waffle irons, the meal hummed along better than I could have hoped and we served all twenty-two boys plus their coaches and managers in just over an hour, leaving them with more than enough time to make it back to the school to catch the bus.

On their way out, most of the boys gave us hugs, thanking us for the, and I quote, "Way awesome breakfast". That is the highest praise you can get from teenagers.

The breakdown of that way awesome breakfast?

Totally worth every penny spent and every minute in preparation, presentation, and clean-up. 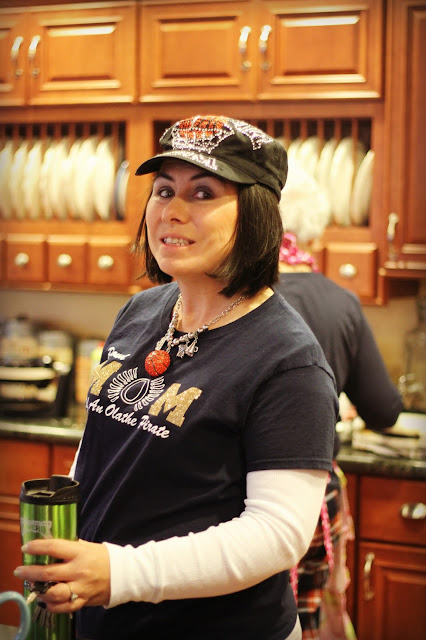 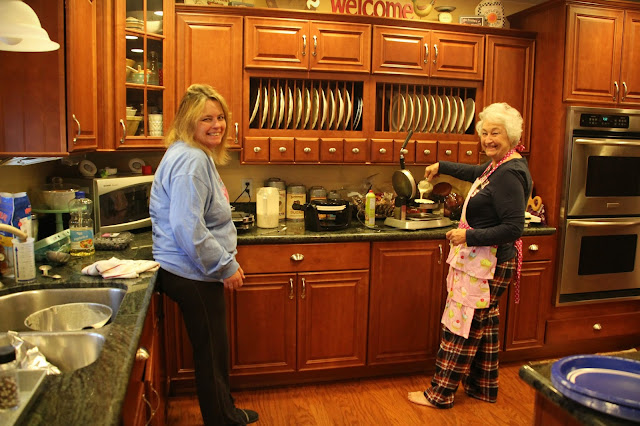 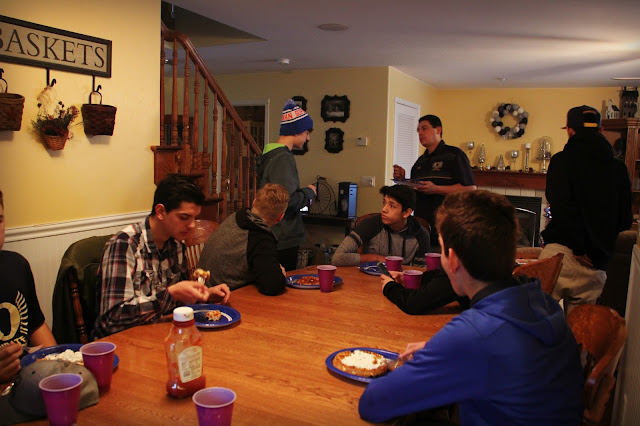 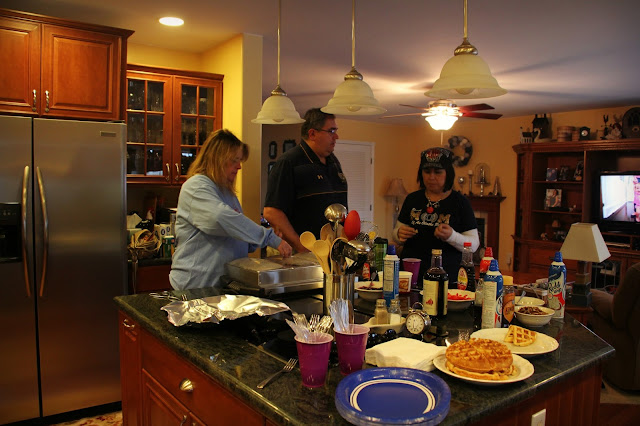 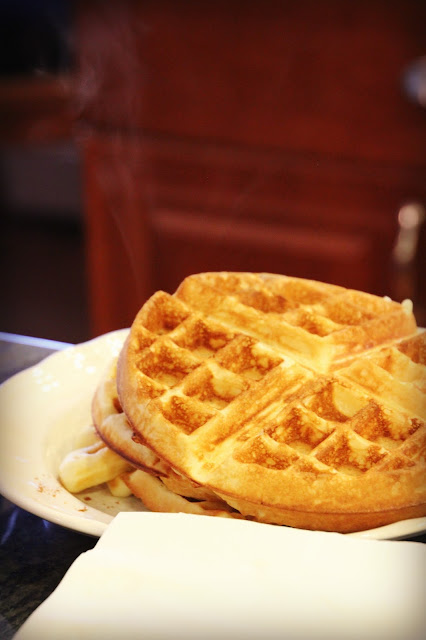 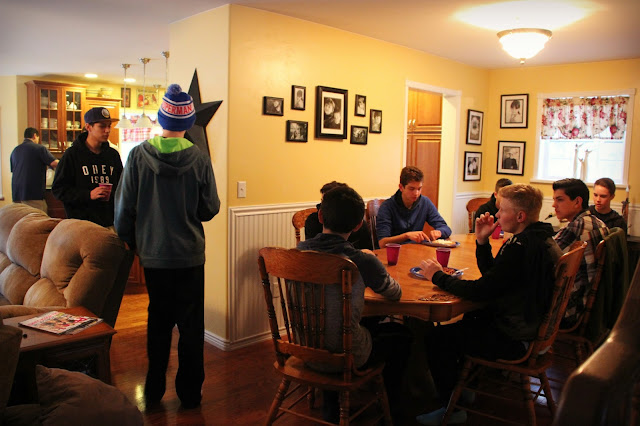 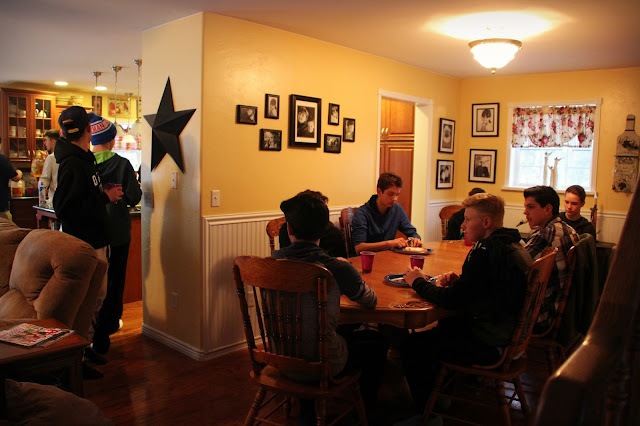 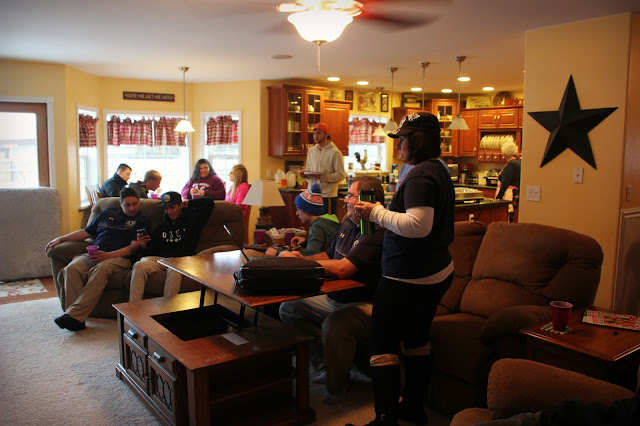