Last Friday morning, Hugh roused the children and me from our cupcake-induced slumber to make the journey to the Hoover Dam.

I vaguely recalled him expressing a desire to see the dam during the drive to Vegas the previous day, but, I guess I didn't actually think that he had been, you know, serious, about seeing it...it's...a dam. I mean, right?

So, I will admit, I didn't exactly leap out of bed with a ton of enthusiasm, nor did I do much to impart enthusiasm in the children, who, were even less impressed with the idea than I was. I did, however, make haste in getting ready and I cajoled the children into doing the same, so, we were on the road to Hugh's dream destination in short order.

The drive took about an hour-give or take-and we pulled into the parking structure of the dam shortly before 10:00 a.m., or, right at 110 degrees, depending on what measurement you choose to use.

Hugh opted for the thirty minute guided tour of the interior of the dam, and, despite our disappointment in finding not a single Transformer, the tour ended up being somewhat interesting. Oh, it would have been vastly improved by a Transformer sighting, but, reality. 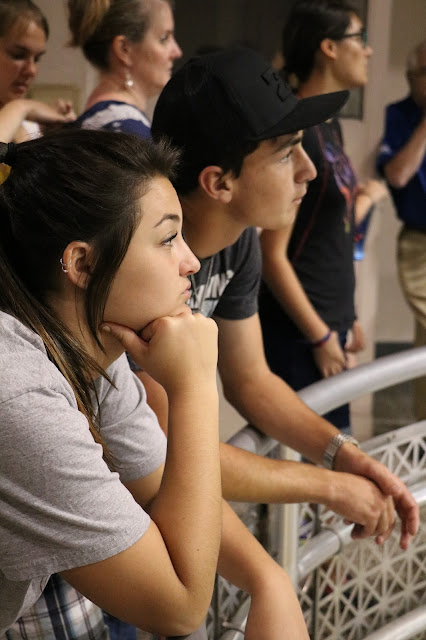 After the tour, we walked the length of the dam, stopping just long enough to break up a fight between the children*, to spit water over the side (if the wind catches the water just right, it hangs there, suspended, for several seconds before flying back at your face; a  fact we learned when the Cub made the unfortunate mistake of spitting over the side while standing next to an Asian tourist who was not at all impressed with the impromptu shower), and to force the children to grimace into the camera, so that the lovely family moment could be forever documented. 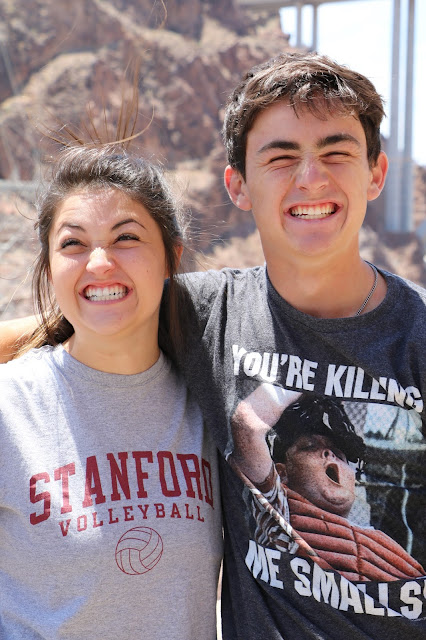 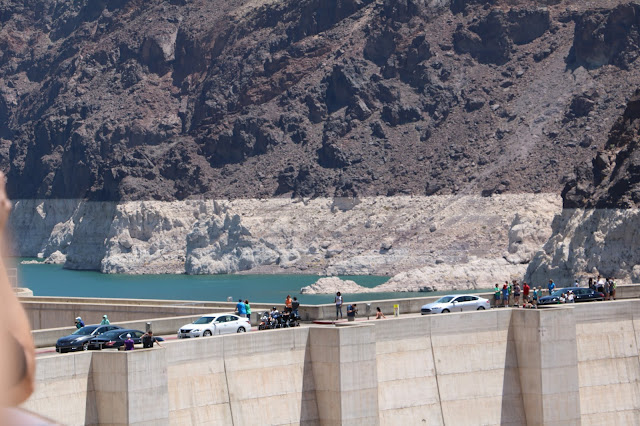 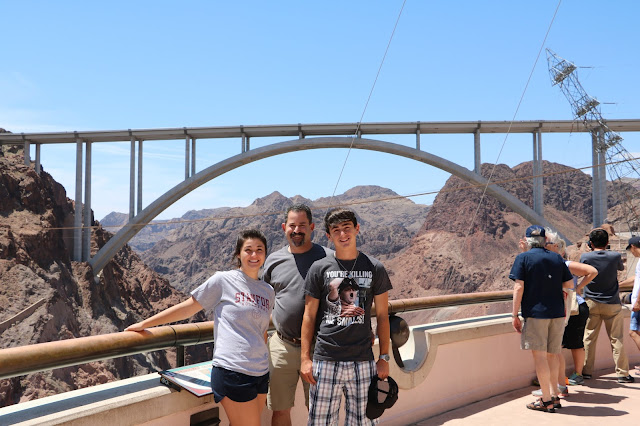 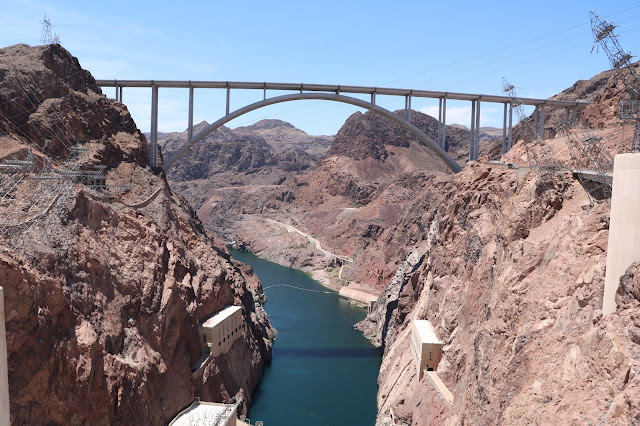 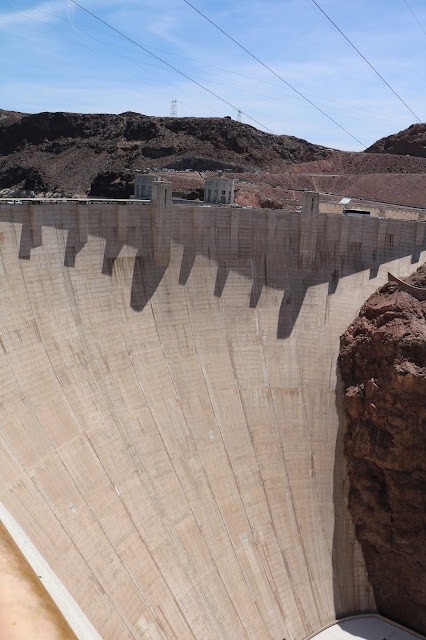 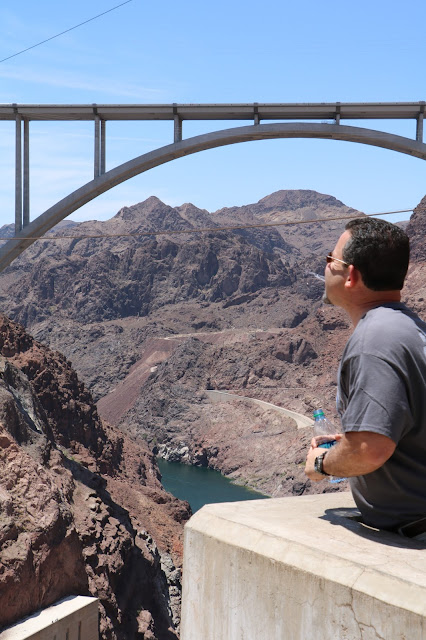 Then, we headed back to the car to blast the air conditioning and to drink our body weight in water because, walking on the rim of a dam in 110 degree weather tends to leave one parched and sweaty. Who knew?

All joking aside, it was a fun little side trip and an opportunity to check an item off Hugh's Bucket List. It also gave me a card to play in our next round of You Owe Me Olympics, so, win-win.

*The fight was over where, exactly, on the dam Dwayne "The Rock" Johnson was standing when it was destroyed in the movie San Andreas. I ended the fight quickly when I told them they were both wrong; The Rock was never on the dam, it was the scientists who were studying seismic activity precipitating the earthquake. The Rock was back in California, flying his rescue helicopter. Score one for mom! 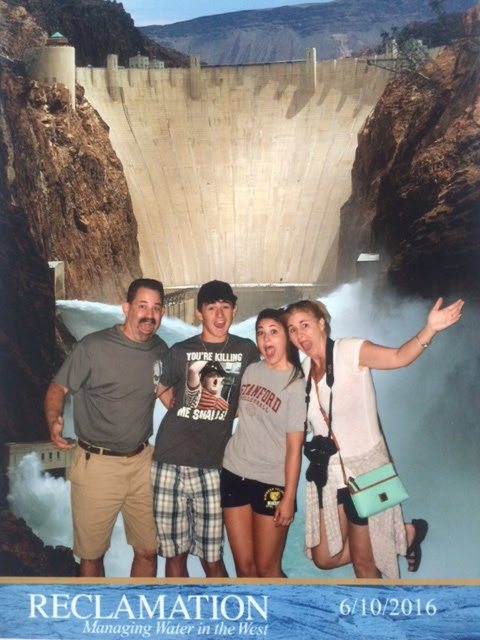