Last Thursday morning, we started the eight hour drive to Las Vegas with a thermos of coffee, a cooler of snacks, and a car full of enthusiasm.

And tackle it, we did, including a side trip to the Hoover Dam, Girls Night Out at The Thunder Down Under, a bachelorette scavenger hunt, people-watching on the Strip, late nights, pool time, and, of course, the wedding.

It was a blast and I am still recovering.

I thought that I could write about the trip in one post, but, the more that I think about it, the more I realize that each experience requires its' own post, so, I am going to start with what was probably Queen B's favorite discovery of the trip: a Sprinkles cupcake ATM.

An ATM that serves fresh cupcakes 24/7.

We discovered it Thursday night, while exploring the area of the Strip closest to our hotel (we stayed at The Paris). We had eaten a late dinner and were heading back to the hotel when the Man-Cub and Hugh decided to circle back to a store where the Cub had seen a hat that he wanted; Queen B and I ducked into a small alcove off to the side of the Sprinkles store to wait for them and, there it was: Cupcake Nirvana. 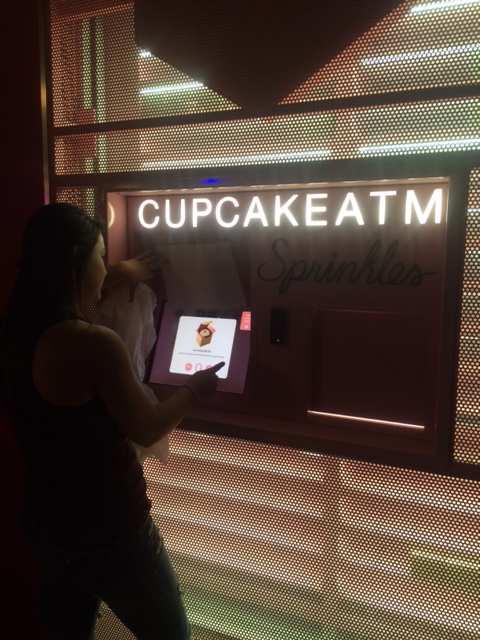 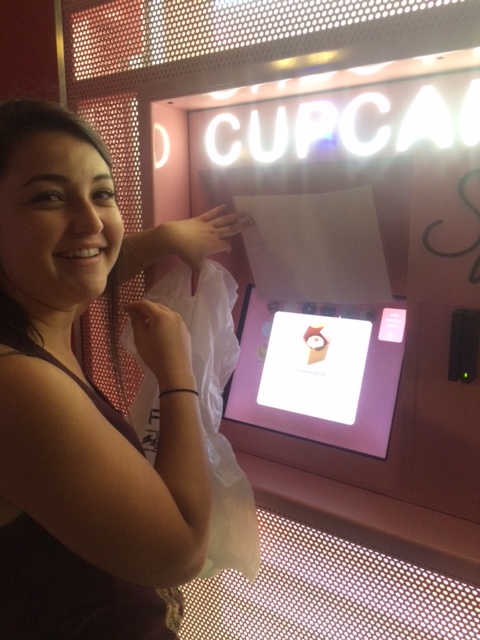 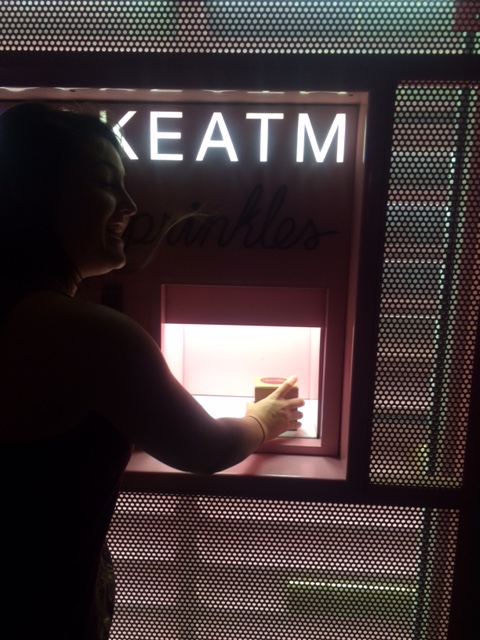 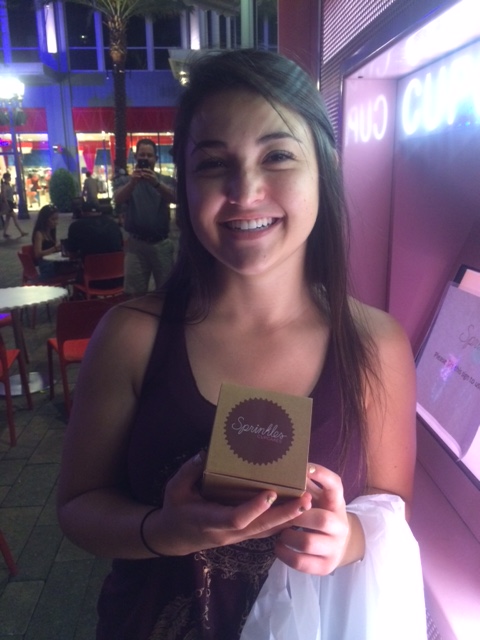 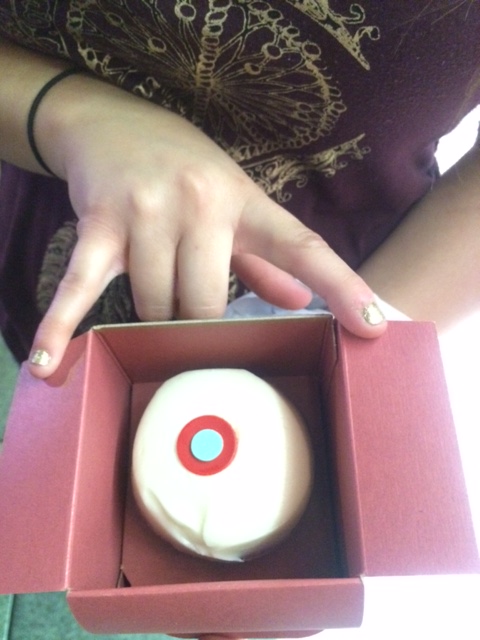 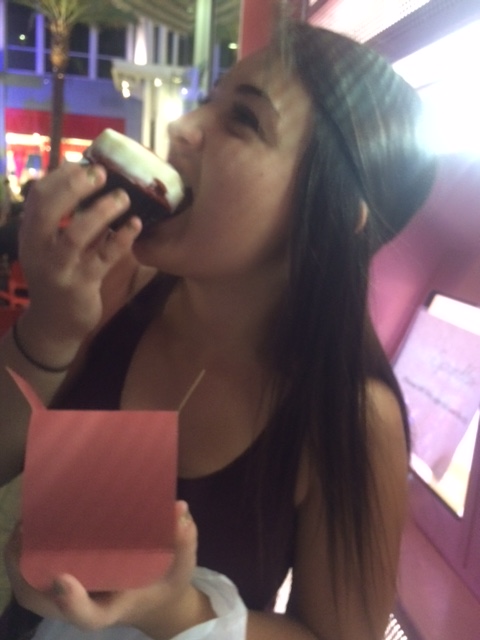 Queen B chose the red velvet (of course) and it was easily the best red velvet cupcake that either of us had ever eaten. Queen B said that finding that cupcake machine was the best part of her whole trip; you know a cupcake is good when it rates higher than a show featuring half-naked men.

But, we'll get to that story tomorrow.

Suffice it to say, the $4.50 price tag on the cupcake was worth every penny and, if we could have a cupcake ATM in our neighborhood, we would not complain.

Because our mouths would be full of cupcake, obviously.
Posted by Chelle at 6:37 AM