When Hugh and I purchased the house in Neighboring City for Queen B and Katie to live in, we were very clear that we would allow no pets.

In the year and a half or so that the girls have lived in the house, they have waged a near-constant war against that rule. They begged, they pleaded, they sent frequent emails and text messages extoling the virtues of a pet (a cat, in particular), including their ability to reduce their owners' stress, and, the girls were always quick to point out that, as college students, they were stressed. More stressed than anyone, ever, in the history of forever!

Or, so they would have us believe.

As Queen B's 21st birthday drew near, I could tell that their arguments were wearing Hugh down, and, despite my steadfast desire to stand by our rules, I knew that it was just a matter of time before he caved, completely. 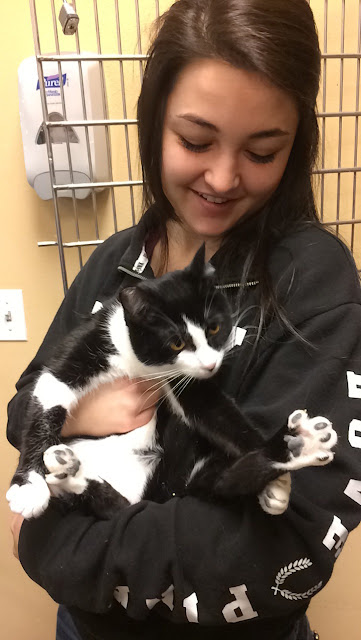 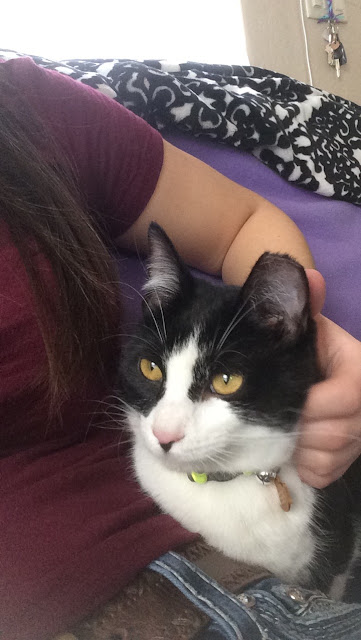 Anyway, Queen B is over the moon in love with her, and, since neither she nor Katie nor Emily are currently wearing straightjackets while bouncing about in padded rooms, I guess their levels of stress have been suitably lowered by Nemo's feline magic.

Also magical? A daughter's ability to bat her eyelashes at her daddy and magically get whatever she wants, even if it does take a eighteen months to accomplish. 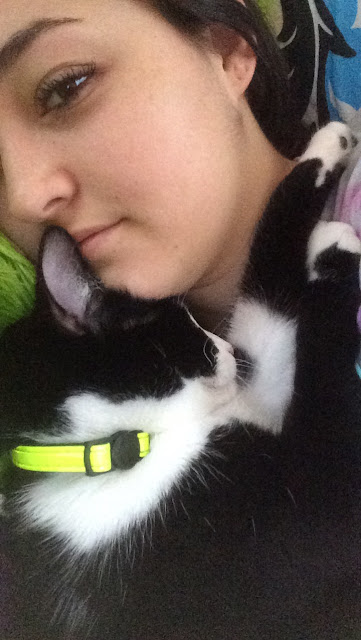