Happy Friday! Or, as I like to call it, Day That I Used To Take Off Before Day Job Clients Became Giant Pains in the Ass and I Had to Start Working Again.

I know, first world problems and all that bullshit.

Anyhoodle, after working for most of the day, I can at least say that I have a decent glass of wine with which to relax tonight, and, I have our baseball season opener tomorrow, so, all is not complaints and whining here in Chelle World.

Now, where the hell was I going with this post? Oh, yes; I was going to talk about how much I love my new kitchen appliance (did your eyes just glaze over?).

Several weeks ago, I impulsively grabbed the Nutri Ninja from a shelf at S@ms Club while shopping for things that I actually needed, like, toilet paper and cat litter. In addition to being an impulsive purchase, it was also a somewhat pricey one, which, I immediately set about justifying in my head with ridiculous phrases like "We'll finally embrace kale" and "Juice fasts are healthy!".

Yeah, sometimes I amaze myself, too.

Anyway, I got the thing home and proceeded to ignore it until last week, when I finally decided to man up and read the directions for use, which, in my head, I had envisioned as complicated and highly technical. Spoiler: Not so much; it's ridiculously easy to use as well as to clean.

So, my mornings now consist of a healthy blended breakfast, my favorites of which are a Clone of an Orange Julius, made with vanilla Greek yogurt, almond milk, half a banana, an orange, a splash of vanilla and a handful of ice... 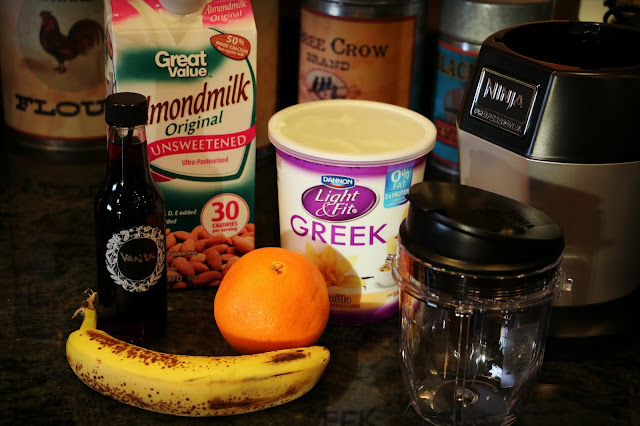 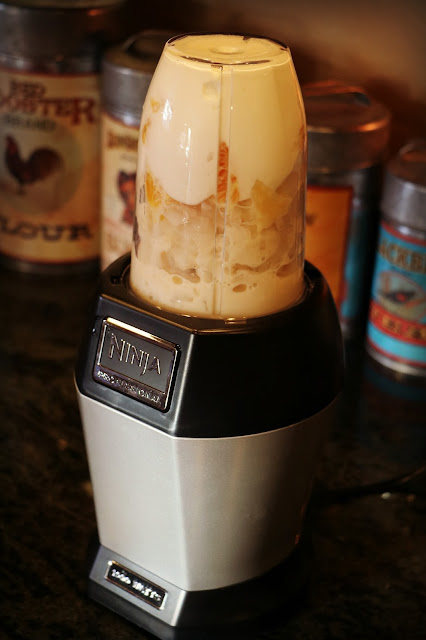 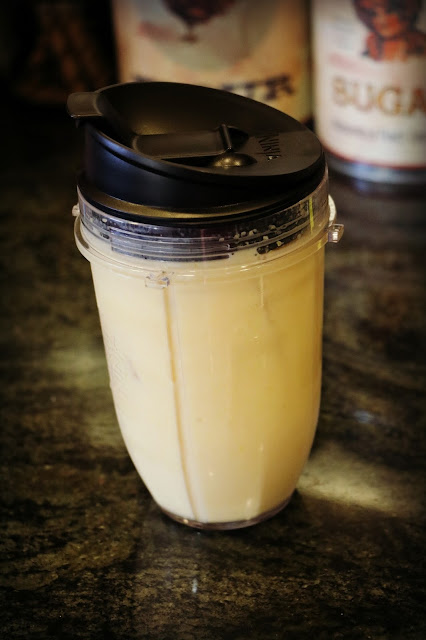 ...and anything involving berries. 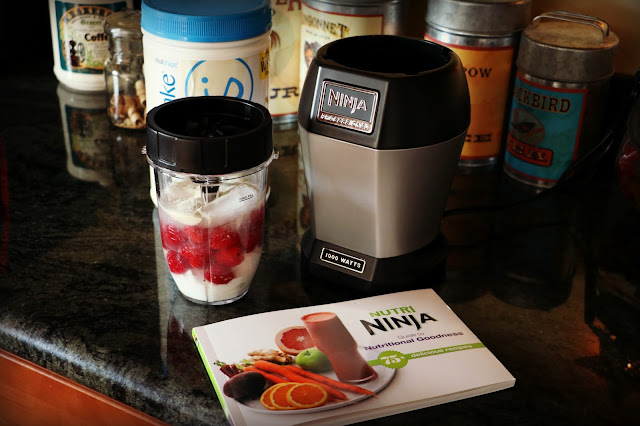 I haven't quite gotten around to purchasing kale, but, I'm not ruling it out as a possibility, so, my self-justification for buying the Ninja in the first place was only half-ridiculous.

Nutri Ninja for the win.

For the record: Still not doing a juice fast, that was just crazy talk.